Before I get into anything, I’m gonna assume you’re well familiar with GAP’s reveal, the controversy, and subsequent revocation, of their new logo? Okay then.

I’m all for listening to supporters, customers, fans (whatever you want to call the people, the consumers, who contribute to your business’ success). And in many ways, I’m fond of crowdsourcing, which basically means the community is making the call. It’s very democratic, maybe even socialist, and it means that everyone’s voice is heard in the decisionmaking process. It empowers the customer, it makes them as much a part of the company as an employee, or even the owners.

The Hundreds is rooted in this idea as well, to a lesser extent. Our brand is about being as open as we can with our supporters, without spoiling surprises or sacrificing our best intentions for the company’s direction. The blog and stores are intended to be the tool for that, to engage our audience as to our day-to-day, to make you as much of a part of the brand’s experience as possible. And the concept was derived from a very punk, indie music mentality: If you’ve ever been to a backyard punk show, or watched an upstart band play out of their parents’ garage, you know how exciting it was to not have the band detached from their audience, up on a stage, up on a pedestal. Instead, the band is at your same level, the singer may hand you the microphone to sing along to some of the verses, and afterwards you can shake their hands and talk to the bands about what those verses mean. 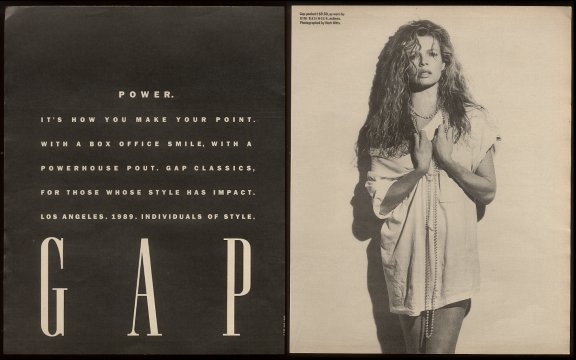 The difference from crowdsourcing though, and Gap’s predicament, is that the band isn’t asking you to write their songs for them. Their career trajectory and artistic direction aren’t contingent upon what their flightiest of fans want. The band sticks to their guns and moves on their own volition. If they’re feeling somber, they may change up their sound and make a darker album. It may piss off some fans, it may enlighten others, but in the end, it’s the band’s prerogative as to what to do with their art. And they do this repeatedly throughout the course of their career, and that’s the legacy they leave behind to their fans.

What kinda bothers me about Gap introducing their new logo, and then immediately taking it back because of online outrage, is that first of all, we’re talking about a 40-year-old retail giant that has set the benchmark for the world’s mall-streamed fashion. Gap has owned decades of mainstream clothing trends and their marketing influence ripples even as far down as us (I love their original print campaigns featuring celebrity iconoclasts, immortalized in Leibovitz photography). And they did this all by being themselves, by being Gap. You gotta figure this 15 billion dollar multinational corporation with 135,000 employees knows what’s best for their company. 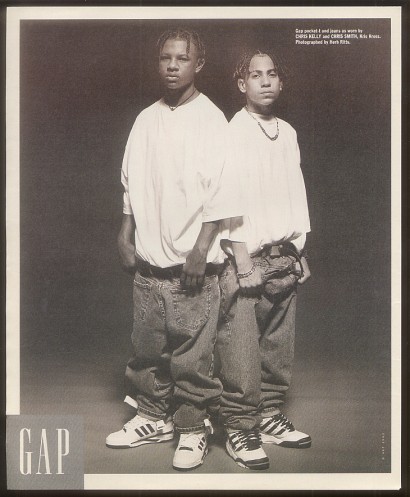 Unfortunately, that wasn’t the case. Because a number of critics, emotionally charged designers, and personally offended Gap customers all expressed their disgust in Facebook pages and clandestine commentboards, it took Gap mere days to rescind their new logo. Just like that. As if it never existed.

So I ask, Why? Because some people were pissed? News flash: People are ALWAYS pissed when a company changes it’s logo. Especially a brand with as rich a heritage as Gap. But more importantly, should Gap be heeding what outsiders suggest? (Many of whom I’d guess don’t even shop at Gap or care about it’s well-being). To bring it full circle, should Gap be putting their instruments down, walking out the concert venue and into a busy street, asking passers-by to write their next album? 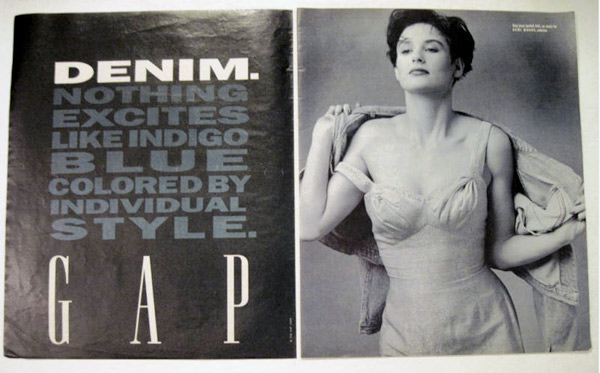 What happened to living and dying by your decisions, having a backbone as a brand, and being secure enough with your identity to follow your vision? In my opinion, Gap did themselves a greater disservice by crowdsourcing their new logo, and did far more detriment to their brand identity and company morale than a poorly designed logo could have ever accomplished. And they did this all by not following their heart, but instead, their ears.

I’ll leave it at this: It is very important to listen to your customers, but it is more imperative that you listen to yourselves. 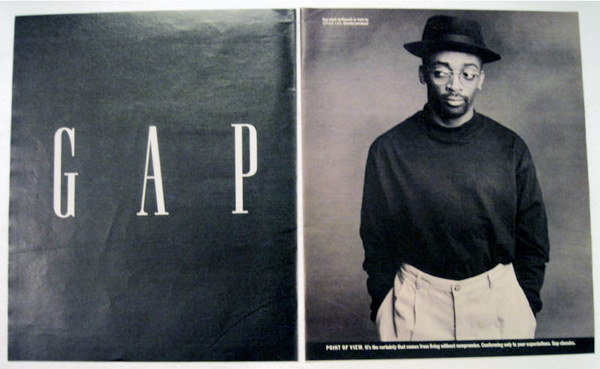