Kids these days. They want it all. That’s fine, that’s how we taught them. Dream big! Shoot for the stars!! You can do anything if you put your mind to it!!! But the reality of the matter is that dreams are nothing without hard work. Goals are zero without diligence. And everyone has a vision, but what have you done in the past 24 hours to achieve it?

There’s this theory of the “millenial generation”: Gen Y, which refers to pretty much everyone reading this blog, especially us degenerates from the ’80s and ’90s. According to the brainy ones (who get paid a lot of money to compartmentalize us), we are apparently lost – the most educated but also most unemployed generation: 85% of college graduates this year are jobless. That means we have the smartest, most capable set of minds in the history of human civilization, and we’re droning out on Black Ops slumber parties, celebrity Twitter feeds, and Music Television shows about pregnant teenagers (Team Maci). But we all know what we want, and for the most part, we even know how to get there. The gnarly part is that 99.9% of us will just never ever do it.

We’ve bred a culture of visionaries who can’t see beyond their next dream. I’ve heard it all, from the motivated and inspired youth around the world who seek higher ground. They approach me at the shops, lectures and parties. Bright-eyed and enthusiastic, bubbling with passion and avarice. They’re gonna start a clothing company! Not like any other clothing company! Or they’re gonna be the next “IT” rapper, on the cover of XXL in 6 months flat. At first, I was stoked – so many young kids dreaming big, following this notion that the world was theirs, that they could do anything. Do you know how many e-mails we get to our website everyday from another kid starting a t-shirt brand? How many I responded to over the years? And do you know how many people actually followed through? About as many that understand how Google+ works.

I guess I can’t blame them. It’s people like me who tell the youth that the sky’s the limit, and that inspiration and passion are enough fuel to cross the desert. We sit here and preach that all things are possible, that they too can dive into Scrooge McDuck moneypits filled with best wishes and high hopes. Then these romantic wanderers go out into the virtual world and watch neighborhood kids get plucked by record labels waving million-dollar contracts and the aforementioned teenage moms plastered on Us Weekly covers. It can happen to anybody, just like that. All you have to do is dream.

The problem with dreaming is that at some point, you have to wake up. (See: Inception) But even when some of us do, we’re still daydreaming in a haze. I was born in the ’80s and like many in my generation, we understood that there were certain universal goals in life. For some, it was big houses and fancy cars. For others, it was going on a date with Elizabeth Shue (maybe that was just me), but the main idea was to make money, take care of your loved ones, and achieve happiness. (See: Buddhism, Richard Gere)

But the millenials? Perfectly content with glory, fame, and all the nothingness that comes with it. That’s all they’re gunning for nowadays – the Instagram hearts, Tumblr reblogs, Yelp badges and Swag! Swag! Swag! Sure, they’ll take a million-dollar contract, but not to invest, fund a future business, or diversify a portfolio. It’s just a faster route to notoriety and celebrity – the reputation of being a millionaire will suffice. Most will get some modicum of glory (it’s not that hard, if you really think about it), and then what? And then it’s back to watching from the bleachers, admiring, sighing, and wishing. We’re like a buncha forlorn nerds in the lunchroom, clawing for an invite to the cool kids’ table and a second look from our schoolyard crush. When we should be studying for the exam to graduate and get onto our careers.

And that’s the key word: career. Longevity. The long haul. What’s really good with building a career, leaving a legacy, and making a substantial mark on this world? All the millenials want (and see) is point Z. They don’t want to sit through and listen to B or C, or work Saturday nights on J or K, or wake up early on Sunday for P and Q. They just want Z. And when they can’t endure the pains, struggle, and valuable life lessons that a few years of Ds and Es take, they’re onto the next one. Unfortunately, they’re missing the point. It’s not about Z, it’s never been (C’mon Z’s a crappy letter anyways, all it’s good for is Zebra and Pizza). A truly invaluable life is comprised of the journey: achieving and appreciating the entire alphabet. The hard work is the trophy.

Work hard. It’s that simple, guys. Just work hard and you’ve already one-upped the rest. It’s an unsung art, and it’s the answer. And unlike money or connections or all the other excuses people make as to why someone else has the advantage, hard work is something that everyone has access to.

Now give yourselves an Instagram heart for reading through that entire thing. That looked like hard work. 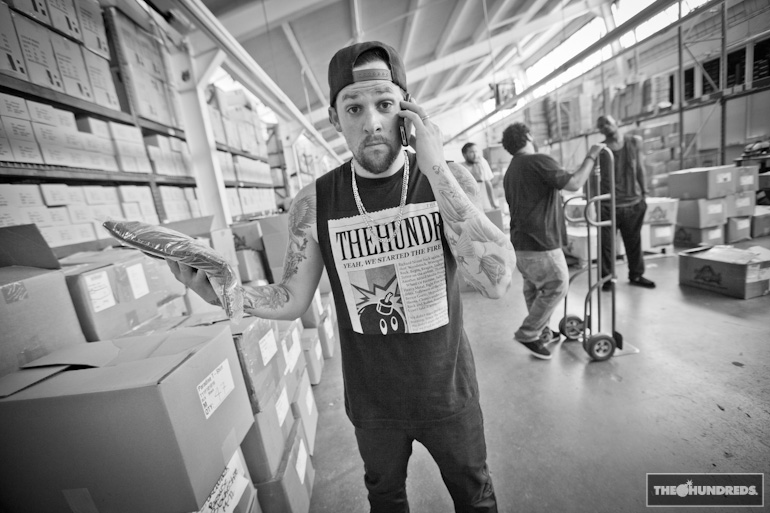 (These are my very close friends Joel Madden and Alexander Spit. Both are two of the hardest working people I know, and have built very different audiences and careers off the tenacious desire to create and communicate. One is mainstream, the other is underground, but the commonality is that they are both in for the long haul and have proven their worth with rigorous touring, late-night studio sessions, going for broke, blood, sweat, and tears. Theirs is the kind of brand integrity and value that no money can buy, but can only be earned with time and discipline.) 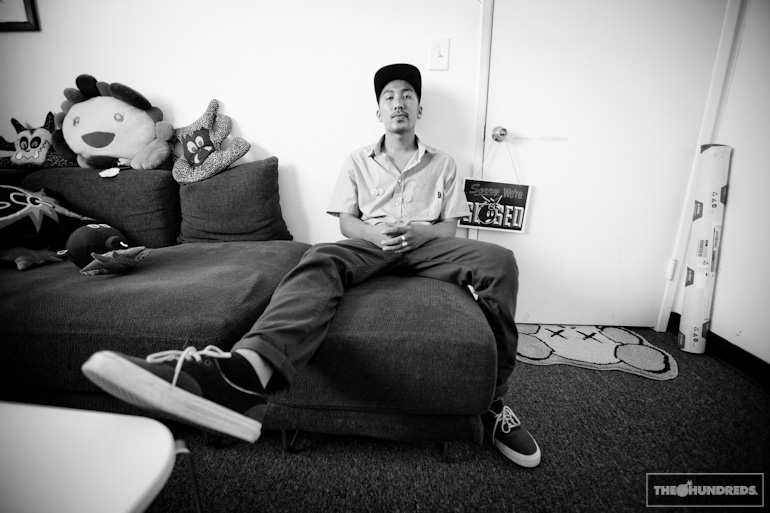