IT'S ALL IN THE DETAILS.

1) This is the storefront to THNY. Right now, a scaffolding is obstructing the view, but I just wanted to give you an idea of 96 Grand Street. This building was built in the late 1800s, it’s well over a century old, and still standing. It was important to Ben and I to find a very authentic, “New York”-feeling store here in the historic district of SoHo. A space that was rich with history and the character of old New York City. And I think we nailed it. 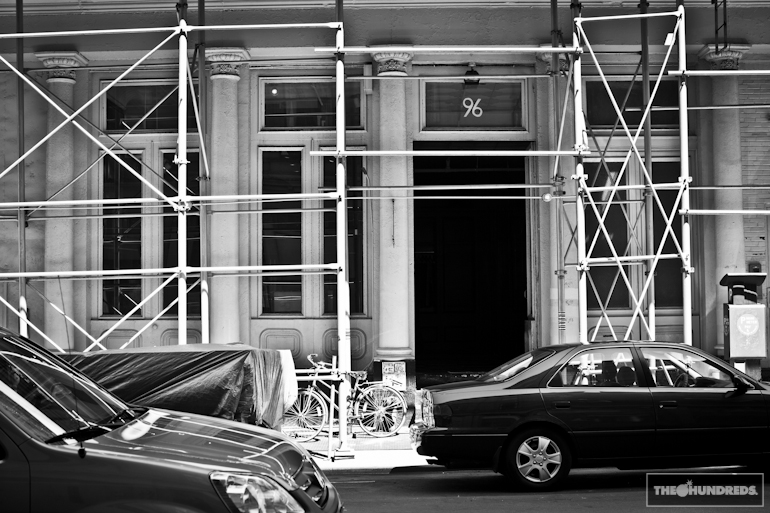 2) Ok so there’s a rhyme and reason to most of this. Try to keep up. First, you’re looking at the side profile of the store, but I want you to notice the rear and front of the space. 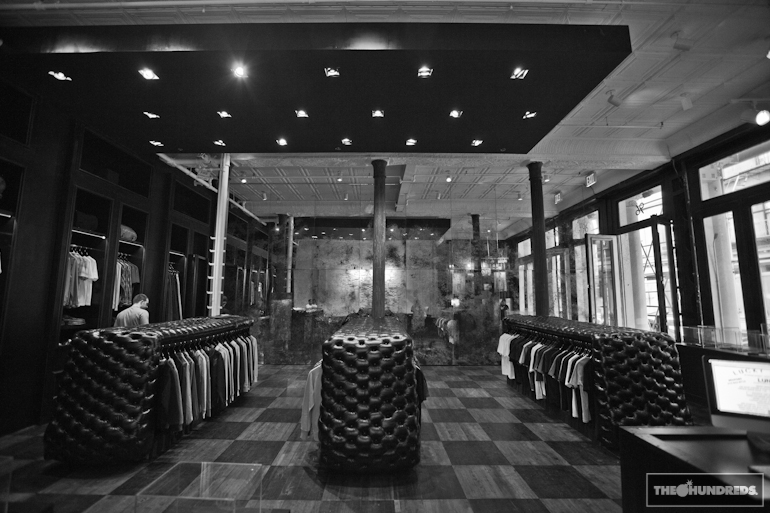 Notice the lofty narrow swingdoors that make up the shop’s face: 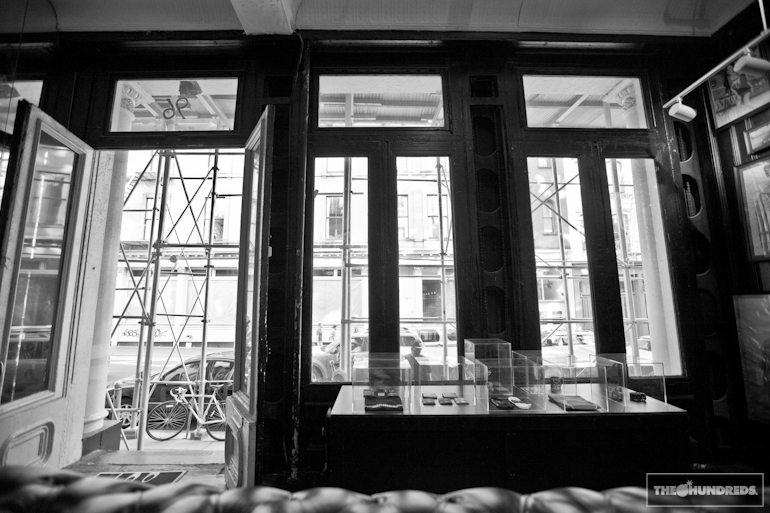 And now turn around to face the back of the store. The rear wall is a virtual negative of the storefront. The inverted “doorframes” have been morphed into shelving and deep cabinetry. 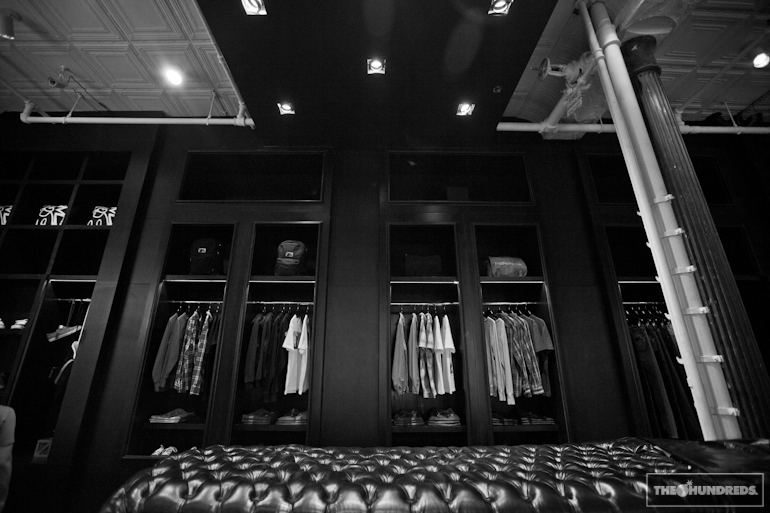 3) And once more, look up. The vintage ceiling square tins are reflected off the floor’s checkerboard pattern. The squares are all the same size. 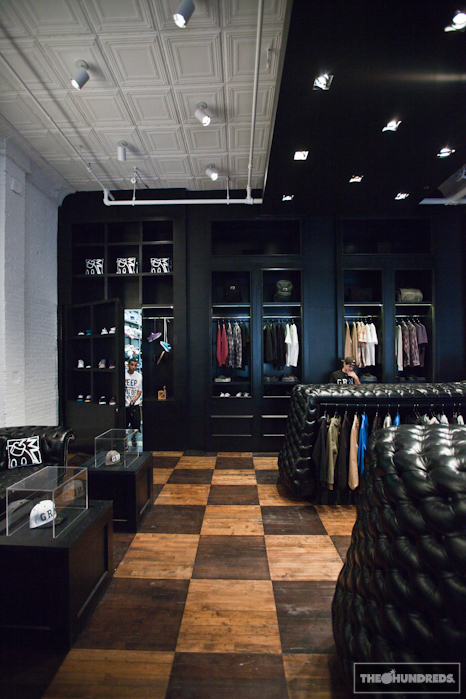 4) The mirrored wall boasts a Walt Whitman poem, that is an ode to what we seek to do here with this space. 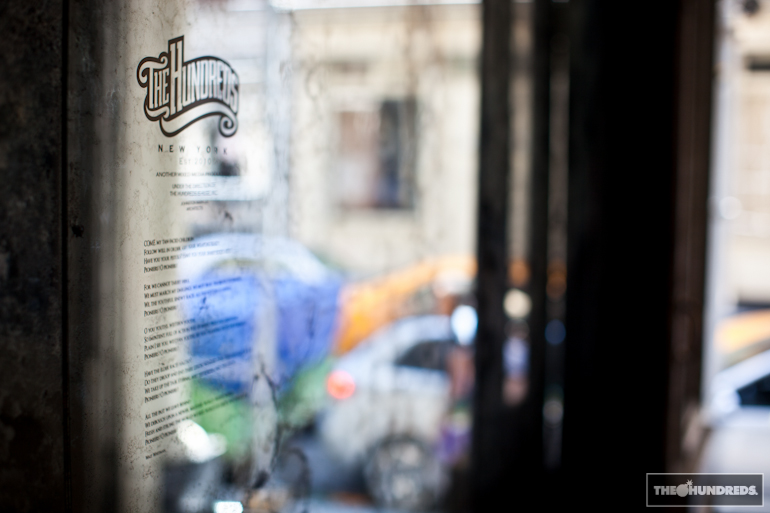 5) And speaking of this wall, it’s been meticulously treated to give off an aged and weathered impression. The overall effect was to add a mysterious tone to the store. Our goal was to feel as if we had been here for 70 years already, so, our spirits would be captured in this room. When you watch your reflection in this great expanse of mirror, you may recognize yourself, but it’s not exactly the same. Yeah, kinda ghostly and eerie. 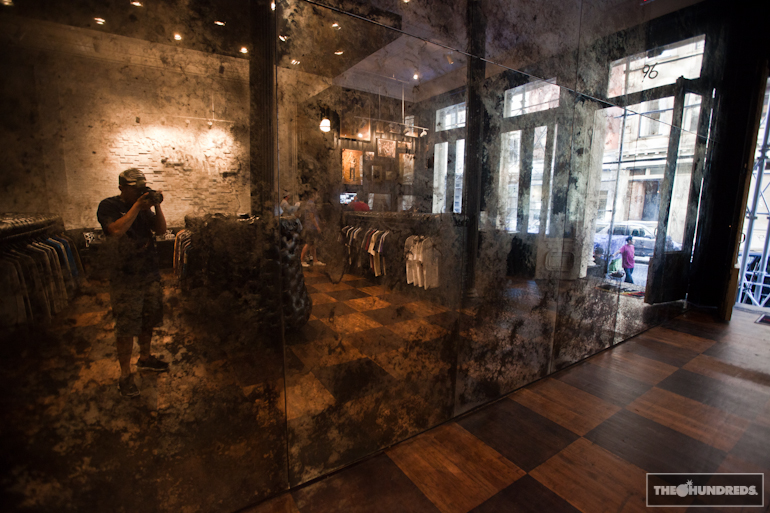 And to elaborate on that idea, there is one location along the mirrored wall, where if you look close enough, you may see an apparition of upcoming product releases that haven’t been publicized yet.

Can you find them here? 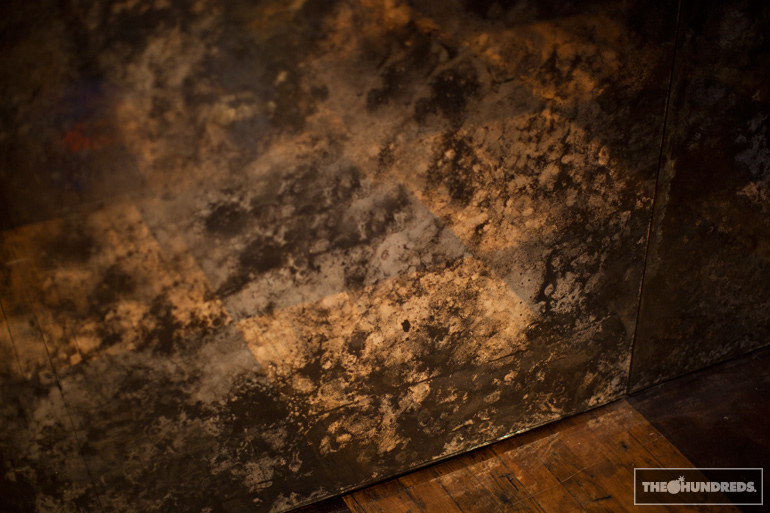 6) And one last note. If you’ve noticed that looming THING overhead…

It’s a reference to the monolith from 2001: A Space Odyssey. As I was saying last week, all The Hundreds stores have continuing themes. THLA’s skull-and-bones graveyard installation (of which the pieces were pulled from the Pirates of the Caribbean movies) evolved into THSF’s Skull Rock cave interior, which was an homage to both Peter Pan and the aforementioned Pirates…

One of The Hundreds San Francisco’s most obvious design inspirations came from 2001: A Space Odyssey, especially since the Kubrick film plays so well off the continual thread of time. In that movie, the existence of these black flat cuboids, monotliths, basically hold the time-space continuum together. They pop up throughout the story’s different time planes.

Likewise, the monolith shows up here in The Hundreds New York, transported from The Hundreds San Francisco, and tying all 3 stores together. 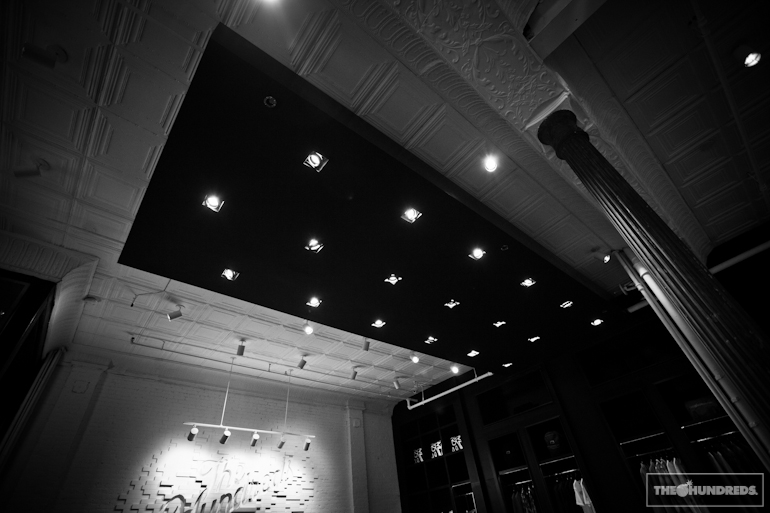