I’ve been shooting photographs since 1994. Almost every single day of my life, with a camera around my neck, documenting skateboarders and live shows and world travels. To the point where an experience is not complete if not captured through my viewfinder.

But I still have trouble identifying myself as a “Photographer.” Mainly because of how highly I esteem the position and label of “Photographer.” It’s not a title that is taken lightly, it can’t be adopted through the purchase of an expensive digital camera, it’s not bequeathed unto those with a rad Tumblr of “vintage” weirdo shots. I see what it takes, and how very serious and involved it is to be a photographer, and I know I’m not that. I strive to be that, but I’m not quite there yet. 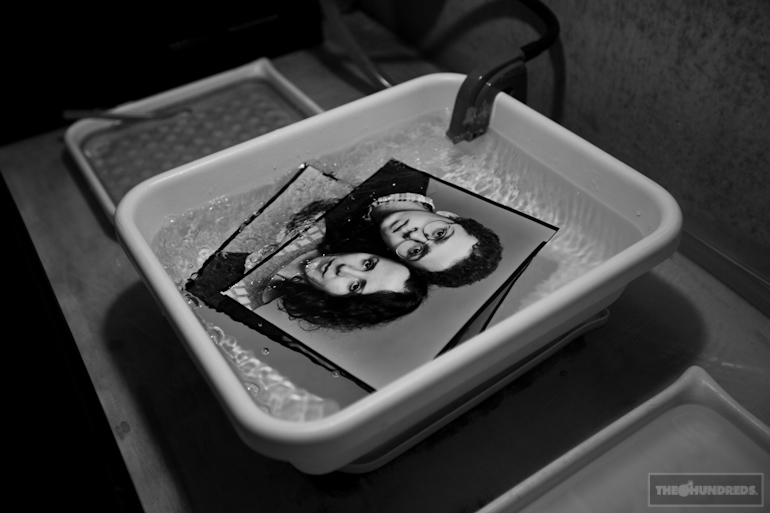 Michael Halsband, on the other hand, IS a Photographer. 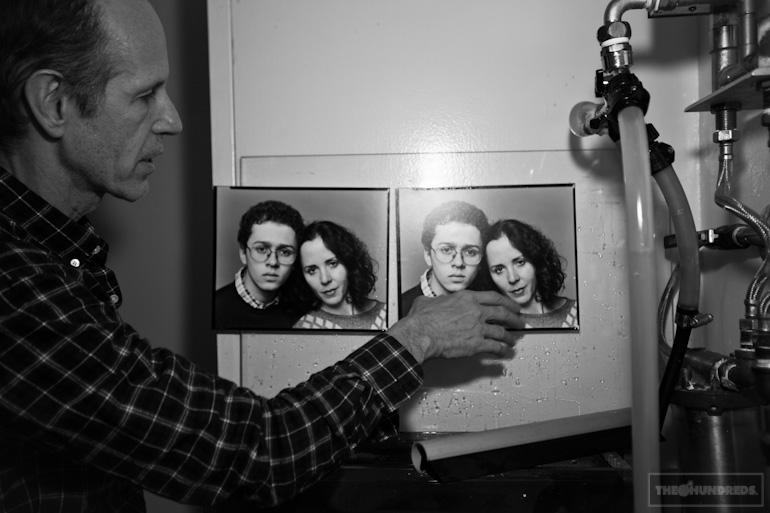 Here we are in the darkroom of his New York City photo studio. He’s been working and crafting in this space since he was 23 years old. And now, at 55, he exists symbiotically with his environment — the developer and chemicals and lights and film, they are all an extension of Michael Halsband. 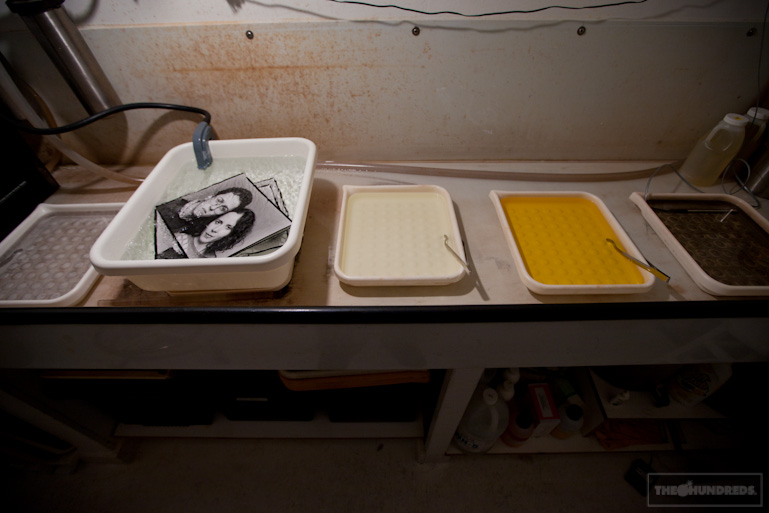 Michael Halsband has gained notoriety for multiple iconic stills, like the Warhol vs. Basquiat boxing portrait, his documentation of the Rolling Stones on tour in the ’80s, and other imagery that have graced the pages of Vanity Fair, GQ, and Time. He is a film photographer; he has nothing against digital, he just sees it as another medium that hasn’t struck a chord with him just yet. But to be with him here, and witness his ritual, speaks immeasurably of the life and organic energy that comes with photography done the old-school way. 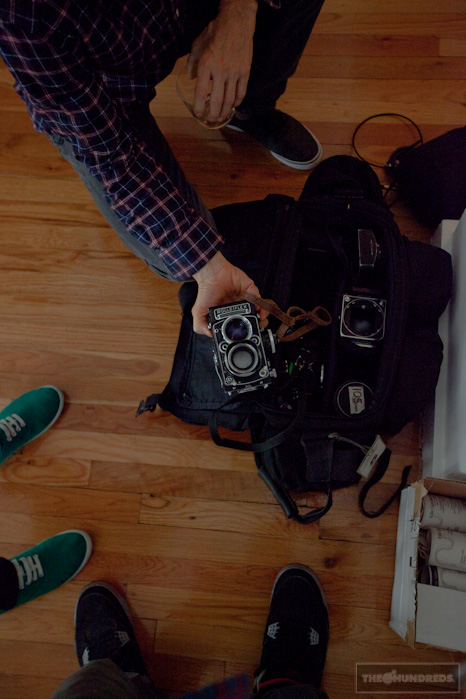 Michael states that everything done in the studio is relatively nil compared to the alchemy that transpires in the darkroom. That’s where his passion lies, in the tight spaces of foreign liquids and materializing prints. He works tirelessly to lift shadows from jawlines, unearth light from empty recesses of sunken eyelids, even out scrupulous tones in subjects’ complexions. A little yellow here, a drop in red there, the tussle of midtones — this is Photoshop and Lightroom in the flesh; to understand photography, truly, is to see it from his perspective. 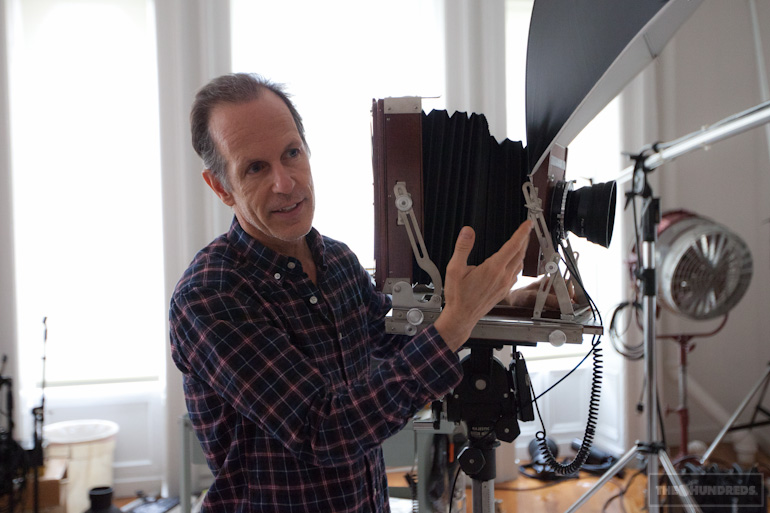 He has probably a hundred cameras stationed around this room, but his secret weapon is this 8 x 10 Deardorff. 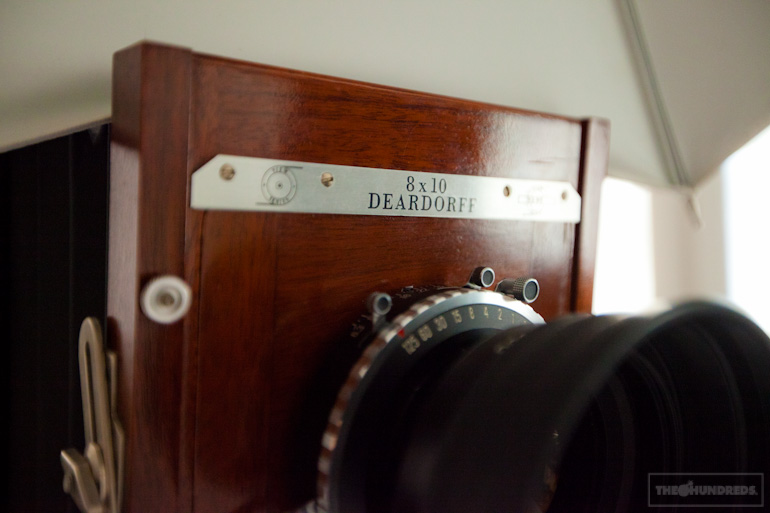 Out of production for decades, this camera performs and achieves in ways that modern-day machines can’t. The negatives are singular, huge (the same size as the prints), the body swivels and sways to align with the subject’s natural angles – so that everything falls in focus. 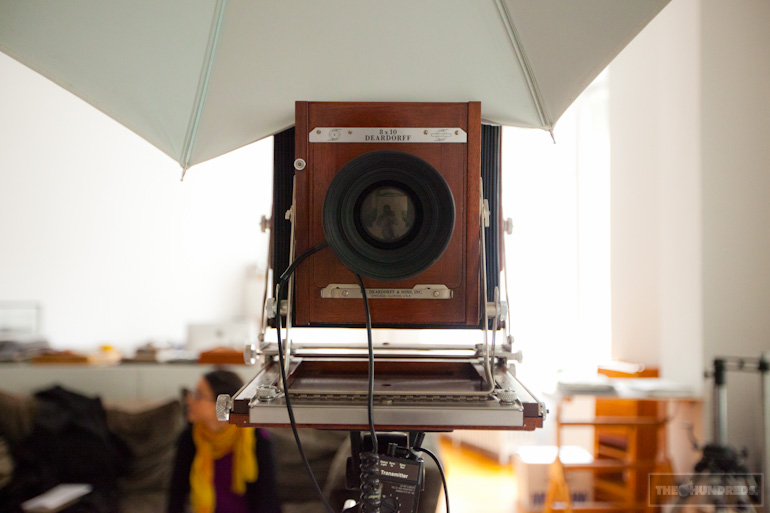 For the past half-decade, Michael Halsband has been consumed with shooting portraits exclusively. He adamantly defends he’s not working on a book, but it’s not a bad idea. The photographer’s captured his closest friends and life’s associates right here in front of the Deardorff – many of them rising from the skate, surf, and music world. Steve Olson was “hanging” in here last week, Mike D, the Gonz, and today he is working with Alex Corporan. 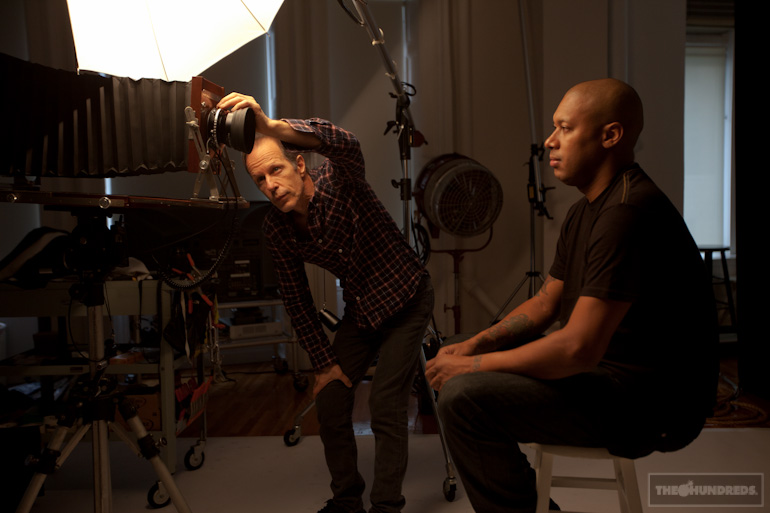 One thing he’s learned over the decades is to work with his subject. So many photographers try to control the situation, and in his earlier years, he was so much more invested and proactive in determining the outcome of a shot. But he has learned to let so much of that go, to engage with the person in front of him and create something fluidly together. Certainly a lesson that can only be learned and appreciated through time and experience. 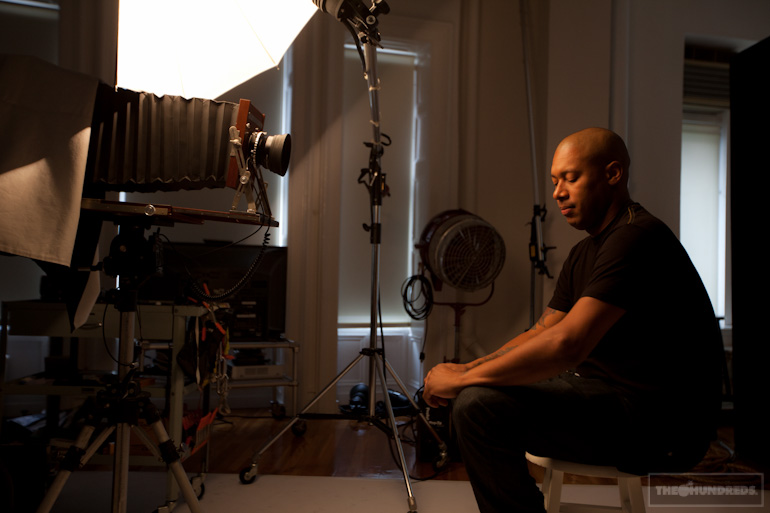 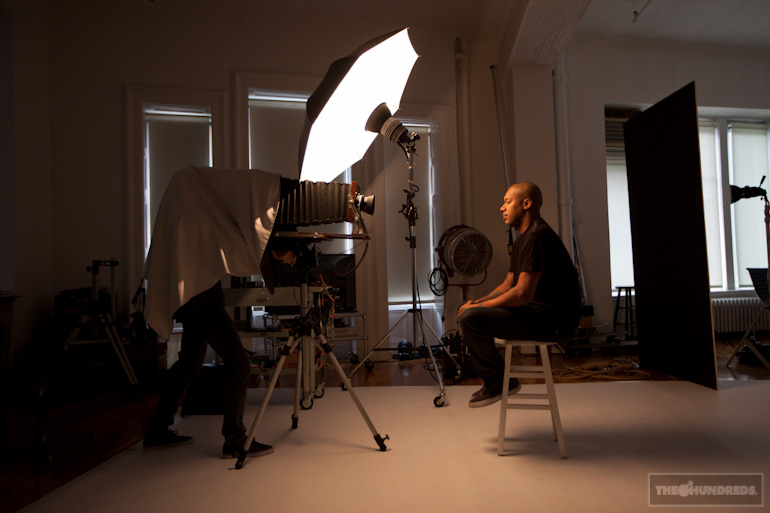 Alex remains poised as Michael adjusts and compensates. The photographer recognizes that it’s as much work for the model as it is for him. 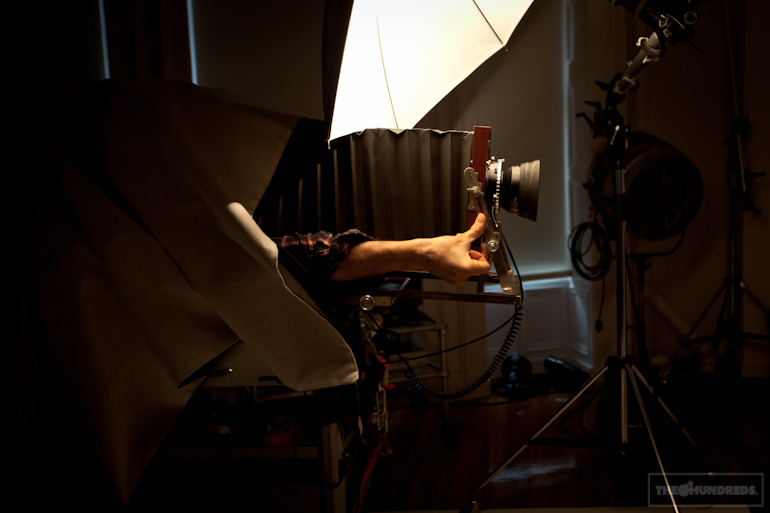 He then grants me access under the cloak to see what he sees. 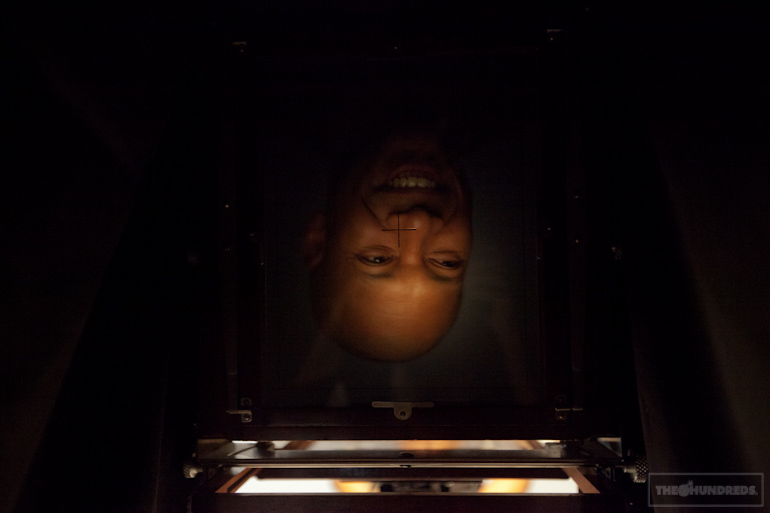 Followed by a loud pop, the flash illuminates the room, and the photograph is set.