I just got back from the Imprint Culture Lab conference in downtown L.A. The first session of the morning was the “Speed Scribe” panel, the topic being the importance of blog culture, hosted by the original “cool” blogger, Josh Spear. On the panel were Brian (Gizmodo), Jeff Staple (Staple), Danny Choo, and Rob Heppler (Weekly Drop). Combined, these 5 guys have a steady following of 20 million readers who check their sites everyday. Exclamation mark. 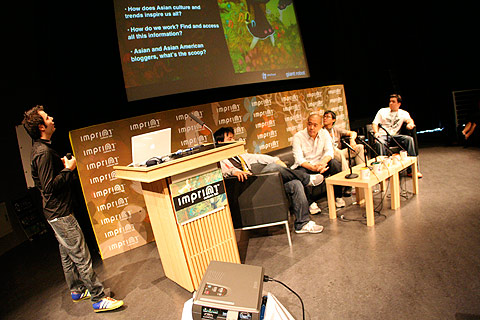 I also learned that 50% of Americans regularly read blogs, 8% have their own, and that some of the top blogs run by average Joes have wider readership than the largest mainstream media publications. Basically, blogs have completely taken over our lives and are eating away at the very fabric of our society, like scurvy.. or Gremlins. But in a good way. In a cultural way. 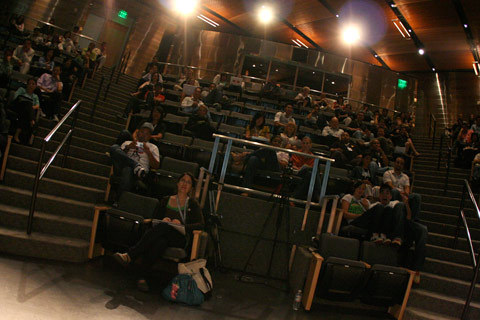 Next up was the “Pushers of Fabric” panel that was essentially a streetwear discussion forum, with Aly (Fiberops), Jeff (Staple), Jennifer (New Era), and myself (The Hundreds DUH). Aly breaks ’em off with his story, from Phat Farm to ADI to Dub/Droors to Triple5Soul to Alphanumeric to… 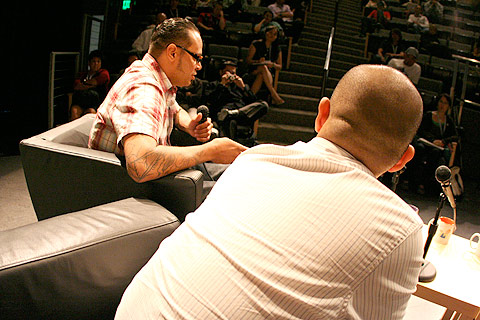 Ben Clark is a great photographer I used to work with a lot back in my Transworld days. The coolest thing I remember about Ben is that he shot all of Wahoo’s Fish Tacos’ stock photography, so Wahoo’s gave him a Lifetime Free Fish Taco card. 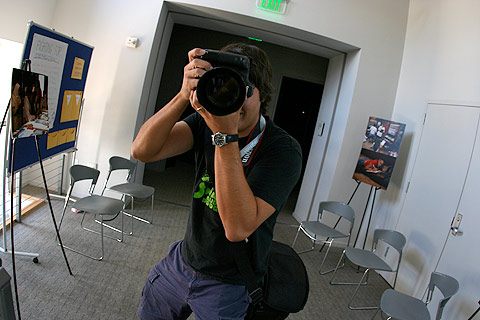 This guy saves his favorite images from our website onto his iPod. He loves the Rhandy. 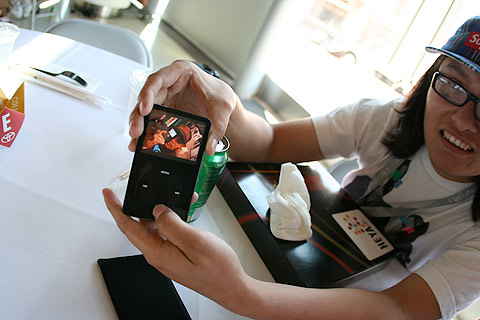 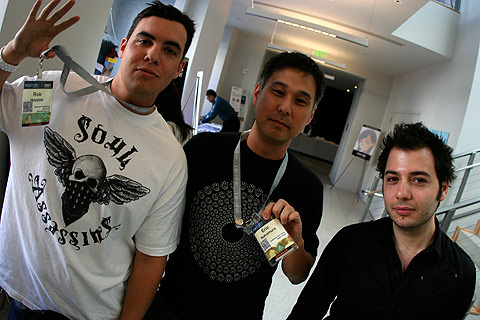 Daniel Wu is the Brad Pitt of Hong Kong, and the Chinese media certainly treat him the same way. He gets chased by paparazzi wherever he goes, and he’s always getting gossip run on him. So wack. But did you know he once dated Maggie Q?? And now he’s with Lisa Selesner! They were seen together at the zoo! Britney’s fat! 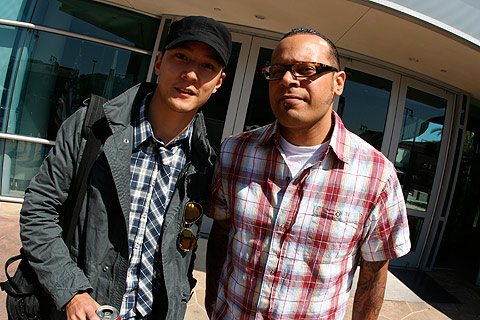 All these people were here just to see Daniel Wu. Britney’s fat!!! 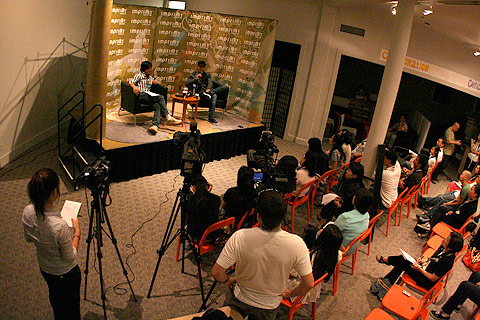 As if blogging wasn’t fast or information-rich enough, now you’ve got Twitter. 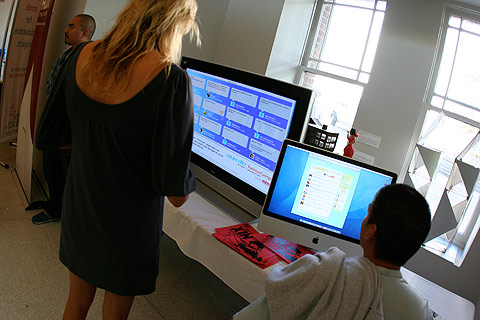 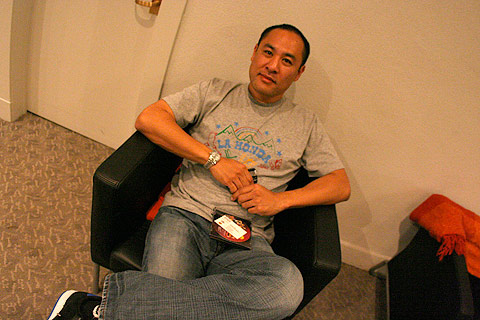 As the afternoon waned, our boredom grew. Iris and Rob look different with clothes on. 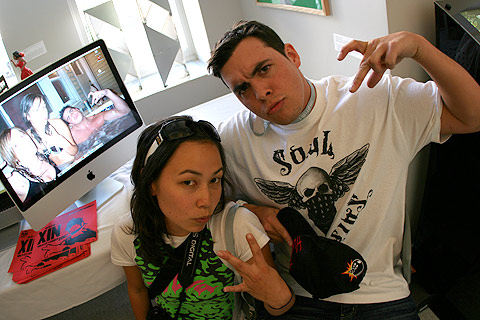 Brian (Guttersnipe) and the randomest chick ever. 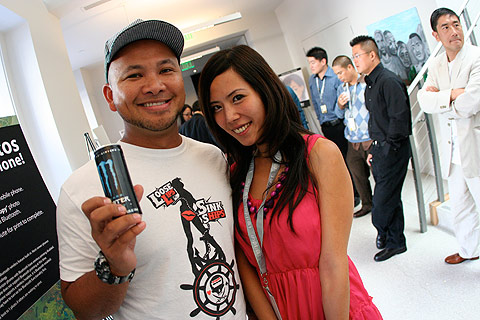 We found some poor guy’s photograph and played a few rounds of Pin-The-Face-On-The-Donkey. 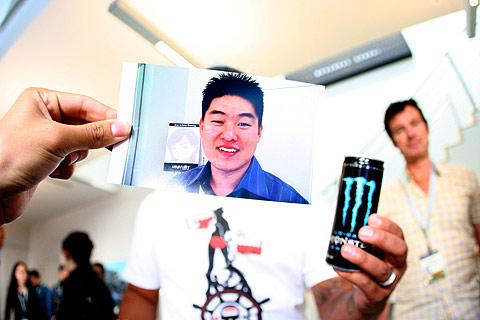 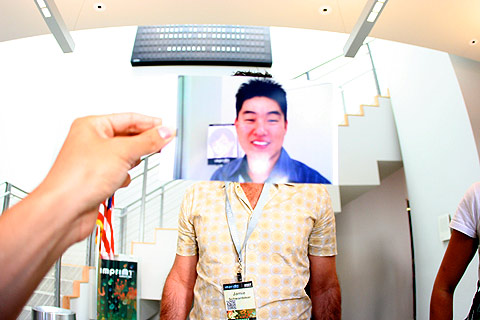 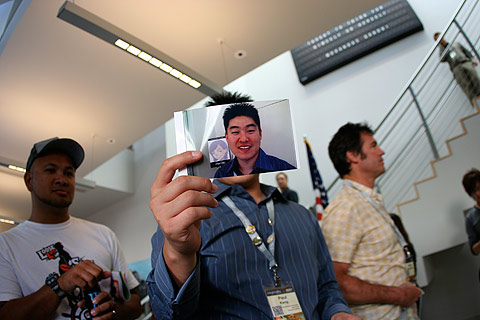 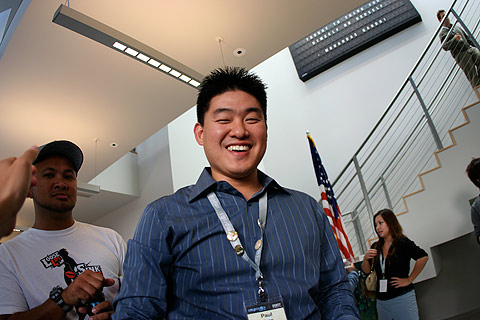 I need to put this on a t-shirt. Really though, who’s the 3rd guy? A bloated Warhol? A sad Danny DeVito? 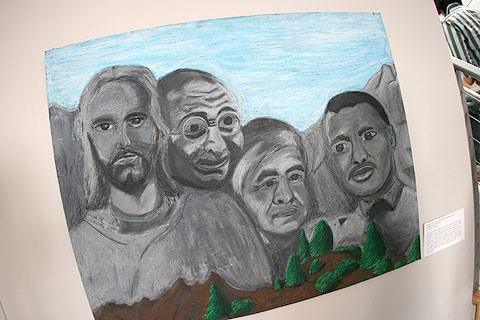 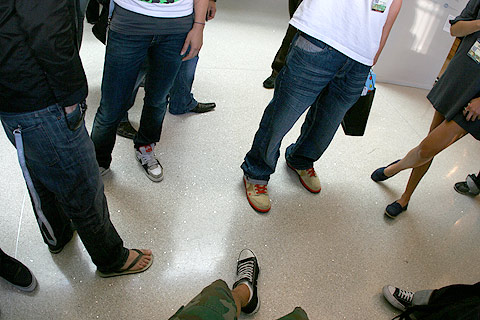 Yes, Rob is always like this, even off the air. 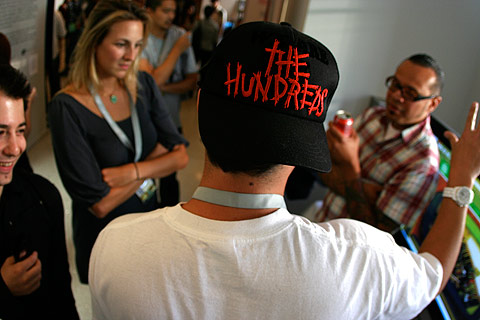