This may very well be the greatest The Hundreds story, never told.

As many of you already know, The Hundreds was conceived while Ben and I were law students. Maybe it’s not the coolest chapter of The Hundreds’ history, and you probably don’t wanna believe that your favorite Streetwear brand was formulated by lawyers, but it’s true. For years leading up to law school, I freelanced for magazines: writing, contributing art and design, my photography… but then 9/11’s toll on print media left me desperate for a stable career, one with which I could keep up my creative endeavors after-hours and still collect a steady check to fund my dreams.

Friends suggested I consider being a lawyer — After all, I liked writing (and arguing). But the reasons I enrolled were political activism and social work, something I held close to my heart, and so I entered law school with the firm intent of championing the voice of the people and dismantling the system from within. It was 2002.

To everyone’s surprise, ESPECIALLY mine, I finished my first year of school near the top of my class. So I landed a swanky summer internship, working for a judge in Los Angeles Superior Court and a veteran research attorney by the name of Abram Edelman. Abe, as he introduced himself, was universally revered in the L.A. legal community for a couple reasons. One, he was a verified genius. Like, MENSA genius. He literally memorized the library, so if I ever needed help with a case, he’d close his eyes, walk alongside the shelves, and run his palms across the spines of century-old books until he “sensed” the right one — Arbitrarily flip open to the 894th page, thump a finger down on the third line, and declare, “Right there. That’s your answer.”

But everyone in the courthouse also knew about Abe for something else. The great Abe Edelman had finally faced a problem he couldn’t solve: Abe Edelman was dying of cancer. At 48 years old, Abe looked a day shy of 80. He had long since shed a power suit and tie, instead donning loose, dirtied sweats to cloak his colostomy bag and other medical apparatus. He was bloated and awkward, a side-effect of treatment, and labored under heavy breathing if we walked anywhere beyond the building’s perimeter. His face was discolored and obscured by a liquor store baseball cap and the foliage of a graying beard worthy of ZZ Top. If you didn’t know of his condition, you’d pass him off as a homeless vagabond. Abe, the smartest man in the zipcode.

He was dryly arrogant and prideful. All the average-brained people in the world irritated his daily existence, but he’d graciously accomodate their debility. As he succumbed more and more to the illness, his patience with the world wore thinner still. Sometimes I’d catch him on breaks slumped into the hallway’s long wooden bench, staring vacantly through the wall in front of him; he was already seeing beyond.

Thankfully, that summer of 2003, Abe put up with me. We’d talk about work, but we’d also discuss weekends and women, and he’d recount the most disturbingly hilarious stories (remind me to tell you the one about finding quarters in his bathtub). Soon enough I was divulging my plans for a project I had started with a friend, whereby we’d be putting my art onto t-shirts and backing up their stories online. It was to be called “The Hundreds.” Abe loved it, and everyday he’d steal glances at my notebook as I doodled graphic concepts or rough logos. He didn’t ask me too much about The Hundreds, I think he understood how madly the ideas were fomenting in my mind and he didn’t want to interfere. He let me do my thing.

The close of the summer also meant the end of my internship so on my final day of work in September, Abe called me outside to take our familiar position on the bench one last time. He asked me how the experience went. “Good. Fine. Awesome.” And if I had learned anything. “Totally. A lot. Crazy.” Abe then congratulated me on my work, lavishing praise, that I was one of the brightest interns he’d ever worked with and that I had a promising future ahead of me as a lawyer.

He looked upwards and said, “Bobby, you’re gonna have it all, man! The cars, the houses, the girls. You’re about to make a TON of money…”

“Awesome. Totally! Crazy!!,” I could only muster, as visions of dollar signs and Maseratis danced through my head.

Then Abe drew a deep breath, returned his gaze to me, and with a bold tone, proclaimed, “…but you should NEVER be an attorney.”

This is me being stunned. Wait. What?

“Bobby. Look at me,” he motioned to the alien fixtures surgically bound to his waist, “I’m 40 years old, man, and I’m gonna die.” Tears welled up, not out of sadness, but anger. Abe was pissed. This cancer was robbing him of a perfectly good life, without explanation and without prejudice. “Do you want to die at 40 and realize you spent your life doing something you weren’t passionate about? At least I can say I did something I cared about and loved. You don’t love being a lawyer. You’re not passionate about this. You’re passionate about The Hundreds. I see it in you, I see how you talk about it, it’s all you ever think about, man. Do The Hundreds. Life’s too short –” and the rest was lost between broken sobs.

The world took on a different light that afternoon, and I haven’t been able to shake it since. From that day forward, I avowed myself to The Hundreds, but more emphatically, to a life of pursuing passion. Ben and I had started this project for fun, as a creative outlet, but now I appreciated it’s significance and potential. There was no turning back, no other option. Abe was counting on me to live a life worth living. 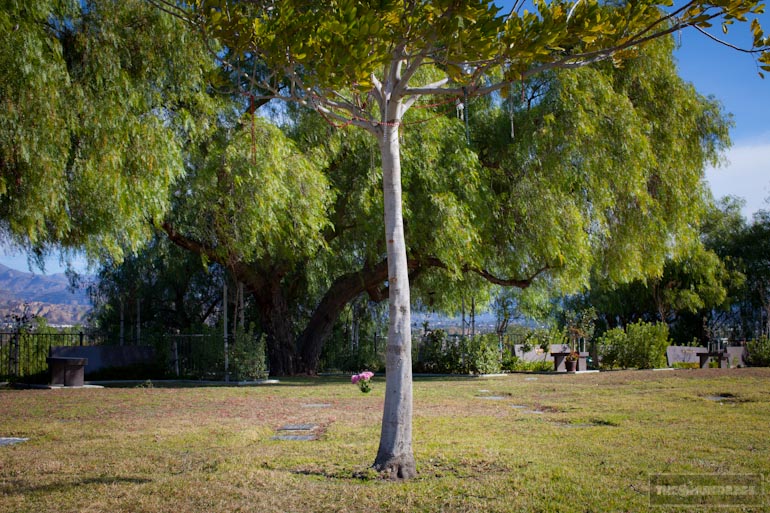 But his spirit remains vigilantly alive and at war, everyday, in The Hundreds. Abe. Forever. 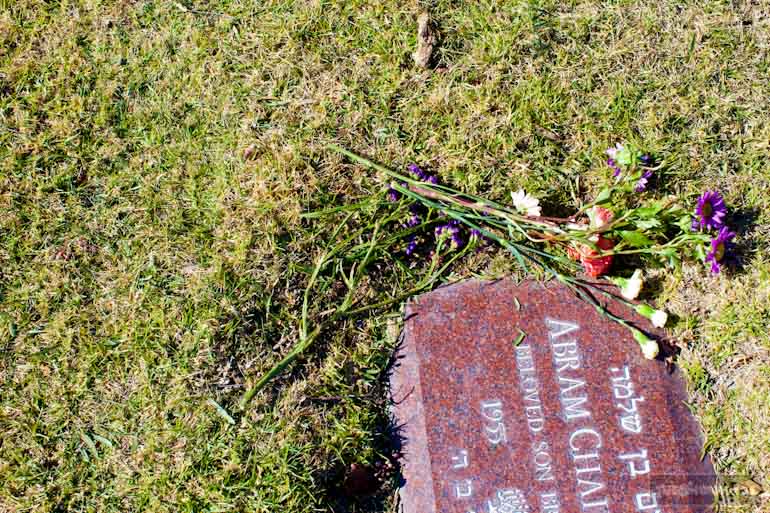