On May 15, 2011, UTAH and ETHER—known as the Bonnie and Clyde of graffiti—broke their probations and boarded a plane to India. “Our probation had so many conditions, such as reporting every week (sometimes several times a week), not traveling outside of NYC city limits, and random house calls from POs,” the couple told The Hundreds. “Even being in possession of basic art materials like paint or markers would have been in violation of our probation. We decided that we just couldn’t live like that, putting our lives on hold for five years. We knew we wanted to go somewhere new, somewhere we hadn’t been before and somewhere where there were lots of walls, trains and metros to paint.”

India was their first stop, but it wasn’t their last. Breaking their probations meant that the couple could never return to the U.S. without facing automatic jail time, and so UTAH and ETHER embarked on a 5-year journey that would take them to 11 countries and 37 cities throughout Asia. This journey is now documented in Probation Vacation: Lost in Asia, their first monograph, which was released this week. The 180-page hardcover book features full-color photographs and detailed accounts of their adventures, such as “that one time someone got caught smuggling heroin on our night bus from Guangzhou to Shanghai, and that other time we got deported from China because the police thought we were American spies trespassing on metro property.” In the following exclusive interview with The Hundreds, UTAH and ETHER discuss Probation Vacation, their experiences in Asia, and if it was all worth it. 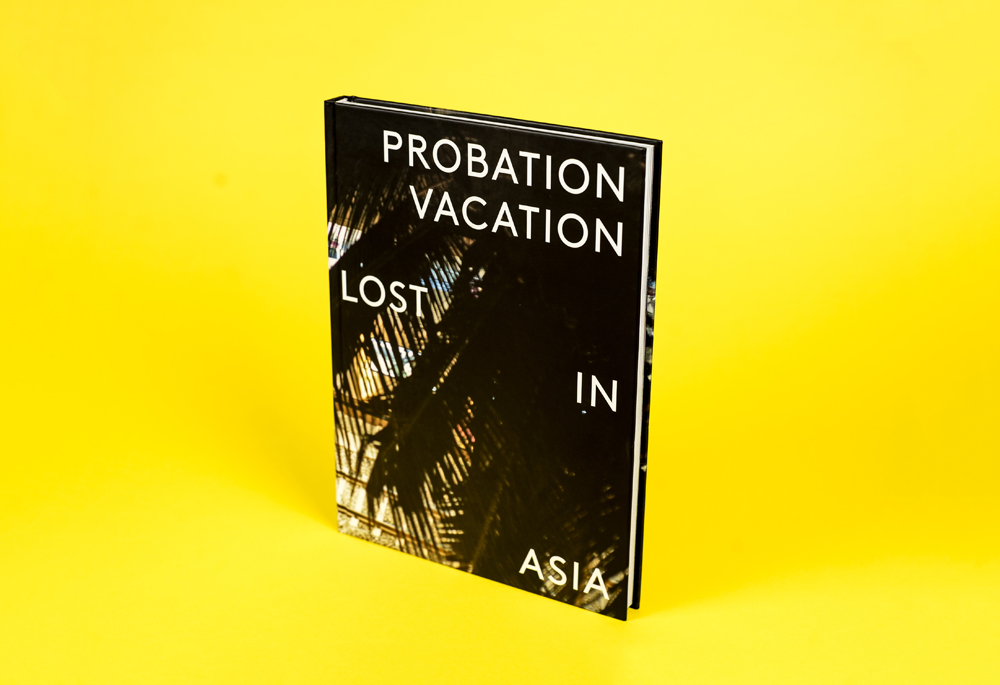 How did this project begin?
We started tossing around the idea for Probation Vacation: Lost In Asia back in 2010 or 2011. At the time, we had no idea what we wanted to do, we just knew we wanted to do something interesting that involved traveling, painting metros, and documenting it all really well. We had discussed the idea of a book, but we knew that we needed to do something more, something special, so that we weren’t making just another graffiti book that would blend in with all the other graffiti books already out there. The idea of a DVD was tossed around, but it seemed kinda passé to be honest, because who even buys or watches DVDs anymore?

We considered a book with a flash drive of the videos included, but being that the videos would probably just end up on YouTube or Torrent sites within two weeks of it being released, it seemed a bit pointless. The more we discussed it all, the more we felt that though we wanted to do a limited run of the book, it was important that the videos be available for free online, for as many people to see as possible. We thought that having a project comprised of an exclusive element, and an element that would be readily available to all, provided a nice juxtaposition. Also, we thought the intimacy of the photographs and text in the book contrasted the intense, non-stop action of the videos in a way that gives a good balance to the story of our time spent in Asia. 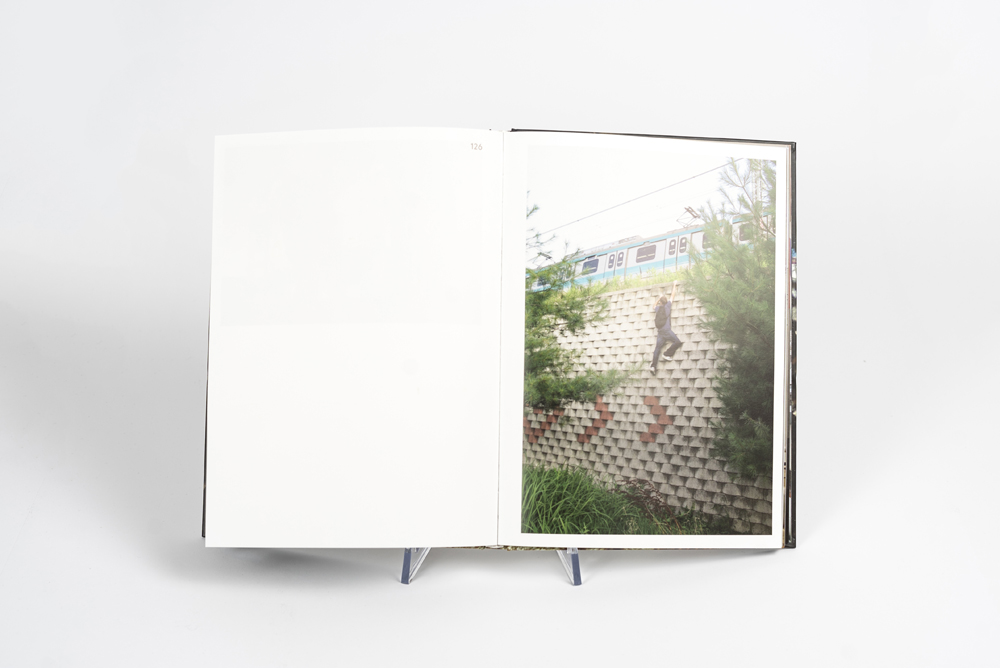 Did your legal problems in the U.S. impact your decision to go to Asia?
Our legal situation definitely played a big role in us going to Asia and starting this project. In 2011, we had both finished serving yearlong jail sentences for graffiti in NYC and Boston. When we got out, we knew that we wouldn’t stop painting, and considering America’s predicate felon laws, we knew that painting would just lead to us going back to jail or prison. As much as we enjoyed our lifestyle in America, up until our legal problems, we realized that if we wanted to progress (as artists and as people) we’d have to leave it behind and adapt to our new situation—that in the eyes of the law, we were now felons, and as such, our rights, freedoms, and opportunities were restricted.

Also, in addition to our jail sentence, we had five years of probation, so getting caught doing anything or having any police contact would have meant a direct ticket back to jail. Our probation had so many conditions, such as reporting every week (sometimes several times a week), not traveling outside of NYC city limits, random house calls from POs, etc. Even being in possession of basic art materials like paint or markers would have been in violation of our probation. We decided that we just couldn’t live like that, putting our lives on hold for five years. We knew we wanted to go somewhere new, somewhere we hadn’t been before, and somewhere where there were lots of walls, trains, and metros to paint. It came down to deciding between South America and Asia. At the time, South America was beginning to get a bit trendy for graffiti writers to visit, so we decided to go with Asia. Back then, most of the continent hadn’t seen much, if any, graffiti tourism, and we thought it’d be more interesting to go to a place that everyone wasn’t going.

Where did you go first? What was your experience like there?
Our first stop in Asia was India, and it was a rough introduction to the continent to say the least. Before this project, we’d traveled quite a lot throughout North America and Europe, and even a few countries in Asia, but nothing could prepare us for the relentless heat, bouts of food poisoning, and polluted cities that we encountered in India. The cities we visited in 2011—Mumbai, Kolkata, and Delhi—were so hectic and overcrowded that it was basically impossible to ever be alone in a public space. There were always people at every turn, from street merchants to street beggars to people straight living on the street. Even when we were painting, there were people in the yard, in the train, in the slums behind the layup, etc. The lack of privacy and never being able to feel the serenity of being alone that usually comes with painting was a bit unsettling. Overall, it was and remains one of the most physically and mentally exhausting places we’ve visited.

On the flip side of that, it was also one of the most rewarding places we visited. There was virtually no graffiti in India when we first went, and even less evidence of anyone having been there to paint the metro. There was something extremely satisfying about going somewhere without any blueprint, without any preconceived notions, and figuring out everything for ourselves and accomplishing all of the things we’d set out to do.

In our previous interview, you mentioned trying to buy supplies in China with a pen drawing of a pair of bolt cutters on the back of a receipt. Can you tell us about another misadventure from the trip?
Well, there was that one time someone got caught smuggling heroin on our night bus from Guangzhou to Shanghai. And that other time we got deported from China because the police thought we were American spies trespassing on metro property. Or the time we were riding the metro in Japan, only to look up at the TV screen inside the train and see a newscast report about the metros we had painted, complete with perfect footage of the panels. Honestly, there were so many strange and random things that happened while working on this project, and some of these stories are included in the book. 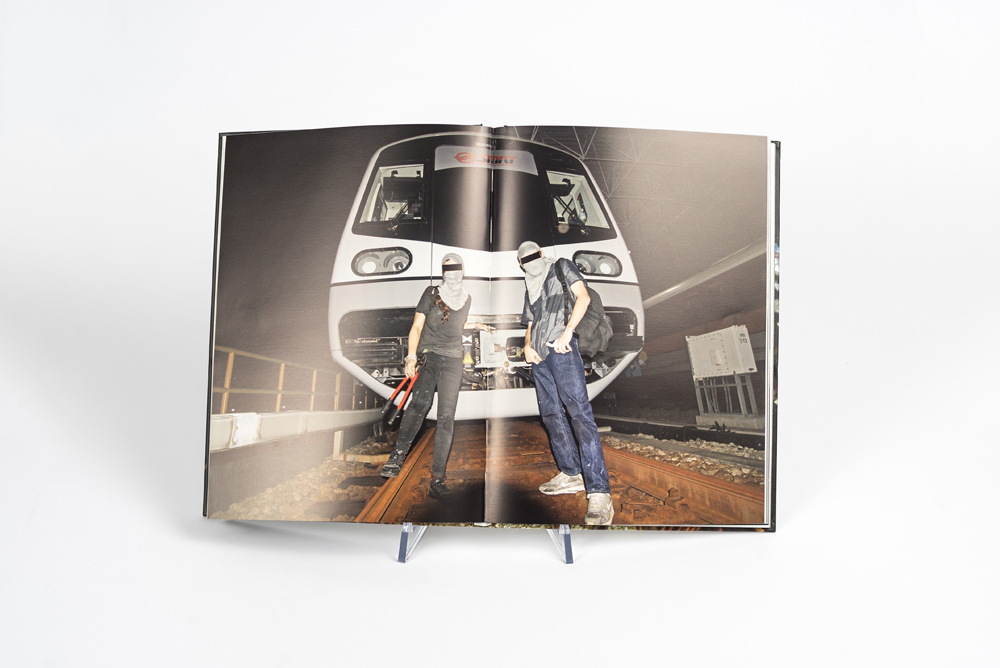 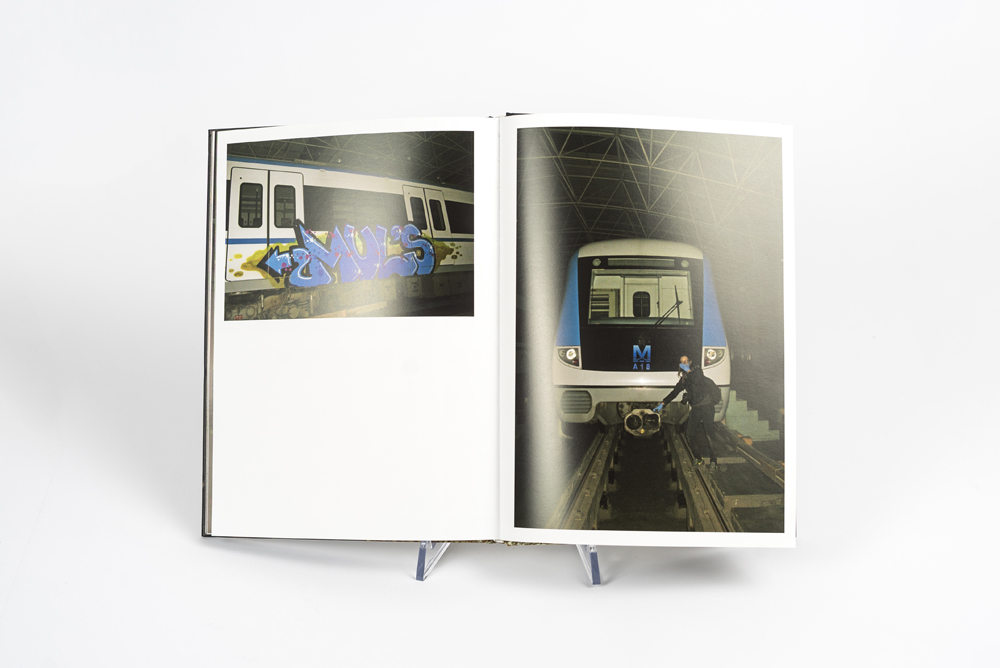 If you knew what you know now, and were aware of every challenge and headache, would you still have boarded that plane on May 15, 2011?
In a word, yes. For sure there are some minor things we may have done differently, but we are really happy with how everything turned out as far as the Probation Vacation project is concerned. And even beyond the scope of the project, we are just content to be living our life on our own terms, and be able to travel, paint, and work on projects that are meaningful to us.

Probation Vacation: Lost in Asia is limited to 500 signed-and-numbered copies, and is available for purchase here.