“This that fuck the blogs.”

South Central’s Quincy Hanley—better known to the world as Schoolboy Q—has the right to start his 4th studio album Blank Face LP this way. A clumsy release (is this becoming the MO of TDE?) marred by a muffled response to his first single “Groovy Tony,” beautifully produced by Tae Beast, and a PR disaster led by blogs circulating cover art of the Crying Jordan meme as the album cover would frustrate any man who quite possibly has put out what will likely be remembered as his magnum opus.

Blank Face LP finds the young gangster from Hoover (“So easy how I make a mill’ flip, Snoop ain’t the only rich crip nigga”) 40 pounds slimmer and 2 years after the mainstream success that came with 2014’s critically acclaimed Oxymoron. But with success and a world tour comes the perils of being estranged from the life, the homies, and the family you left behind at home.

In an interview with MTV, he stated, “I toured a whole year. When I came back, my daughter was doing different things, talking different. I’m at the crucial years of her life—she’s only seven years old, so every time I’m gone for a certain amount of time, I come back, she’s doing something new. I got kind of tired of missing that. I almost quit rap. Almost. It almost happened… I’m not tryna keep missing this stuff. It comes to a point where you starting to put music before your kids and family, and it’s like, that’s not what I signed up for.” 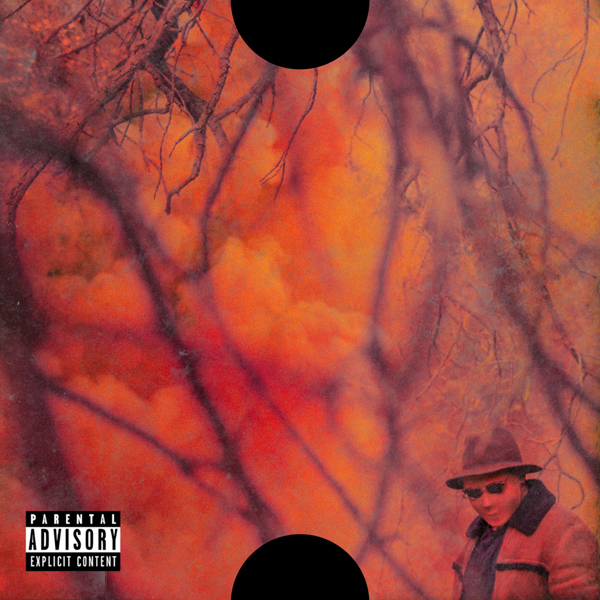 While we as consumers seem to excessively encourage the traditional trope of the troubled artist à la most rock stars who gravitated towards Los Angeles in the ’60s and ’70s, it’s uncomfortable to recognize the visible pain and anguish they must live in order to continue providing the fickle-minded masses with the content they desire.

With Blank Face LP though, Schoolboy came and, more importantly, delivered. The John Lennon glasses and dashikis have been kindly put back into the closet and, although still operating under the psychedelic aesthetic that made him a household name with Habits & Contradictions and Oxymoron, Schoolboy is presenting himself in a much more sober, lean, and mature way this time around.

Q stepped his bars up and showcased his versatility in flows—actually, the second part of “Groovy Tony/Eddie Kane” is a great example of this progress (with, oddly enough, what sounds like a guest hook from comedic legend Robert Townsend who wrote, directed, and starred in the original Five Heartbeats movie). The change of pace with “Kno Ya Wrong” featuring new TDE signee Lance Skiiiwalker is one of the most introspective moments on the album. Production was kept in-house primarily with the Digi+phonics crew handling a lion’s share of the album with quality contributions from the Alchemist, Cardo, and even Metro Boomin.

The features on this album are a good reminder that West Coast rappers are the only ones today always showing love to the generation before them. While Oxymoron heavily featured Pomona’s finest Suga Free, Blank Face sets up Bay legend E-40 for a monster slam on Dope Dealers (“But personally I’m a rapper, and I’m spectacular, remarkable / Got a way with my words my lingo and vernacular, marketable”). “Ride Out,” a new addition to the body of records Q has built with young Vince Staples since 2013’s Stolen Youth, is the bass-heavy street anthem that’s needed most at times like this. Shame that the Dogg Pound feature got wasted on a Neptunes-like derivative beat made by Odd Future head Tyler the Creator.

The features on this album are a good reminder that West Coast rappers are the only ones today always showing love to the generation before them.

There was some controversy about the worth of the Kanye cosign that came with “THat Part” (penned by Cyphi Da Prince, so blame him first and foremost), with even Schoolboy recently admitting to Hot 97 his hesitation about having his so far highest charting song on this album even be put out. I can honestly say I was much in agreement, but after listening to a “rich nigga eating catfish” about 20 times I’ve settled with enjoying one of the best guest verses in 2016—work with me here while I give you this Black Dynamite breakdown:

Conceptually, Ye’s weird arrival really helped me drive home the high levels of double-consciousness coined by Dr. W.E.B. DuBois in his seminal work The Souls of Black Folks pouring out of Q throughout the 72 minute epic that Blank Face LP is proving to be. In 1903 he wrote, “It is a peculiar sensation, this double-consciousness, this sense of always looking at one’s self through the eyes of others, of measuring one’s soul by the tape of a world that looks on in amused contempt and pity. One ever feels his two-ness,—an American, a Negro; two souls, two thoughts, two unreconciled strivings; two warring ideals in one dark body, whose dogged strength alone keeps it from being torn asunder.”

Conscious of being perceived as a recipient and benefactor of violence, Blank Face is the story of a bloated, divided man, a ex-gangster who used his experiences in life to make his own rags to riches story (word to Horatio Alger), only to simultaneously see himself vilified and stymied by his relationship with the streets that made him famous. “Guess I’m being a real nigga like I’m supposed to be,” he sings on “Lord Have Mercy.” “But being real never once brought the groceries.”

Nowhere is this troubling duality more properly presented than in the powerful visual narrative that followed the rollout of Blank Face LP directed by Jack Begert and Dave Free of tHe little Homies. In this triptych of a dream sequence (presented as 3 music video film shorts, “By Any Means,” “Tookie Knows II,” and “Black THougHts”), Q with friends shows the neighborhood where he grew into a man, struggling to find meaning in an environment that doesn’t support nor provide opportunities for success. While luxury is presented as a difficult thing to quantify when it means leaving behind everyone who meant anything to you and the life that bred the chance for you to get out. Identity—or rather, the struggle of maintaining a sense of self when one is constantly forced to code switch or put on masks à la Frantz Fanon just to survive—is a theme that echoes throughout the album.

Identity—or rather, the struggle of maintaining a sense of self when one is constantly forced to code switch… is a theme that echoes throughout the album.

Much like many black artists who are only customarily exemplified in retrospect, the paintings outlined in Q’s mind come off as full of conflict, contradiction, and raw emotion, displaying a peculiar maneuverability that comes with being one of the few in the game maintaining the rich history of gangster rap in LA while at the same time charting on Billboard. It doesn’t matter how developed Q becomes as an artist—the media will always use him as a contrasting tool for some weak yin to yang false narrative mirroring one of the other much more famous and critically acclaimed artists on TDE (this will be one of the few reviews that makes no mention of him).

The same day that this album came out marked the life sentencing of the older big homie who put him on the Hoover crip set and in many ways led the school boy from Figueroa Street on his later path of fame and money. “Black THoughts” towards the end of the album is the perfect example of his internal conflict—between the violent street life that was survived and his new, public, and glorified Ancient Aliens-watching life: “Most of us caught before we can expand our thoughts / How your grandmother see your corpse?” References in “Neva CHange,” made a year before the police brutality finally getting media coverage in our society today, remind us that Rappers like Q—with their gruff distinctive voices, who deliver too many blunt messages—are the street’s Walter Cronkites, just as much-needed as our fun, drug-induced, colored hair, auto-tuned avenues of escapism. Senay Kenfe
Senay sits down with Kurupt for a look into the storied history of one of hip-hop's most talented and humble emcees to every play in the game. Here, he shares what he learned from the greats, and h...