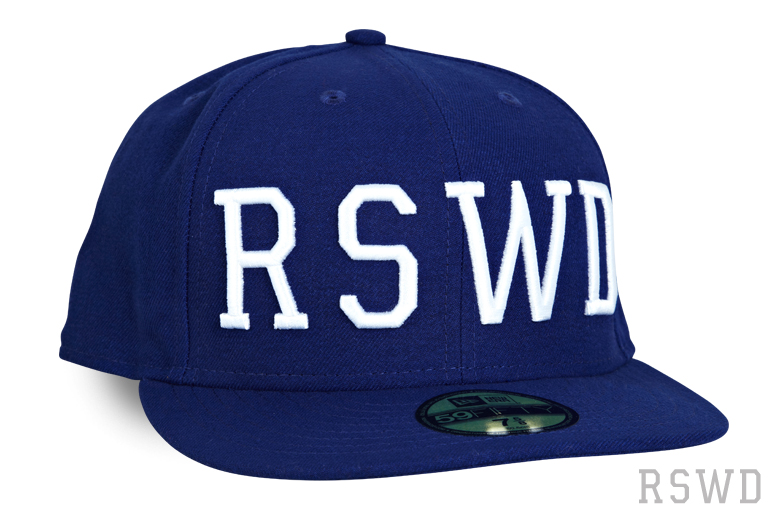 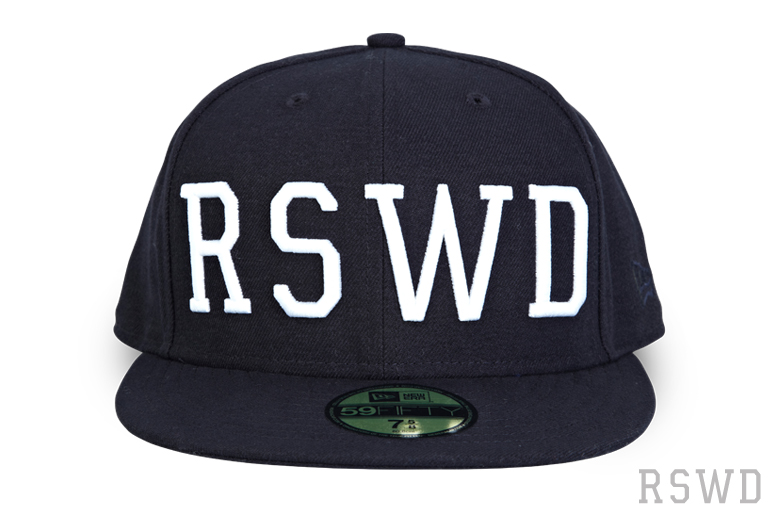 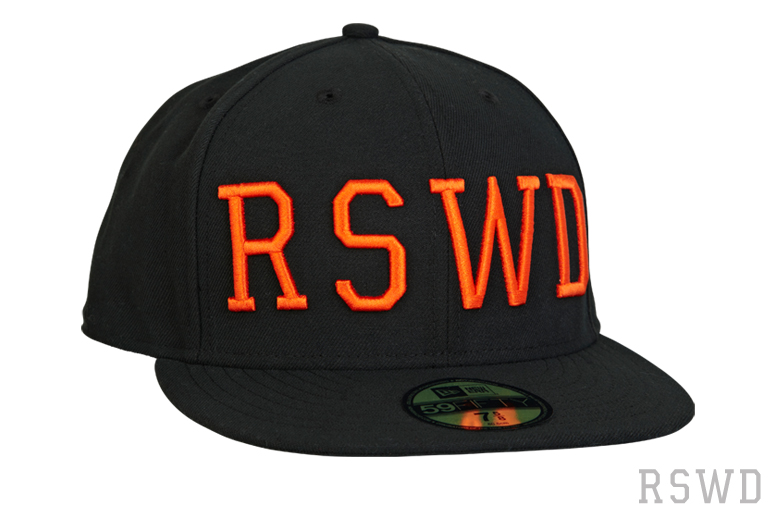 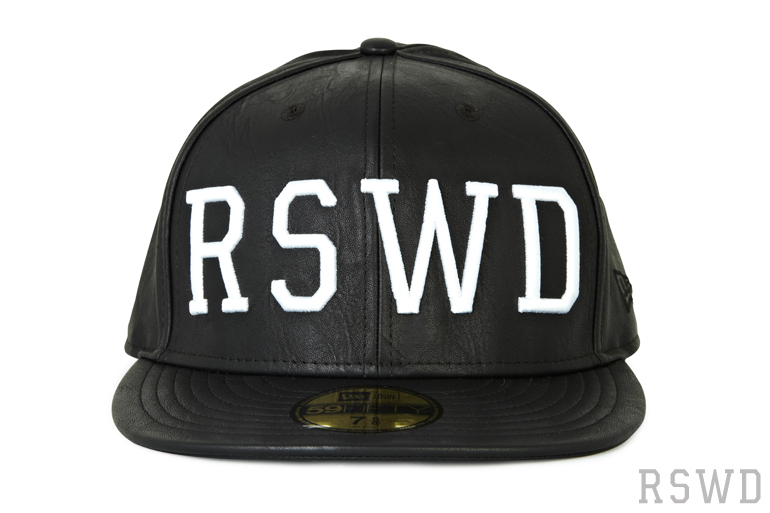 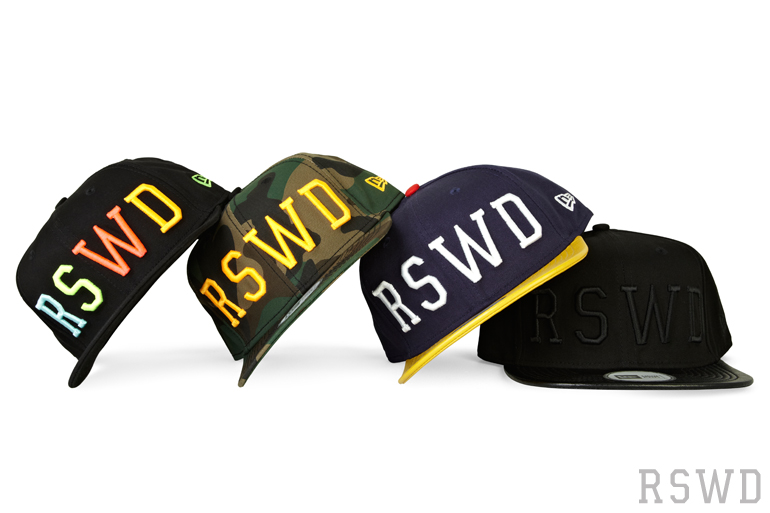 RSWD Beanie: Made of 100% acrylic and available in three different color ways, this beanie also features raised embroidered RSWD lettering at the brim. 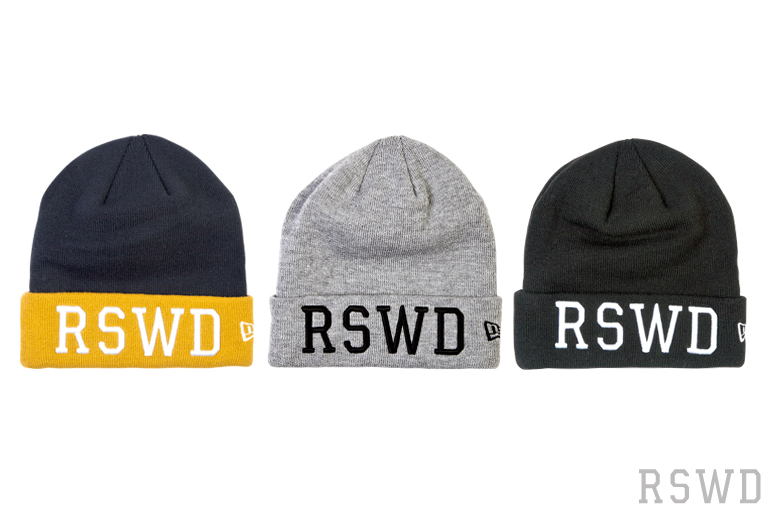 RSWD New Era 2: Made of premium Melton wool, featuring white felt applique lettering at the front of the grey cap. 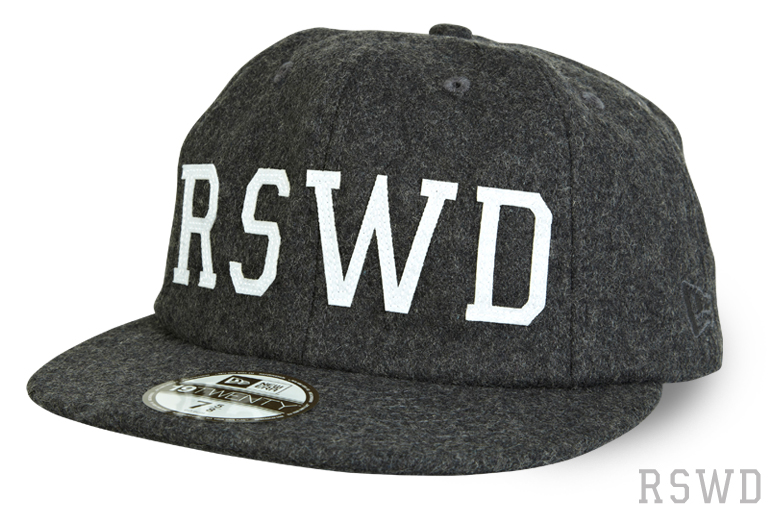 RSWD Tee: Cotton tee with eight different color ways, all featuring RSWD letters at the front and the Solid Bomb and New Era logos at the top back. 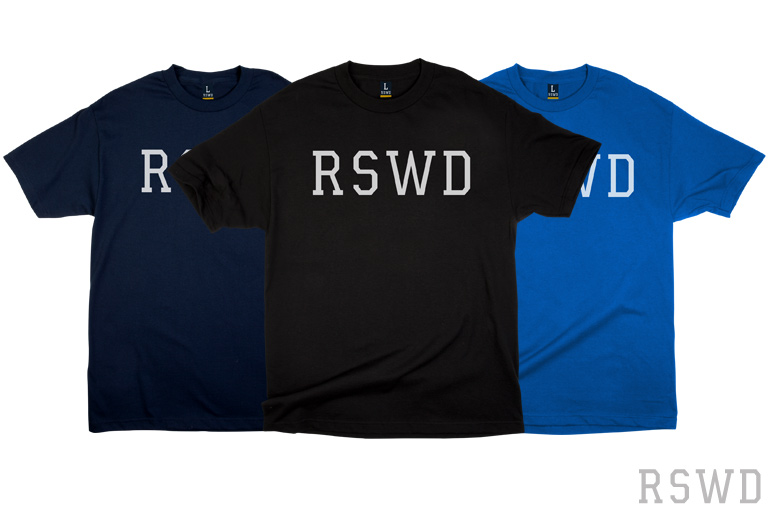 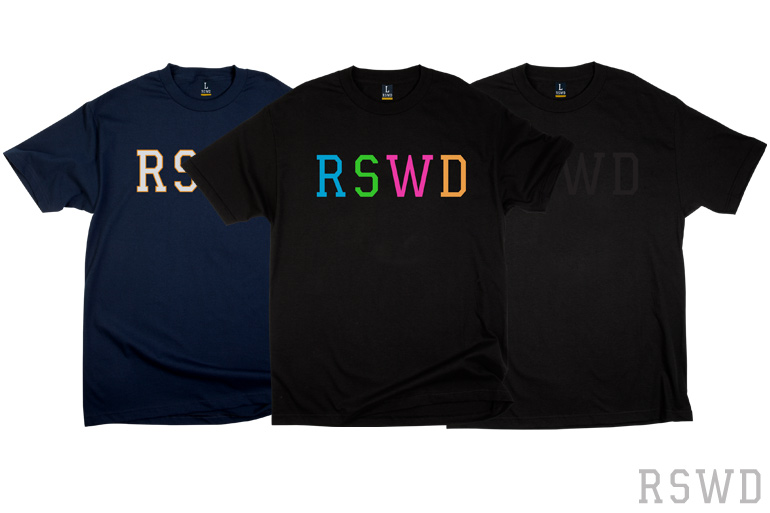 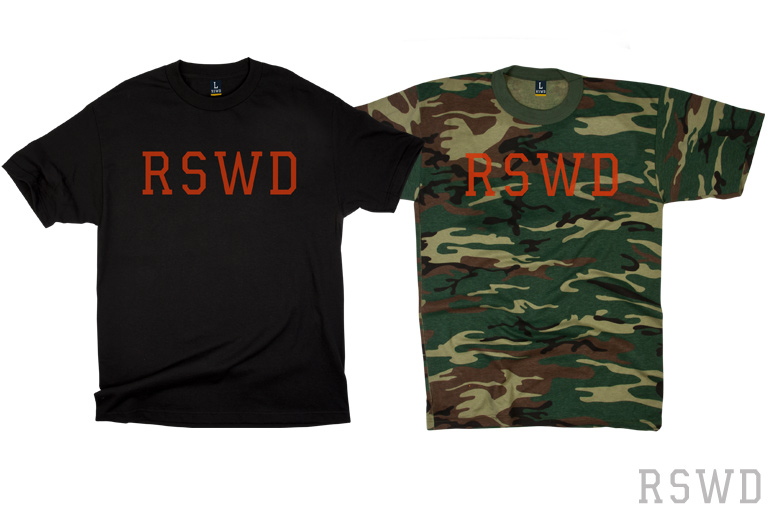 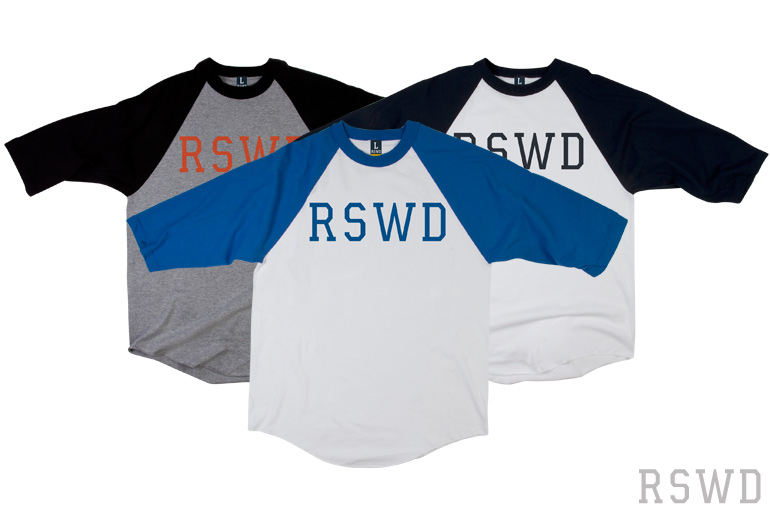 RSWD Crewneck: Fleece navy crewneck pullover with white, gold, and red RSWD lettering at the front, and a red Solid Bomb and New Era logos at the top back. 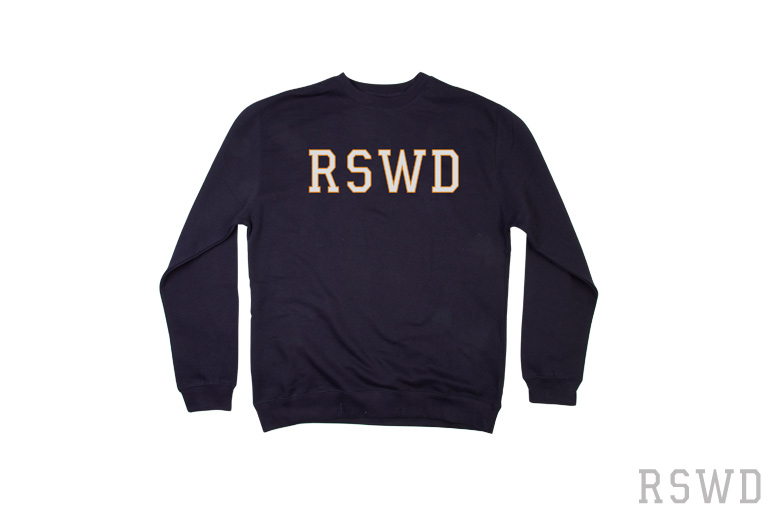 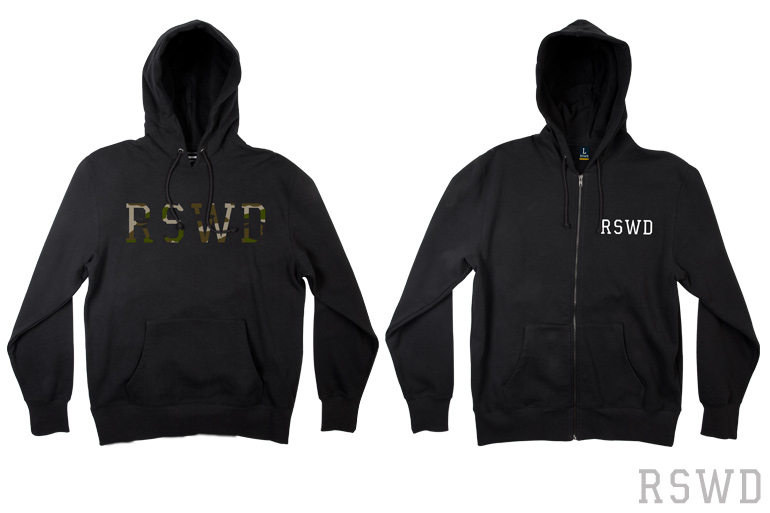 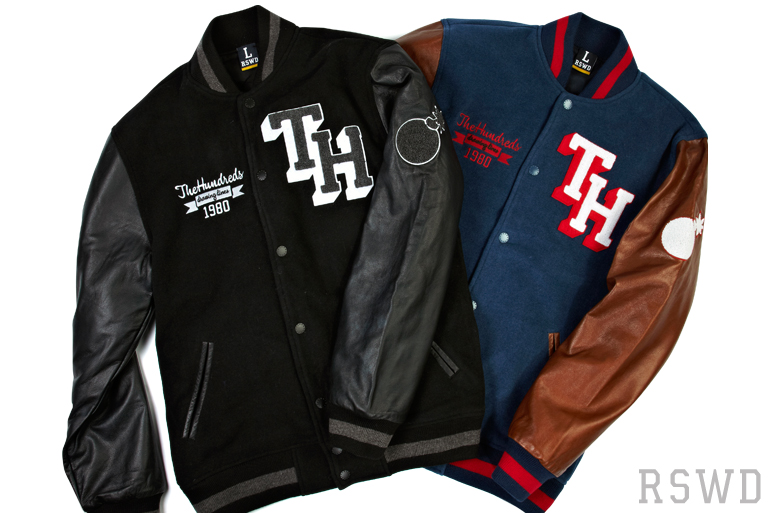 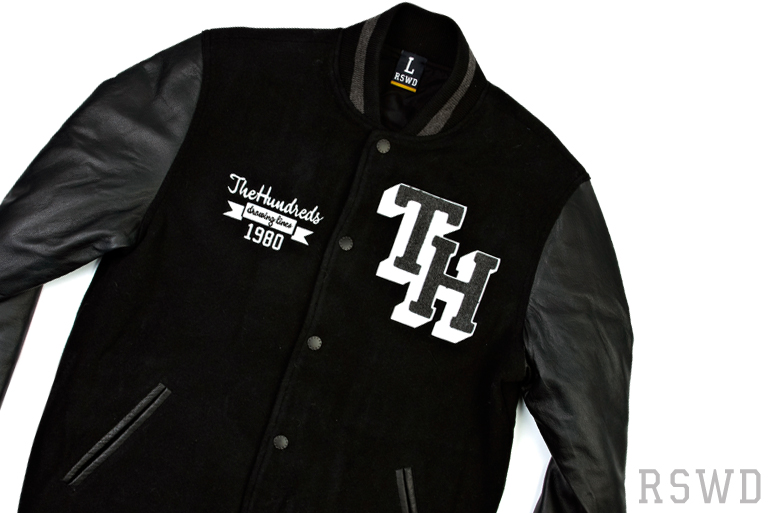 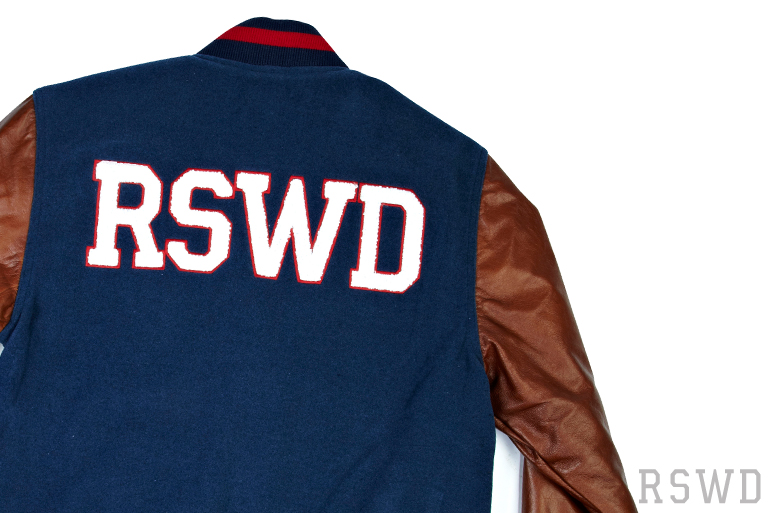 RSWD Riley High: High-top shoe made of premium wool and leather, featuring RSWD embroidery on the heel and RSWD logo on sock liner. including premium waxed round laces. Only 100 pairs made of this Red-Box series. 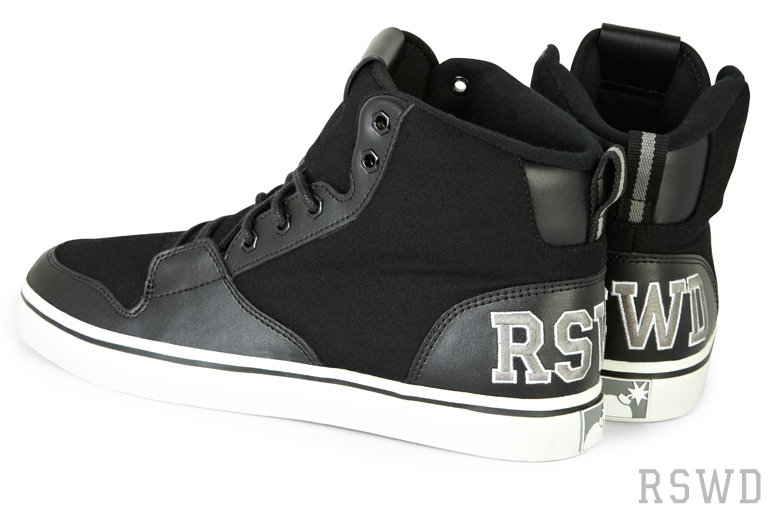 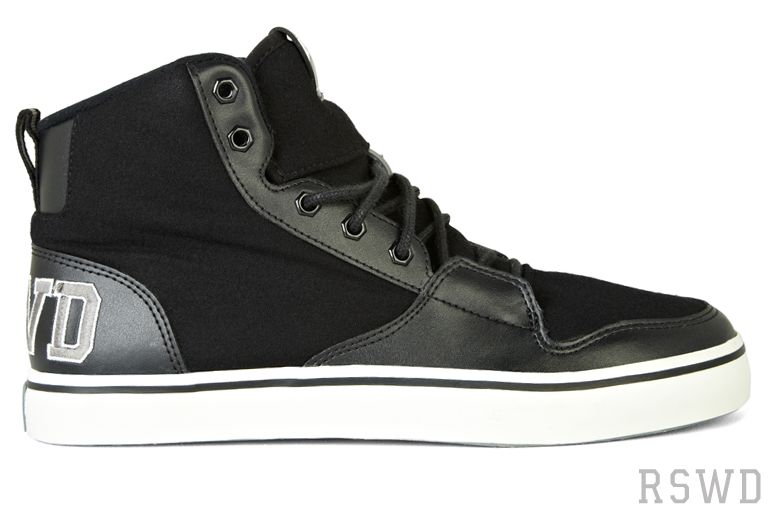 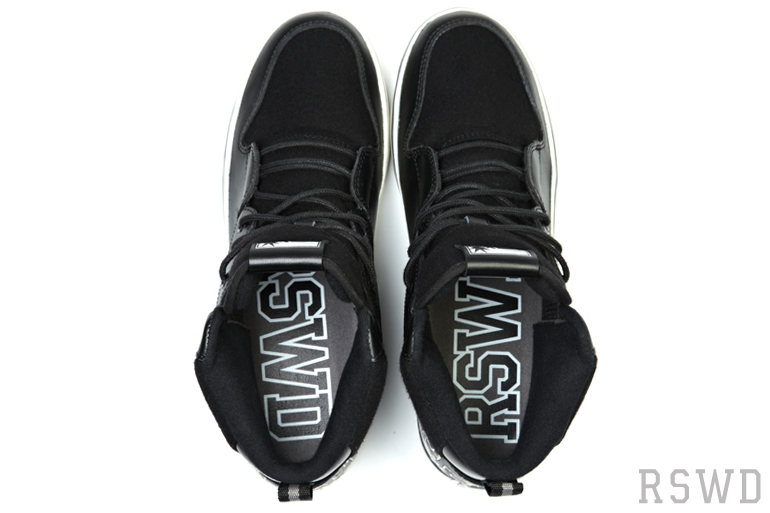 RSWD Keychain: Miniature hat made of wool, in navy and mustard color ways with RSWD in white, attached to a metal chain. 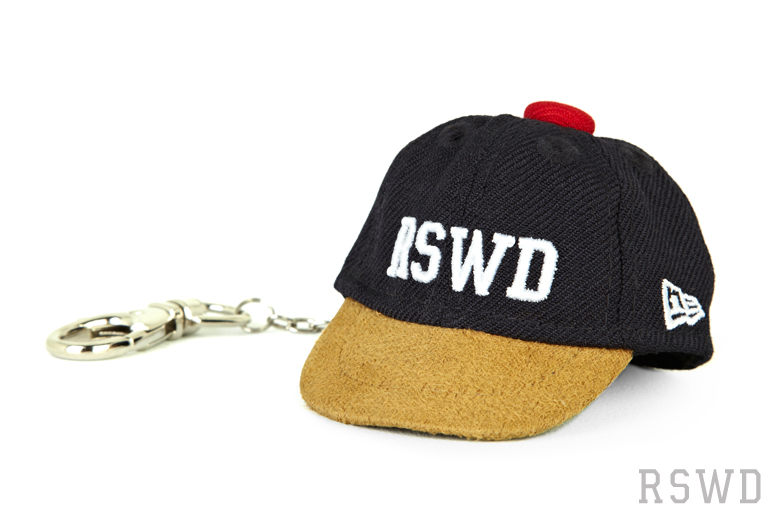