Everybody needs a creative outlet, whether its painting, designing, thrifting, or writing — but who really thinks of the possibility of making that creative outlet into a career? Silke Labson did just that, and as the brainchild of Shown to Scale, she is able to immerse herself in all of her favorite things 24/7. She’s her own boss, and she’s making it happen in the e-commerce world by offering Shown to Scale’s house collection alongside up-and-coming designers, unique styles, and one-of-a-kind vintage pieces for men and women to click through and buy through her online site. From new beginnings, struggle, and a lot of trial and error, Labson took over a friend’s boutique in New York City and turned it into what it currently is today, a fast-growing mecca for style mavens everywhere. We caught up with Labson in the midst of a really crazy time of year — trade show season! She was amazing enough to fill us in on who she is, how Shown to Scale came about, advice for those who have always dreamed of turning their passions into a thriving business, and what she’s got planned for the future (that of which includes a well deserved vacation).

You took your friends closing vintage store over and that was the beginning of what is now Shown to Scale — had you ever thought of plans to create a boutique and a line before that?

No, never. I went to school for photography and did it part time in San Francisco while I was working at Betsey Johnson. Then I interned at Milk Studios in New York and worked at the Marc by Marc Jacobs store. The whole time I knew I needed to move into something that was creative. I initially thought I would just move into visuals at Marc Jacobs. 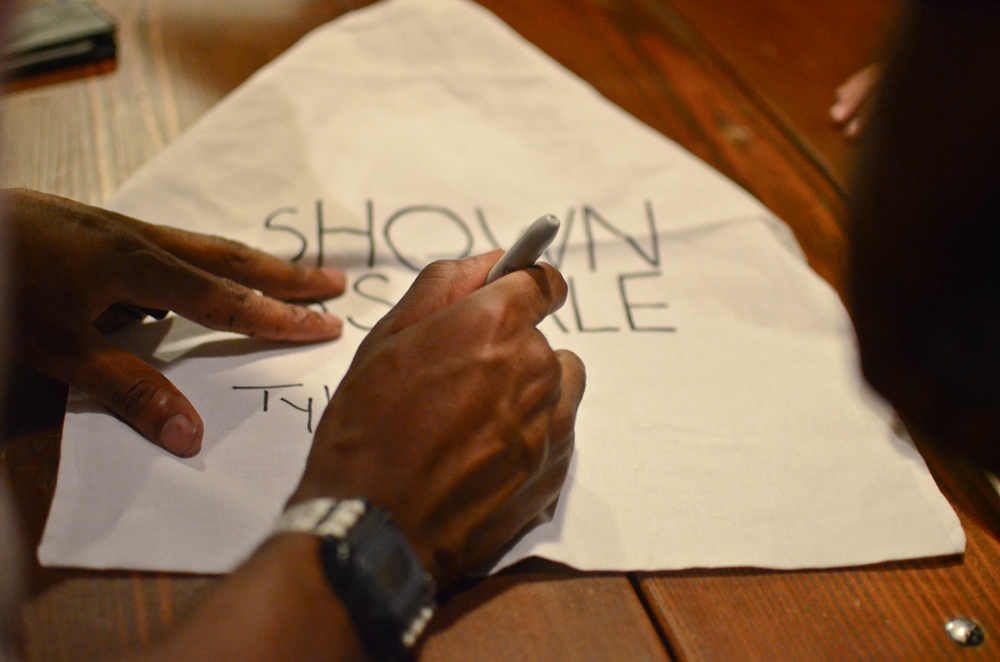 Sagan Lockhart’s opening at Shown to Scale by Brook Bobbins

How did you come up with the name Shown to Scale? Does it have a special meaning?

The store I took over was called Old Made. In order to keep the legend of my friend’s store alive, I named the store Made New York. Then I got in trouble because someone owns the word “Made.” Crazy, right? So, I had 24 hours to come up with something else. In the middle of the night when I was delirious I looked at my world map and saw at the bottom it said “this is not shown to scale.” I initially started laughing because I thought it was ridiculous that a map of the entire earth would say that. Then quickly realized that was it, Shown To Scale. Thank god they idiot proof maps because that is how the line was named.

You are self-taught when it comes to sewing and designing— what did the learning process consist of? Do you have advice for people interested in starting a business or line?

I can barely draw, I can’t sew and I still don’t even know how to put a pattern together. So, I did a lot of tracing of body forms I found on the internet and gathering of images to explain my designs. I then hired a pattern maker and sample maker in NY to make my garments. I knew the first sample would be total crap but I could at least work from there and better explain my idea once I had something physical. In the end it’s a hell of a lot cheaper and quicker then spending thousands on school.

My advice for people who want to start a business or a line is to prepare yourself to be poor as hell and work seven days a week for awhile. Unless you are independently wealthy – it’s a tough life, but more rewarding in the end. 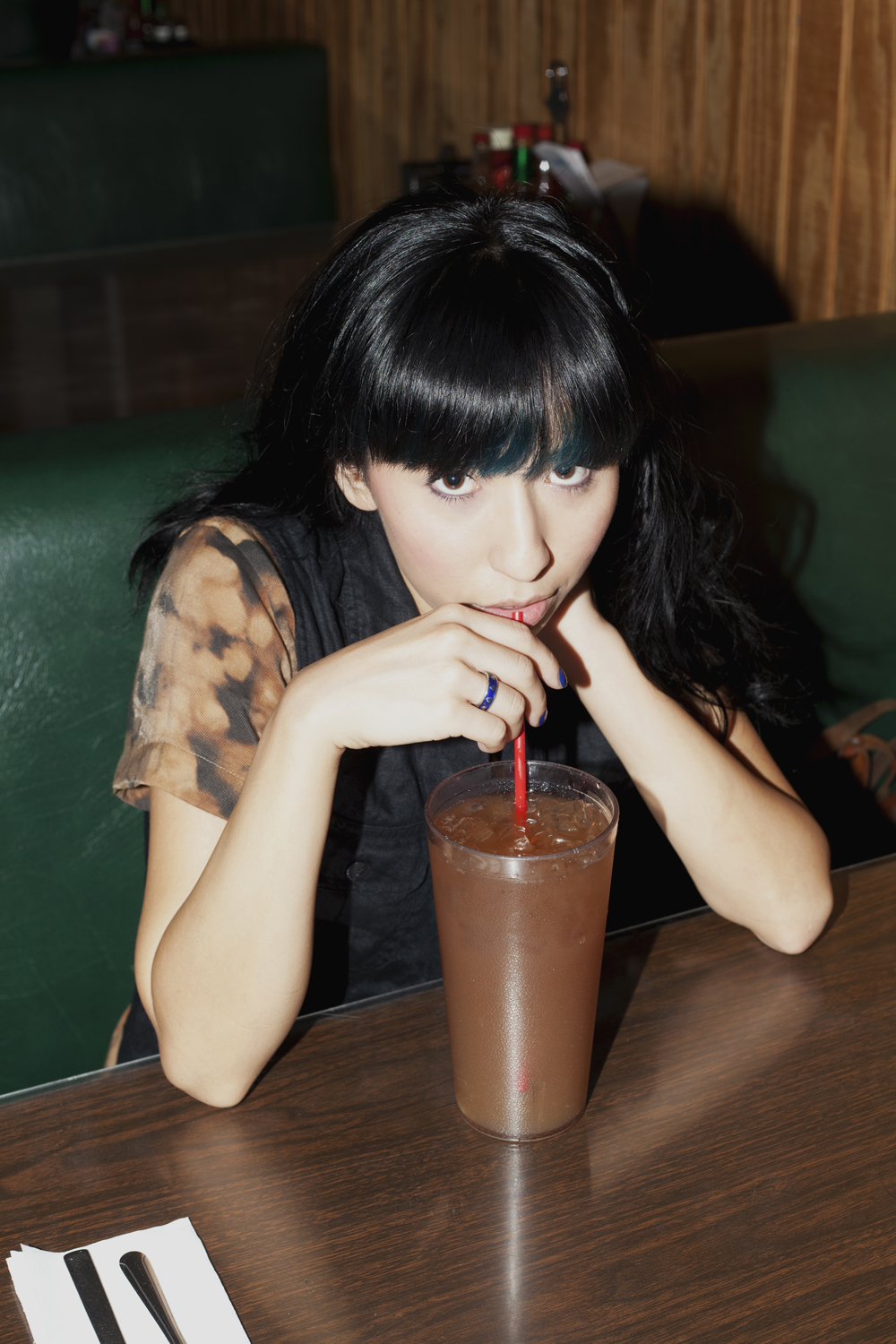 What are the inspirations behind your designs?

I pull a lot of inspiration from my collection of ’70s, ’90s and early 2000s vintage. I really love rave and scene kids like in Party Monster. My designs usually start by being really insane and then I water them down until they are wearable. If I produced what my first drawings were I would be a wonderful designer for the lovely ladies in “Drag Race with Ru Paul.”

Fall 2012 was inspired by ’90s grunge and a mix of Hot Topic trends I wore when I was in middle school. I just cut out the embarrassing styles like my Kittie babydoll shirt or Deftones windbreaker.

You carry other brands on your online shop aside from your own — how do you go about curating the brands that you carry?

I’m not too picky about brands as much as the garments themselves. I grew up mixing designer and thrift store goods. I had a Chloe and Marc Jacobs shoe collection and then all of my dresses were from the $1 sale on La Brea in LA. So I mainly look for pieces that fit the looks I am trying to capture for my store rather then just buying for the name.

Who is the Shown to Scale customer?

Someone who can’t easily be defined or put in a category. They don’t focus on being on trend they just wear what they like and people always notice them. They should all have blogs and get paid tons of money for showing off their “cute” outfits.

I grew up mixing designer and thrift store goods. I had a Chloe and Marc Jacobs shoe collection and then all of my dresses were from the $1 sale on La Brea in LA.

What was it like showing at Agenda for the first time this summer?

Freaky because we were the only full women’s line showing in NY. It was like I was infiltrating a weird fashion boys club where the free PBR runs out way too fast and the boys dress up like it’s a streetwear fashion show. Overall the response was really great and I’m excited that they are bringing in a new women’s section. I need more estrogen in the room.

Who are some of your fashion icons? 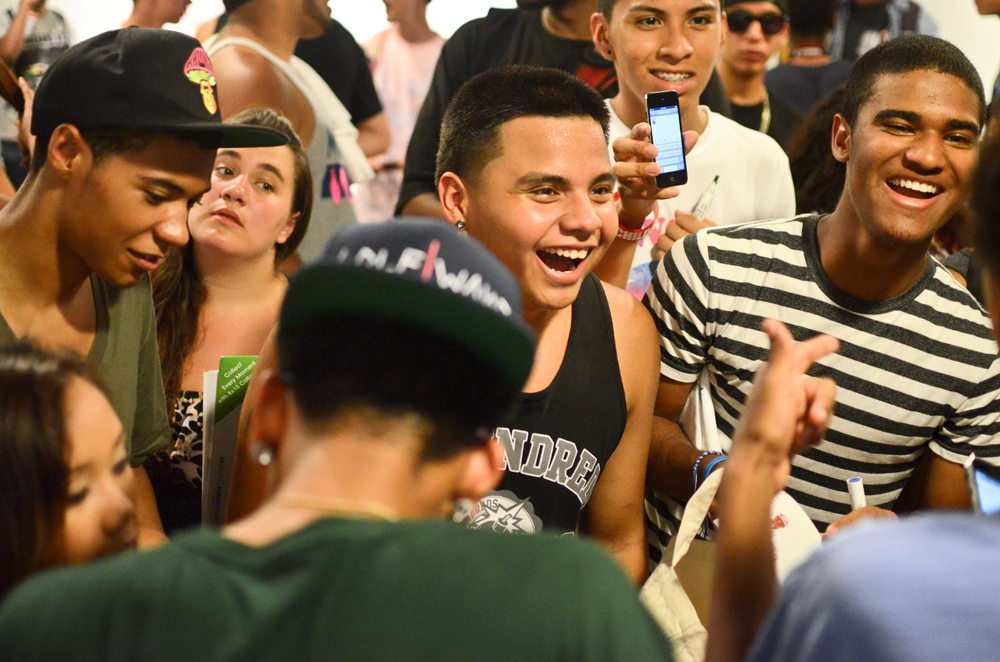 Sagan Lockhart’s opening at Shown to Scale by Brook Bobbins

Aaliyah, Gwen Stefani (early years) and Kelly Bundy. There are so many more. Too many hot women in this world.

How would you describe your personal style?

Bi-polar and simple. I will wear all black for four days and then turn into Rainbow Bright. I try to always keep things in balance and not go overboard even when I am wearing insane prints.

What are you listening to right now?

Does music influence your designs?

I am more visual so, rather than the music itself I am inspired by music videos. If you have a music video and the song is bangin’ – then you have a complete emotion to inspire you. In the past few months, I fell in love with Blood Orange’s “Champagne Coast” video.

You recently showed Sagan Lockhart’s photos at your space in Brooklyn — any plans on more opening in the future?

We did do a photography show at our showroom in Greenpoint, Brooklyn. Sagan is my long time friend from Saugus and is like my son. The show went crazy with almost 1,000 people in attendance and a line that was blocks long. I am so proud of him! I was super excited that all of the Odd Future guys were there to sign the prints as well as DJ Deanie Man (True Panther) and Ben (Lemonade). People really loved it so I am working on a second event around February in a larger venue with a secret musical guest and some great photographers.

Now that I have the means to throw events myself, I just want to give a place to all the kids and grown ups who want to be a part of all this Shown To Scale craziness. 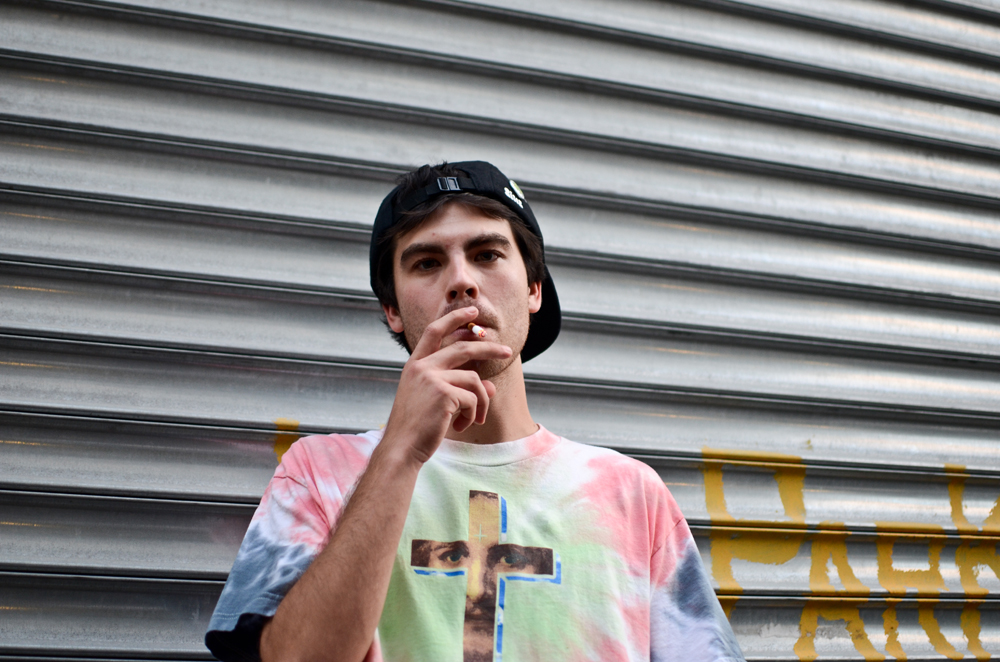 I grew up going to all ages hardcore and emo shows (HA!) and remembered how much fun that was. Now that I have the means to throw events myself, I just want to give a place to all the kids and grown ups who want to be a part of all this Shown To Scale craziness. Except my next one won’t involve kids crying and girls fighting to get in. I’ll make sure you can all fit.

Upcoming plans for you, the store, and the brand?

This year we have been focusing on expanding the line to do women’s shoes, handbags and accessories. My goal is to relaunch our men’s line in a year for all those boys who want crazy fits.

We are doing a pop-up store in September for a few months in the Lower East Side of NY and then continuing e-commerce afterwards. Things are growing so quickly and it’s just myself and4 other people in our office. I need to focus on wholesale and online before I reopen a new location. In the near future, I would like to re-open a NY location and one in LA.

Until then, I am going to focus on planning a vacation. This year has been insane.