Ryan Lau created Aloha Fixed, a Hawaiian-based fixed gear bike collective, a few years back after getting his hands on his first fixed gear in San Francisco. Since then, things have been pretty unstoppable. Ugh, no pun intended… fixed gear bikes, no brakes, get it? Anyways, he has since moved from SF to Hawaii and some could say that he introduced a lot of kids on the island to the scene – a trailblazer, if you will. Aloha Fixed has since grown from some friends coordinating rides around the neighborhood, to specialty tees, collaborations, races, and a giant following. Where will Ryan Lau and Aloha Fixed go from there? Read on to see what he has to say.

What attracted you to fixed gear bikes?

Well, when I lived in San Francisco from ’04 to ’07, I only got around the city either on foot or skating. I needed a faster mode of transportation and fixed gear bikes were the ‘big thing.’ I was immediately sucked into it. The hill bombing, no brakes, and simplicity totally had me. I think coming from a skater’s point of view, everything about them made sense to me.

How long have you been riding? 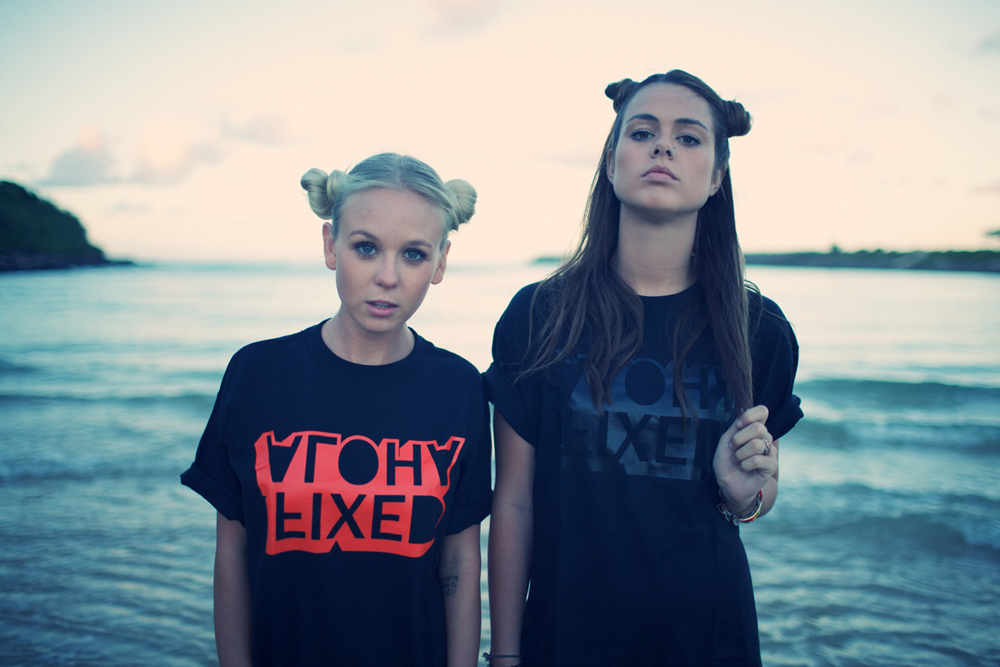 How did Aloha Fixed get started?

That’s kind of a long story, but one day I got a call to do a science research boat cruise for University of Hawaii. It sailed from Hawaii to Australia for 40 days. The catch was I had to quit my job in SF, pack up everything, and leave that same day back to Hawaii. My plan was to come back to SF after I was finished, however I got arrested in Hawaii for graffiti and had to stay for my court date. During that I got a girlfriend and followed her to Tokyo where she was modeling and that’s where I decided to do Aloha Fixed. I knew after everything there was no way I could go back to SF, so I wanted to bring that culture back with me to Hawaii. The fixed scene in Hawaii was made up of seriously around ten people riding fixed gears at that time.

What is Aloha Fixed’s mission statement?

Personally, I always felt ‘Fixing Aloha’ was my motto. I just try to put out content and support things that I love, put the ‘aloha’ into everything – fixed gear bikes, skateboarding, art, photography, and the people that do these things.

The hill bombing, no brakes, and simplicity totally had me. I think coming from a skater’s point of view, everything about them made sense to me.

How many people participate in Aloha Fixed?

That’s hard to say. Anyone that’s wanted to be a part of Aloha Fixed, I consider a part of it. Some ride and some do other things. I couldn’t give a number, but like anything it’s always changing, people come and go But everyone’s welcome. 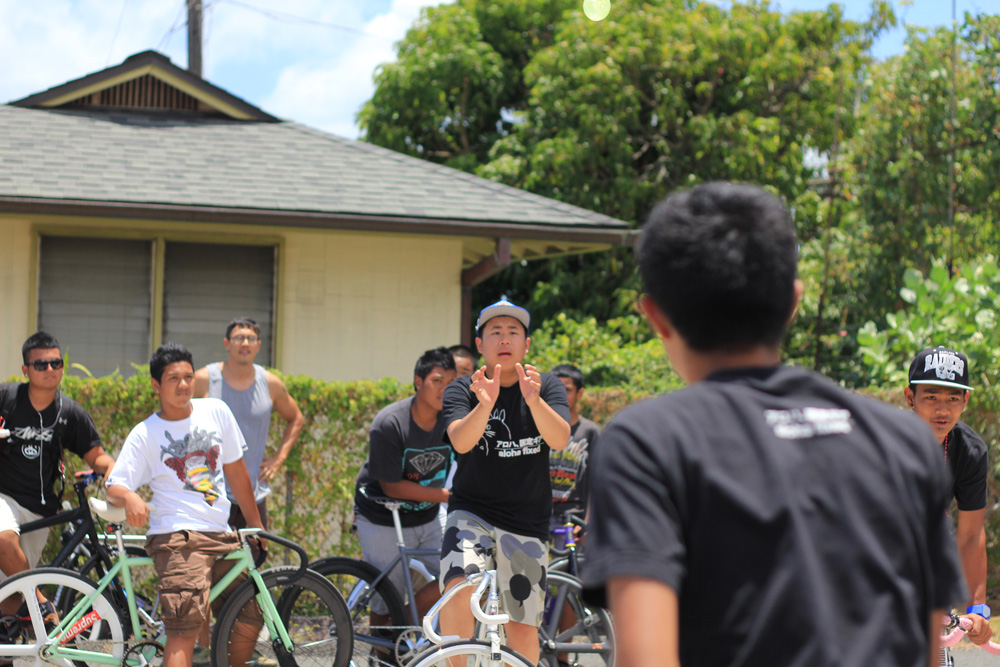 How can people get involved?

We have a message board on the website to try to help put people in touch, but other than that there are a few groups constantly throwing rides. The ‘TNR’ guys do weekly distance rides and the ‘HNL Bike Polo’ guys do weekly games. Also anyone can feel free to drop me an email and we can get into something.

Aloha Fixed has been a very personal thing to me so far. I’ve tried to keep away any expectations and just let it grow in any direction. Now I guess I would just like to give it a helping hand and try to do everything bigger and better.

How does Hawaii compare to the rest of the country and world’s fixed gear scene?

Everywhere is so different with fixed gear scenes. Hawaii has grown to a huge number of riders. Each group has their own things going on which is really rad to see, but Hawaii is a small place so regardless of how big it gets, Hawaii will always have a family oriented feeling to it. People are very caring here, If you show them aloha they will show it back. It’s hard to describe, but you can’t find the same anywhere else. 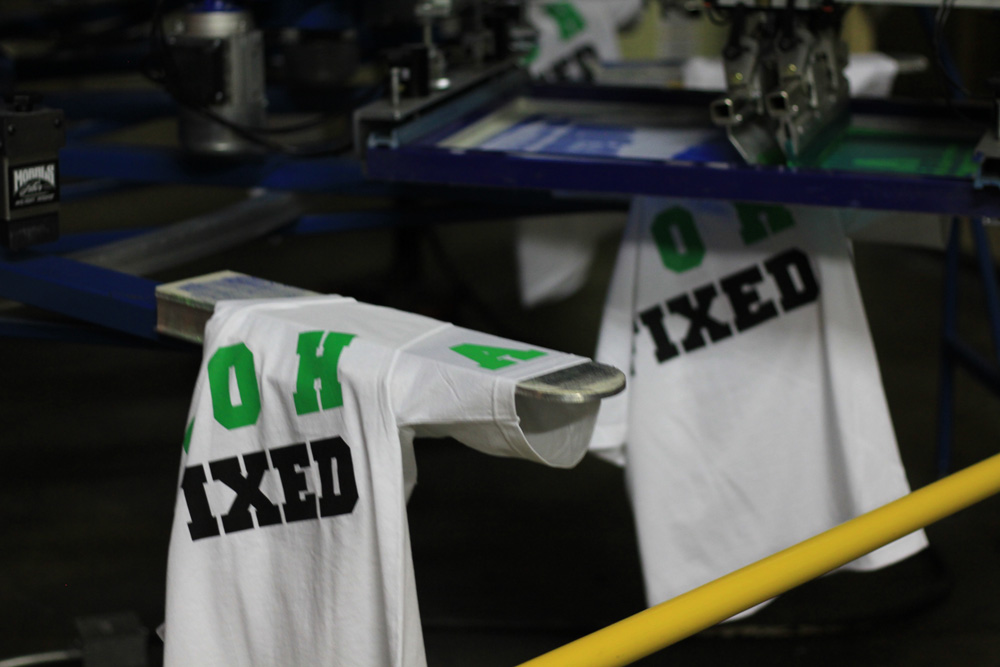 Has Aloha Fixed collaborated with others in the past?If so, who?If not, who would you like to work with?

Aloha Fixed has collaborated before with Leilow Hawaii. I used to manage the shop with Jules Gayton and he’s always been supportive to what I was trying to do on my own. Unfortunately Leilow shut it’s door recently, but I don’t believe that’s the end of it. As for the future, there’s so many people and companies that I’d love to work with. I have a few things lined up for the near future. I’m really excited actually.

Where can people find Aloha Fixed if they don’t live in Hawaii?

At the moment the only place you can find it is on the webstore. Leilow was our only retailer, I suppose I should see about opening more. We’ll see.

Hawaii is a small place so regardless of how big it gets, Hawaii will always have a family oriented feeling to it. People are very caring here, If you show them aloha they will show it back.

What are some of your passions outside of Aloha Fixed?

I have a lot. From painting, photography, videography, skating, and fashion. The nice thing is I get to throw all those things into Aloha Fixed, it’s just one big melting pot. 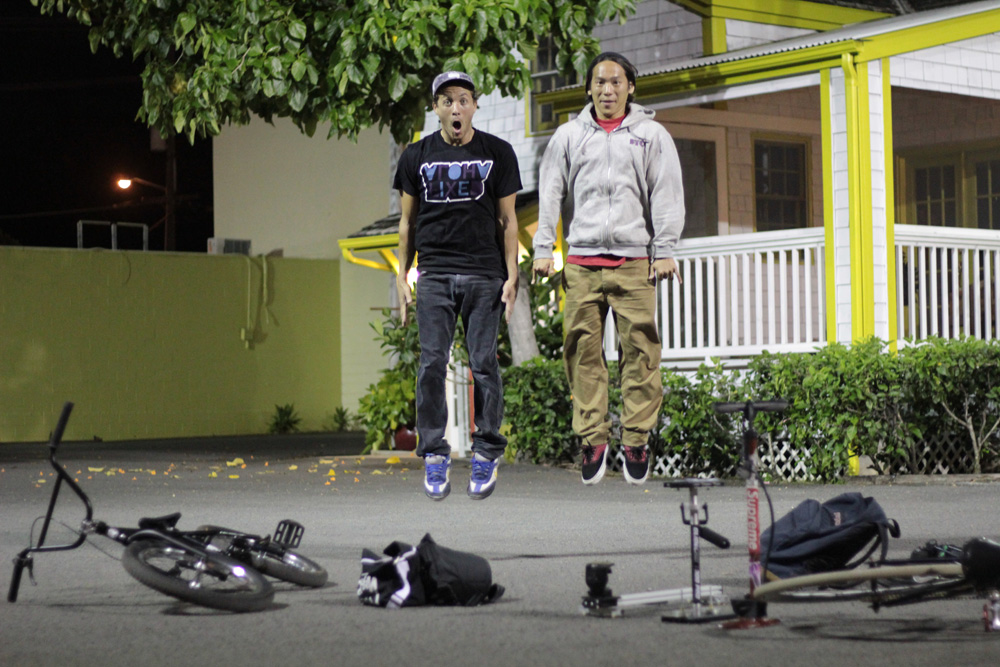 There are a few collaborations lined up I guess I could leak some info on. One is my friend Momoko Hachino. She’s an artist in Tokyo, Japan. The other is Corinne Stoll. She’s a photographer in Paris, France. I love their work and am lucky enough to be able to work with them. Aside from that I’m hoping to do some traveling. Hopefully back to Tokyo and later to Australia. It should be a cool year.