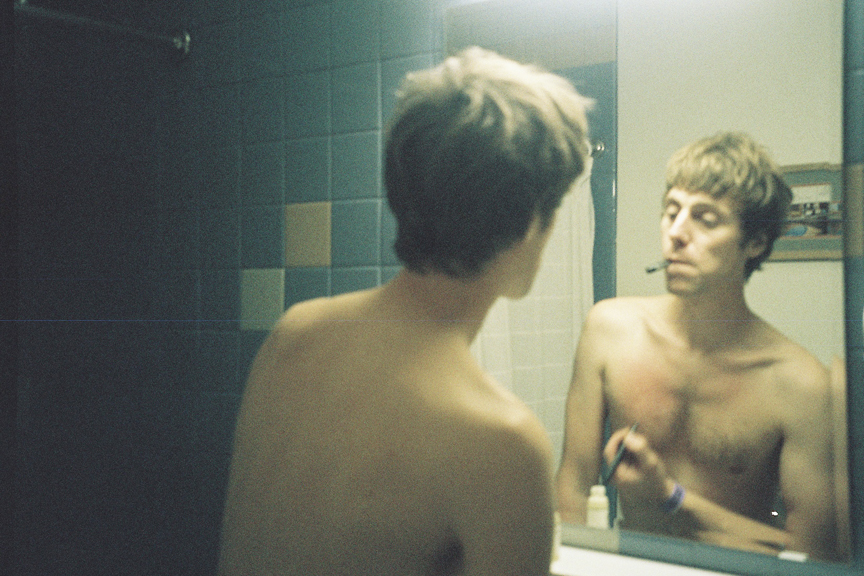 Q: How have your photos changed and developed since you first started?

So much! And, also not at all.

When I was like, 19 I took a basic black and white class at UVM in Vermont – I lived there for about two years and worked at a skate shop. I ran out to Best Buy and bought what I thought was the sweetest camera for that class. It was a 35mm Canon Rebel 2000 and it was like $350, basically the nicest camera out there in my shitty 19-year-old opinion. I fell in love with taking photos in this time and would do all these late night self portraits and get drunk and do “sexy” shoots which I would develop at school with great shame.

I love photographers, anyone who lives unapologetically, and isn’t afraid to show people who they really are. It’s a hard thing to do, but once you do it, I think you gain a huge sense of self-respect and freedom.

Actually, this was a super rad time in my life. I would take the key super early when I left class and “forget” to put it back and come back at midnight and print all night alone. I would listen to reggae then. I had just gotten a car and I shortly thereafter moved to San Francisco to go to the Academy of Art. I went for fashion and it was totally depressing and I stopped. It took me a few years before I started taking photos again. I went through everything, shooting with digital cameras, editing them all crazy, using a Hasselblad, using Holgas, using point and shoots… And you know what I ended up with? That damn Canon Rebel 2000. I still use that piece of shit. 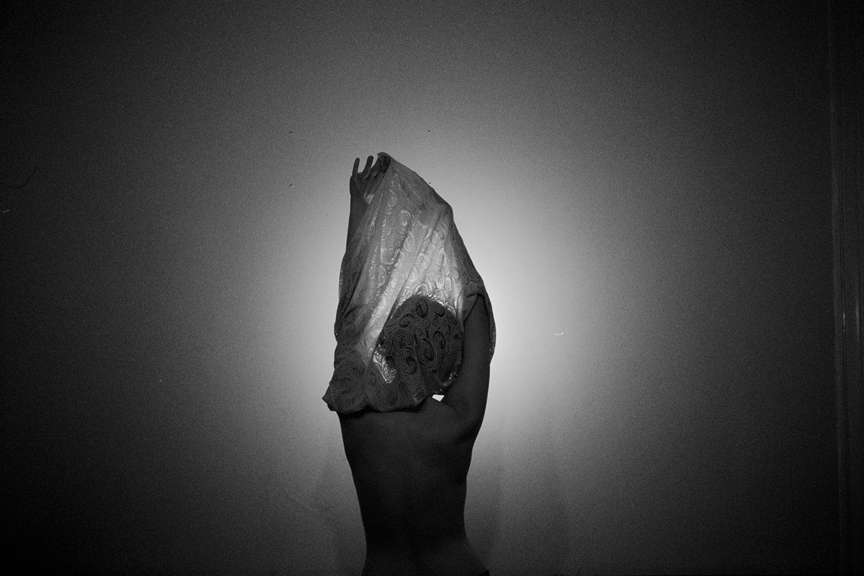 Q: Your photos seem really natural, like you’re just living your life with a camera. Is there an underlying theme to your photos?

I’m really interested in seeing into people’s weird lives, so I think that’s why my photos are so up in my own life – and I’m sure, somewhat annoyingly, the lives of my friends. I love photographers, anyone who lives unapologetically, and isn’t afraid to show people who they really are. It’s a hard thing to do, but once you do it, I think you gain a huge sense of self-respect and freedom. I like photos that make you want to change your life, or inspire you to live it even harder and more fun and the way you want to. I think, in a way, that’s a theme if that counts as a theme.

Q: Where and when do you feel most inspired?

Probably when I’m with my favorite people making stuff, getting free, doing hilarious shit, and having adventures – trashing hotel rooms, bedrooms, bathrooms, being underwater, being in love…

Every aspect of my life is ruling – I’ve met so many kind, rad, creative people and we’re all working on stuff together. LA is one of those places that can be whatever you make it, and I’m making it SICK so far. 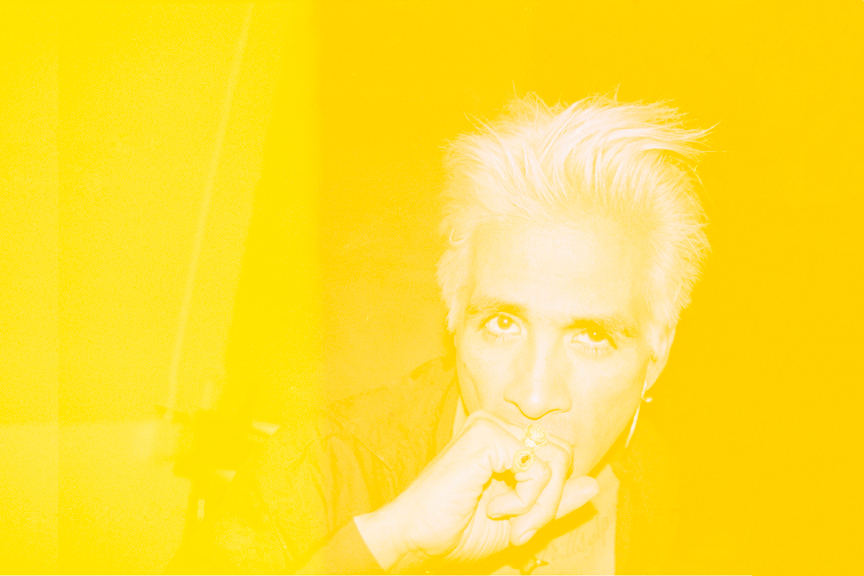 Q: What are some current things you are working on? Any upcoming projects?

I’m working on a music video for Tim Presley and his band White Fence with some friends, Thomas McMahan and Jim Dirschberger. I’m shooting the still photos of LA to be used for the MTV Video Music Awards. Tomorrow I start a full time job as a studio manager for an awesome photographer. Some photos for the band Flytraps. Hmm”¦ hella shit! That dude Jay Howell and I are working on some funny short videos. I’m doing more video stuff which is interesting and scary, actually. I also want to do a series of moving portraits. 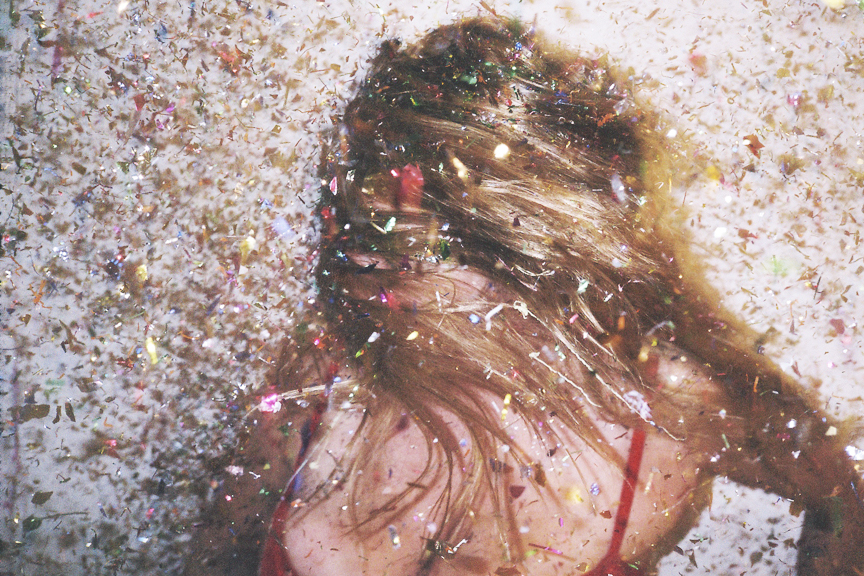 Ok, Street Dog is from the street and he’s my dog! Know what I’m sayin’? He’s harder than all of us combined. He’s nasty. He’s bad. He has one tooth now. I found him on the million degree pavement all alone, one day old – umbilical cord still attached. He was small and kind of slimy and had pointy black ears. He somewhat resembled a dangerous, wingless, fat bat or newborn possum. Jay and I have been feeding him with a baby bottle every two hours ever since. His little stuffed animal eyes just opened and I was there as he saw his first sliver of light. It gives me chills to think about – he’s my little one forever now. Go out and rescue a dog! 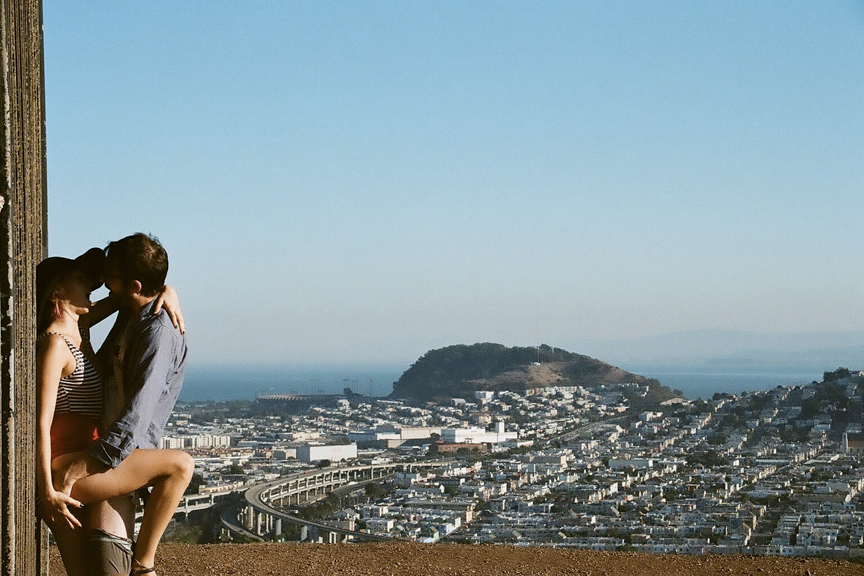 Q: You’re coming up on your year anniversary of moving to LA. How has the city treated you? What made you move here in the first place?

I love love love it here. Every aspect of my life is ruling – I’ve met so many kind, rad, creative people and we’re all working on stuff together. LA is one of those places that can be whatever you make it, and I’m making it SICK so far. So many people come here and think its all driving and cheesy Hollywood clubs but theres so much more to it. 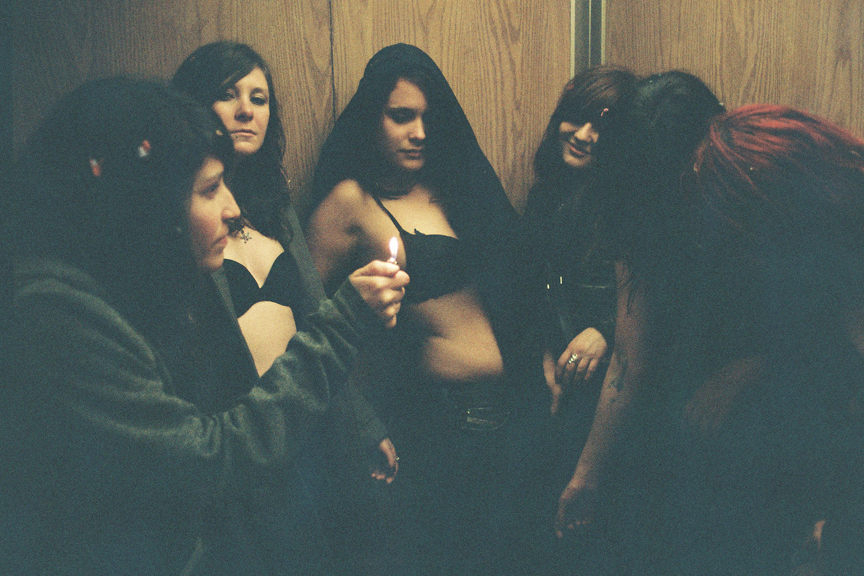 Q: One of my favorite series on your website is “Babecation”. Can you talk a little more about the photos?

Jay’s boss took him on a vacation and I was jealous and I decided to have a vacation in my own city. My friend Angela and I rented the shittiest hotel we could and got drunk all day and swam in the crappy rain. We had a party in our hotel room, ordered pizza, and ran around with sparklers and confetti. We were kind of like, “eh, kick us out… we live like 5 minutes away.” 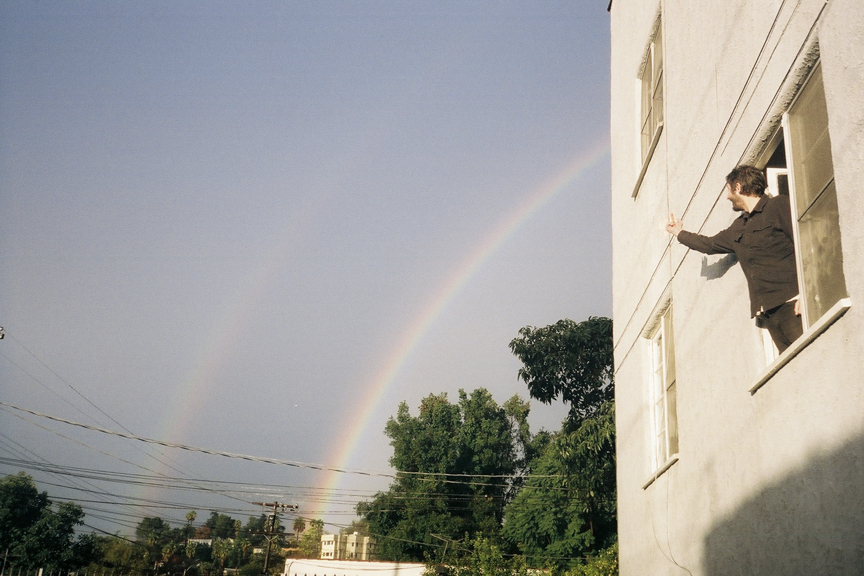 Q: What is your dream photography job? Who would you absolutely love to take photos of, dead or alive?

I wish I traveled around with the Rolling Stones in their heyday and documented the whole thing. That looks like a good time to me! I probably would have stolen most of their pants.

Q: Does music have a large impact on your creative process? How so?

Yeah, I must have good, new music all the time to feel inspired. Nothing is better to me than finding new music I’m into and blasting my brain with it while doing fun shit. 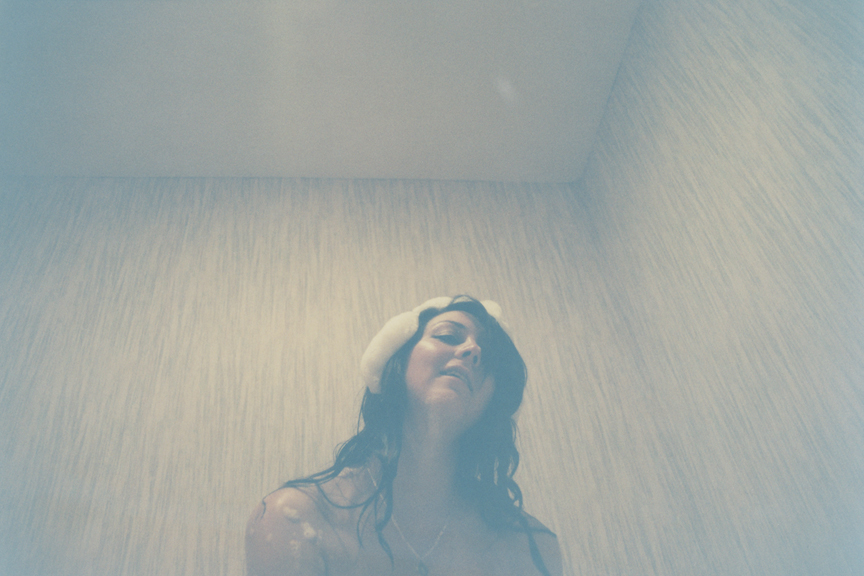