Where’d you come up with the name Lowcard?

The name Lowcard comes from scratch tickets called “Highcard.” At the time I thought of making a ‘zine, I was buying lots of scratch tickets called “highcard” and the object was to have a higher card then the dealer. I always got the Lowcard and lost. I think at the time I had a lot of “Lowcards” dealt to me in general, and the name fit the type of skaters and shitty photos I took. Derelicts and out of focus pictures in sub-par situations. 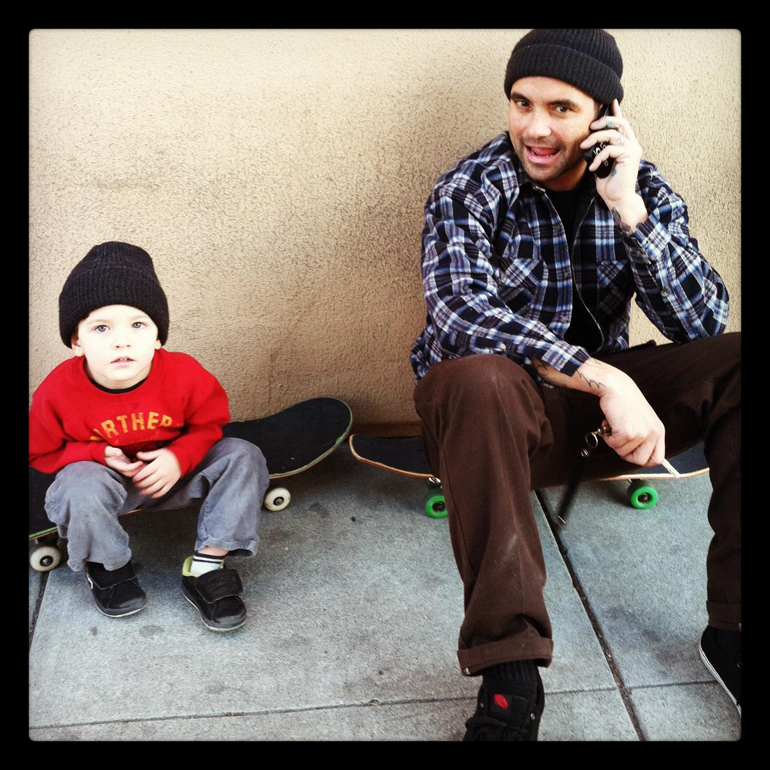 It started as a ‘zine and turned into a widely published magazine. How did you get from point A to point B? I like that it’s never really lost its ‘zine’ feel.

Well, long story short is that I got a ton of support from my friends, skate companies and skate shops that I knew. That’s kinda what kept me going and putting all I could into it. With the support from the companies and shops that wanted to be a part of it, it grew into what it is today. My goal has always been to keep it “Lowcard ” and keep it having a “zine” look and feel. Some people may not agree with it being glossy and in partial color now, but I also think it’s something that doesn’t need to be defined. Call it a mag, ‘zine, it doesn’t really matter. It is what it is.

You started all of this with your then girlfriend, now wife. What’s it like working with her? She must be awesome.

My wife’s name is Reija, and she’s been helping and running things since issue #2. She’s a special girl to be able to put up with a mostly “dude” deal. But yes, like anything else we’ve had our moments and been at each other’s throats. She’s grown thick skin; I can be a little tough to deal with. She’s not always a princess either. We have a three-year-old kid now, so yeah, she’s pretty awesome. Couldn’t of got this far without her.

My goal has always been to keep it “Lowcard ” and keep it having a “zine” look and feel. Some people may not agree with it being glossy and in partial color now, but I also think it’s something that doesn’t need to be defined. 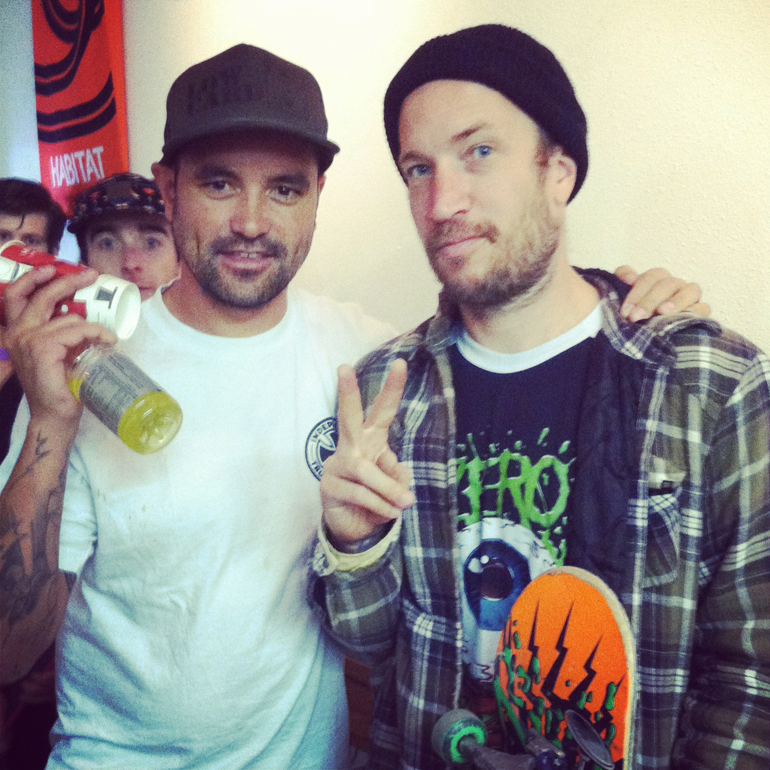 Somebody forwarded me an Epicly Later’d video documenting “Robstock,” the Lowcard party that you used to throw back in the day. It looked rad. Can you tell our readers about that?

I grew up in a small town in Maine. My father bought this shack with a few acres of land when I was in high school for $16,000. It’s a shack, it didn’t have plumbing when we first moved in – took dumps in trash bags, went outside to piss, chainsaw construction, raw trees for supports.

Anyway, my father died in 2002 – which by the way, he wanted a “Viking funeral.” He wanted me to put his body in his bed and torch the place to the ground, which I would’ve if it were legal. We just cremated him instead.

So after his death that summer I built a ramp and had some friends up which snowballed into Hightower, Damasek and other bands coming up along with people from New York, New England, West Coast, and all over. So I had the party every year for awhile until I was over it – lots of cleaning, adult babysitting and dealing with the law. Pat O’Dell rules though, I like that guy a lot. Thanks for filming that.

When did the Lowcard clothing line come into play? What inspired you to branch out from the magazine? (Those beanies look hella cozy btw.)

The shirts just kinda happened. It snowballed like the mag, we try to make funny stuff. The beanies we’ve made from the start pretty much. Function over fashion, right?

“Stay Lame” can be applied to a lot of people. Some shitty people will never change so stay lame. 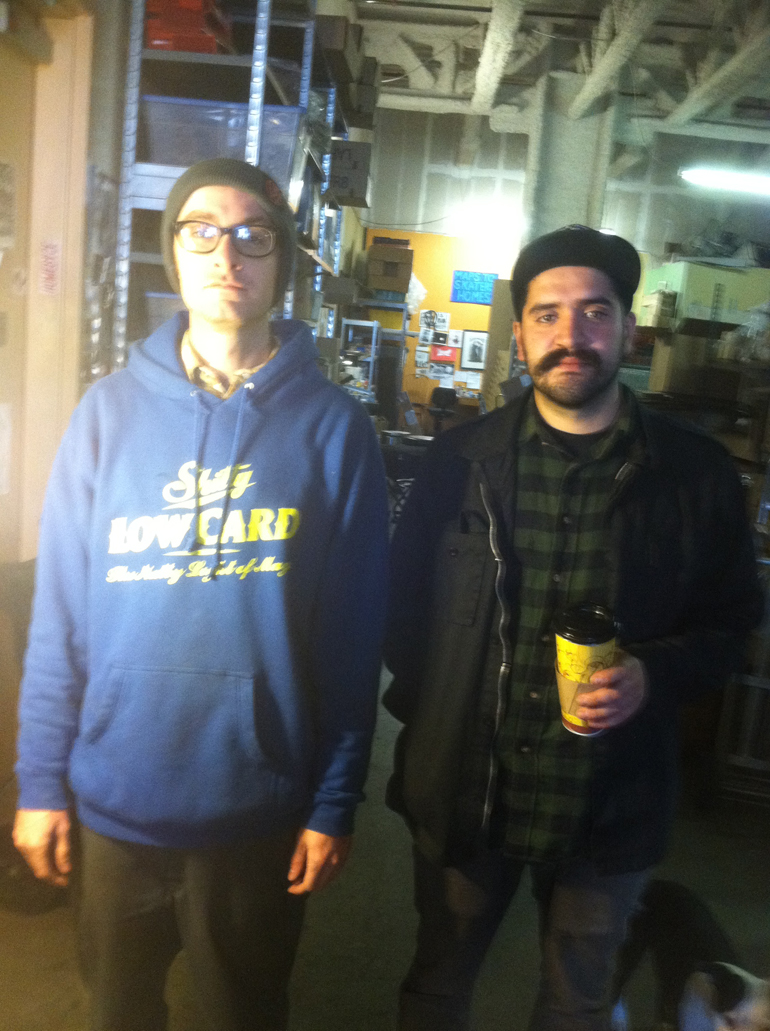 What do you do aside from Lowcard?

Besides Lowcard, I work a regular job moving heavy things around; hang out with my family, skateboard and such.

What is it like working in the skate industry? Is it always as fun as you make it look in your magazine and on your website?

The skateboard industry is just like anything else, you deal and associate with people you choose to. Just like anything else, there are lots of fake smiles and weak handshakes. But there’s also still a brotherhood out there and that’s who we associate with and that’s who you’ll see in the mag and on the website, working together to make sure we keep it real and keep it fun.

How did “Stay Lame” stick as a catchphrase? I want to start signing my emails with that.

Please do attach “stay lame” to your emails. It’s a phrase I came up with playing off the movie “The Outsiders” phrase, “stay gold pony boy.” Benny Gold has done “Stay Gold,” then Sole Tech named their video that. But I thought of it after dealing with some lame ass people. “Stay Lame” can be applied to a lot of people. Some shitty people will never change so stay lame.

You’re based in San Francisco. How does that influence the magazine, and Lowcard in general?

San Francisco is awesome, I moved here in 1993. It has a ton of skate history and it’s changing every day. It has the right elements; hills, natural terrain, a lot of spots a short distant away, and great people for the most part. I didn’t have a car for years; skating & public transportation is easy here. It’s a natural influence that I never really think about. 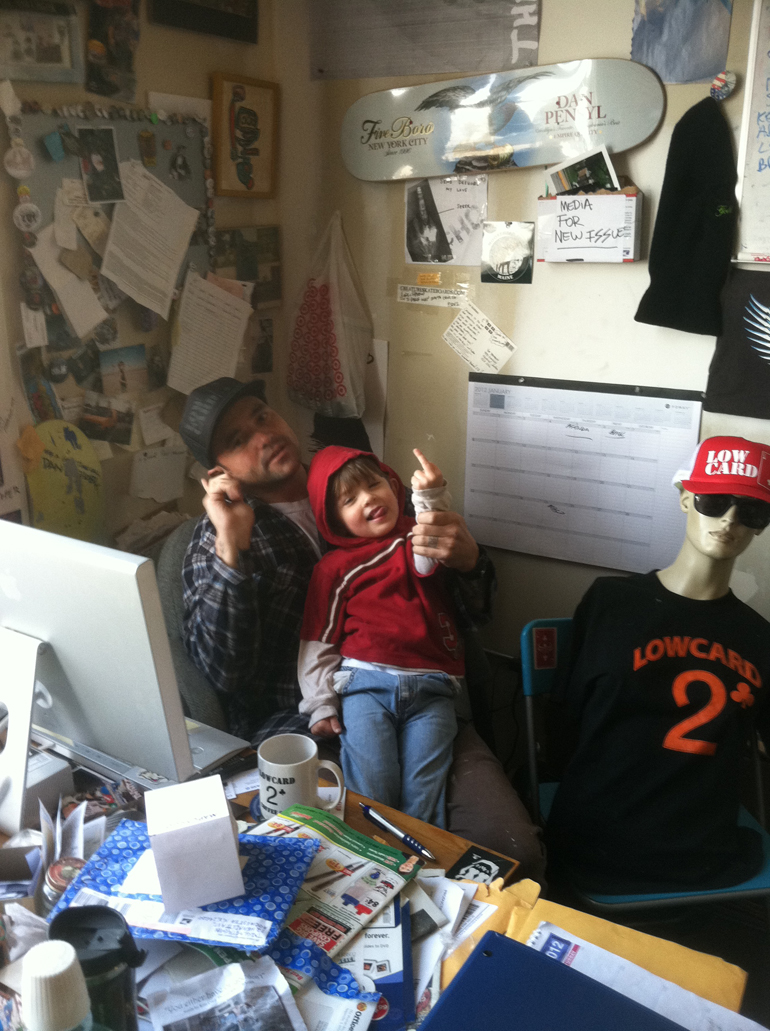 What are some of your favorite skate spots?

My favorite skate spots are anywhere without a lot of people. Any spot where I have a few of my friends and a good session. It could be a curb for all I care; it’s the equation surrounding the session.

Any skater on the come up that you think we should look out for?

I saw Coco Santiago the other day, he was looking good – he’s on a personal come up for sure. Jerry Gurney rips, Josh Matthews, Trevor Colden—shit there’s too many. Gonz always has surprises. I’m probably not the best at this question.

What is the best part about what you do?

The best thing is skateboarding – that’s the best thing about anything. You’ve got to skate to understand the marriage to it. I get psyched to see other people psyched to be part of Lowcard, for someone to have their picture in it and want to be involved. We put everything we got into it, so it’s gratifying to see that energy and effort get people psyched to skate.

Lowcard is approaching its ten-year anniversary. Cool plans for the future?

Ten years is coming up 2013, yeah—big plans to be a big disappointment! Just joking, plans to do what we do, never stop, and see what happens. Big ten-year party for sure, TBA. You guys at The Hundreds all have an invite for sure!

Thanks to you, The Hundreds. Thanks to any company and shops that has ever carried or supported us, ever! Thanks to anyone that’s ever supported Lowcard, we’re so grateful. Let’s keep it going!