What is your personal history with skateboarding and graffiti, and what made you want to start Skate All Cities?

I’ve been skateboarding for roughly about 20 years and writing for about 18 years. Skate All Cities actually started off as a little idea between me and a couple of friends back around the mid to late ’90s when we were all little kids skating in and around the East LA area. We all wanted to start a skateboarding crew and my buddies Levi Medina and Jerry Morales randomly came up with the name “SAC”. At that time I was barely getting into the graffiti game and came up with the pseudonym “Skate All Cities”. The rest is history.

What is Skate All Cities’ mission statement?

Skate All Cities originally started off as a skateboarding and graffiti crew and will always be since day one, but we’ve expanded it into a three part network that consists of a crew, website and brand. Our website serves as a news feed showcasing the world what we’ve been up to as far as the spots we’ve skated and/or painted as well as the progress of any upcoming releases that we have for the brand. The original plan was to create Skate All Cities products strictly for ourselves but it somehow expanded into something bigger than we expected so we decided to take the next step in turning it into a business.

We as skateboarders and graffiti writers see the world from a perspective unlike anybody in this world. We can turn a simple ledge into hours of fun or use an abandoned building as the canvas to create our art all through the foundation of creativity. 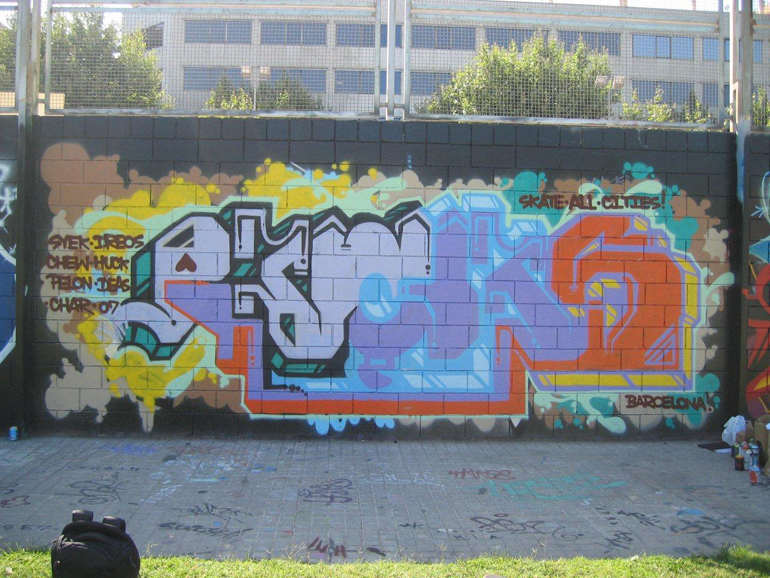 What’s the correlation between skating and graffiti? Where do they meet?

Skateboarding and Graffiti are two of the rawest forms of self-expression and creativity through the “do-it-yourself” mentalities. Both cultures use different mediums but serve the same purpose as far as the outcome; creating something out of nothing. We as skateboarders and graffiti writers see the world from a perspective unlike anybody in this world. We can turn a simple ledge into hours of fun or use an abandoned building as the canvas to create our art all through the foundation of creativity.

Do you have an exact number of skaters, artists, and others participating in SAC?

If I needed to give you a number it would be roughly about 40+ members – give or take. We also have a large extended family who aren’t officially members in the crew but help us out in any way shape or form. We try to keep Skate All Cities as tightknit as possible but with the progression of time an expansion of our crew is needed, so we are currently in the process of recruiting newer members into our team in order to keep it going.

What cities and countries do SAC rep?

Right now we have members throughout California, Portland, New York and Tokyo but we travel around the world and network with people across the globe.

Even though our primary focus is on skateboarding we do have several writers that are in our squad such as myself, CUBES, PELON, SLOUCH, CHUKS, DEAS, ANDY, LOWLY, ARCADE, REST and HORCHATA.

The core roots of Skate All Cities will always be skateboarding and graffiti, however as with anything in life you always want to push the limits to something even bigger and better 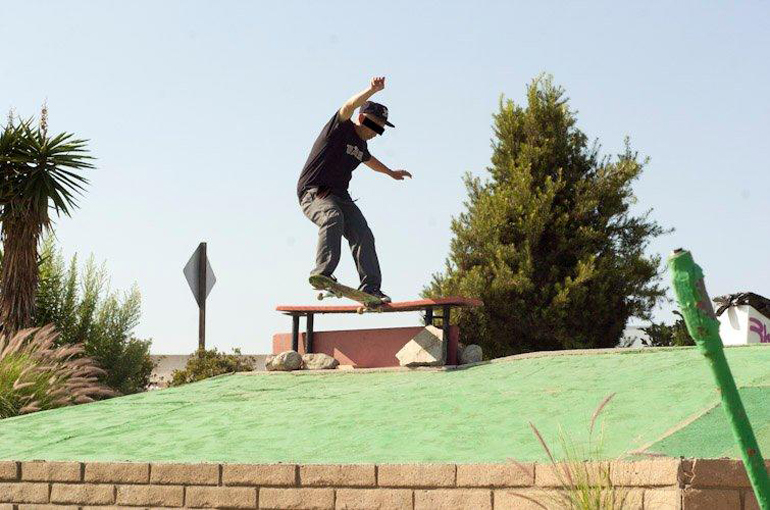 Are you planning to expand from skating and graffiti? To what?

Can you talk about your deck collaboration with Utah?

We approached UTAH back around early 2011 to become Skate All Cities’ first female artist to collaborate with our graffiti pro model decks because of her notoriety within the streets. She’s one of the very few females doing it out there right now so it was only right for us to ask her to collaborate with us.

What are some of your favorite past collaborations?

All of the collaborations that we’ve done so far are my favorites, but if I had to choose one I would pick the REVOK deck that he produced for us. That board actually came out on an issue of JUXTAPOZ a while back and generated some buzz that got us pretty hyped.

Who would you love to collaborate with in the future?

We would love to collaborate with any types of artists from around the world, but we’re not limiting ourselves to strictly graffiti writers even though that is our primary focus. Anybody who’s down to ride with us, we’ll ride with them. Plain and simple. 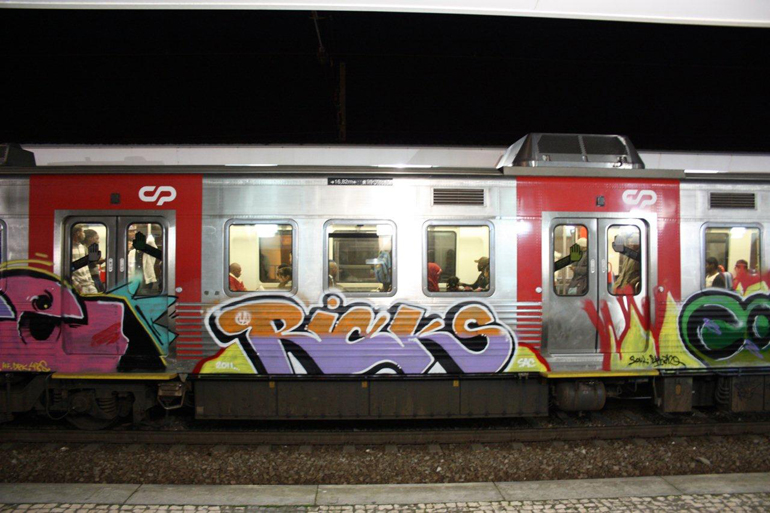 How can people get involved?

I actually get asked this question a lot by people who are interested in joining Skate All Cities. In order to get involved you have to be obviously talented on the skateboard as well as with a spray can, but what we value the most from someone joining our crew is their sense of character and how they fit within our family. We don’t care how skilled you are but if you hold no life values and act disrespectful then don’t even bother. A strong foundation of loyalty within the crew is #1 priority to us, and everything after that is secondary. Once you become a member you are officially down for life. The majority of us even have tattoos just to prove that we’re certified for life. I personally consider each and every one of our crewmembers as family more than anything and they know it. I have their backs to the fullest through thick and thin, no matter what.

Anybody who’s down to ride with us, we’ll ride with them. Plain and simple.

Where would you ultimately like to see SAC end up?

Ultimately I would love to be able to keep pursuing Skate All Cities as a brand by using our products as the outlet to produce art and creativity. We started Skate All Cities from the heart and it was never about the money from the beginning. It was all about having fun and being able to create to show the world who we are, and if there are supporters out there that are down for us then that just makes it that much better. We know where we came from and that will never change.

What are your plans for the future?

2012 is going to be an intense year for Skate All Cities. We are going to be working full force with restructuring our crew by recruiting newer members as well as working on a full-length video that’s been in progress for quite some time now. We also plan to work and collaborate with more and more brands in the near future including a capsule collection with our good friends over at The Pros & Cons, so look out for that in the following months. Other than that we’re just going to keep on skating and painting until the wheels fall off. 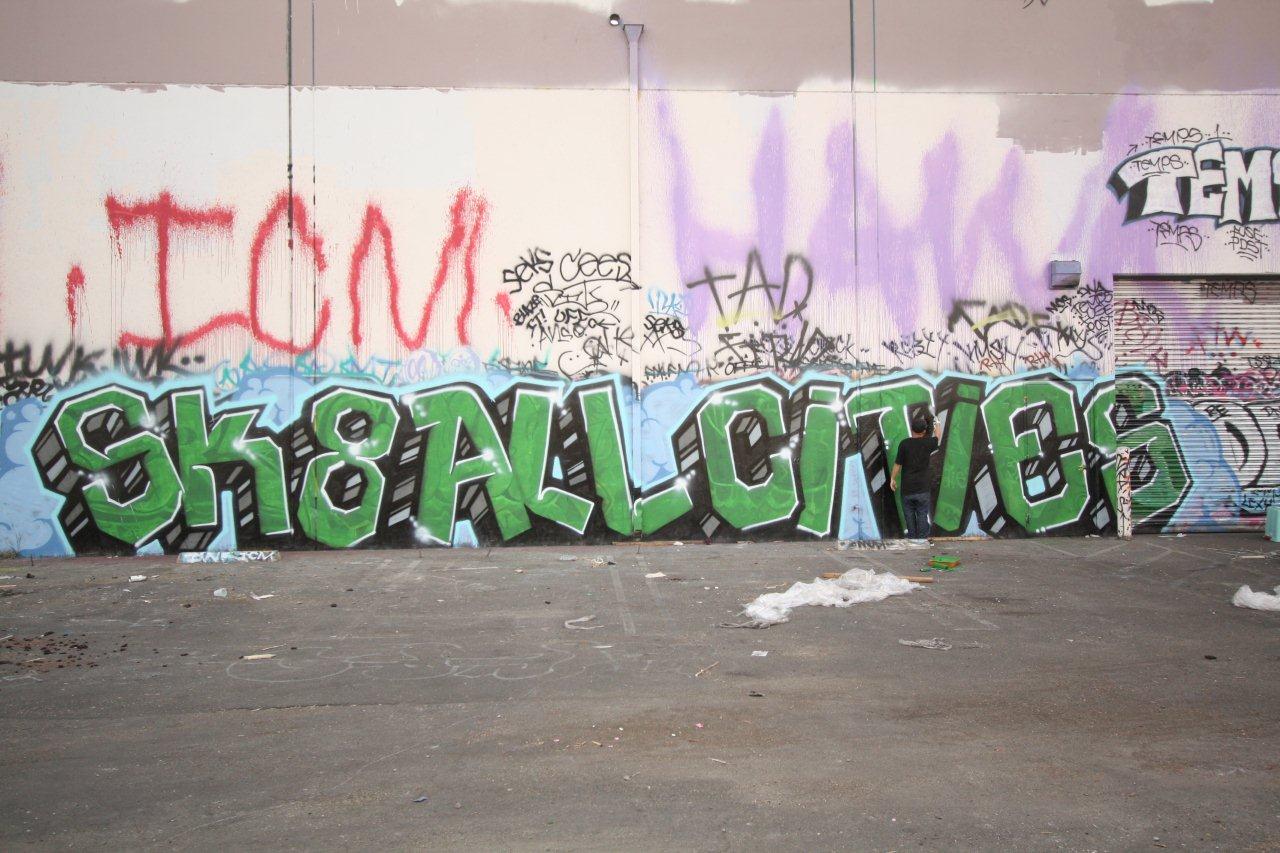