In Laurent Kronental’s masterful Souvenir d’un Futur, the French photographer captured the lives of senior citizens living in monolithic housing projects in the suburbs of Paris. Through his lens, the forgotten architecture, most of which dates from the 1950s to 1980s, seems dystopian, even otherworldly. In one of Laurent’s favorite photos, for example, an 82-year-old man with a cane stares out at Les Arcades du Lac, six conjoined apartment buildings that erupt from an artificial lake. “I wanted to question the story of these large estates,” Laurent told The Hundreds, “and to understand how their inhabitants had adapted themselves to them.” In the following interview, Laurent describes how the project began, why he juxtaposed man with the manmade, and the works of science fiction—from Blade Runner to 2046—that have most inspired his vision. 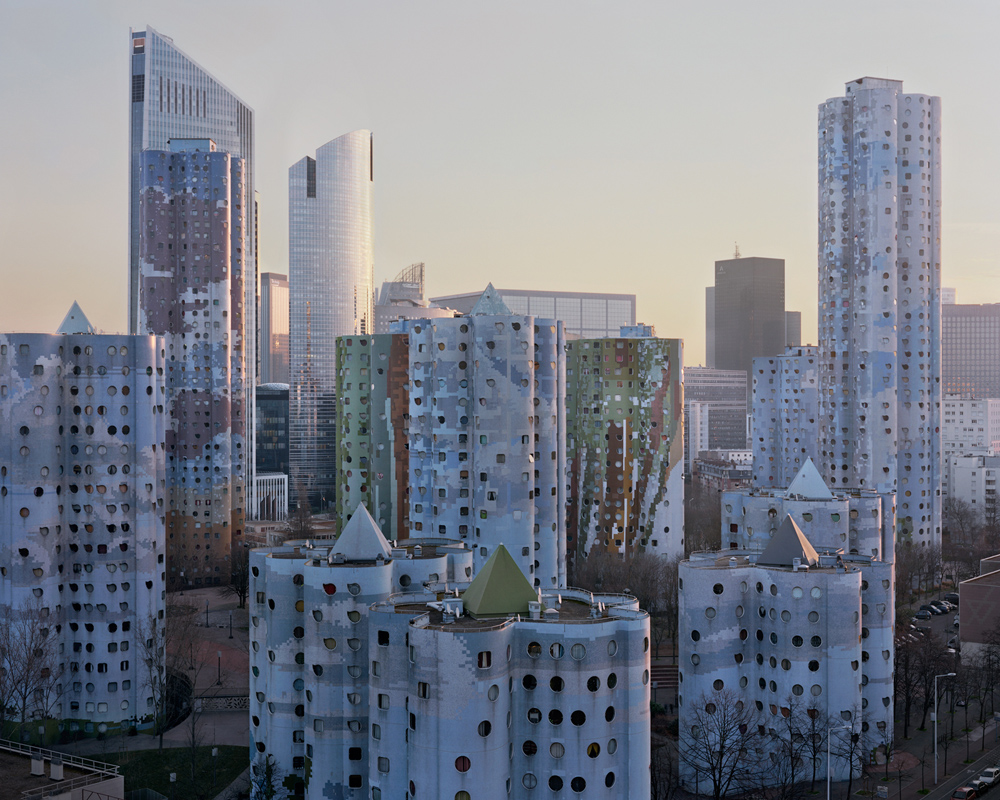 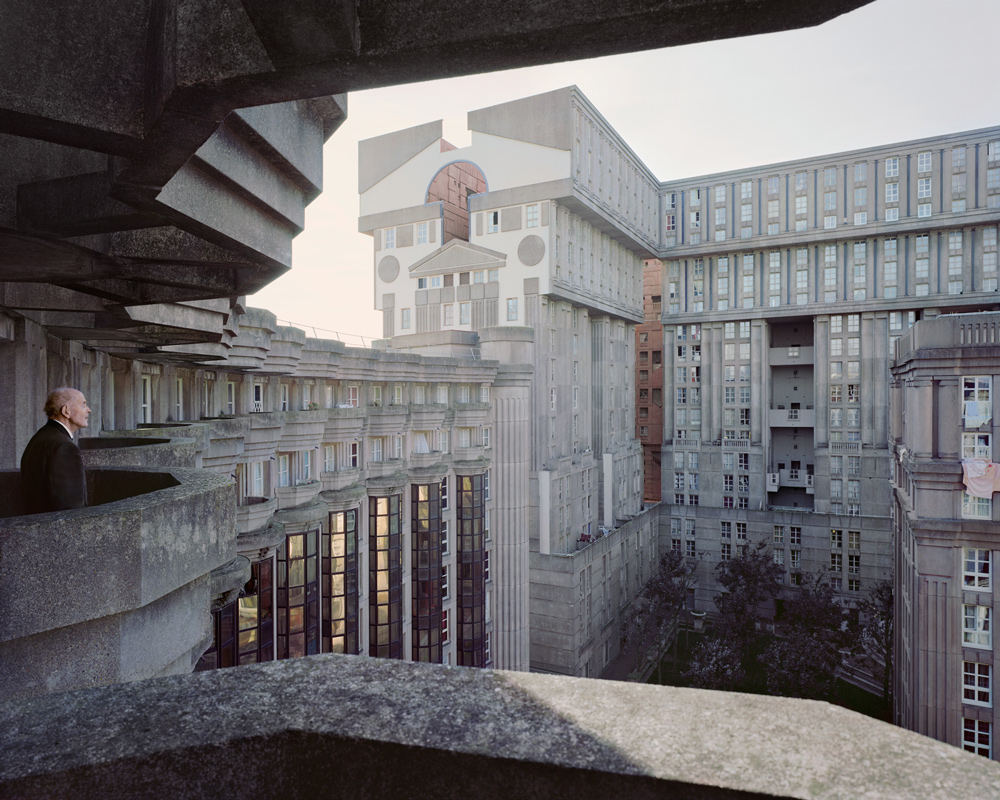 ZIO: When did you first start taking photos? What attracted you to photography?

LAURENT KRONENTAL: In fact, my passion for the image goes back to my childhood, but I only started photography at the age of 22, while traveling for six months in China. I was then living in Beijing and using a small compact digital camera to capture my Asian experience. Fascinated by large cities, I was very excited to be part of one of them and be able to visit the country that had intrigued me for so long. From mega-cities to rural areas, everything in this country is overwhelming. I was quite impressed by the speed at which China was evolving, and the singular contrasts between modernity and tradition. I’d never experienced such urban density. Then, Hong Kong was determinant. I was literally absorbed by its atmosphere: the palpable tension of an ultra-futuristic city mixing thousands of neon signs and skyscrapers with apartment buildings. Hong Kong, city of excesses, city of extremes, certainly unconsciously contributed to stimulate a research into the juxtaposition of different periods and an attraction for the ways in which man tamed space and architecture. 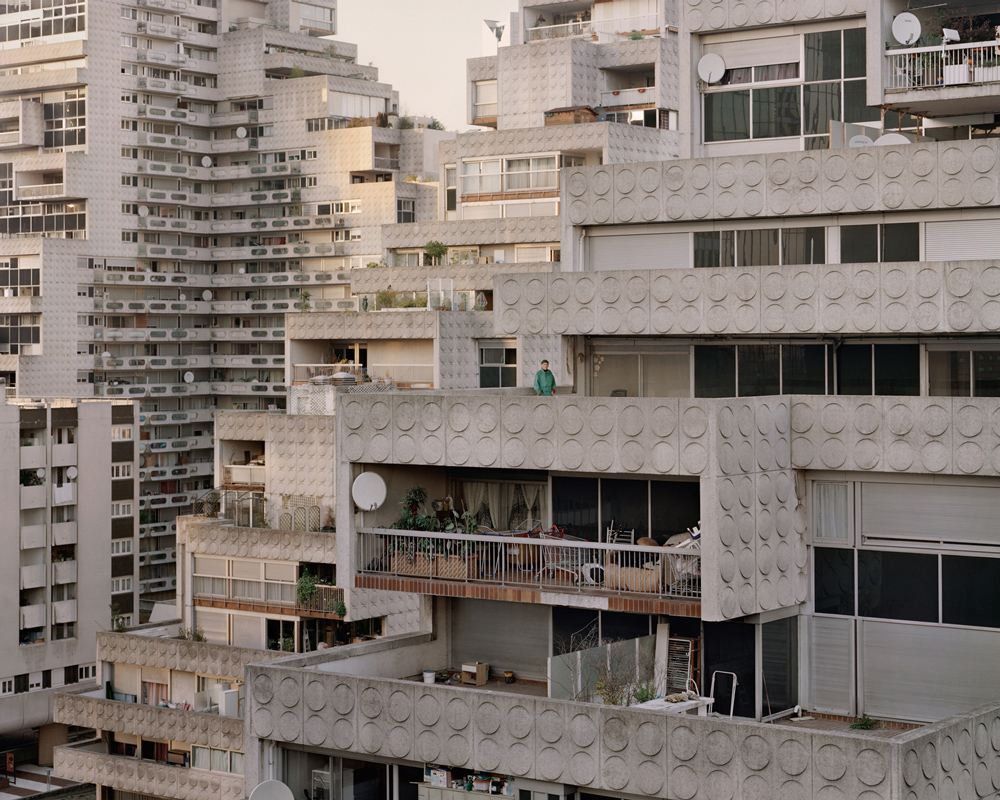 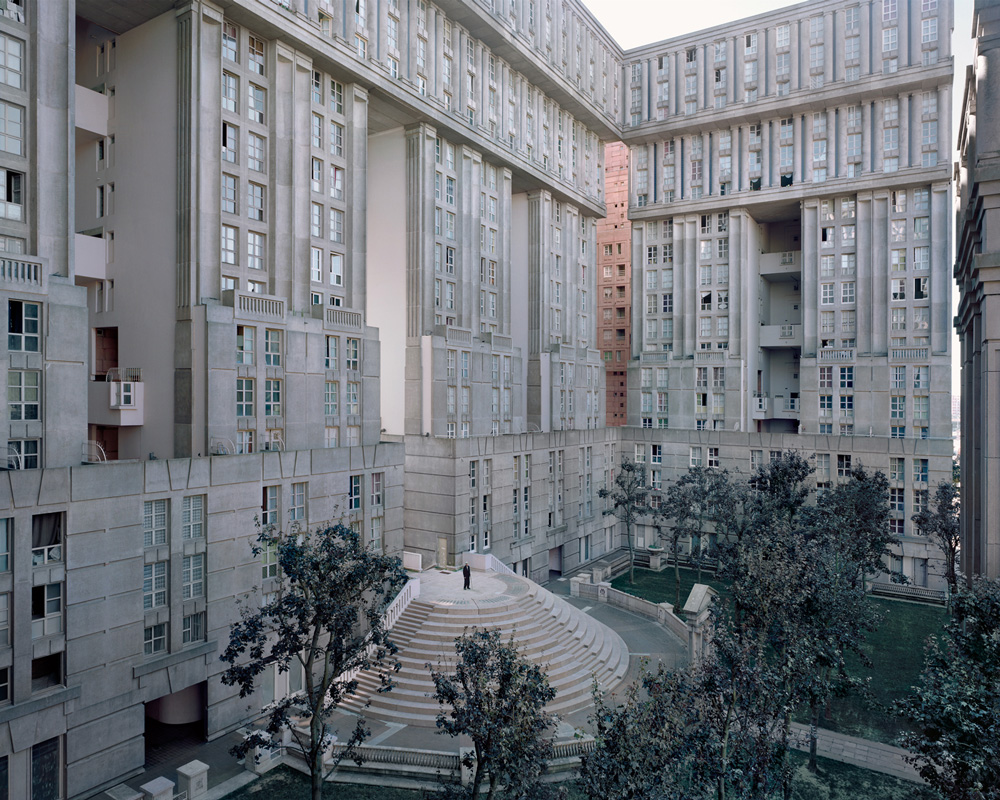 How did this project begin?

I am a self-taught photographer. So after returning from Asia, I purchased a full-format digital camera and practiced, strolling around the district of La Défense, which I found quite photogenic; it allowed me to develop my critical sense while learning from my mistakes. With time, I came to wonder about what I really wanted to show. It was important for me to give meaning to my photographs. I then discovered, in the neighboring city of Courbevoie, a tiny little street where time seemed suspended for years—countryside at the foot of office buildings. The place was surreal. I befriended a couple of old people and started to photograph them. Their traditional garden offered a stark contrast with the surrounding skyline of towers in La Défense, bringing together two different eras, two different living styles.

At the same time, I developed a great attraction towards the architecture of the “Grands Ensembles” [large housing projects]. Two areas next to my home have been essential in my approach: “Les Damiers” at Courbevoie and “Les Tours Aillaud” (they are also called “Tours Nuages” or “Cité Pablo Picasso”) at Nanterre. The more I photographed them, the more I was amazed. The buildings seemed timeless, as if their reason for being oscillated between past and present. Then I discovered other examples of monumental and spectacular architecture around Paris and in the capital... I got interested in the history of these estates, origins of their construction and their place in society. I am fascinated by their oversized urbanism and their look both rough and poetic. Often criticized, they fascinate or bother but leave no one indifferent. Their size reminds me of Colossus. 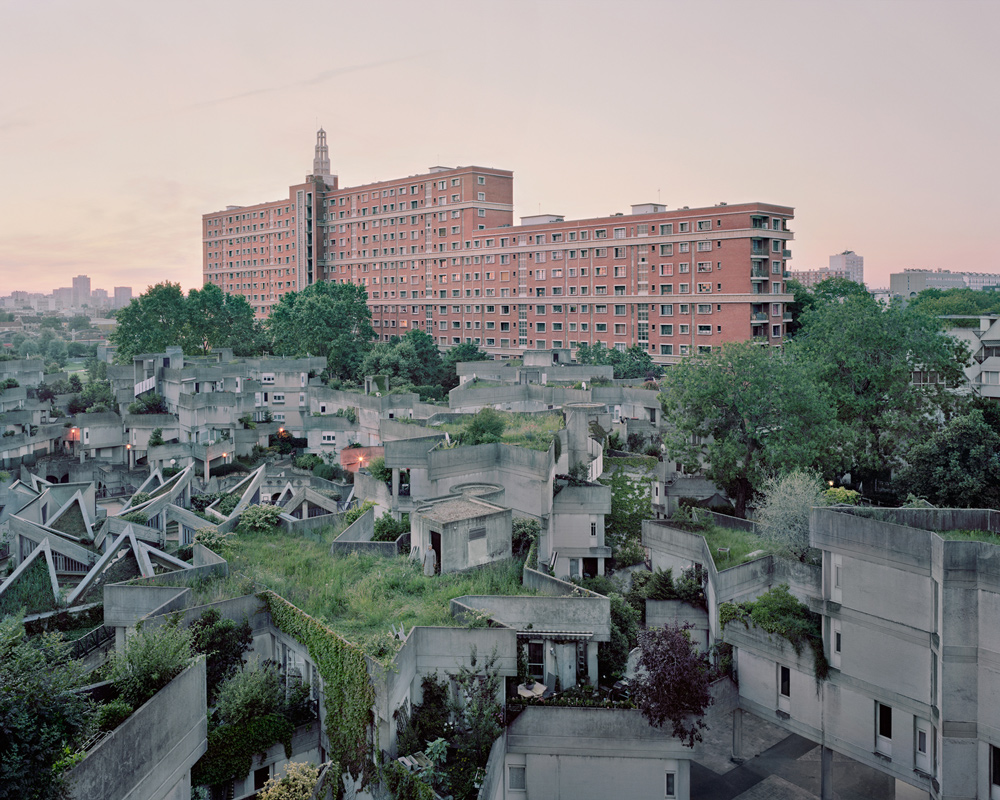 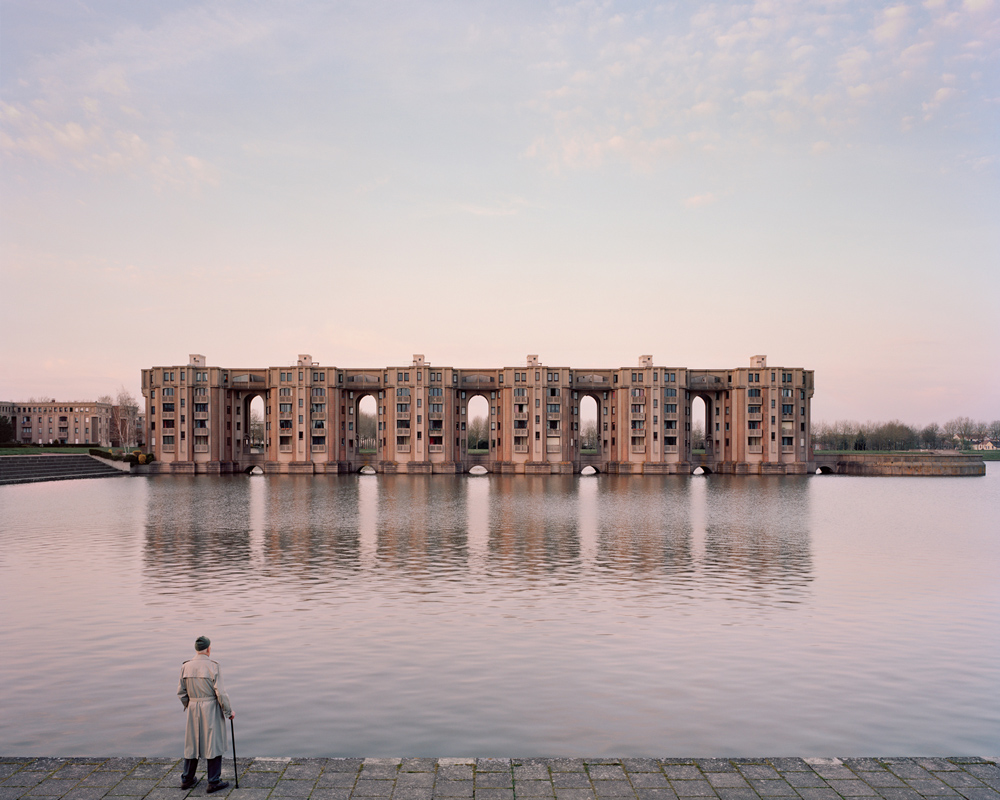 Why juxtapose seniors with the architecture?

Seniors have always inspired me, and I had this deep feeling to put them at the front stage. I wished to communicate with them, know their life and try to deconstruct this sometimes-depreciating image of old age that arises from our society. I then said to myself that there was a subject to explore both on the passing of the generations as well as on the impact of time on the architecture and the lives which it tries to harmonize.

The housing estates seem barren. Did you purposely shoot them to look this way or are there actually only a few seniors still living there?

These places are really inhabited. The majority of my images have been done early in the morning, sometimes at the end of the day, to emphasize this feeling of a parallel post-apocalyptic world mixing past and future. In this magnificent and ghostly world, the structures of our cities gobble the human, the product of our fears and hopes for an organization of the city. In this other universe, the last inhabitants would be the elders. It was a way to enhance this generation in focusing our attention only on them. 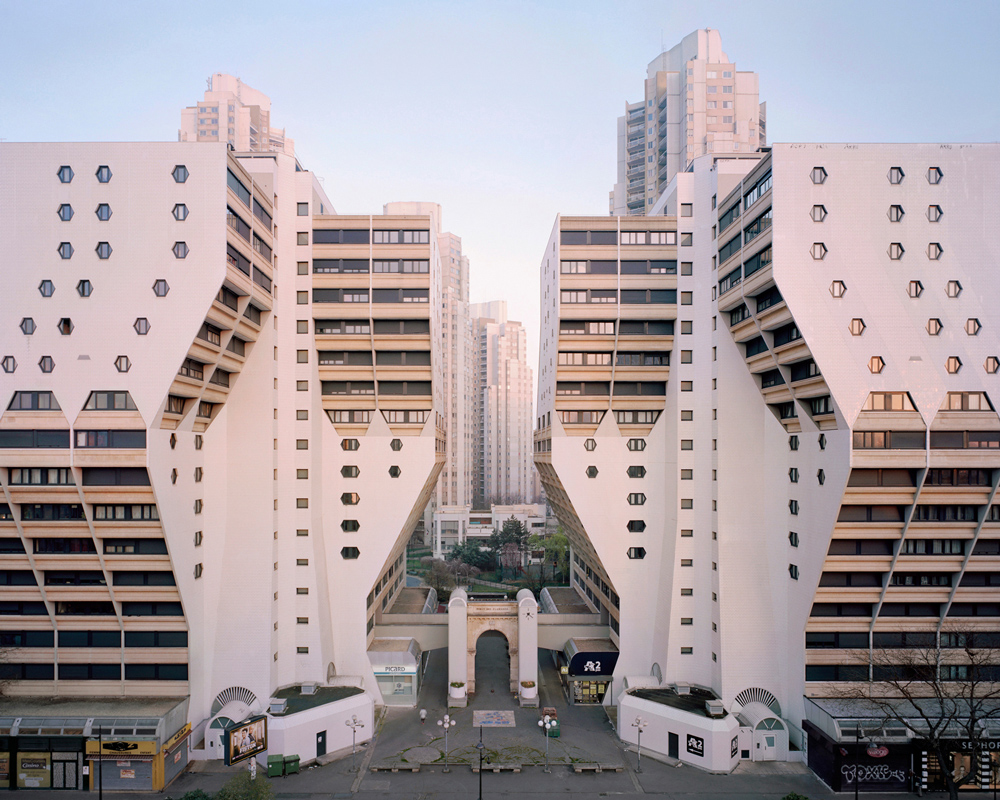 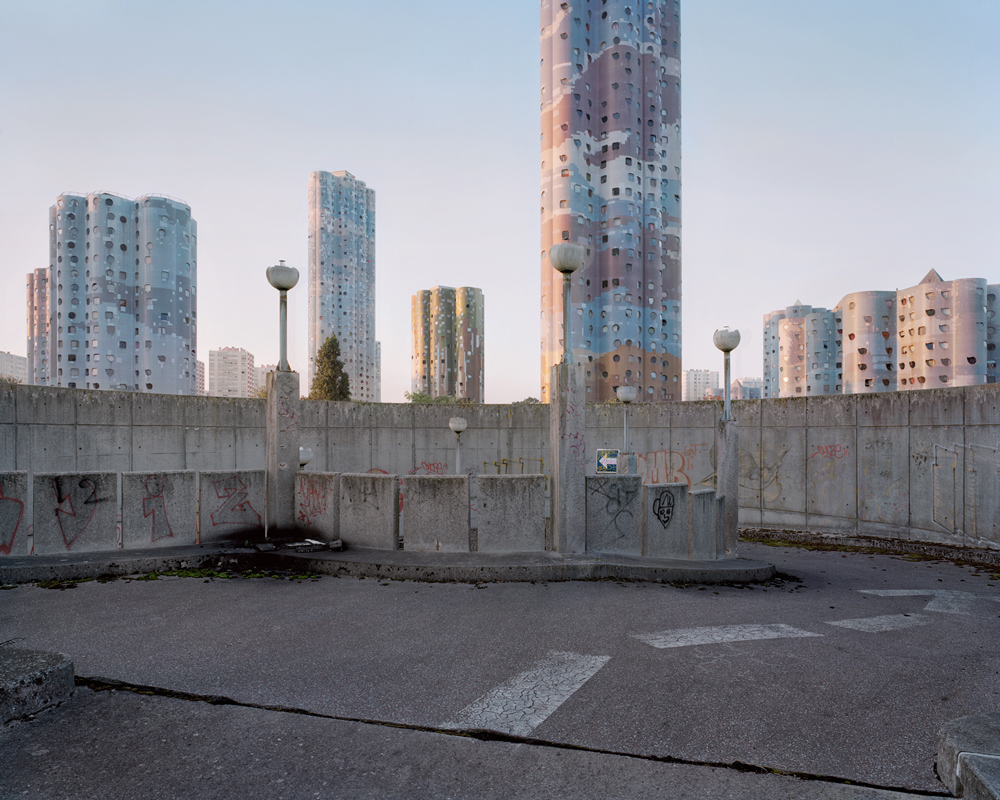 The photos absolutely seem as if they were taken from a post-apocalyptic planet. Are you interested in science fiction? What works of science fiction have been an inspiration to you?

The cinema universe developed my imagination and my sensibility, through movies like Blade Runner, Brazil and Metropolis. Blade Runner deeply touched me by its dystopian and retro-futuristic vision, neo-noir and a reference to the cyberpunk movement. What really struck me, and that I retrieved in China, is this mixture of old and sometimes decaying, ultramodern urban elements. I also really appreciated the aesthetics and atmospheres in Wong Kar-Wai’s 2046, and Jean-Pierre Jeunet’s La Cité des Enfants Perdus. Also animation movies such as Ghost in the Shell, Hayao Miyazaki’s creations or Sylvain Chomet and his Triplettes de Belleville and his Illusionist. Through drawing or painting, I was able to explore fascinating worlds, like the one of Enki Bilal. Mike Steyels
"It's got some really strong energy, a symbol of struggle." These images speak for themselves—an exclusive photo essay from Boogie documenting the pixação of São Paulo. Raymond Diaz
"Photography sometimes feels a bit like acting, you have to get into a certain role... you need to understand them in order to properly capture them. Getting out of the role sometimes might be a pr... Brock Brake
Photographer Shawn Bush has worked with clients like Vice and The New York Times, but his latest project takes him to North Dakota, home to 150 of the nation's 450 nuclear intercontinental ballisti...
HIDE COMMENTS