Throughout history, there’s always a steady evolution within different languages. Dominant tongues can be tweaked and shifted into different accents and dialects. Pronunciations and the grammar usage of certain words differ from one region to another. People start to make their own languages, creating slang: a new language used within the native tongues but with a more personal touch. Slang is a home feeling more than anything; It’s the sense of being part of a culture, an area, a street. That’s all it is.

Slang is exactly what gave birth to Loud Lary Ajust’s unique sound. Local rappers from Montreal, with a distinct use of wordplay, blend both French and English within their songs. From the outside, it may sound like gibberish, but to us here, it’s just the way we talk. “Franglais” is what we call it.

Loud Lary Ajust started to gain traction, surprising many listeners in 2012 with their debut album Gullywood. Their sound was refreshing, coming from the French side of the scene, with a modern sound. They were rapping about everyday life, drugs, parties, and living in Montreal. It was not until later on, when they signed to Audiogram, that things really started to get interesting for them.

In the fall of 2014, the trio released their second album, Blue Volvo, which got a lot of great reviews and that followed up with a bunch of tour dates, ending on November 20th, 2015, at Metropolis. I was there. That was my last show I saw in 2015. It went down in history, and I even got the chance to get a couple words in. 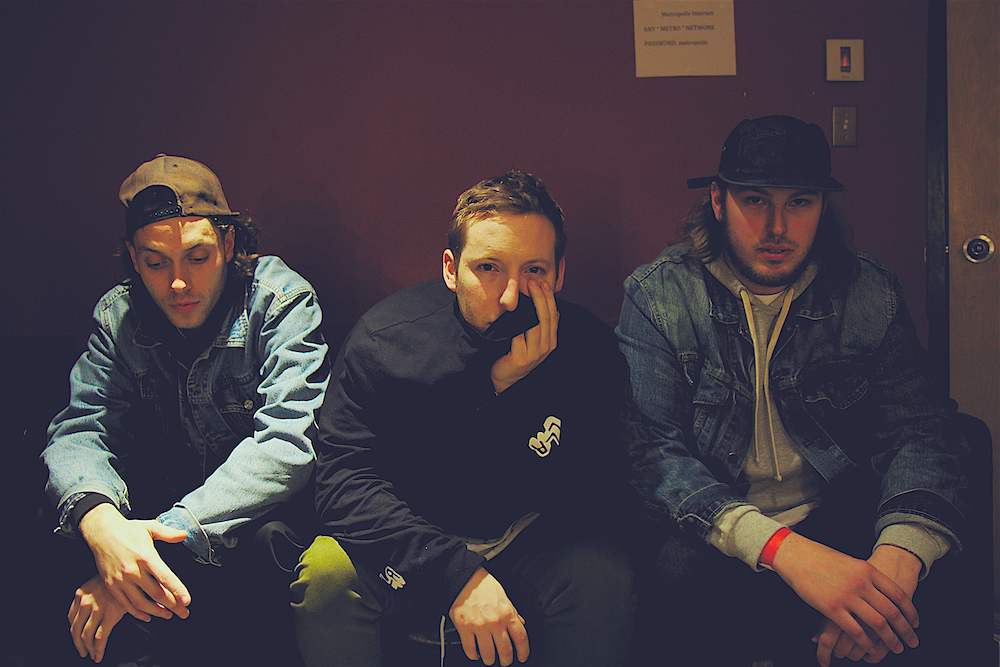 JOHNNY F KIM: How did Loud Lary Ajust form?
AJUST: Loud & Lary have known each other since high school. I came in the picture through a college friend. And in 2012 we dropped our first album Gullywood. The rest is history.

The French Rap scene in Quebec is a bit more dominant then the anglophone side. We can really notice a stronger following within our province and a bigger fan base with loyal fans. Rappers like Alaclair Ensemble, Dead Obies, Koriass, Eman x Vlooper, and yourself seem to have understood the culture. Not only do you guys bring quality music, you also deliver a unique aesthetic to the scene. How important are the aesthetics and visuals for Loud Lary Ajust?
LOUD: In the last few years, rap in Quebec has gotten better. We just started to have our own identity thanks to a few artists like us that thinks outside the box. But if we put ourselves within the overall Canadian market, our hype is not even comparable to the scene down in Toronto. That particular scene is blowing up and it is also easier for them to export their music outside of Canada because of the language they rap in. I think that we still have a bit of work to do down here in Montreal.

“WE ALWAYS WANT TO TAKE OUR LISTENERS AND FANS OUT OF THEIR COMFORT ZONE.”

But as far as aesthetic goes, it is a very important aspect in our group that we take very seriously in each project we tackle. When it comes down to creating merchandise, music videos, or show performances, we always assure that the way we present ourselves is always coherent to the groups identity. We all take part of the creative process of the visuals of the group and we tend to be very, very picky with our collaborators.

How do you guys proceed when it comes to branding and the way you present yourselves to the public?
LARY: We’ve always loved doing things differently when it comes to branding. We always want to take our listeners and fans out of their comfort zone. Like, for the album launch party for Blue Volvo, we held it in a garage with a BYOB formula with free tattoos. There are a million ways to to market our projects, but we always try to avoid the more traditional route, just because that’s not who we are and how we do things. We also don’t want to be too predictable in every step we make.

Like we spoke about a bit earlier, French rap in Quebec is, in my eyes, bigger than any other provinces in Canada. It is less of a parallel sound to the what’s going on in the U.S., and it’s more unique. You guys have a refreshing sound, but also rap in our city’s slang and “Franglais.”
LARY: The reality is that the majority of the population in Canada is anglophone. The only reason that we express ourselves in that particular slang is all due to the fact that we are francophone that live in a bilingual city. But we don’t think that any Anglo rapper would be successful by doing what we do. There is a bit of snobism going down here with the anglophones towards the francophones. To that, all we can say is that the language division is a more complex story that we can go on for hours on—but let’s not jump subjects here.

“THERE IS A BIT OF SNOBISM GOING DOWN HERE WITH THE ANGLOPHONES TOWARDS THE FRANCOPHONES.”

What are your thoughts on certain bad criticism that your group has received in the press about rapping in “Franglais”?
LARY: We don’t care at all.

Blue Volvo was a great success. Moving forward, how will you outdo yourselves for the next album?
LOUD: We are simply going to work real hard like we always have. As long as we think that our tracks are not at the highest level, well those tracks will never see the light.

You guys recently changed your live show formula. How much has that slight tweak been beneficial to your live shows?
LOUD: Well, the formula has always been the same. We always perform at our highest energy and always need to separate the show in different segments based on the track list and the moods of the songs. Our last show of the Blue Volvo tour that ended in November 2015 at the Metropolis did get a bigger budget for the performance, which helped us build a better show for that one. But we are as crazy in front of 100 people [as we are] with 3000 people. 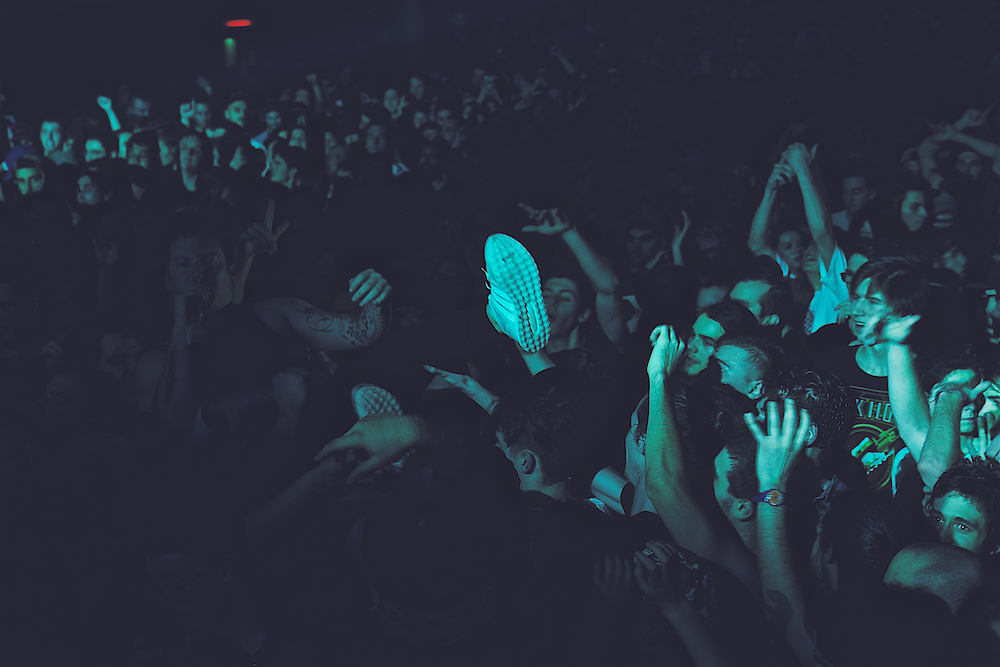 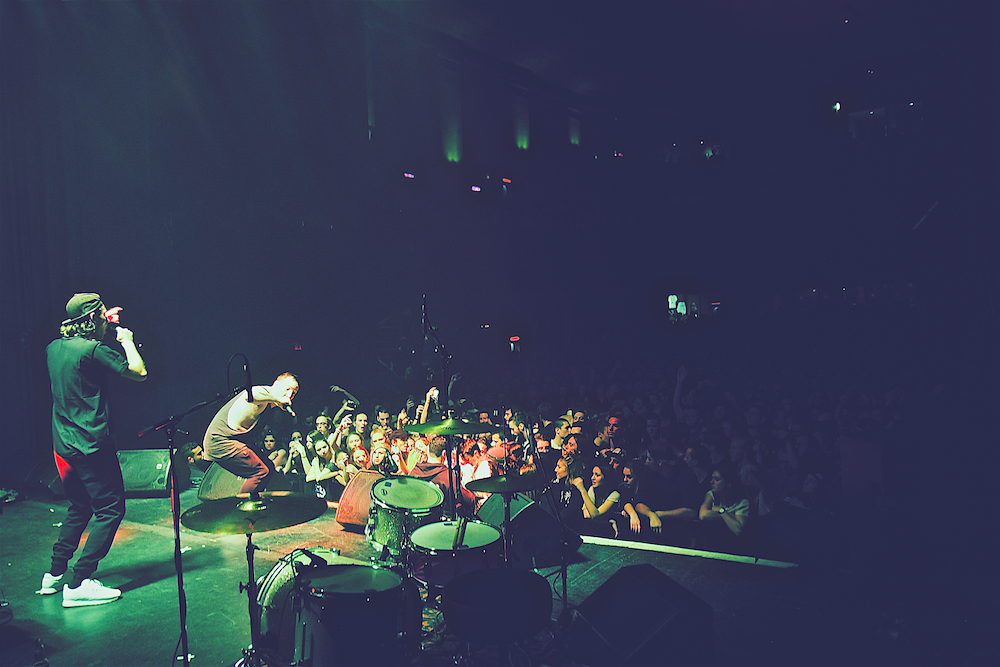 Did you guys face any difficulties when it came time to decide on a strategy to get your music outside of Quebec?
LOUD: We are currently only concentrating on Quebec. When the timing is right and the opportunity is there, we are looking into France. But so far, it’s been good.

How do you guys plan to get your music outside of QC and Canada?
LOUD: It’s just another process. Having fans overseas is one thing, but the most important is to have artists from the outside cosign you. It makes things a lot easier.

Who are some of your influences?
LARY: We listen to everything. From Laura Branigan to Roc Marciano, all the way to Rage Against the Machine. 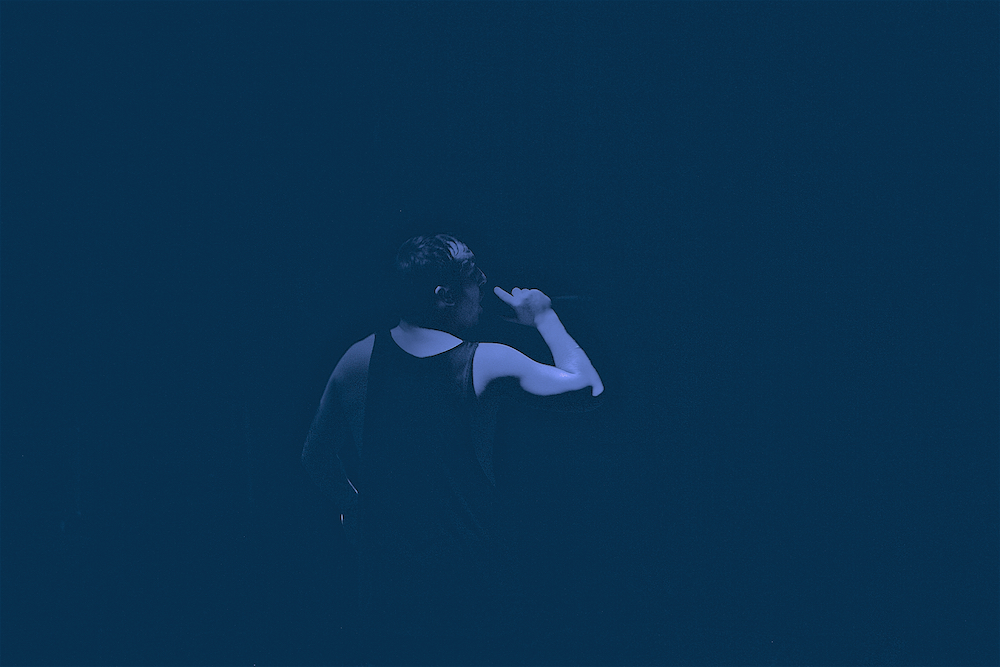 Any projects in the works at the moment?
AJUST: We are currently working on an EP that should drop early 2016. Peep our new single “Jour 1,” an homage to our boy “Grolsch Legend.”

Are you guys happy with the turnout of the Blue Volvo tour? And how was the last show of the tour?
Lary: The tour was dope. Lots of stories and memories. The last show was stupid too. The Metropolis was packed as fuck. No words can really describe the feeling.

Duke London
Before we release our highly anticipated collaboration with Lee Jeans, we spoke with the person in charge of balancing tradition and technology at the 130-year-old American institution.
HIDE COMMENTS