How did you begin your career as a barber?

Becoming a barber was a spontaneous decision. I decided I wanted a trade, and within days, I signed up at the Associated Barber College of San Diego. I became a full time barber student and spent 40 hours a week learning the ins and outs of men’s hairstyles, skincare, and shaving techniques. I received my diploma in “Barber Science and Tonsorial Arts.” I never dreamed I’d become a barber, but I am very pleased with my field choice. 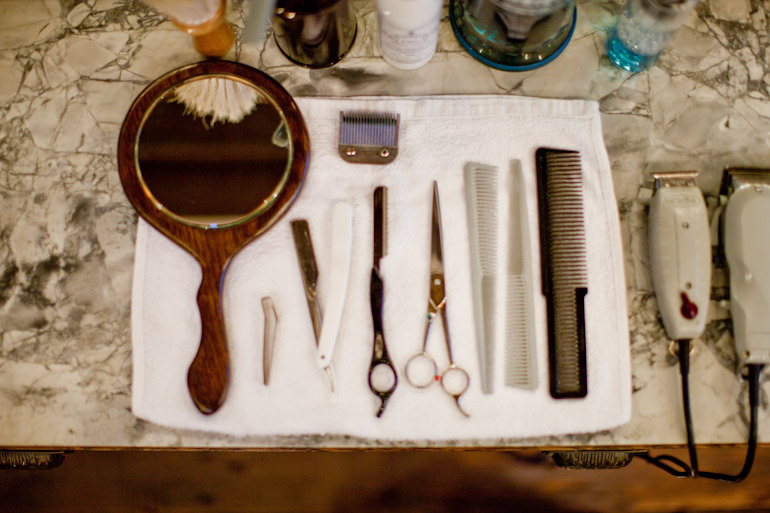 What is it like working as a woman in a male dominated field?

I think there’s still this idea that careers are gender specific. Similar to the old stereotype that ‘doctors are men and nurses are women’, there’s still a common belief that ‘men are barbers and women are cosmetologists’. Clients always say to me “You’re a barber? I thought you were a cosmetologist.” At first I would get irritated by the assumptions, but I think as a society we are still changing and growing, and if being one of the few female barbers is enough to change someone’s mentality, then that is already a step forward.

When did you get involved with Baxter Finley? What has your experience been like? What does the shop represent?

I became involved with Baxter Finley in October of this year. What I love about Baxter Finley is it allows us to be ourselves and do things our own way, applying our skills and experience, while giving clients the true “essence” of a men’s barbershop experience. The shop represents nearly everything I believe in when it comes to men’s hair and skincare. Products carefully crafted out of natural, gentle materials, and no harsh chemicals “¦just a relaxing haircut and hot lather neck shave, followed by a hot towel infused with essential oils. A man’s perfect retreat from the stresses of everyday life.

At first I would get irritated by the assumptions, but I think as a society we are still changing and growing, and if being one of the few female barbers is enough to change someone’s mentality, then that is already a step forward. 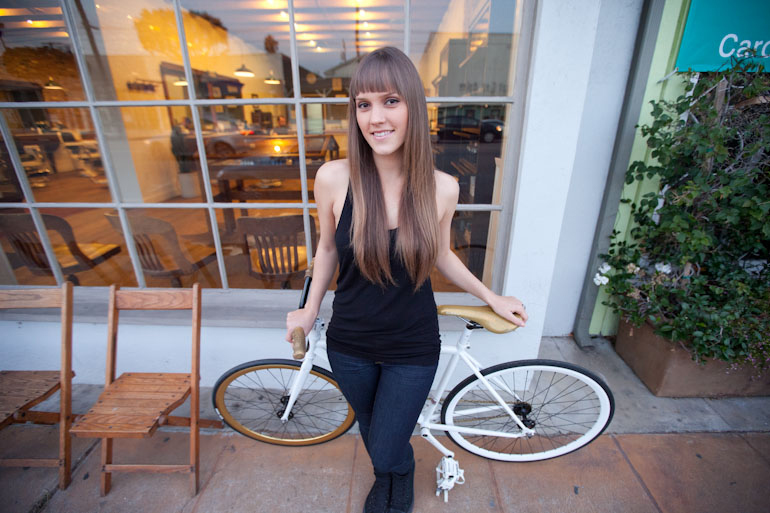 Do you think there has been resurgence in barbery? Does it seem to you that people are getting back to classics?

Yes. I think barbering is a culture that is making a comeback in a strong way. I think people really dig simplicity. And barbershops are just that; a simple establishment that taps into the traditional, classic services that our fathers and grandfathers have utilized for decades. At Baxter Finley, the aesthetic is 1920s but the service is modern.

You also ride a fixed gear bike, and are a sponsored rider. What companies have you worked with, and how did you get involved with riding bikes?

I built my first fixed gear in 2007. It was a 1984 KHS conversion. I was so broke at the time it was all I could afford. The first time I rode it was when I picked it up from the shop. From that day on, I rode my bike almost every night until the sun rose. I fell in love with it. My first track bike was built with the help of Leader Bikes USA. That’s when I started taking riding and track bikes more seriously. I worked with companies such as Munitio Headphones, Mixie 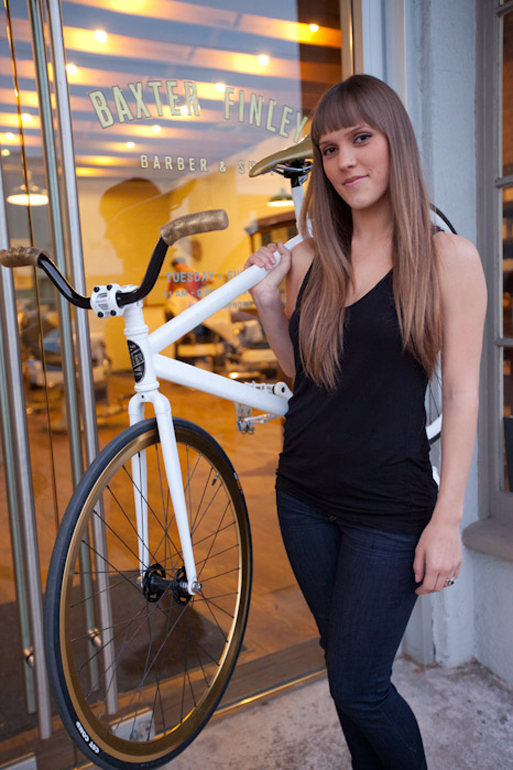 The first time I rode it was when I picked it up from the shop. From that day on, I rode my bike almost every night until the sun rose. I fell in love with it.

How do people react to you riding?

Being a female track bike rider in the states is a rare commodity and I’ve always been lucky enough to hang out with an admirable group of riders that have supported me and described my riding as being “graceful.”

A guy on a unicycle bombing a hill. That was definitely the craziest thing I’ve seen!

What initially attracted you to both barbery and fixed gear bikes?

I’ve always had the mentality that “anything boys can do I can do better.” I’ve never shied away from something male dominated or let being a female hold me back.

Do these two worlds ever collide?

Here in LA there’s a large fixed gear scene. I’ve had great conversations with clients who are also interested in bicycling. As a barber, I am around men all day. Cutting men’s hair and also being an athlete in male dominated sport has given me an angle to relate to men when it comes to their lifestyles.

What else do you like to do when you’re not riding or cutting hair?

I’m always cooking something. I’m big on home-cooked meals, and entertaining friends. I love gardening and plants as well. I’m also a fan of photography and visual arts. I spend a lot of my free time at museums or getting lost in the city and sightseeing on my bicycle.

I really love what I do. Every day is a learning experience for me. I think no matter how well you are doing at something, there’s always room for growth.

What would you like to see yourself doing in the next five years?

I really love what I do. Every day is a learning experience for me. I think no matter how well you are doing at something, there’s always room for growth. I hope to continue to grow and become stronger in both barbering and cycling.

Are you working on any upcoming projects?

I am really excited to be working on an upcoming project with my good friend and inspiration, Emi Brown in San Diego from Leader Bikes USA. 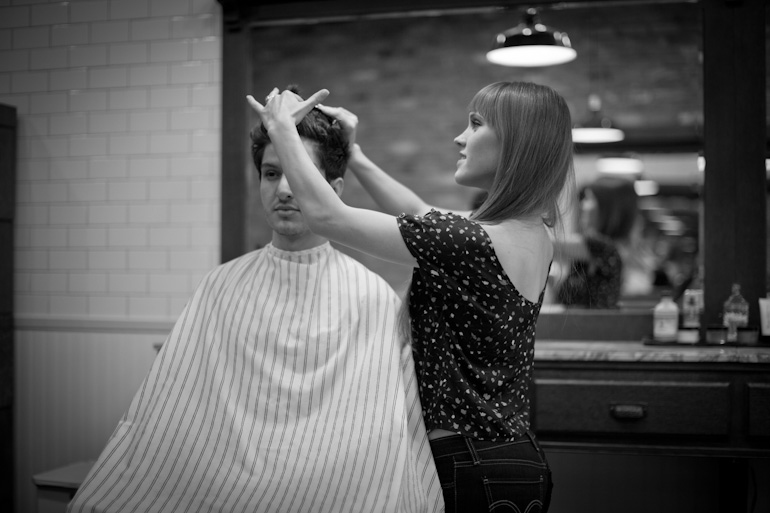