Jazz Cartier Steps Out of the Six and Into the Spotlight

Toronto’s Hip Hop scene is like an “ongoing HBO series,” according to Jazz Cartier.

The upstart, downtown Toronto rapper has quickly become a prominent character in the city, but he isn’t satisfied. Now, he’s focused on breaking out of “the six,” crossing Canadian borders, and heading stateside. The plot thickens…

Jazz (born Jaye Adams) released his critically acclaimed coming-of-age mixtape, Marauding in Paradise in April. Hits like “The Downtown Cliché”, “Dead or Alive,” and “New Religion” have allowed him to reach new fans and preach his gospel in corners of the world, outside of Canada.

His first show in the United States took place earlier this month at Baby’s All Right in Brooklyn, New York. On Facebook, Jazz, 22, described his American debut as “one of those moments where you just had to be there to live it yourself.” “So much love in the air it’s unbelievable,” he wrote in a nostalgic post, the day after.

New York happens to be the first stop in a string of shows across the states for Jazz. He’s hit Hollywood, California, since and is set to headline the popular #SPITSET party in Los Angeles this week, presented by The Hundreds. Shows in Colorado and Chicago have already been booked, and on Twitter, Jazz assures fans daily that there will be more U.S. gigs in the coming months. 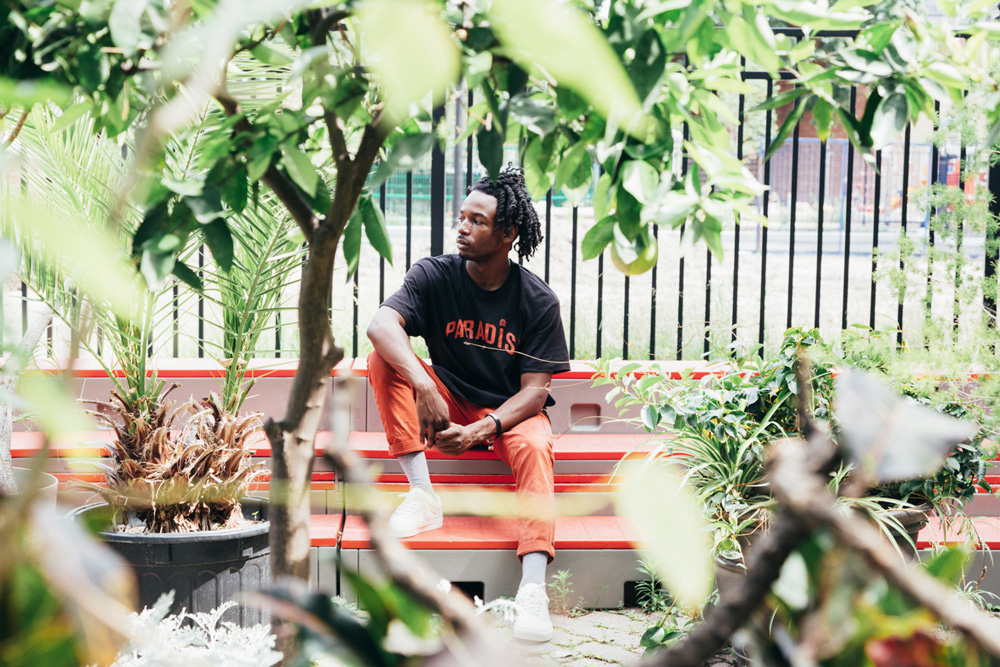 CHRIS HARRIS: Previously, you described Marauding in Paradise as an “album for Downtown Toronto.” What sort of life-experiences helped you create this project?
JAZZ CARTIER: The contrast is crazy. The winters are depressing and extremely dark, while the little bit of summer that we have is the best time of year for everyone. I was going through a lot while making the project. The most important experience was just growing as a person and finding myself.

Lantz produced a majority of the tracks on this mixtape and you also worked with him on Losing Elizabeth. How would you describe your relationship with Lantz and can fans expect you two to work together throughout your rap career?
That’s my brother. As hard as I crack down on him to push the envelope, he pushes me to be a better artist. Lantz is a vital part of my success and career, so as long as I’m doing this, we’ll be working together.

You recently tweeted that you never thought you’d get out of Toronto. What made you feel that way and how did it feel to recently have your first performance in the states?
Not a lot of artists from Toronto can come stateside, let alone do their own shows. So, for me it’s a step in the right direction and what I’ve been working towards. Toronto can suck you dry if you don’t get out. There’s a local celebrity complex that makes a lot of artists feel comfortable with where their at.

How would you describe the hip-hop scene in Toronto to an outsider?
It’s a world within itself. The best way to describe it is it being an ongoing HBO series.

Who are the artists that you’re working with that may surprise some fans?
If I tell you, than it wouldn’t be a surprise.

You used several clips of the Notorious B.I.G. talking in “Forever Ready,” is he one of your influences?
Biggie is one of the reasons I fell in love with hip-hop.

Also you rap “I’m the Biggie of my city.” What do you mean by that?
I’ve been ready to die. 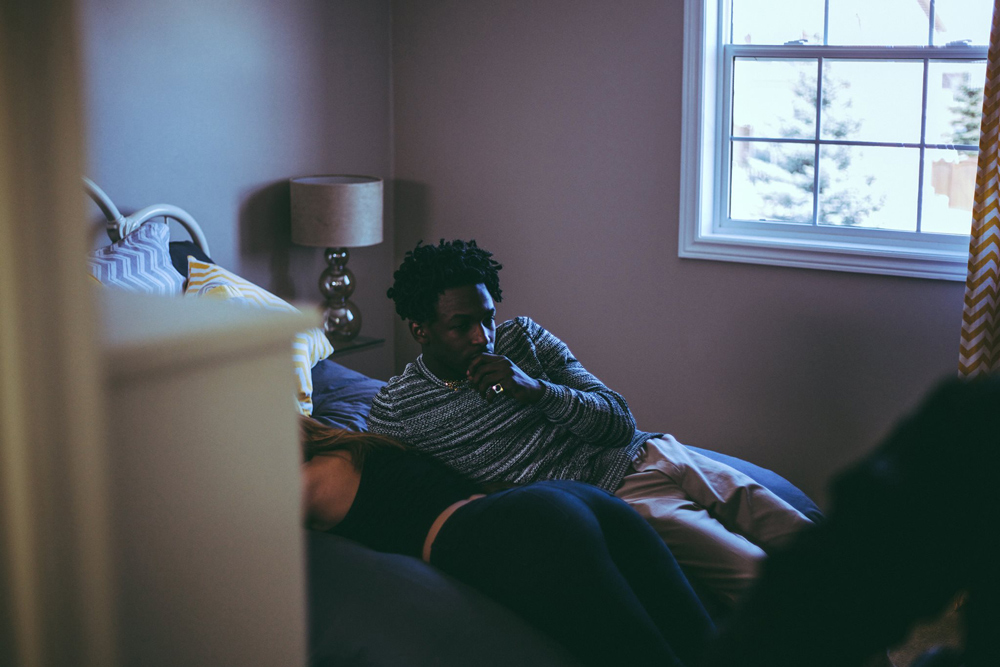 Besides Biggie, who/what are some of the other reasons you fell in love with hip-hop?
Mostly, the emotion I heard through a lot of artists when I was younger and the different styles of rap. I lived in Texas for a while (my family still lives in Houston), and went to school up and down the east coast, so I was getting exposed to a lot at a very impressionable age.

Besides rapping/performing, what else do you do for fun? Do you have any hobbies?
If I’m not in the studio, I’m watching movies or playing video games. Tennis is a hobby that I’ve neglected as things started to get more serious, but I’m going to start getting back into it.

What is next for Jazz Cartier?
More videos, a North American and European tour, more music, and some big surprises. 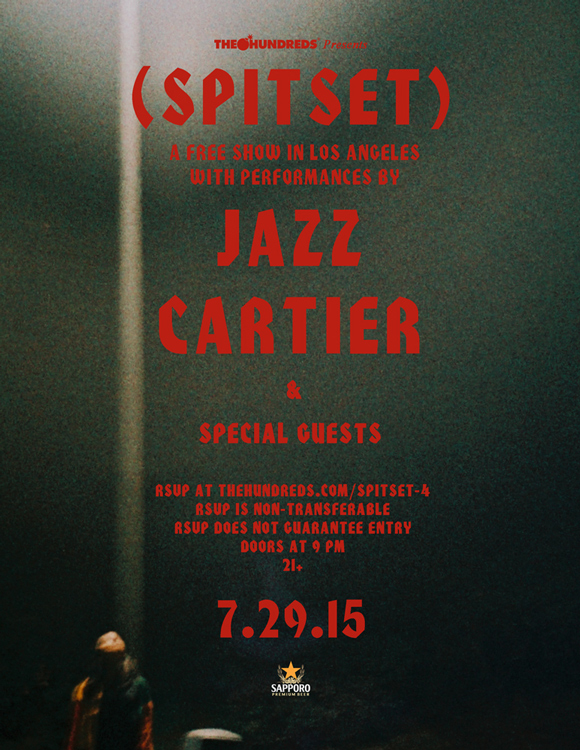 RSVP for his free show this Wednesday in LA at thehundreds.com/spitset-4 or click the flyer above. Kazie Holiday
The Hundreds is proud to announce our fourth official SPITSET TONIGHT in Los Angeles, featuring Toronto rapper Jazz Cartier. There will be some VERY special guests joining Jazz for the night, so ma... Anybody Know the Wifi? :: Last Month's Happenings in Toronto's Underground

Chief Bosompra
Chief shares a behind the scenes look into what's happening in Toronto's underground, from ACC, to Undisposable, to Soho House, and more. Chris Danforth
How can we assess the impact Canadian menswear designers have had in the fashion sphere? It’s hard to make the argument that Canada is sleeping when it comes to boutiques and brands that are holdin...
HIDE COMMENTS