We’ve written about the band before, both on the blog and in our magazine, but since it’s been a busy few months, let us jog your memory. White Arrows is an LA-based five-piece that makes psychedelic-tropical-electro-pop… Ok, let’s be serious, that’s not even a legitimate genre. So, why don’t we all agree to stop condensing that which we can’t succinctly describe into some neat little box constructed from an overly-hyphenated list of unrelated words, that, when compounded, become even more nonsensical than they were individually. White Arrows is certainly an anomalous sound, though; a visceral sensory experience that conjures a pharmaceutically-enhanced desert trip, complete with mirages and coyotes howling in the wind, where the auditory and visual are blended in a high-speed Vitamix, to form something which I could excessively hyphenate and describe to you, but I won’t, because I just said that’s something writers shouldn’t do.

Comprised of The Brothers Church, (big) Mickey and (little) Henry, half brotherJP Caballero, Steven Vernet, and Andrew Naeve,the LA boys are seriously taking the music industry by storm, but with a sense of humor that makes this email interview a lot more entertaining for all of you to read. Fresh off their first full-length album, Dry Land is Not a Myth, and with a new strobe-filled video for ‘Little Birds’ just hitting the web waves, White Arrows is probably going to become the soundtrack to the rest of your summer debauchery. Check out our interview with Mickey below, follow the guys on twitter, instagram,and Facebook, and catch them at Echo Park Rising on August 17th. 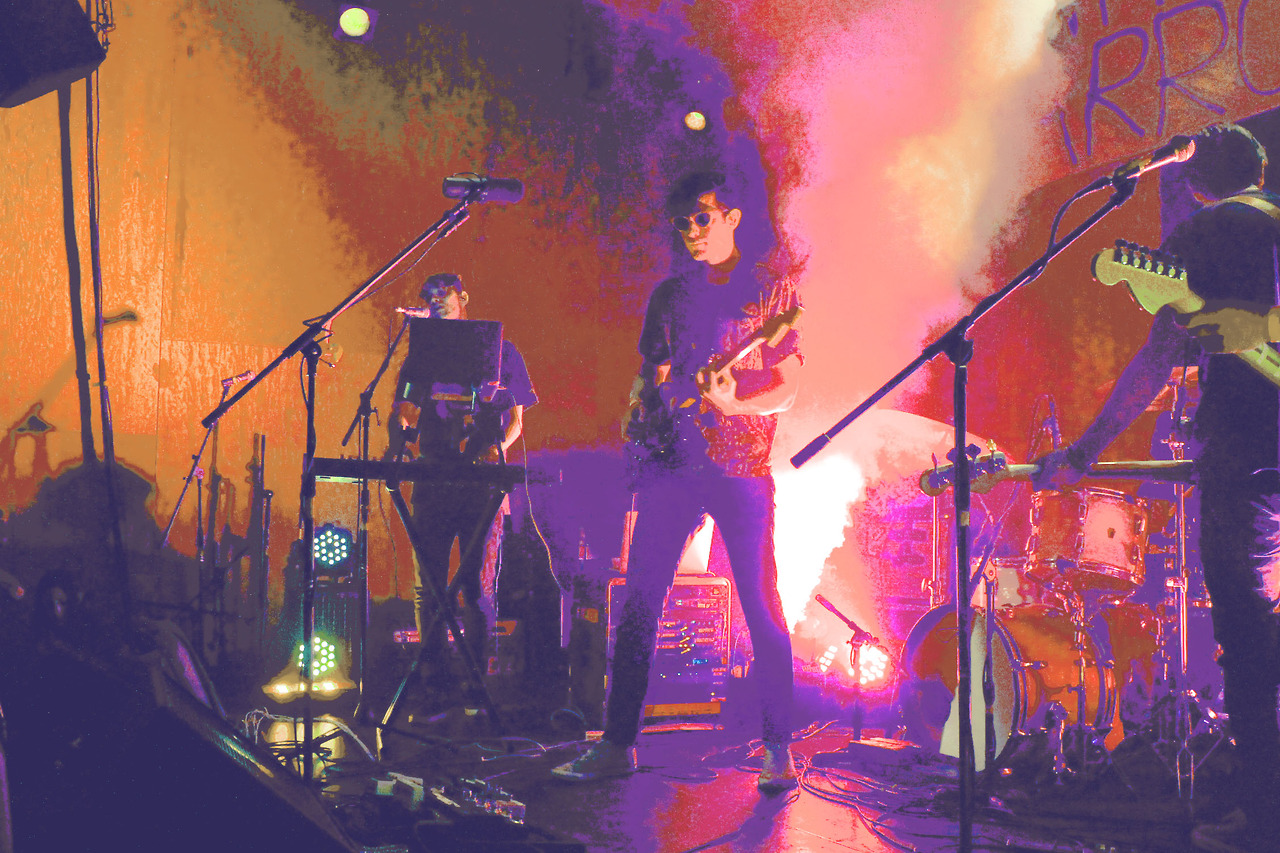 Everyone is always asking you guys to describe your sound, and your response is inevitably always some amalgamation of psychedelia and pop. To make this experiment a bit more interesting, why don’t you share with me some objects or visuals that you associate with your sound, since you guys are obviously so visually-oriented. 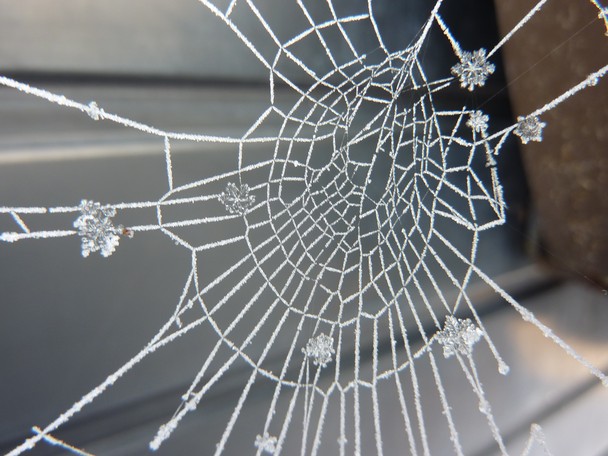 How do you come up with the concepts for your videos?

MC: We usually just leave it to the director to come up with their perception of the song, and then go back and forth. Usually our videos are made by a friend and funded by them, so we sometimes don’t have as much say as we would like. It was my idea to put the strobes in the ‘Little Birds’ video, and I don’t think the director liked it, but I still think they look cool and are emblematic of our personality.

When you’re writing a song, are you thinking about it in a visual way or about how it could later translate visually?

MC: I don’t think visually while writing, but when the song is coming together, I think of how it will sound or be played live. Then I visualize how people will react to it.

Did you guys actually jump off of that pier into the water in your video for ‘Little Birds’ or were those stunt doubles?

MC: That was us. We would all do it again, too, except for JP. He almost drowned, and Henry had to stay with him to keep him afloat. 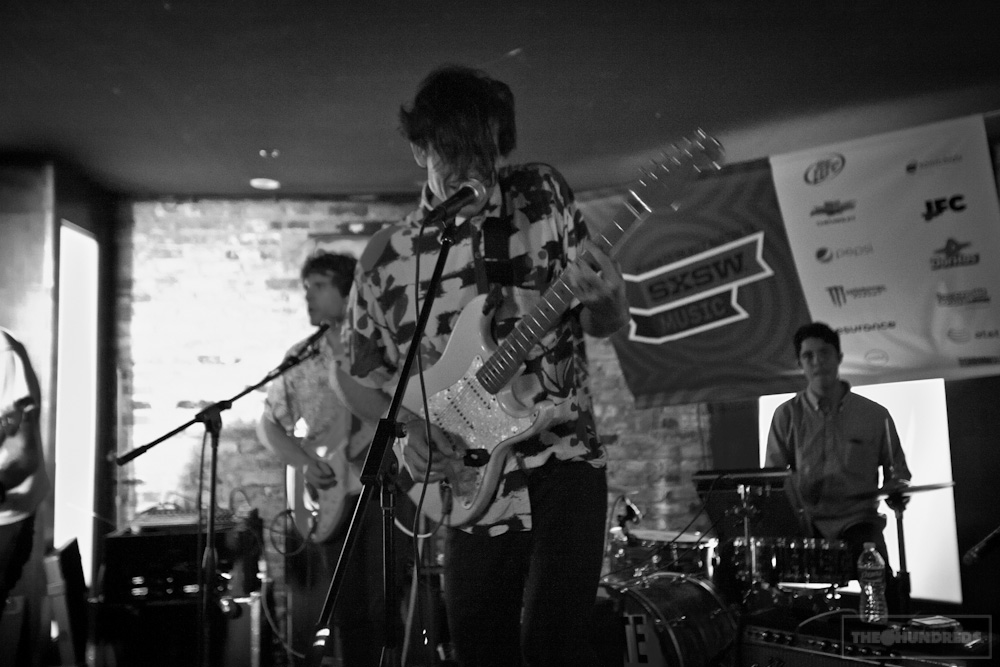 You guys write and record everything at your hippie house in the canyon, right?

MC: Eagles Nest, and it’s not hippie. For this record, though, we’re experimenting and doing writing and recording in different studios, and with different people. We still do a lot of writing at home though, and had recorded ‘Dry Land is Not A Myth’ here.

What’s the best part about living with your bandmates?

MC: I only live with JP, but Andy and Henry spend a lot of time here, and Steven lived on our couch for a while. The best part is being able to record at any time of day and not have to worry about forgetting your idea, and then having someone to bounce it off of.

What’s the worst part about being in a band with your lil’ bro?

MC: Insert smiley face emoji (*editor’s note: for some reason the smiley face won’t show up, so I had to describe it instead.)

MC: Yea, I studied a bunch of other stuff too. My advisor was the Shamanistic Ritual professor, so I ended up incorporating that into my colloquium. It was definitely trippy. The first day of class two random men burst through the door covered in dust (one of them was the teacher, but we hadn’t met yet) and said, “True story true story we just got back from burning man and Janis Joplin was in eagle form flying over the RV the whole way.”

When you selected that course of study, were you seeking answers or guidance in life, or was it just something that fascinated you?

MC: I just was told that it would be a good idea to take some courses that my advisor taught to get acquainted with him. To be honest, I had no idea what it was all about until I got there.

Has anything you learned from that field impacted your creative process or approach to music?

MC: Some of the lyrics in ‘Little Birds’ are actually “came to me in eagle form”, so I guess I was inspired by Professor Barnaby. I think everything is in influence though, from large things to very mundane things, and even imaginary things.

Because everything you’ve already accomplished couldn’t possibly be good enough, what’s next?

MC: More music, more touring. Get big enough, so that my dog can come on tour with us. 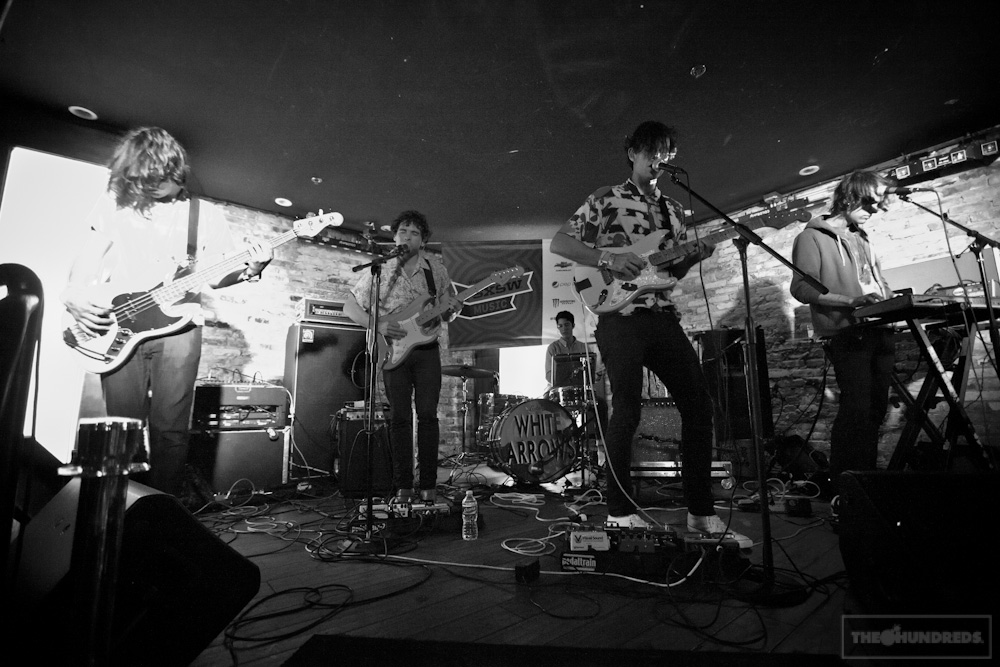