I’ve not spent enough time with Isaiah Rashad’s The Sun’s Tirade to decode the metaphor of the title. But what I have done is knelt down before the Gods of rap, hands clasped, trembling, and looked to the high heavens and offered gratitude. Yes, The Sun’s Tirade is underlied by the common tropes of male-dominated lyricism, hyper-bravado, and hints at violent thuggery, but the mere act of noting such is reductive. It is more than the sum of its parts. To use a metaphor apt for the listening experience, The Sun’s Tirade is like a team expected to do well enough, but showed up on game day like an unstoppable juggernaut. And then it all makes sense.

This is no stencil of a rap album. It drains blood from the heart of sincerity in its musicality, subverting the need for DJ-friendly club bangers, or shamelessly clinging to the heartfelt, overproduced sing-a-longs that currently stalk many of the releases bombarding the rap landscape of late. Here, the production team on board instead have played on Rashad’s strengths as a talented lyricist, vocalist, spitter, and thinker. 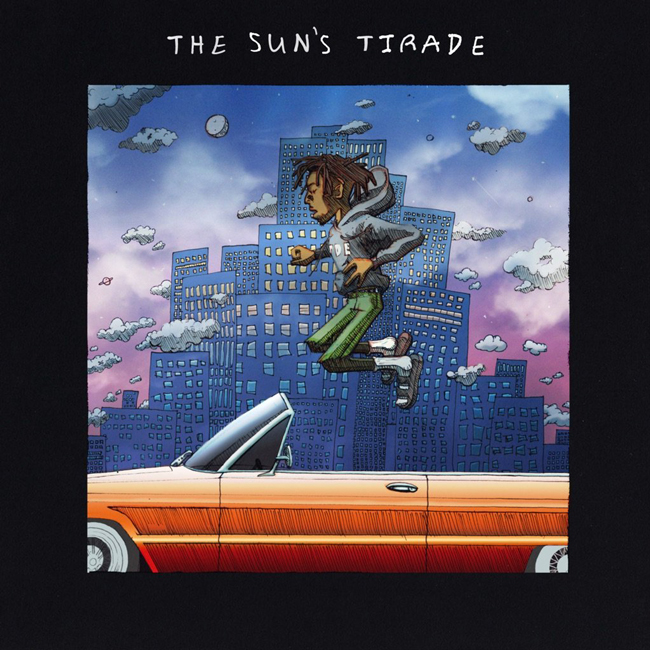 This list of Rashad’s personal strengths as an artist are in lockstep with literate production that submits a user-friendly album experience for the gamut of the hip-hop community. It’s jazzy, more live instrumentation tracks have scents of Hi-Tek and Dilla production of vintage Kweli, whereas the more hood-hitters, provide that big-rimmed southern 808s that just sound good bangin’ in the trunk. As is hard to do, it doesn’t as much reprogram rap audiences, but unites the backpacker and the street sound. It is that same unification found in Good Kid, MAAD City.

The Sun’s Tirade picks up where syrupy synths of Rashad’s previous release, Cilvia Demo left off: with the ephemeral-sounding jazzy backbeat of “4r Da Squaw.” The soft keys, and slow cadence offer an audible sunset, rich in a hue that is as inviting as a host at a dinner party looking to make new friends. While the lyrics don’t peel your brain matter apart, Rashad’s sheer ability to ride a beat in an appropriate vocal harmony have you rocking in your seat, cracking an easy smile. The album’s first single, “Free Lunch,” and the Kendrick and Zacari featured “Wat’s Wrong,” provide similar offerings.

What’s lacking in vast lyrical supremacy (and this is arguable), is compensated vastly by an adherence to complete vocal control, a feature that is often overlooked in contemporary rap critiques; modulating inflection and pitch is an often forgotten tool in many contemporary artist’s rap-kits. Tracks like “Tity and Dolla,” and “Bday” show that Rashad’s allure is bound by precise vocal control, where his honied delivery can switch from the throaty scratch of tree-bark to the soothing cut of Swisher sweets.

But most enjoyable construction of The Sun’s Tirade is its borderless transition from those smoke-n-ride coffee-shop friendly tracks, to the hood boasting pounders. After the day at the beach has ended and the sun has fallen behind the ocean, the mischief of gold-bottoms and 808s (and associated themes) rear their heads. The SZA featured track, “Stuck in the Mud,” is exemplary. It starts with a molasses-tempoed beat with the familiarity of ATLiens era Outkast, then transitions at the 3:30 mark to a deep bass and high-hat boulevard cruiser. Rashad raps, “Pop a Xannie, make your problems go away,” as the beat pounds, vocals syrupy like that inside of a double-cup. 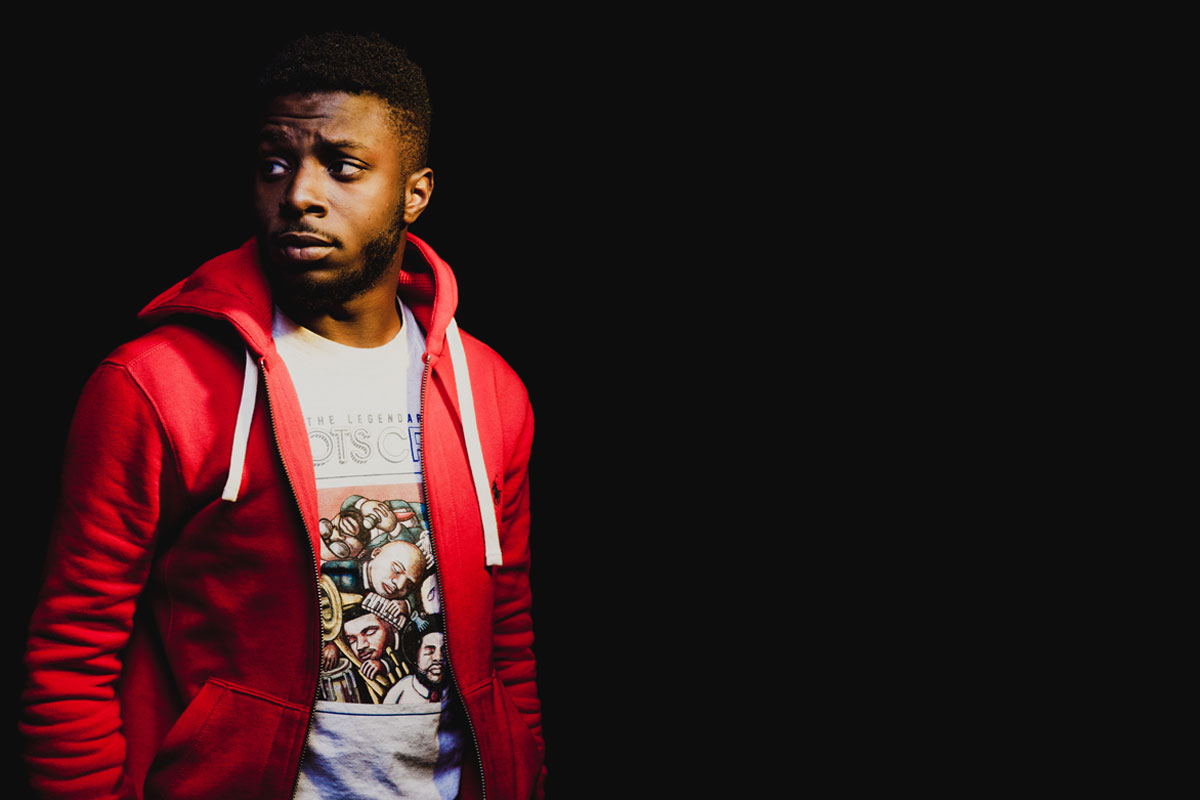 Other notable hitters that skate away from the jazzy feel are my personal favorites, “AA,” and “A Lot.” The beats demand to be blared on the block, and Rashad’s vocal swagger calls to mind an amalgamation of the likes of T.I., Dom Kennedy, and Schoolboy Q. Boastful grandstanding lyrics, and hooks that will easily become ear-worms in the heads of the masses.

This thematic duality on the album could read as distracting, disjointed, or forced through the soundboards of another rapper. But the beauty of The Sun’s Tirade is its subversion of the translucent archetypes of the modern rap record. Sure, it participates in tropes that by themselves might cause yawns for the hyper-critical, but its minimalist approach to hitting these common touchstones eclipses the slew of transparent records that drop too much fan-fare and disappear later.

Perhaps the “Tirade” in its title is a reflection upon that sun up there looking down accusatorially at Rashad in his exploits as a young man, trying to reconcile the directions of fame, family, friendship, and artistry. A beacon of illumination leaving no shadowy pillar to hide behind. In this, The Sun’s Tirade is the bare-chested offering from one of the most exciting new rappers in the game. And after countless listens, in just over a week after its release, I’ve seen the light, and stare up eagerly with no shades to block at the beams.

Listen to The Sun’s Tirade on iTunes.

Ed. note: An earlier version of this article mistakenly listed Isaiah Rashad as a new member of the Black Hippy crew. The Hundreds Staff
Artist Blue The Great has been following his dreams for most of his life. Eschewing the shackles of higher education and a boring 9-to-5, he's taken his artwork above and beyond the scope of his im... Senay Kenfe
We talked to the film crew behind one of our favorite music videos of 2016, in which a car plays a central character in a West Coast hood tragedy.
HIDE COMMENTS