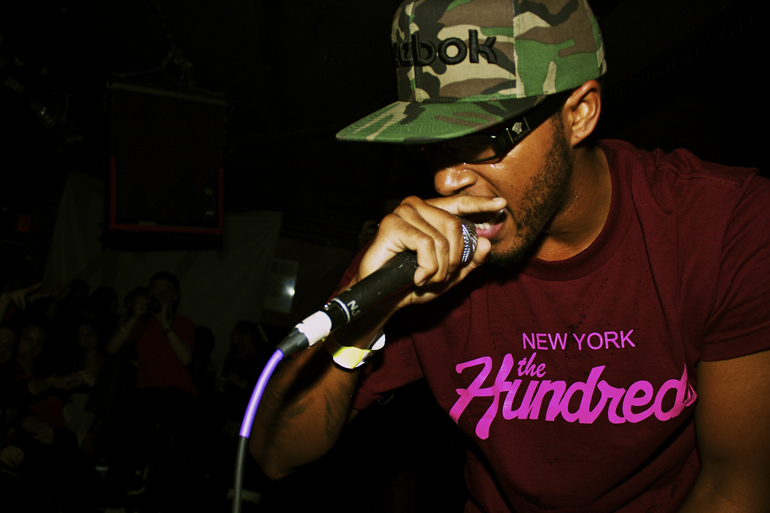 Introducing Gilbere Forte, a super driven and talented independent rapper and producer making it in the scene. In fact, he’s kind of making his own scene. He does his own thing, and doesn’t care what anyone thinks – just as long as he has the opportunity to create, and inspire others to create as well. Forte is fresh and new, blasting those who aren’t quite aware of who he is and what he does with something they’ve never heard before. It’s a different style Forte brings to the table, very motion-picture-soundtrack-inspired, if you will. With rich sounds, smart lyrics, and interesting and complex influences (Sigur Ros, anyone?), Gilbere Forte is a dude worth having on your radar. Whether it’s the beats he’s producing, the rhymes he’s writing, the shows he’s performing – or all of the above… this multi talented artist just wants you to get one thing straight – it’s pronounced “jil-bear.”

Check out his new EP: The Hundreds Presents Some Dreams Never Sleep. In fact, here’s a FREE DOWNLOAD!

When did your involvement with music begin?

To be totally honest, I’ve had an ear for it for as long as I can remember. But I didn’t engage ’til I was around 13.

Was there a pivotal moment when you knew this was what you wanted to pursue?

I started producing in 9th grade. Throughout high school I worked with a lot of upcoming artists helping them develop their craft, simultaneously mine. Once I got to college I interned at recording studios and was around bigger artists everyday. I’d play my stuff and they’d tell me my style of beats were too movie like and they couldn’t rhyme to them. I got to a point where I knew I had to do it myself because I was the only one who could paint the pictures on the canvases I created. The rest is history. 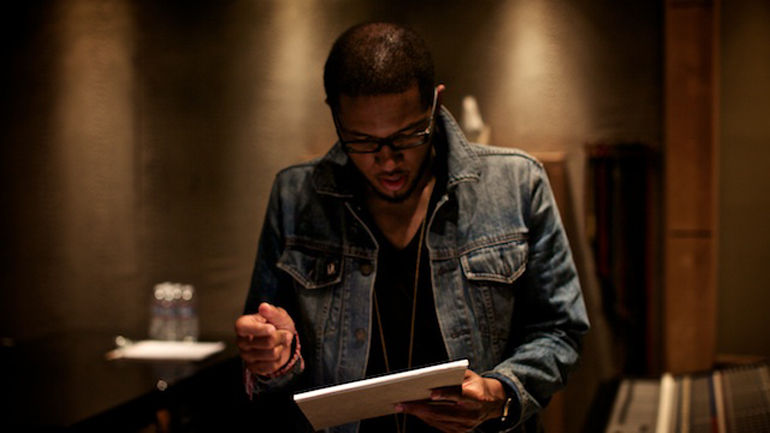 Who are some of your musical influences?

I was born into world of music I couldn’t understand but it sounded amazing. I grew up listening to everything my parents played around the house; Sade, Phil Collins, Michael McDonald, Marvin Gaye, and Hall & Oates. Having an older brother opened my eyes and ears to people like Pac, Snoop, Jay, BIG, and Outkast before I even knew my multiplication tables.

As I got older my taste and understanding of how music is created grew even wider. I started paying close attention to movie scores and listening to composers like Mark Isham and Patrick O’Hearn. I saw how just the instrumental can have an affect on how people feel when they hear it. One of the bands that changed my life and I listen to for motivation and inspiration is Sigur Ros.

I got to a point where I knew I had to do it myself because I was the only one who could paint the pictures on the canvases I created.

Its a world of it’s own, from lifestyle, food, music, and culture. The people give it character. It’s a non-stop hustle, from the streets to the offices. And the birth place of some the world’s best DJs and most talented musicians. I’m blessed to contribute to its legacy.

What challenges have you faced in order to get where you are today?

People saying my name wrong first and foremost. It’s pronounced “jil-bear”, not “Gilbert.” Also, I pride myself on doing things unconventionally. I’ve been carving my own space since day one. This can be a challenge when you’re of few providing an alternative to what’s considered the standard. 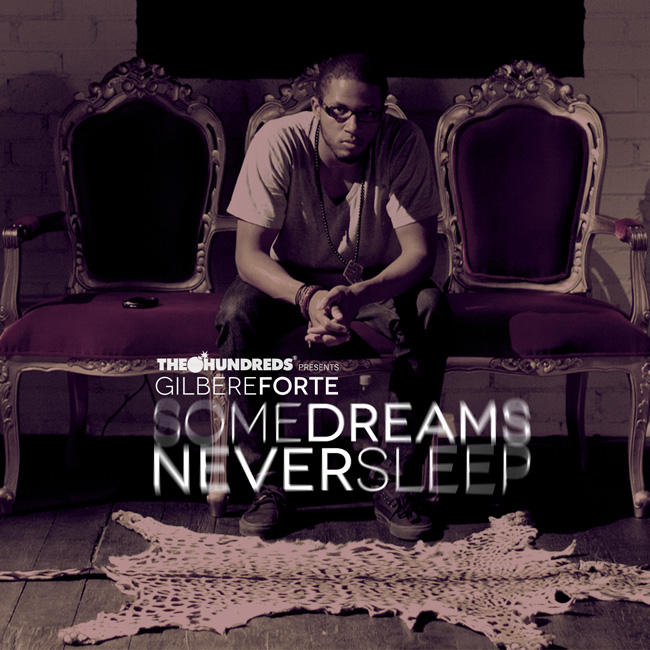 What are some of the messages you’d like to get across with your music?

That your dreams can be your reality. Nothing in this life is impossible. Breakdown the word and you get “I’m possible.”

Where did you draw inspiration for your most recent release The Hundreds Presents Some Dreams Never Sleep?

Reflection on what it took for me to get this point…and the heights to which I plan to go with music. I had a lot of fun creating this project.

What is your ultimate dream artist collaboration?

To have Sade on my first album and to have Sigur Ros produce it.

What upcoming projects are you working on?

My goal in life is to meet everyone in existence whether through conversation, my lyrics, performance, and spirit.

What do you look forward to on this upcoming tour?

I look to aspire to inspire. There are many cities I never imagined going to even before music, so with the opportunity in place, I’m going to make the most of the experience. My goal in life is to meet everyone in existence whether through conversation, my lyrics, performance, and spirit. So at the end of the day everyone can say, “Gilbere Forte is one hell of a guy.”