I love America, a love in part not only from cultural imports via TV, movies, and music, but also a hereditary love transferred from frequent holidays there as a child and teenager – my parents love it too.

I’ve been to New York fairly frequently in the last few years, but haven’t been to the West Coast since my parents took my brother and I on the infamous Route 1 journey nearly 8 years ago. I’ve longed to do it ever since. It’s an incredible trip and now that I’m all grown up and have all my own pocket money from my day job in advertising, it was time to do the trip again. Except this time with my long-suffering better half, Sarah.

What follows is a look at my trip and all the alien things that caught my eye along the way. 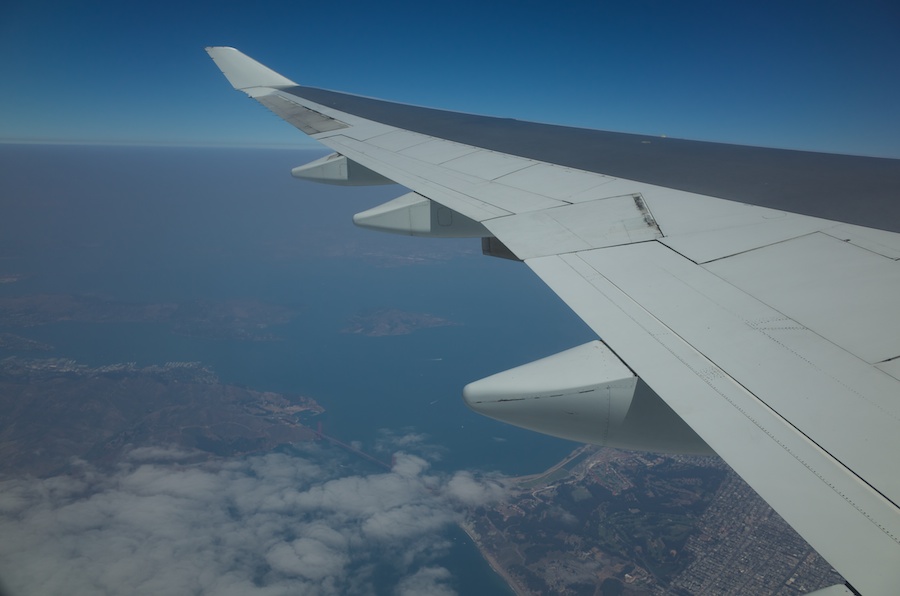 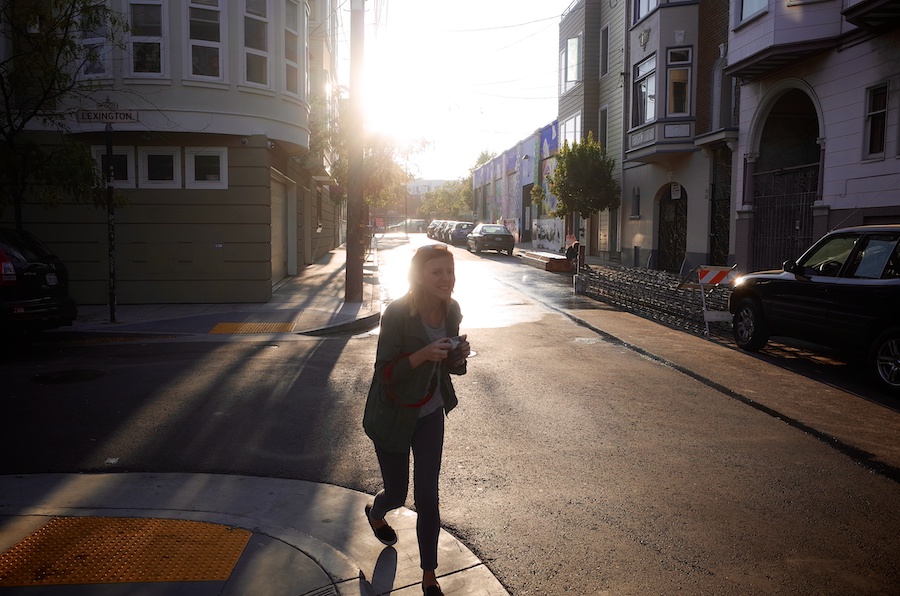 I love traveling, but hate the actual traveling bit. You know, the queuing to check in, queuing to board, sitting on a plane for a million hours, all that shit. I know it’s worth it in the end, but I envy people who can sleep on planes (or anywhere for that matter), I’m 6’ 3 and find that impossible, leaving me no choice but to power through.

We landed in San Francisco and our first stop was our very first baseball game: SF Giants vs Arizona Diamondbacks. Two things I noticed:

1: We were the only people who bought a foam hand. we genuinely thought they were an American sporting event staple.

2. Baseball crowds seem so transient – in the UK if the football game is on, nobody leaves their seat unless they absolutely have to, while in baseball half the crowd was milling around, grabbing food, catching up with friends, and anything other than watch the match it seemed. 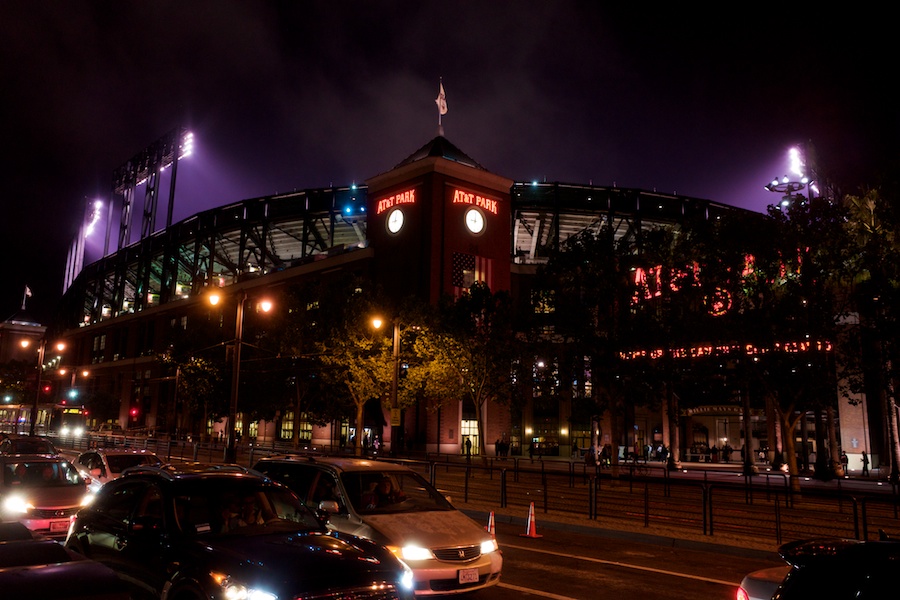 When you wear your most fire alphet to the ball game. 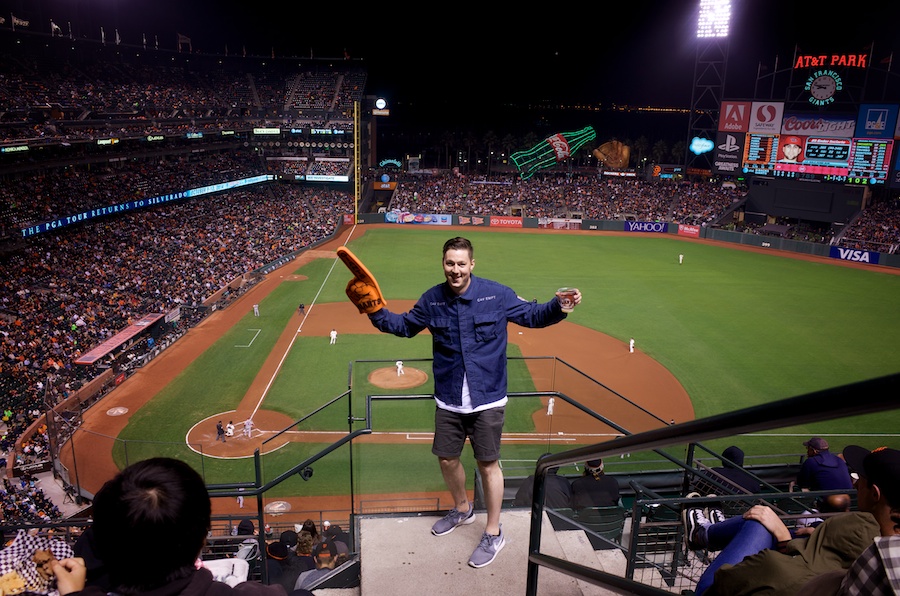 Being a tourist is weird, I’m not sure when a street became a photo hotspot but it seems I just ~had~ to get this snap.

Seriously, what is with Americans and these selfie sticks? Is this a “thing” now? 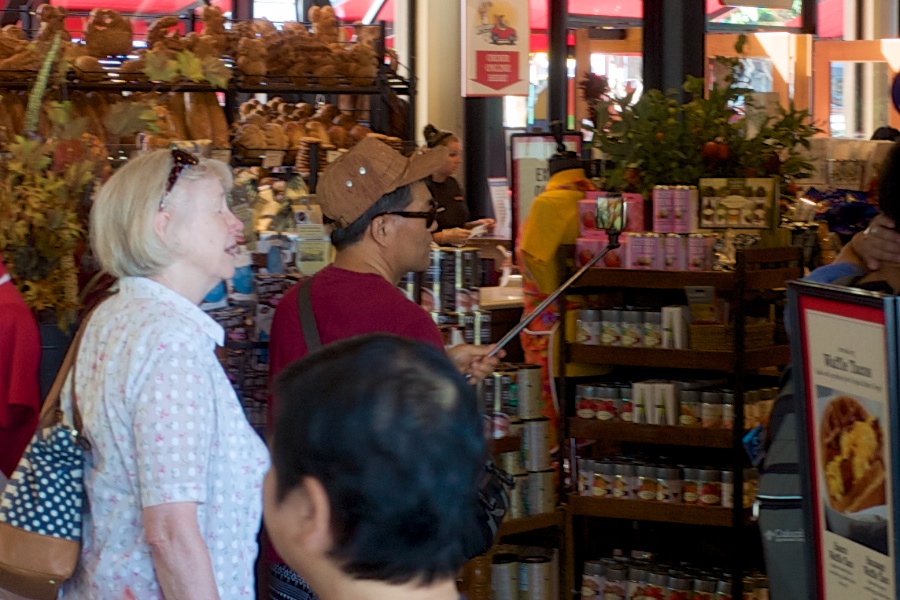 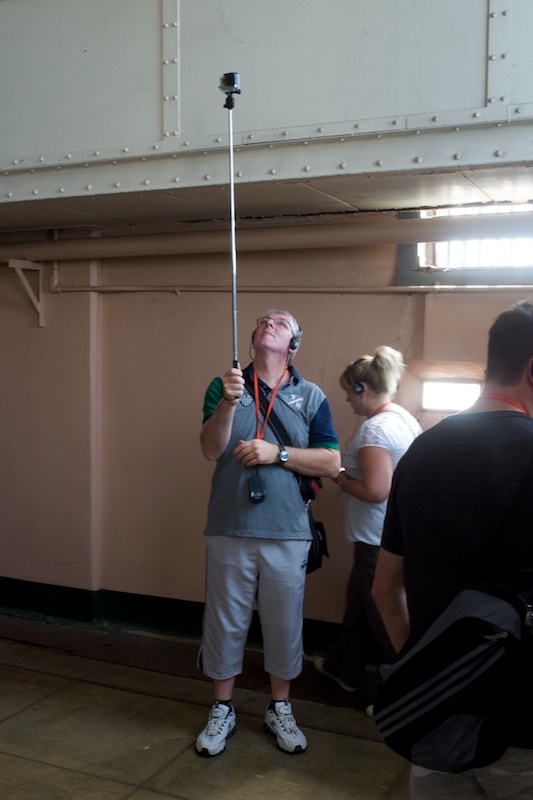 In my next life I’m coming back as a seal. All they seem to do is lie around and soak up the sun. Seems pretty ideal to me, tbh. 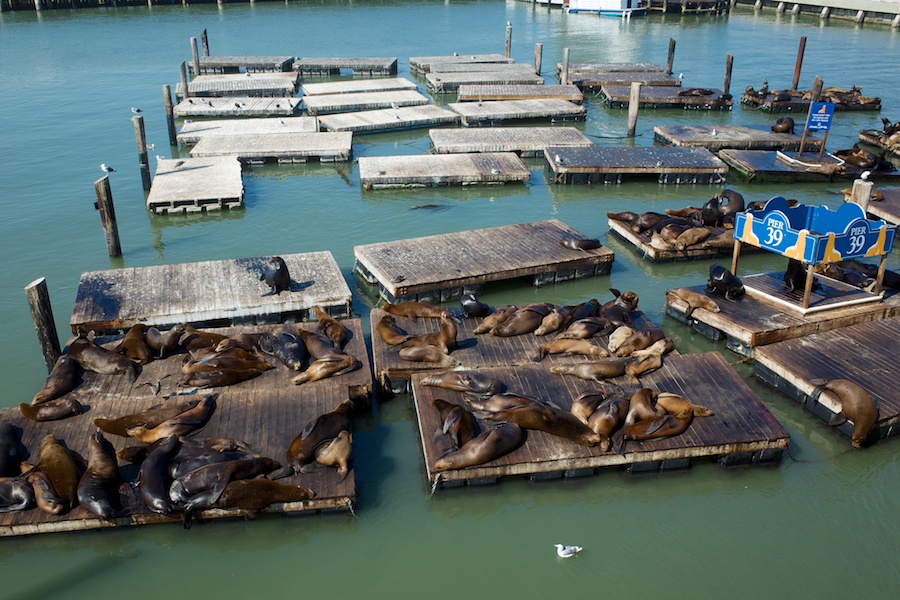 Friends who’ve been to California seem to never shut up about In-N-Out burger, and we were told we HAD to have our order Animal Style. I’ve no idea what “Animal Style” is, but this one meal appears to have knocked a good weeks off my lifespan, so I guess that’s something. 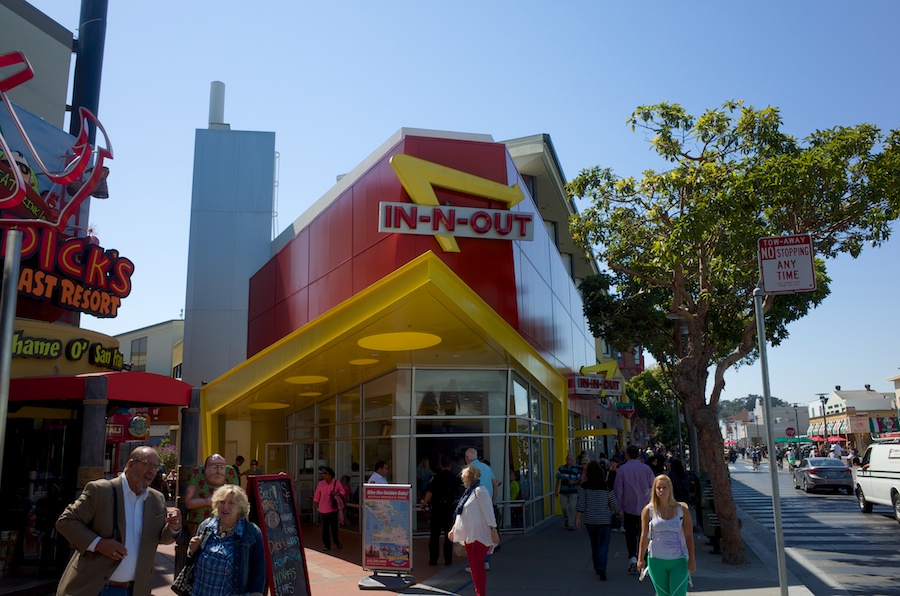 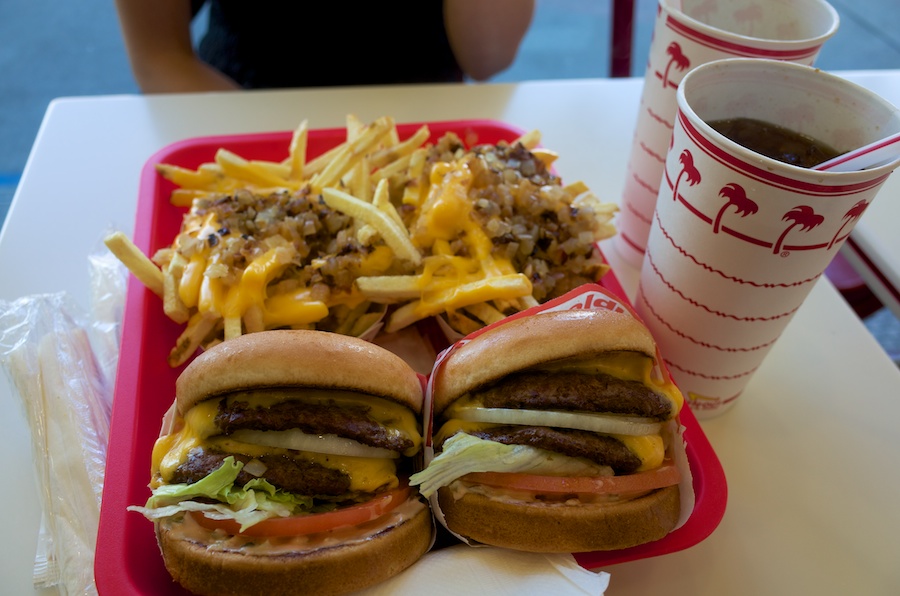 Being in San Francisco and not catching up with the city’s favorite creative Benny Gold seemed like a dumb move, so we boosted over to his new office to see what’s up with his namesake brand, tap him up for advice on where to get the best food in the mission, and take spy shots of his SS15 collection (it’s fantastic). You’ll be able to read the results of that conversation on Breaks Magazine soon. 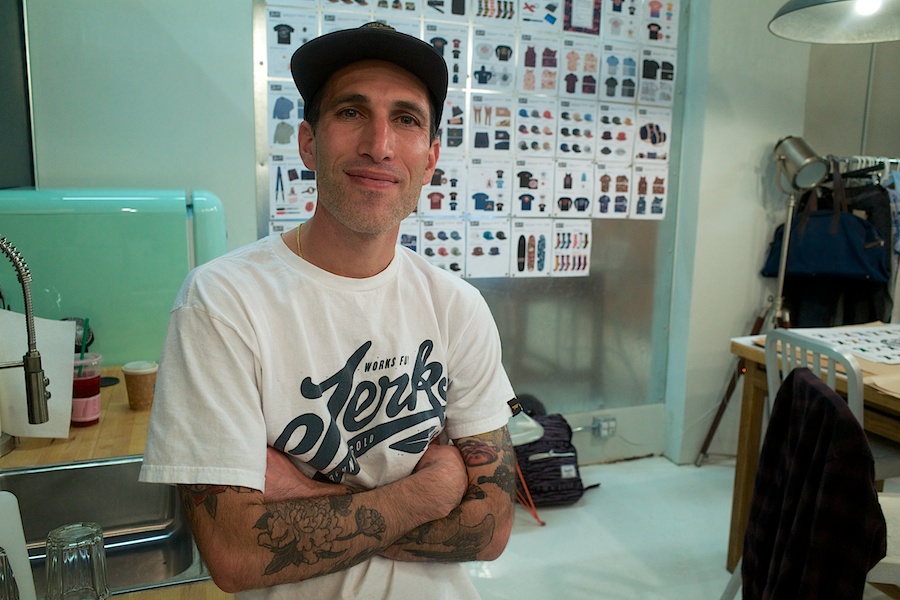 Of course, we couldn’t be in SF without a visit to The Hundreds San Francisco. I mooched around making a mental note of all the gear I was going to try to lift when we visited Homebase the following week and left my mark on the bench so future visitors knew that the most fire site on the internet had been to POST. 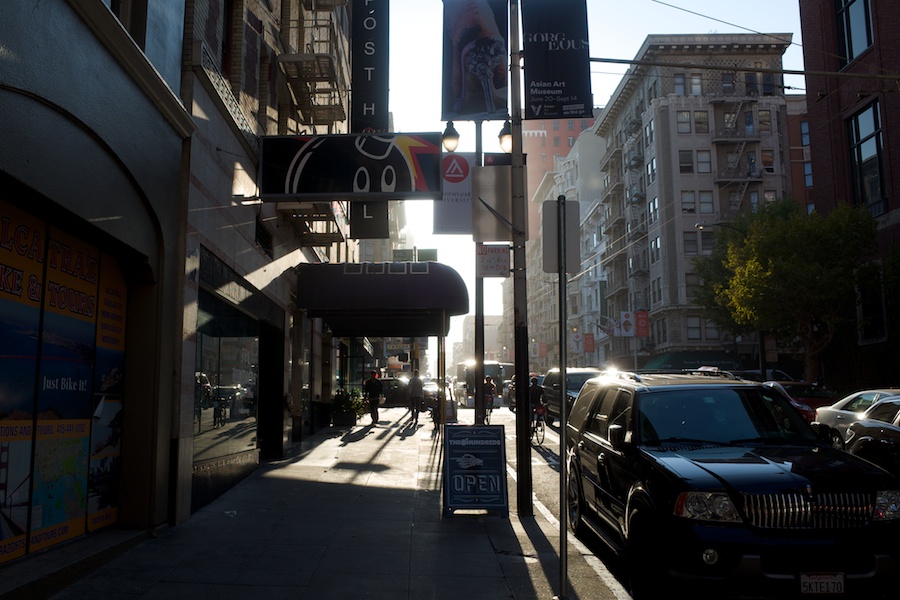 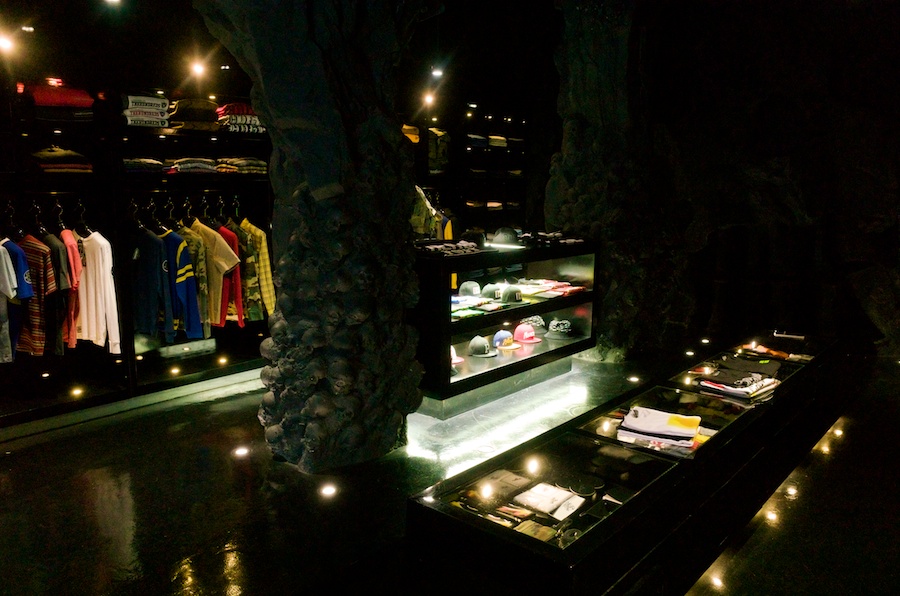 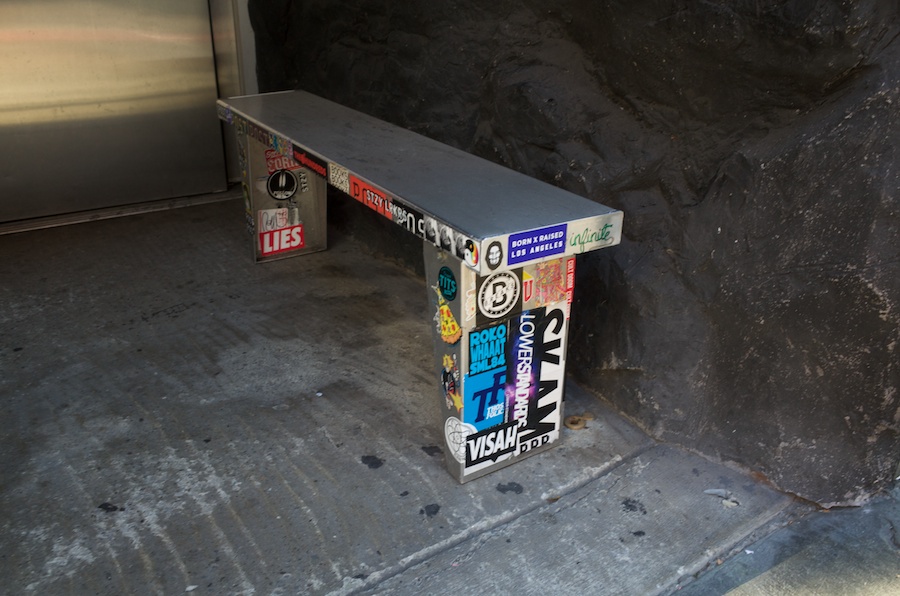 Things Americans do better than the UK? Mexican food. We’re utterly terrible at it and one thing I wanted to do above all else was try the good stuff. We asked around and La Taqueria in the Mission featured most frequently at the top of people’s lists. One thing we couldn’t have predicted however, was that it had just that day been voted “Best Burrito in America” by a website I’d never heard of and was subsequently absolutely rammed. 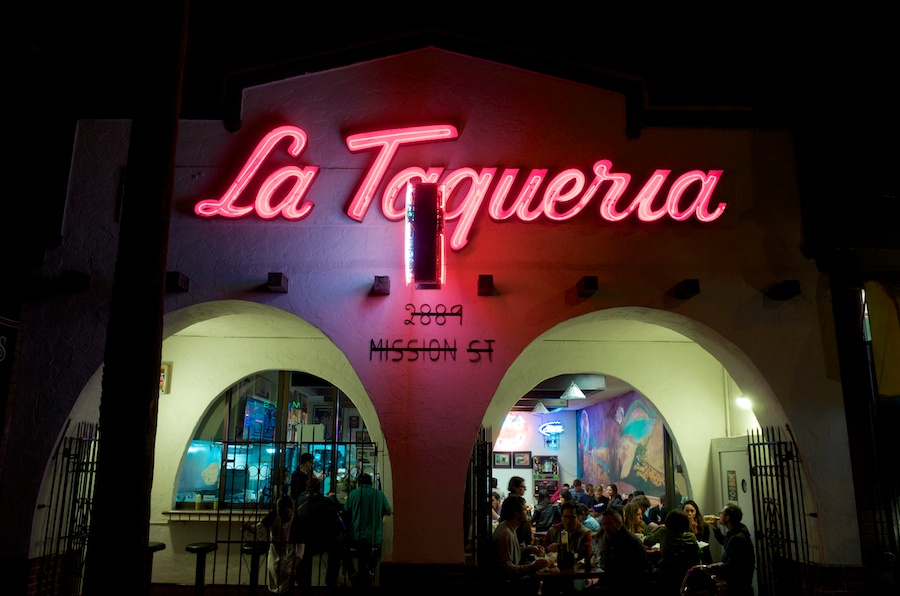 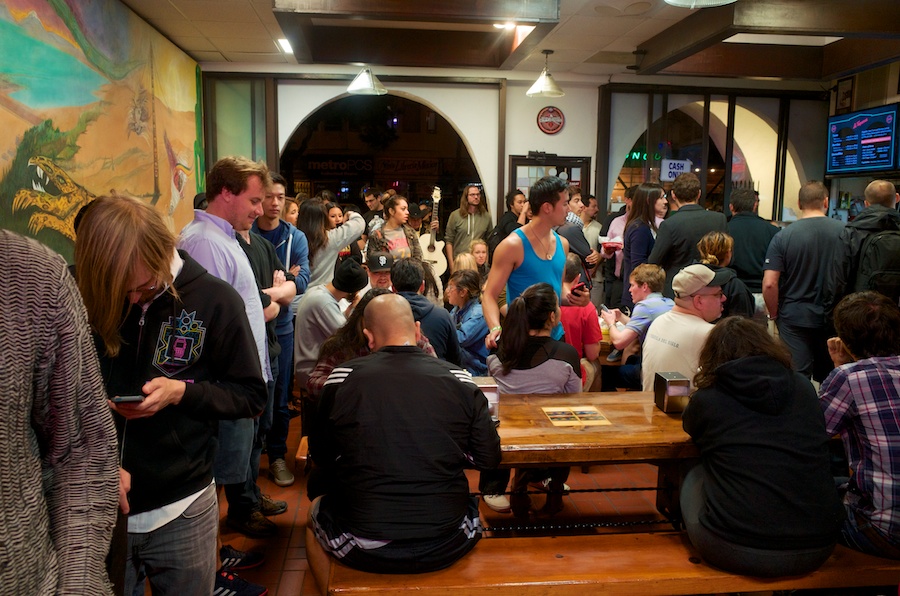 La Taqueria’s USP is that they don’t put rice in the Burrito, meaning more room for the good stuff, like lashings of beef and avocado. 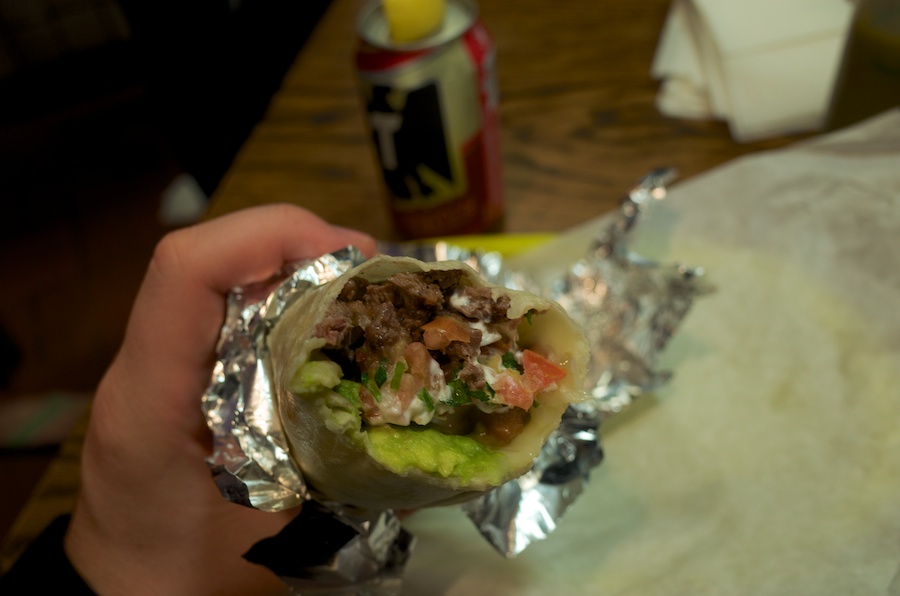 More culinary exploits… This is an egg in a muffin? 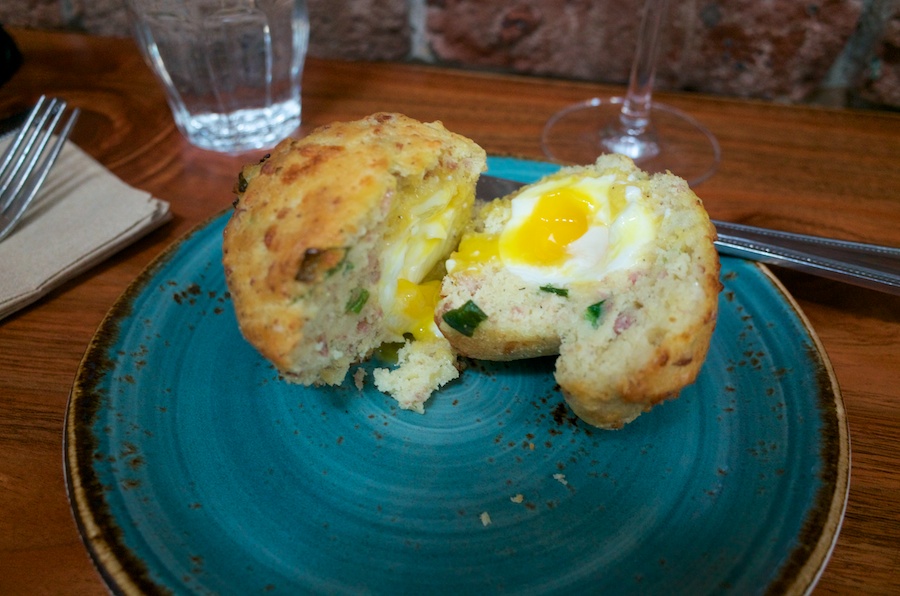 I also had this hot dog with a croissant for a bun. Seriously man, what is this about? It was good though. 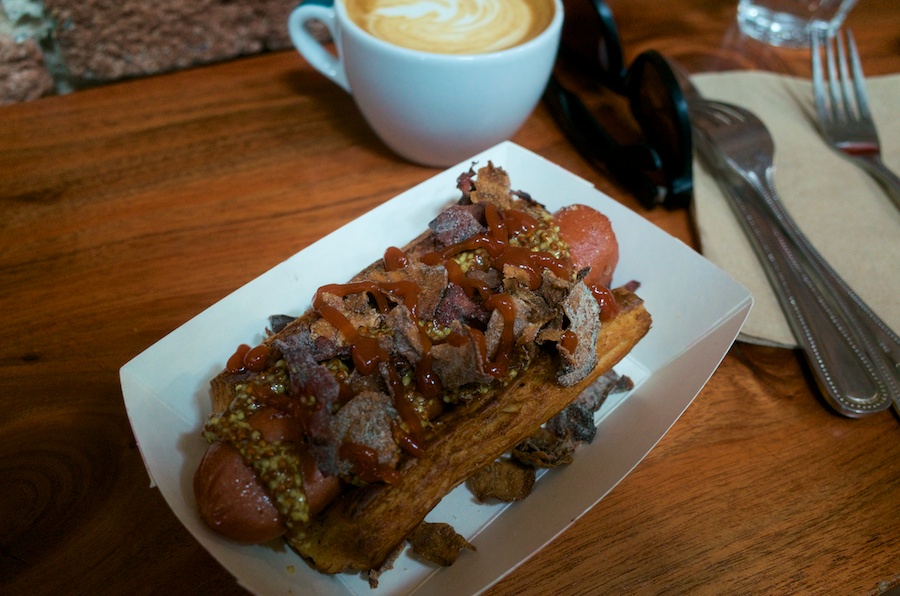 We did some tourist stuff and hopped over to the new Diamond store so visit the source of Dom P’s recent upsurge in sales. 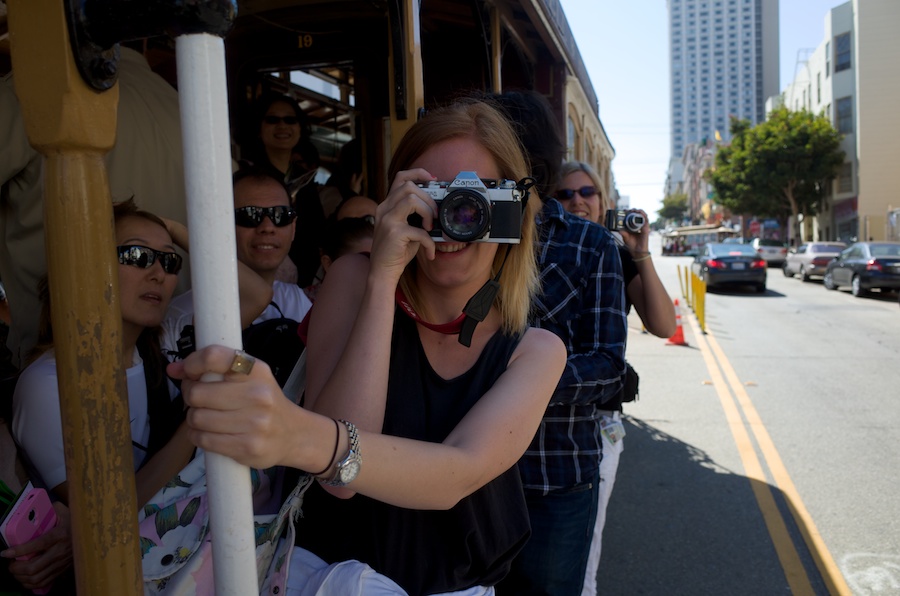 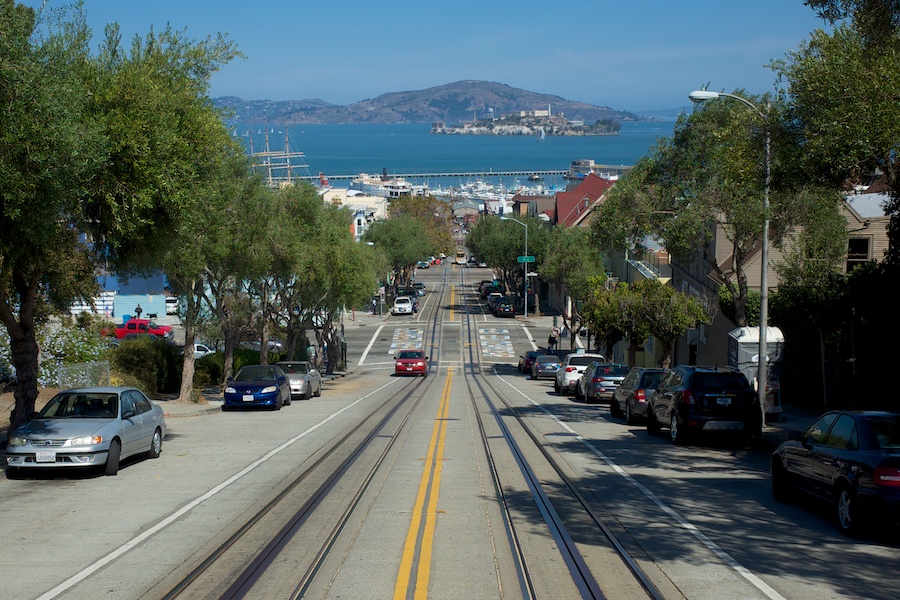 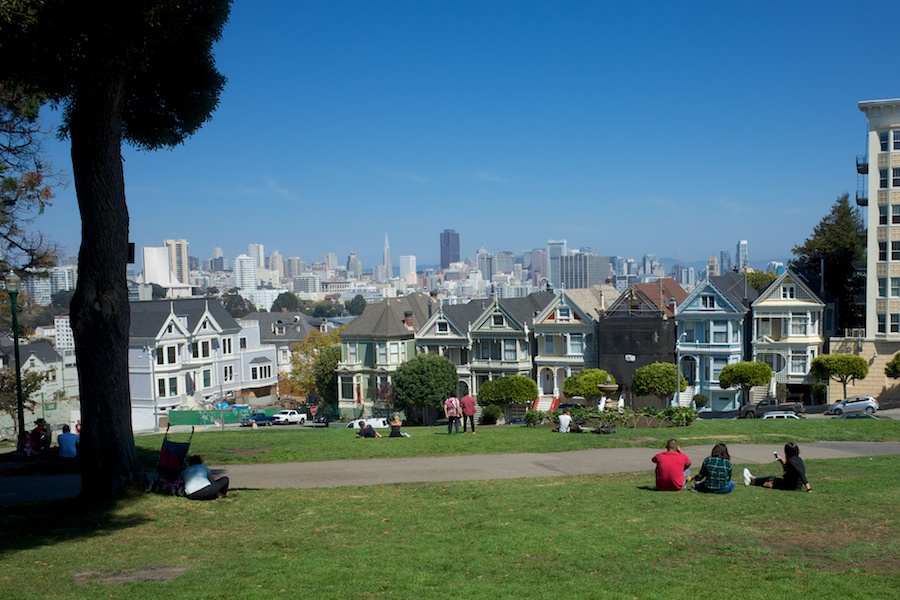 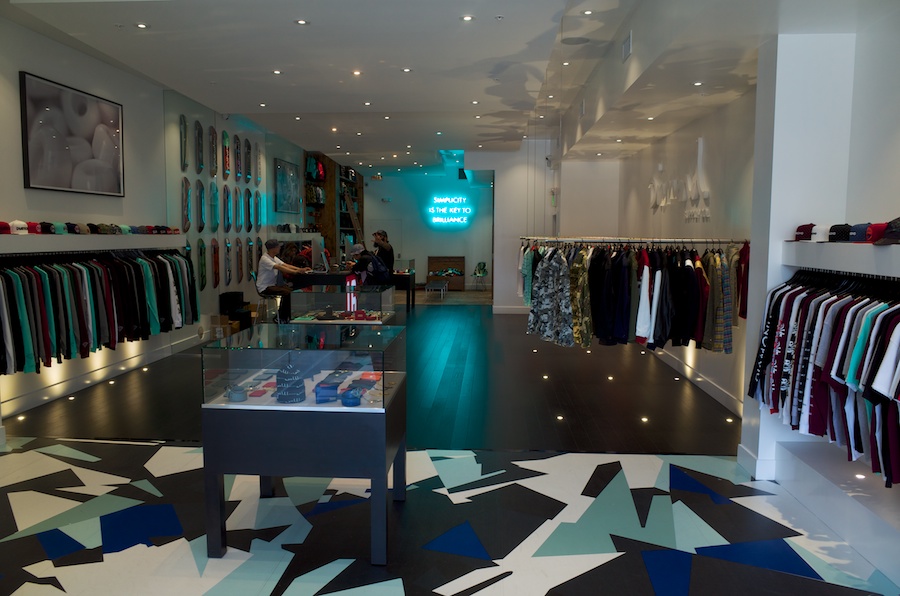 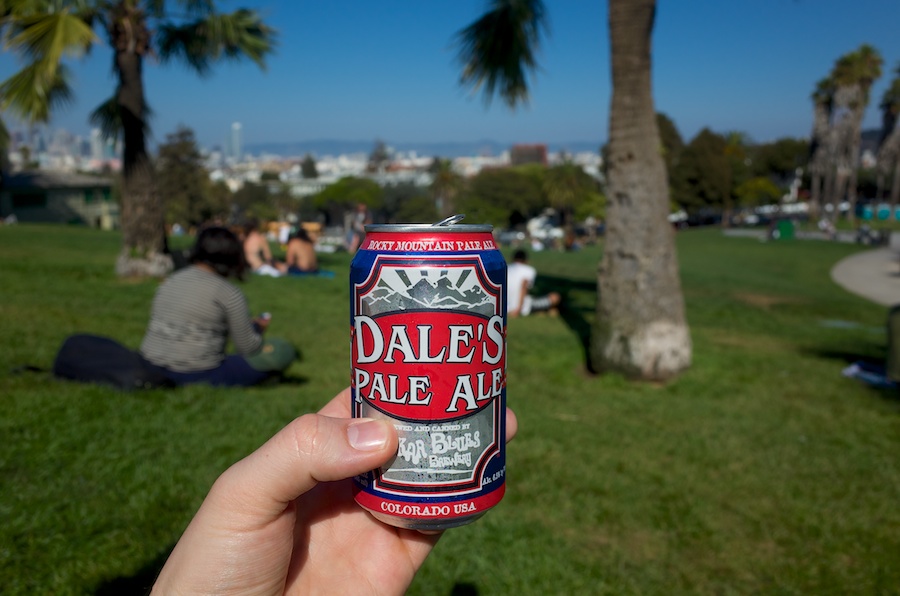