If you live in Los Angeles, and you like art, or if you just enjoy people-watching and imbibing free booze at art shows, Saturday night was your lucky night. Between Hanni El Khatib at HVW8, Tofer Chin at New Image, and Greg “Craola” Simkins at Merry Karnowsky, the gallery scene was poppin’ off (yes I said that).

For our first stop of the evening, we visited Merry Karnowsky on La Brea for some pre-show conversation with legendary-graffiti-writer-turned-fine-artist, Greg “Craola” Simkins. His latest solo exhibit “Stop Haunting Me” is doing double duty as both a twenty year retrospective and a showplace for his latest paintings, many of which are fantastical renderings of flora and fauna, inspired by living creatures and other fictitious, bug-eyed, rabbit-eared beings. Like a mad surrealist scientist, who uses imagination on canvas, Simkins explores the regrets, fears, decisions, and slightly warped species that keep people awake at night… and may one day come back to haunt us. On view at Merry Karnowsky through May 4th. Continue on for interview and photos: 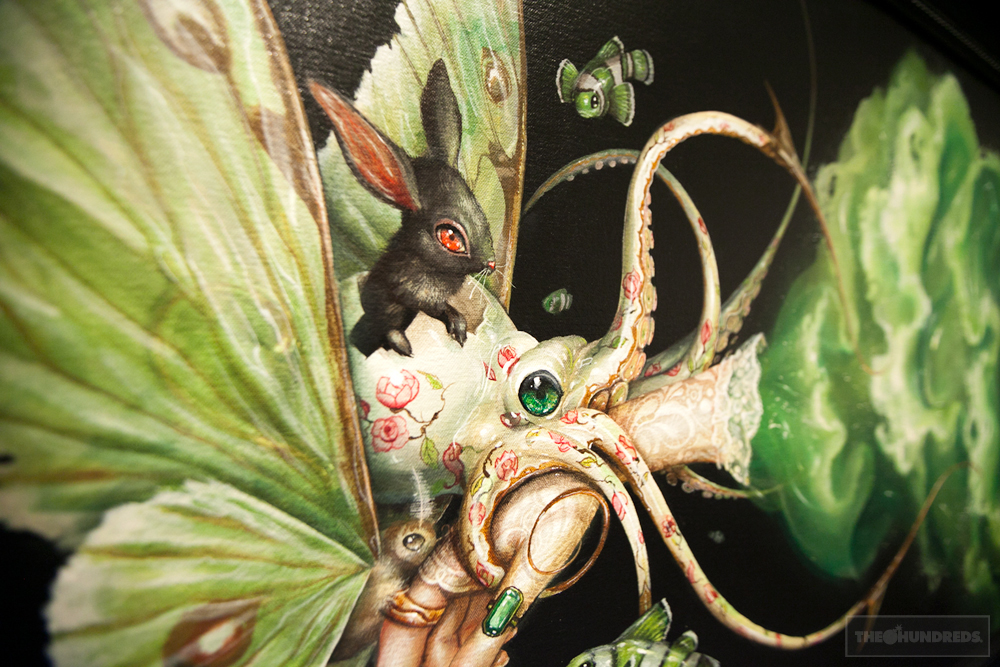 So this show commemorates twenty years of making art under the name “Craola.” Is that right?

I’ve been doing it since I was a little kid, but when I got the name “Craola” is when I started to take it seriously. Doing graffiti under that name, everything became more serious, because you’re thinking about how you can get your name out there now. It just kind of evolved from there. Graffiti was a spring board for other things.

What would you, Greg, the fine artist you are now, tell Craola, the graffiti artist you were back then?

When I first started doing graffiti, it wasn’t to be showing in galleries. It wasn’t to be Mr. Artist. It was to have fun. But I also wanted to be good at something, It felt like a sport, something I could do well at and progress with. I never imagined I’d be showing in galleries, or that people would be buying my books, and all that sort of shit. It’s mind-blowing. It’s weird. People whose art I grew up looking at, they’re at my show looking at my art now, too. 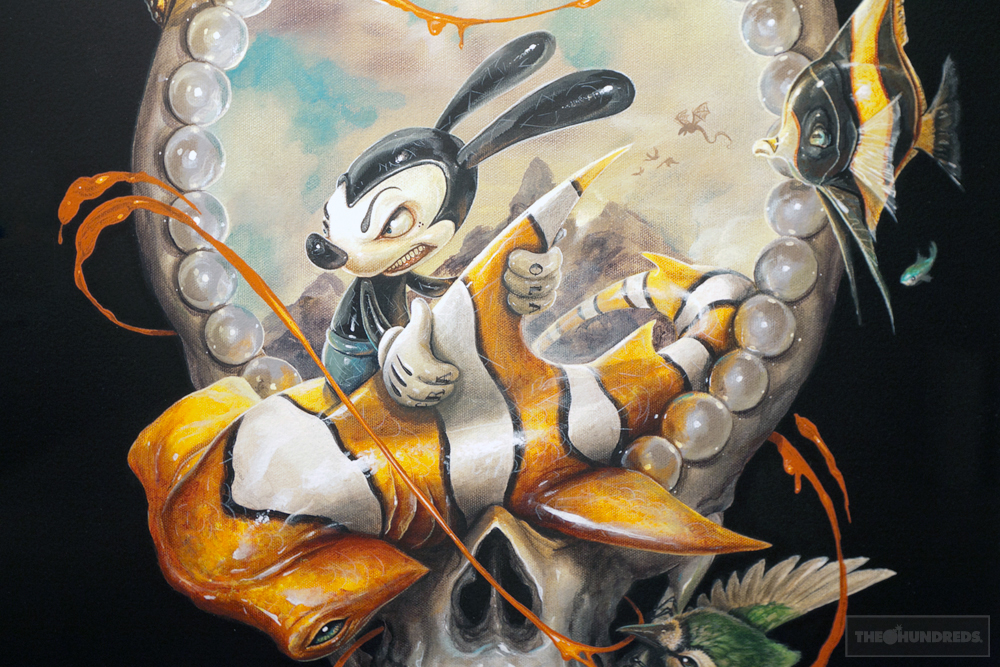 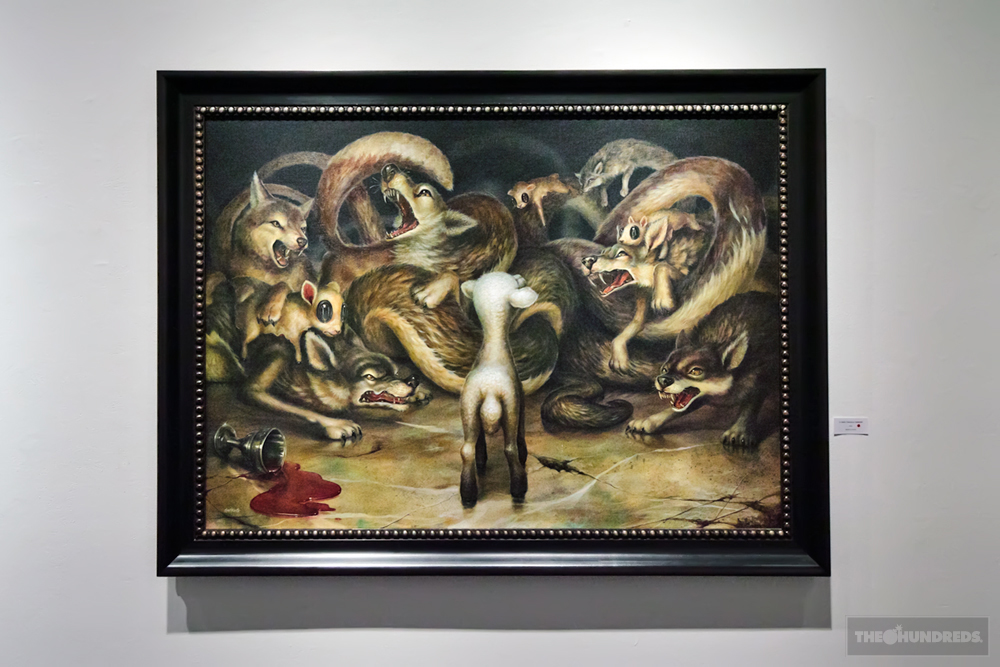 Is there anything you miss about the struggle of the early days?

It’s different now. I was working tons of jobs, as a waiter, a janitor, a pizza delivery boy. I was doing clothing design for horrible street brands like JNCO jeans for a minute there.

I had a pair of those.

It was a good learning experience. I worked with so many amazing artists at that spot, like Kofie and Axis. My friends, who are designers and art directors at Vans now, are people I worked under at JNCO. It was a good training ground.But there was always the side hustle, trying to do my own personal artwork while doing all of that. I do miss painting walls like I used to. I used to do it every weekend, on Melrose, on the East side, painting everywhere. I got a call the other day from the WAI, one of my other crews, and they were like “Hey, we’re heading to South Central, you gotta come paint with us.” I was like “Hell yes.” I went and got some spray paint, started driving on the freeway, and then I realized I had to go pick up my kids, and that I wouldn’t be able to make it there and back in traffic. It’s different now. Partly just growing up and having a family. My painting now is separate from my graffiti stuff, but still intertwined. I always had the stories in my head, but now I know how to push them out because of the graffiti. 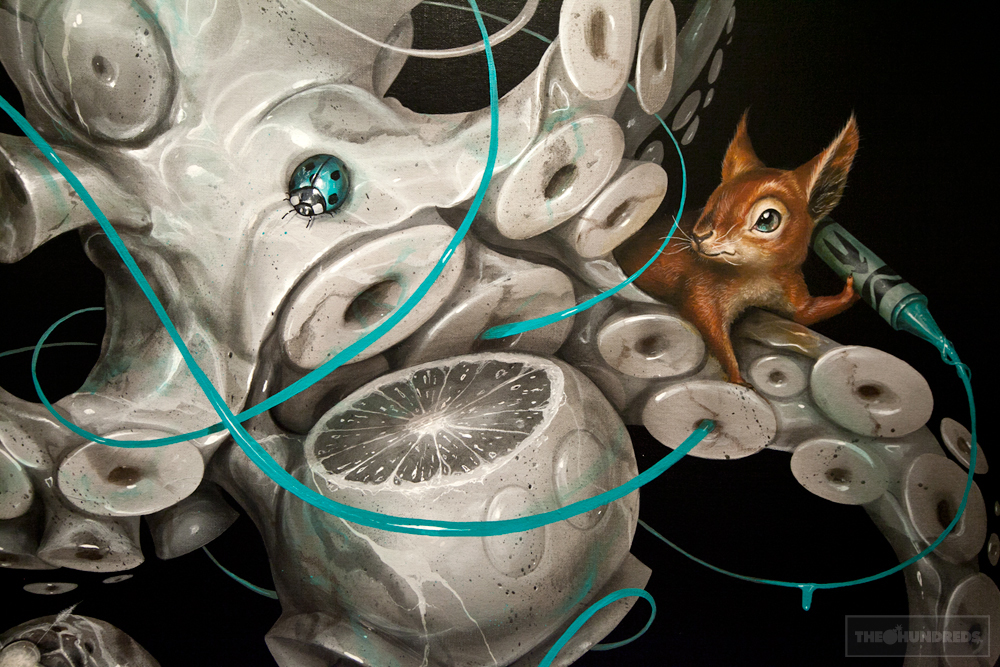 How has the blurring of lines between what constitutes “Street Art” and “Fine Art” affected your career?

Even before the Art In The Street Shows started happening, I was already showing my surrealist work in galleries, but it was still injected with my graffiti style. Things have been steadily progressing over the last ten years, and I just hope things continue to move in that direction.

Graffiti is an intensely urban art form, while your newer paintings are super focused on the flora and fauna and nature. How has that progression occurred?

The nature stuff was always there, but kind of hidden a little bit. Then it really jumped back out into the forefront, and these days that’s where my head mostly stays. I was gonna be a vet, that was my whole life, until I turned 18. Then, all I wanted was to paint, draw, and be an artist. I was really lost in all that stuff – animals, animals, and more animals. I’m still a big bird enthusiast, I’ll call out the name of every single type of bird I see. My wife thinks I’m a total dork.

Any particular animal you feel a strong connection with?

I like Orcas. There is a piece in the show called Apex Predator, because the Killer Whale is the gnarliest creature in the sea, at the top of the food chain. Also I love rabbits, because of Watership Down. I try researching weird, obscure creatures, but it always just comes back to mixing them all together. 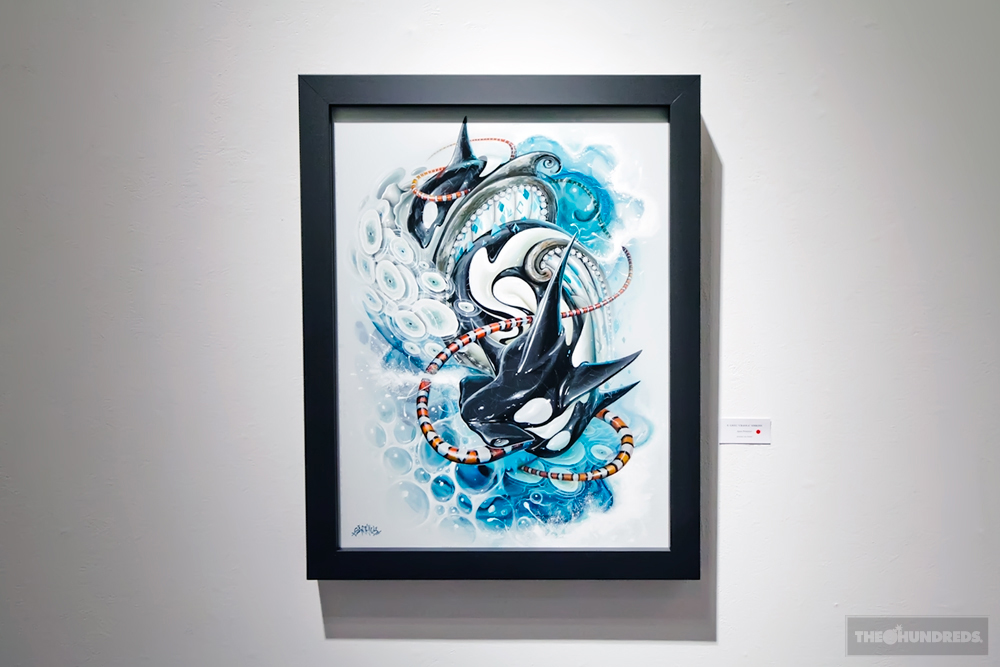 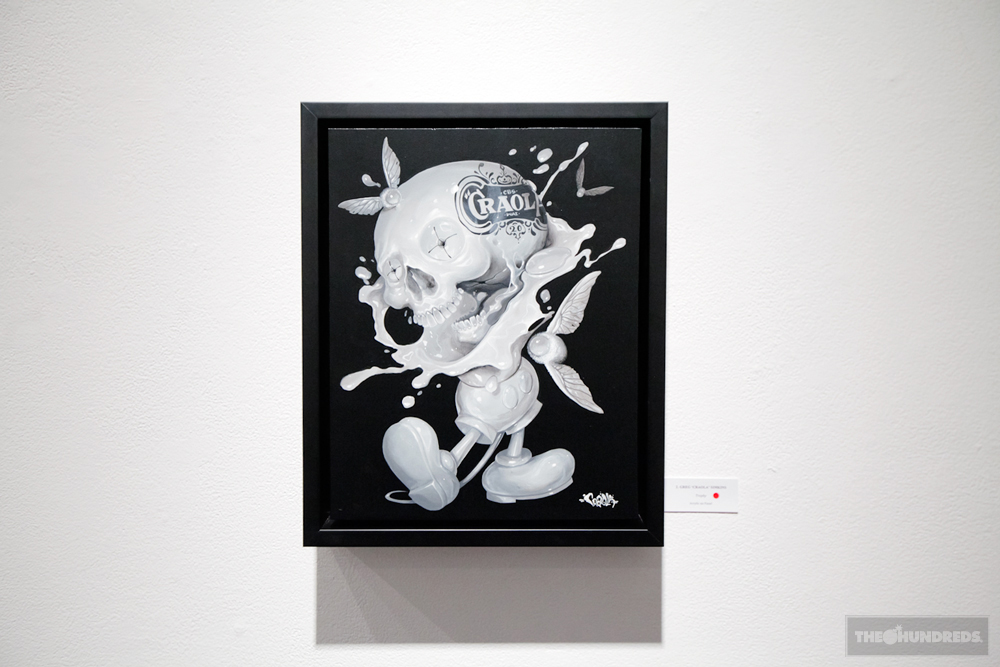 Do your kids think what you do is super cool?

My five-year-old does. The little one just likes to drool and crap his diaper. The older one is excited. He’s covered a bunch of walls already and gone on scissor lifts. I make him spray paint a little bit. He gets stoked. He’ll sit down with a paint brush, but he mostly just wants to ride a skateboard, which is fine with me. He calls himself “Craola 2,” that’s what he tells all his friends. I wonder what he’s going to end up doing. I’m not trying to push anything on him, but I give him all the tools he needs to try it.

I’m so jealous of kids whose parents support them in their creative weirdness.

He’ll probably be a mathematician. 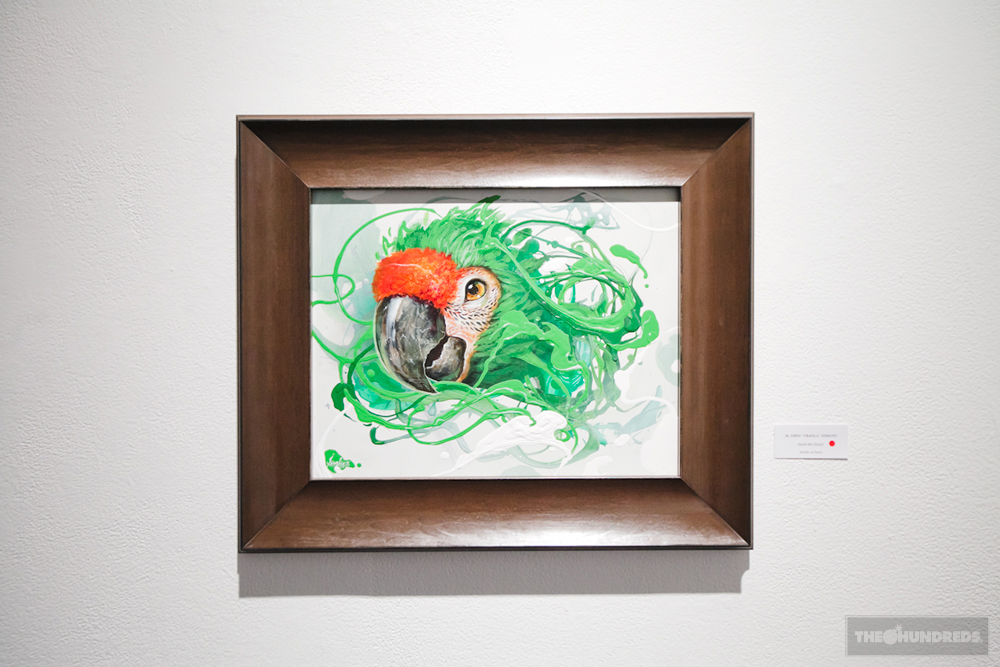 Anything you want to say about Ben and Bobby?

I met Bobby at ASR about ten years ago. I was painting shoes for Vans. He’s friends with some of my friends. Bobby invited me to be in a show at Brooklyn Projects. It’s cool watching them. The Hundreds is everywhere. It’s really sky-rocketed. I’ve always liked those guys, so it’s great to see their success.

I’ll tell them you said that. 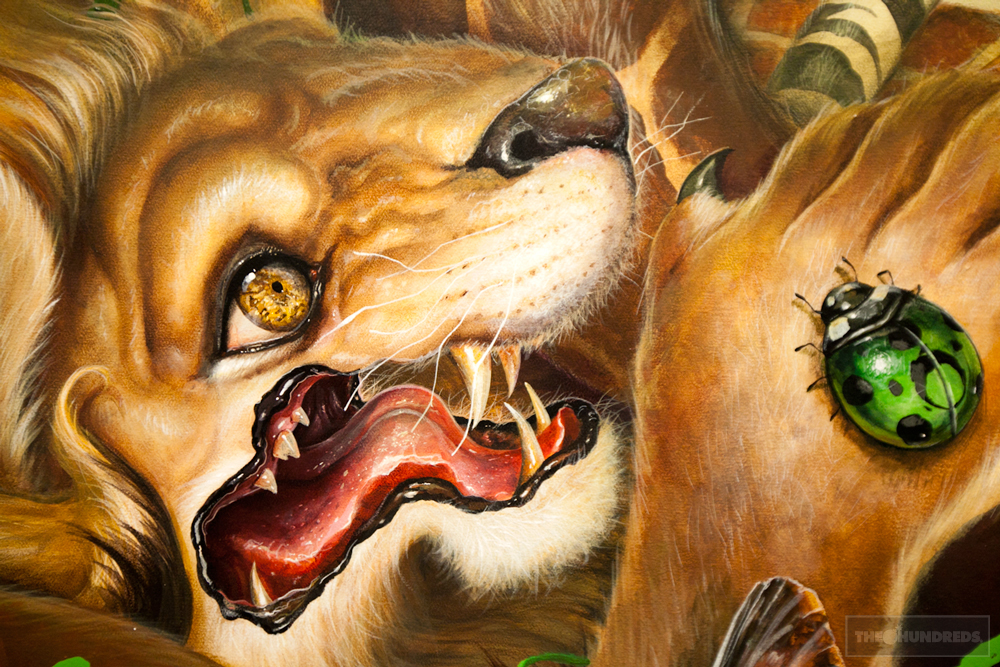 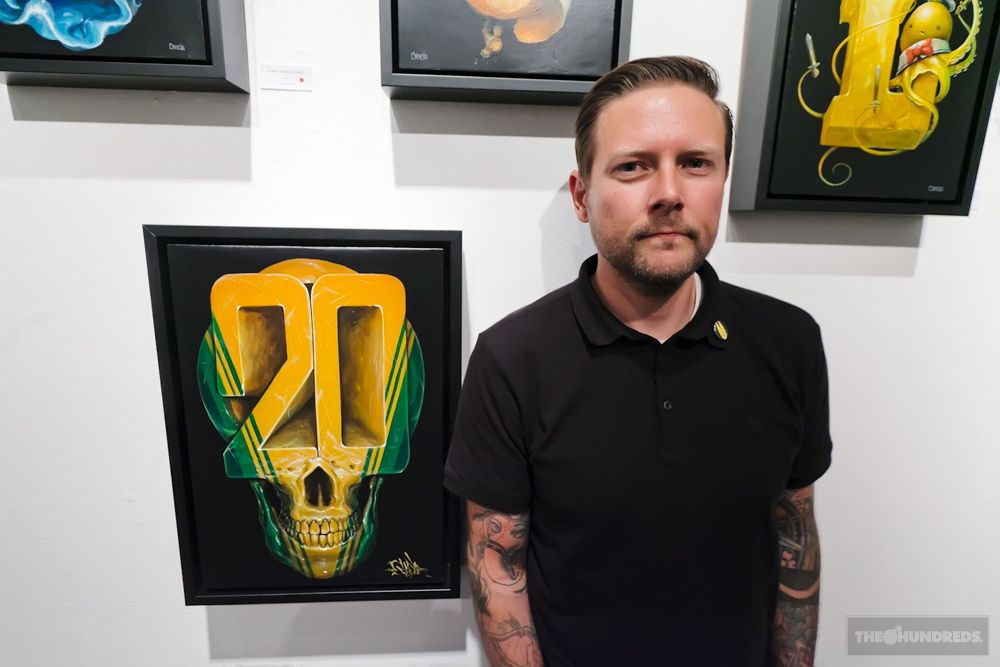 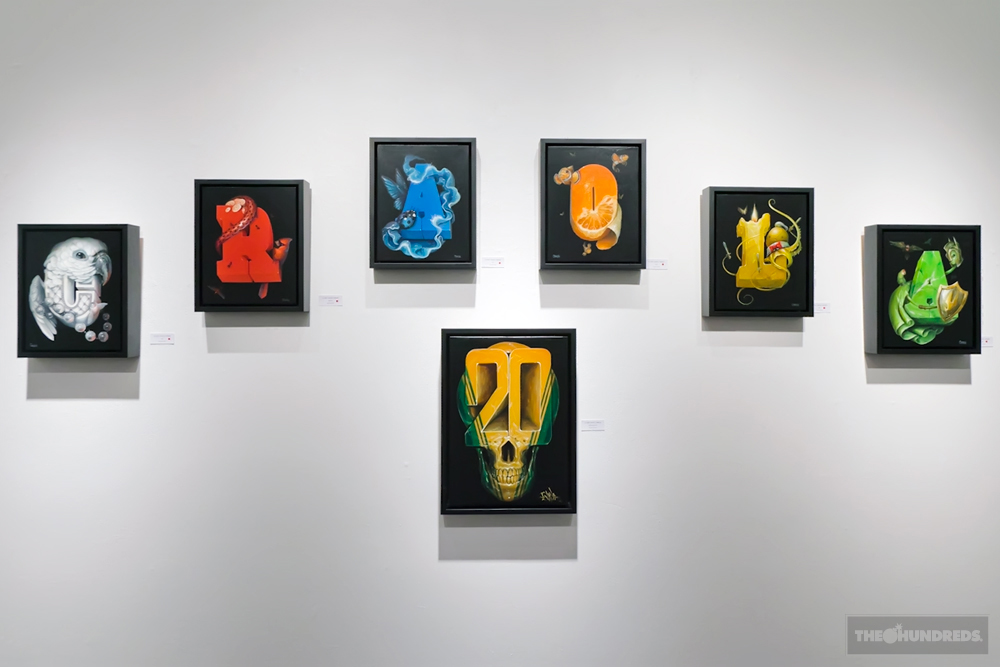 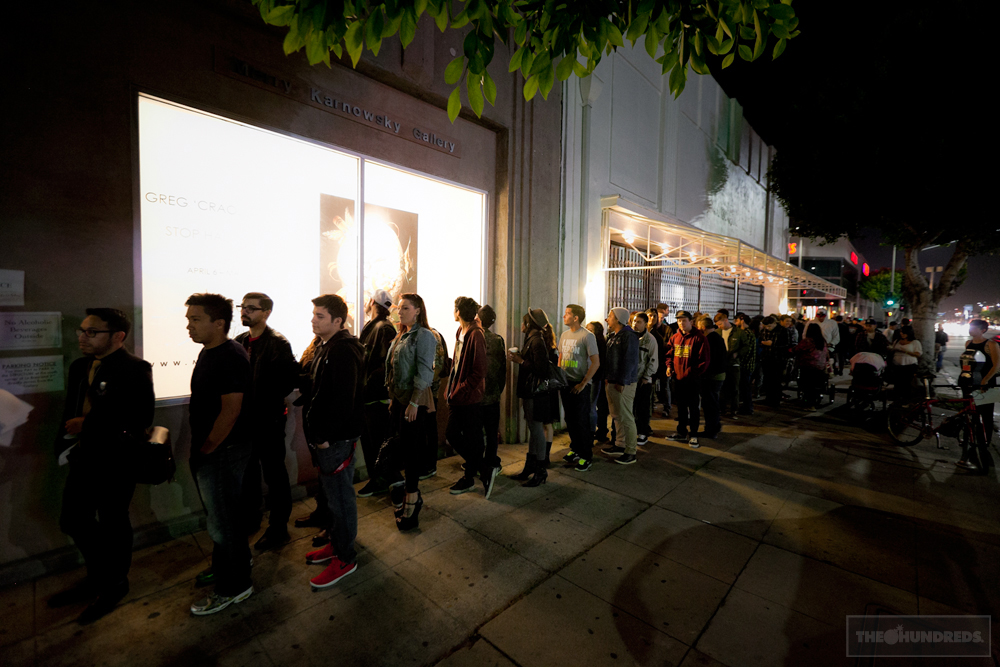