COHETE SURFBOARDS :: SURFING BEYOND THE MEDITERRANEAN

If you put the words surf and Greece side-by-side, most people would find it an odd combination. Greece has the sea, the spots, and the wind, but still, we’ve never been known for our surf scene (although, there always was quite a strong windsurf community and everything around ‘windsports’).

Maybe the closed Aegean Sea or the Mediterranean Sea don’t give many long period swells like in the coasts of USA and Australia, but we manage – especially in Autumn and Winter – and the surf scene in Greece nowadays is stronger and healthier than ever, beyond all the absent hype.

Cohete Surfboards is the brainchild of surfer-shaper John Tsoutis a.k.a. JT hailing from Athens. In the last few years, Cohete’s put its mark in the ever-uprising European surf scene with its innovation, products, and team. 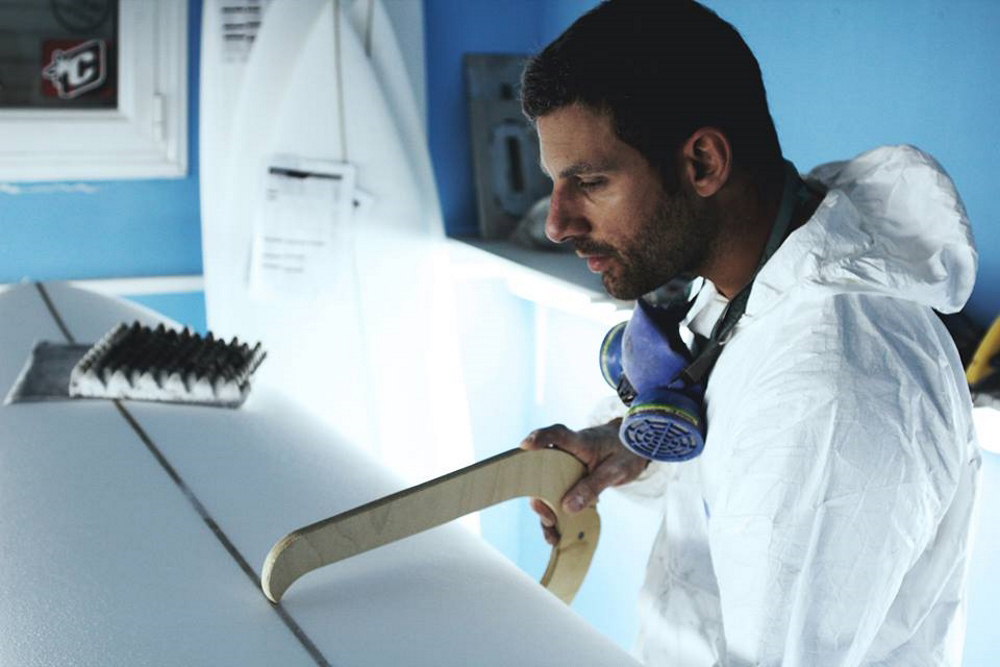 MANOS: We are in the closing end of 2014, what’s the Greek and international surf scene like at this moment of time?
JOHN TSOUTIS: The surf scene in Greece is getting bigger and bigger and in the same moment is getting more mature; whatever that means. Definitely, much better level of quality from the riders, many young ones have popped up, many more – and better organized – surf schools, plus the whole market around surf is getting bigger as well.

In the international field, if you watch the World Championship Tour, you can see that the level of quality is really top. Surf was, and still is, the king of watersports!

You are one of the most experienced shapers of Greece. When did you start surfing and when did you move on to the construction of your own surfboards?
I started skateboarding when I was very young and skateboarding was truly something new in Greece back then. Later on when I was 17, I started surfing alongside a more experienced friend of mine. From that day on, I never stopped surfing!

Just a year after I started surfing, I started making my own surfboards as well. I knew absolutely nothing but I was very curious what a surfboard was made of. I was staring and looking carefully at the board trying to understand what glassing is, fin, plugs, and so on. I didn’t care that much of the shape back then; I didn’t know the importance of it.

So, I started as a garage shaper – backyarder and I was working on this for the next 3-4 years, day and night. Blanks, resins, non-stop shaping... 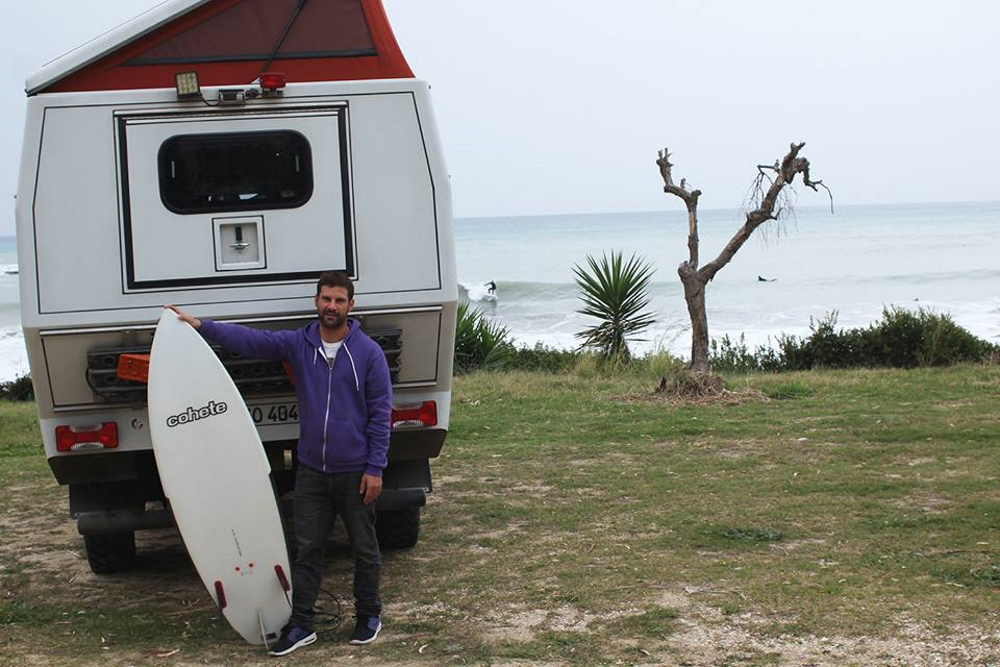 And after a while you created Cohete Surfboards, right?
That happened back in 2007 when I was 23 years old and the company officially started. I was using the brand name, of course, from early 2004.

Would you say Cohete Surfboards represents – among others – a new movement in the European surf scene or are there no such limitations and labels?
Cohete has gained its own position in the European market. We sell our boards in nine other countries besides Greece. We represent a new movement in Europe because our product is original, quality, and already recognized and established among surfers.

The company’s plan from day one was the creation of an international brand. There are no limits, we have faith and will to build boards that will sell wordwide. The sky is the limit! 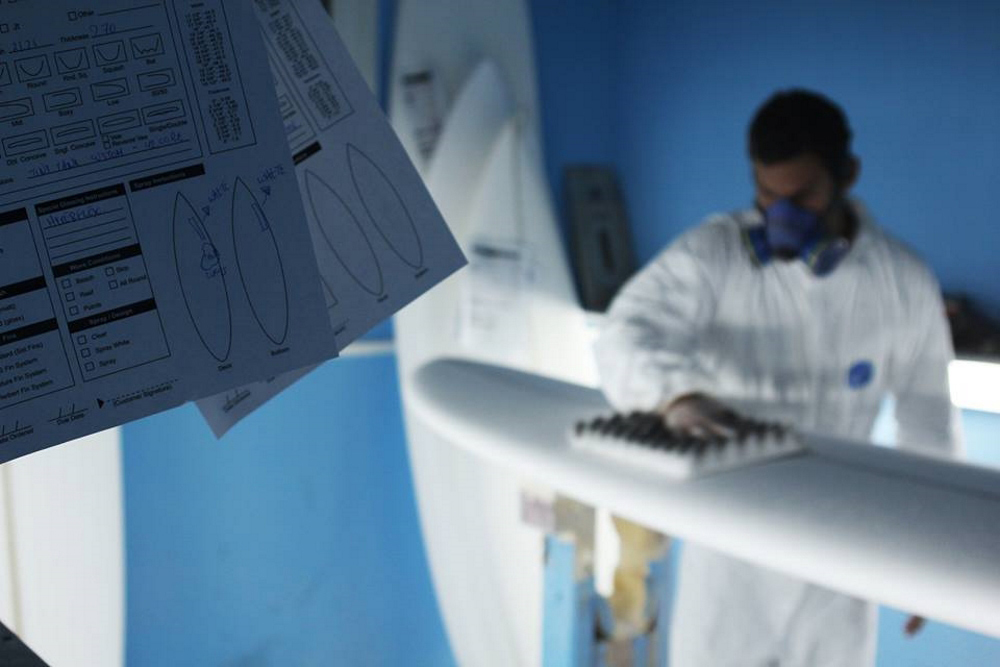 Which international shapers are you following and respect their work?
I know most of the international shapers and have respect for their work, their history, and what all of them have given to the scene. Some of the include Chris Cole, Greg Griffin, Twin Bros, Erik Patterson. Erik Arakawa, Rusty Preisendorfen, Matt Biolos, Nev Hyman, All Merrick, and some more I probably am forgetting. 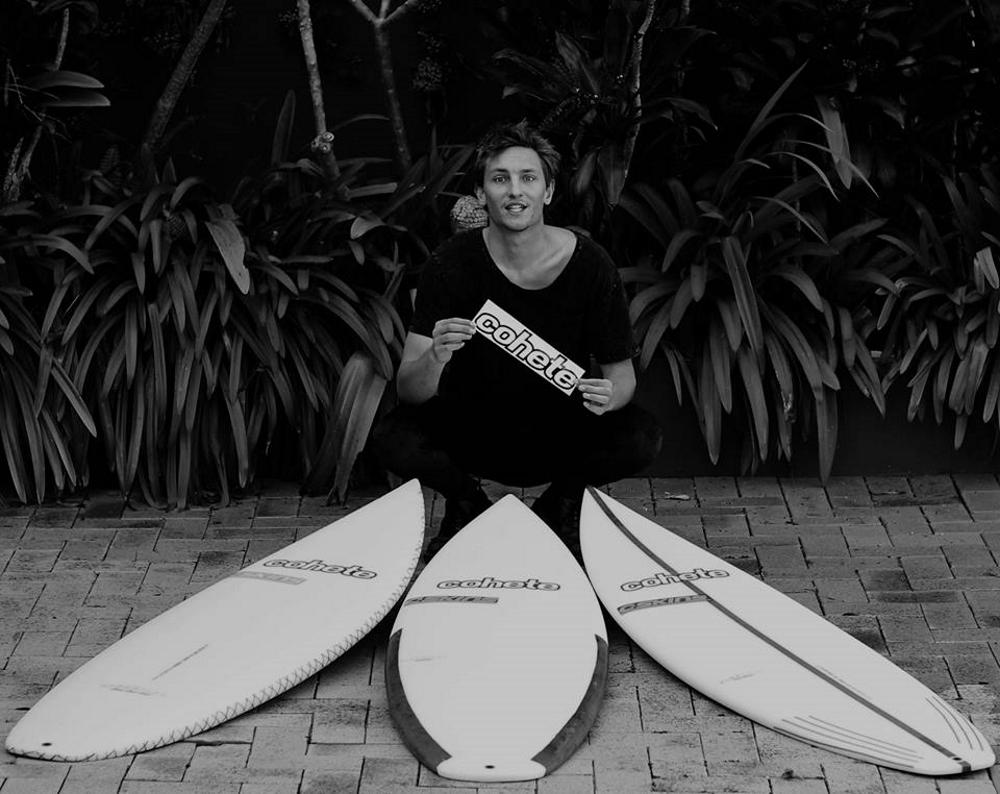 What are the elements that make Cohete Surfboards so special?
Our boards are epoxy, and epoxy only, and as much environmentally friendly as possible. We use four different Eps-Epoxy technology innovations that were created solely under Cohete’s tests and trials. We use the industry’s top materials for our boards and nothing below that, not even to just to cut down production cost. Our boards are highly durable and future-proof, super light with very good flex momentum.

Last but not least, what do we have to expect more from the Cohete camp for the next months to come?
We will continue adding new blood to our international team, improving our design, and adding exclusive and new creative material to the social media. Cohete is a brand for surfers by surfers, and we will continue to respect, in all matters, our buyers-surfers. 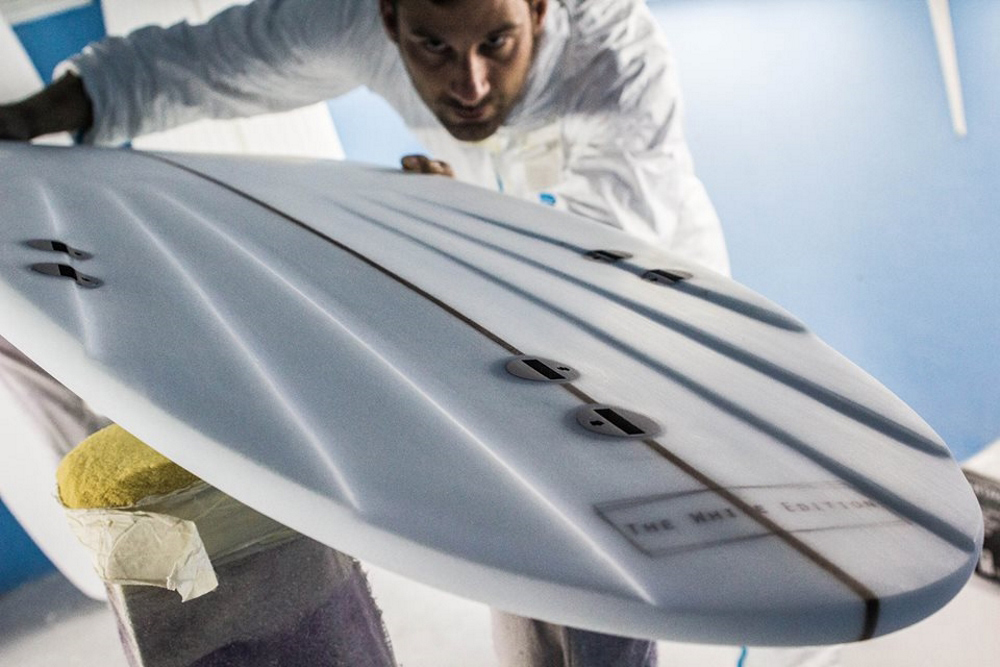 John Pangilinan
I first became aware of Chris Burkard’s photography when a friend, a few years ago, gifted me a book, The California Surf Project, which now has a permanent spot on my coffee table. The book is fil...
HIDE COMMENTS