“So this one kid, he’s pledging for a frat and drops acid, the Hello Kitty kind, right before he’s about to be a contestant on The Price is Right. And this other guy, he slaps his prostate-cancer-ridden, morphine-pickled father square in the face with a pie as he’s dying in his hospital bed. And then there’s these high school kids who begin to lobotomize themselves with cardiac defibrillators because they discovered the key to true happiness. And there’s this group of animals, like monkeys and bison and stuff— they set up those free sample tables at supermarkets and hustle exotic, smelly cheeses...”

Since my trip to the bookstore last week, I’ve been telling these things to my friends, out loud.

No, really I have. And most of them look at me funny, as if I’m on a fast track to Unabomber-dom. Or high.

But that’s part of the beauty of Chuck Palahniuk I suppose. Any attempt to summarize what his stories are about and you sound like an absolute maniac. Well, that, and his ability to make all this absurdity seem completely normal. No matter how far out there it goes, it somehow makes perfect sense as you’re reading.

Choke brought us a sex addicted medieval theme park employee whose mom thinks he’s related to Jesus Christ. He fakes choking in restaurants to con people out of money and his best friend builds houses out of found rocks. Survivor brought us a housekeeper who accidentally becomes a famous motivational speaker and hijacks an airplane, all while fielding misdialed suicide hotline calls to his apartment due to a typo in a newspaper ad. Beautiful You brought us a young woman who becomes a lab rat for a man who implants nanobots inside every female on Earth through a line of sex toys he created in order to control the world because, well, he’s got girl issues. And we all know about that schizophrenic guy who builds an army and makes all that soap because he fell in love with a chick named Marla...

See what I mean? I sound batshit crazy.

Make Something Up: Stories You Can’t Unread, is Chuck Palahniuk’s new collection of 22 short stories, written over the course of the last decade. Practical and appealing for the convenience factor alone, you can quickly read one piece at a time, when you have time. The thing is, that doesn’t happen. In fact, I haven’t even made it to the sixth story yet because immediately after reading chapters 1 and 4 I reread each of them... twice. They were that good. 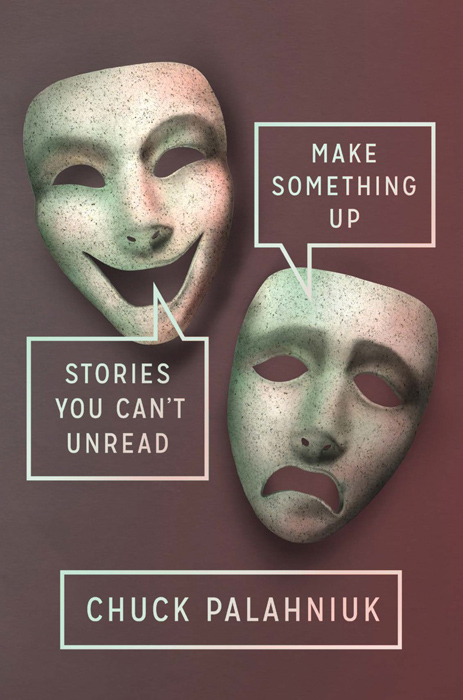 After 14 novels, a travel guide, and a collection of magazine articles in the last 20 years, Make Something Up just might be the best book to lend to someone who needs an introduction to Chuck, or is one of those contrarian types who dislikes him just because so many other people love him.

Not satisfied with only one release, you greedy bastards? Wait! There’s more! The long-awaited graphic novel sequel to Fight Club also dropped last week. Chuck wrote it, Cameron Stewart drew it, and Playboy unveiled a six-page preview recently. You can buy it now, as well as pre-order parts 2-4 right here, but other than that; I’m not supposed to talk about it. 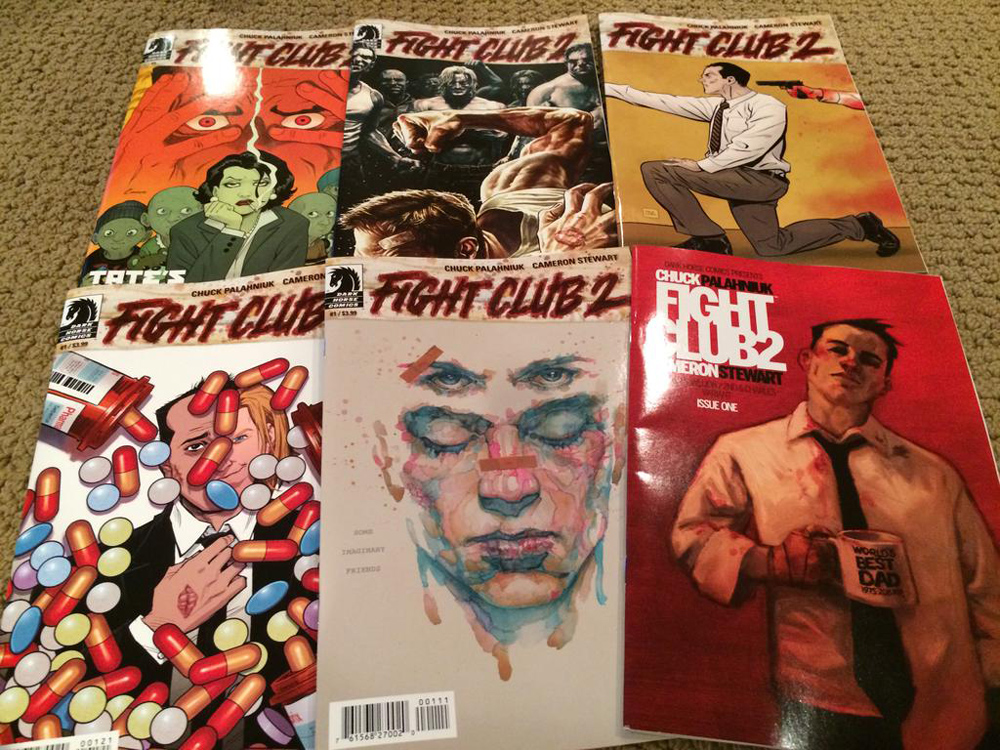 6 of the variant covers available for the Fight Club 2 graphic novel. Image courtesy of ChuckPalahniuk.net.