How long did you stay in Detroit before eventually moving out to Los Angeles?

Well it felt like a lifetime but in human years, I’d say it was 18, and I convinced my parents to ship me off to a destination of their choosing since they were financing the adventure at that point. And I went to a university on the East Coast and then came to LA shortly thereafter.

Were you influenced by the Motown sound growing up?

I was sort of sheltered in Detroit. I grew up in a very religiously cult-like family who controlled my atmosphere and environment rigidly, so I had to sneak around and discover the music I was interested in, the music my friends put me on too. I didn’t get the classical training that I suppose most people how become musicians might have experienced because my parents had no sense of the history of that music. So I would just spend a lot of time secretly listening to FM radio on headphones and that’s how I discovered Rock N’ Roll. Then when I decided to leave the nest I started tracing my roots and connecting the dots between the history of artists that I had been listening too as a youngster, realizing that a lot of what I gravitated towards were things like The Stooges, MC5, or Motown, for that matter, the soul of street level grit, the sort of sounds, and emotions and feelings that resonate on a very primal level. That’s what Detroit instilled inside of me as a young impressionable person without even consciously realizing it. 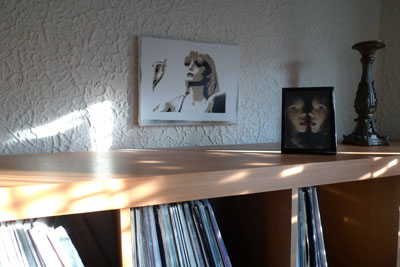 Do you feel you appreciate music more because you had to work at discovering your inspiration from music rather than always having it in the house?

I think it’s a romantic notion and I like that idea of that romantic notion however I have met people from all walks of life who have been immersed in music and culture and also grew up to be incredible visionaries and artists in their own sense. But I don’t know that if what you’re exposed to necessarily dictates how passionate you’re going to be later in life as a fan or as a creator of art. I believe that genesis takes place inside of you as a person and then in retrospect you put the pieces together that define the puzzle of your history. 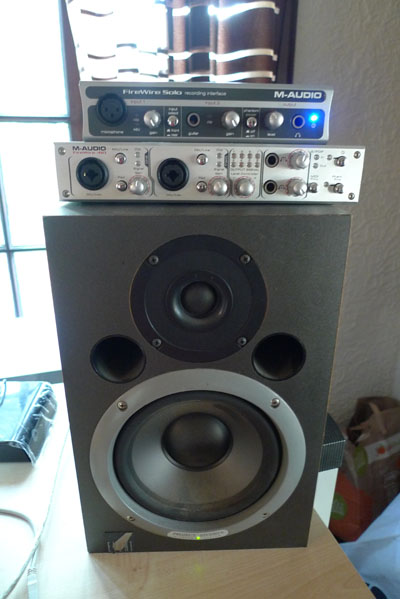 I understand you studied film.

That’s true, I studied film. It was the only thing I could think of that I wouldn’t hate to do to make a dollar besides playing Rock N’ Roll.

Did you make a student film that you look back on and wonder what you were thinking?

Yes I did. However, what’s interesting is that with enough time I

have been able to reflect on it and realize that it was rather genius but at the time I thought it was absolute garbage.

Is filmmaking something that your are still interested in and want to continue to pursue in the future?

It’s definitely one of my passions. I’ve always been an escapist at heart and cinema at an early age was a great way to escape the stark reality of my material world. And when I went to school I started to learn and understand the craft and started to appreciate the art form and science that goes into telling a story and presenting it in a visual way through the medium of film. So, its something that is constantly hovering in my mind when I create and when I think but I realized when I once I came to LA I had to make a choice, like I reached fork in the road, because I came to LA to work in the film industry. It was literally one of those dream opportunities that they make movies about.

I was just a really naÃƒ¯ve Mid-Western kid who just wanted to get his first break and I worked on a commercial in Detroit as a Product Assistant and I made sure I kissed every single person on that crew’s ass. One of those asses that I kissed gratuitously happened to remember my name and thought of me when they got a new gig in LA.

So this producer called me up in Detroit and gave me the stereotypical, Ã¢â‚¬Å“this is your big break kidÃ¢â‚¬ speech, and required that I get on a airplane the very next morning and fly straight to LA and take a taxi from the airport straight to Sony Pictures lot in Culver City, and talk my way into a job. And I basically beg and pleaded to the person I was interviewing with to give me that chance and I guess it touched a cord because somehow I got the job over a lot of qualified candidates.

Would it be wrong to say that is seems like you are not looking to be come a celebrity? Even with Moving Units, you guys just put out music and did the opposite of what a lot of artists do nowadays by constantly maintaining a presence of the internet.

I couldn’t ask for a more gratuitous compliment than that. 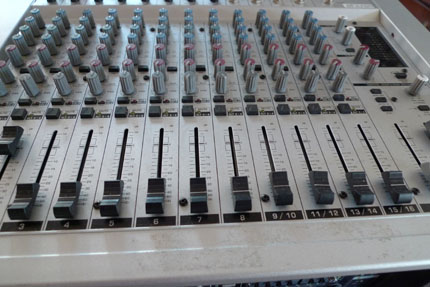 Can you let us in on the details surrounding your new solo project?

It’s basically the reinvention of myself and I encourage everyone to experience the reinvention I think that’s inherent to the universe, and so in any small or grand way, I think we all have opportunities to reinvent ourselves. As an artist I’m probably a little more flamboyant about my concepts and my executions but it is a very simple and humble idea of reinventing oneself when one feels inspired to do so. And in the wake of the history of my band, Moving Units, and the work I’ve done with them and the experiences that we had, I think I’ve just been compelled to deviate from that path and explore other ideas, musically, aesthetically and conceptually. I arrived at a point where I decided that I like the idea of surrounding myself with people who relate to my ideas and my aesthetic and therefore I feel like I will relate to them. I feel like its sort of a mirror image if you’re enjoying the company of someone that enjoys your company than its equally beneficial and its harmonious and its pure. And that’s what initially prompted me to basically wake up one day and say why do I need booking agents? Why do I need publicists? Why do I need A&R people. Why do I need managers, venues and promoters? I’ve done it all, I’ve experienced it all, I understand how the business works, and I have respect for the industry and the work that those people do but as an artist and individual I realized I don’t need that machinery in order for me to create and connect with other human beings on a level that a musician would connect with them.

I felt like the most immediate, the most pure and unadulterated way of doing that is to invite people who are familiar with my work whether it be the work I do through Moving Units or things I’ve done as a DJ or remixer, I wanted to bring to bring those core friends and fans into my home and create an environment that was very welcoming and hospitable and just allow synthesis to occur. 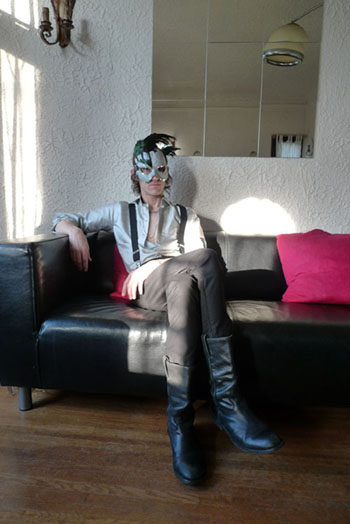 Is this an album or a Ã¢â‚¬Å“spontaneousÃ¢â‚¬ experiment in music?

It is not as spontaneous as it looks on the surface because I am very controlling and methodical person so I spent a lot of time preparing the ideas and music before I launched this project. When people come to this event they are going to hear an entire live set of original music that I have quietly written and produced away from the spotlight without anyone else knit picking it or considering it marketability. It the most pure reflection of what I like right now at this point in my life. This music I feel a little bit more nostalgic about the music that I’m debuting for my solo project because it reflects the music that I secretly listened to as a child, it reflects the cinema that I watched as a young adult, it reflects the music I listened to in my 20’s and it reflects the taste of my band mates, over the years, the music they shared with me. So I feel like I have such a vast palette to draw from but when you dial it down it’s essentially if Led Zeppelin and Daft Punk spawned a bastard child.