BEHIND THE SHIRT :: "WALLACE PORTRAIT" BY JOSH CLEMENTS

The following “Behind the Shirt” feature is from The Hundreds’ Fall/Winter print magazine, releasing September 11th at The Hundreds’ flagship locations and in the Online Shop. Stay tuned for more details.

Amongst the pungent talent pool of eccentrics at The Hundreds Homebase, Josh Clements is a top contender in the realm of interesting to talk to and difficult to consume liquids around. The man/institution, famed for designing the “The Hundreds X Tapatío” graphic immortalizing Ben and Bobby alongside the eternal Emilio, started out as a freelancer for The Hundreds, but shortly established himself as a staple in the design team, coming on as Graphic Designer in 2014. 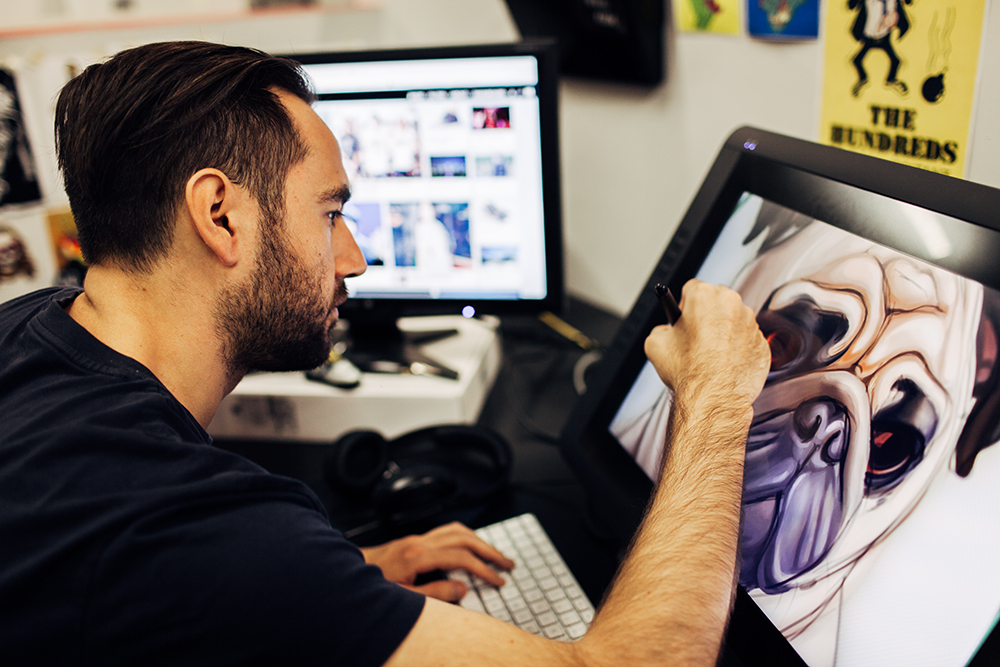 When I caught up with Mr. Clements to gather information about one of his new T-shirt designs, we covered a range of topics spanning from drunk robots, to World of Warcraft, to scissoring, to Asian rice candy, to The Truman Show, to zombies, to The Big Lebowski, to tattoos, to foopas, to grandparents, to idiot savants. In the midst of the junk-food banter about life’s greatest joys, we managed to squeeze the sponge for some insights on the legendary “Wallace Moment” graphic. 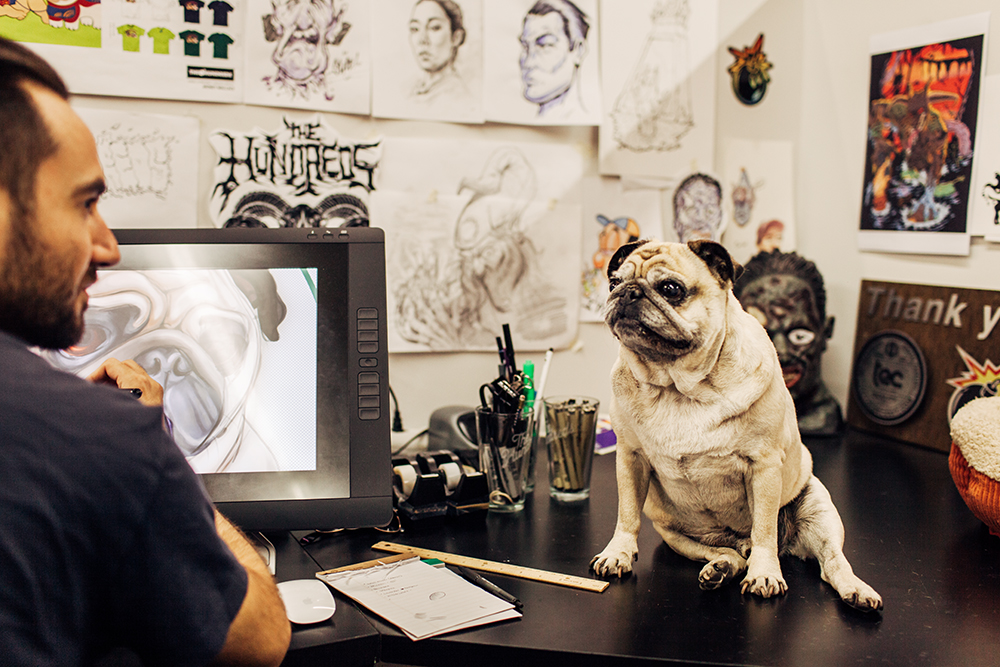 A self-proclaimed “drone for The Hundreds,” Josh does what he’s told. So when Ben hit him up, of course he couldn’t decline. Josh says, “They were like, ‘We want to do a very regal oil painting of Wallace.’ It’s funny because I had never met Wallace, so when I first met him it was a big deal... He has a bit of an attitude [so] I had to Cesar Millan him.” But the oil painting request wasn’t your usual. Since it had to live on a T-shirt, it had to be digitally rendered using a collection of Photoshop brushes to a set of dimensions that could also work for a full-scale canvas print. Why? “[Ben’s] going to get a really nice ornate frame for it and just put it above his bed,” explains Josh. 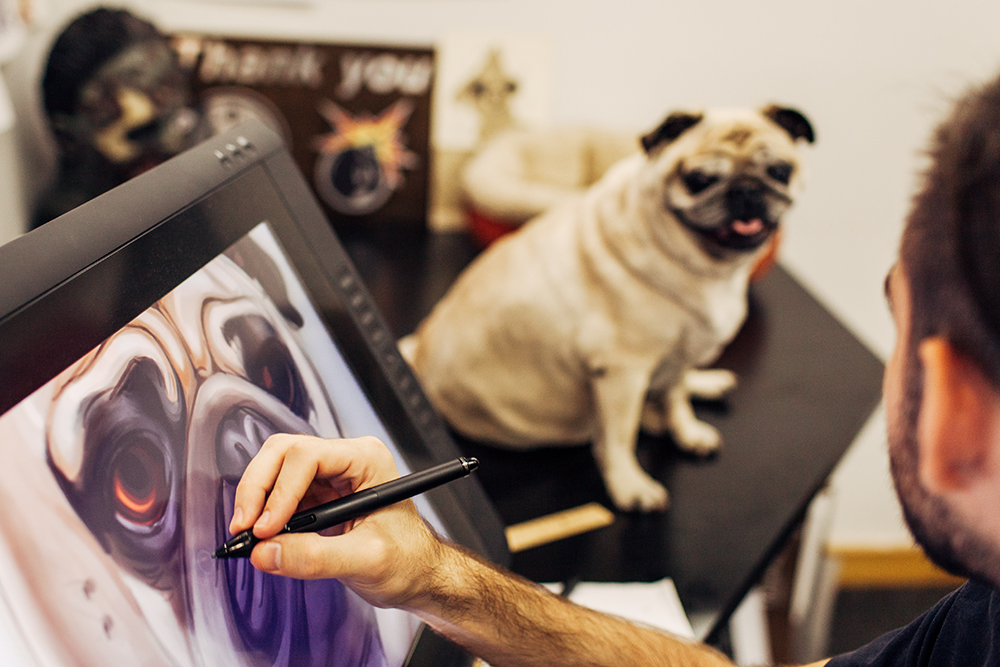 Paying tribute to Ben’s beloved beast was no menial task. The watchdog, who once ruled the office with an iron paw, has fallen victim to age and gluttonous privilege. As a weathered canine, he finds himself pattering around the cement floors of The Hundreds Homebase like a ghoul in a tomb. “He’s a pretty old geezer now, but in his heyday he was The Pug,” says Josh. It would have been disrespectful to Dorian Grey to sketch him in his current state. Instead, Josh vied for a more “John Singer Sargent” style: “You want to go for accuracy, but also fluff him up a little bit. You want to make him look sexier. You want to flatter him a little bit.” 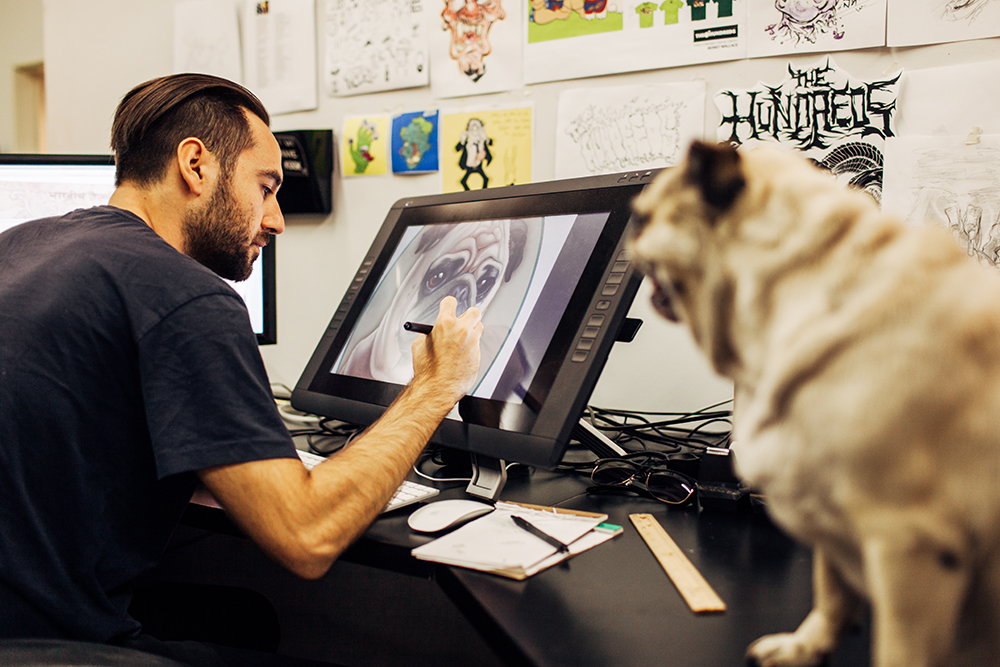 In the final product, you’ll find an uncanny resemblance to the Wallace of yesteryear, an undying testament to the puppy that stole Ben’s heart eight fateful years ago. If you’re wondering if Josh will break back into the oil-painted canine scene, fear not, as he likes “drawing people and animals more than any inanimate object.” As a matter of fact, you can catch him acting like a sketchpad with a sketchpad at your local zoo, “sketching animals and people watching.” 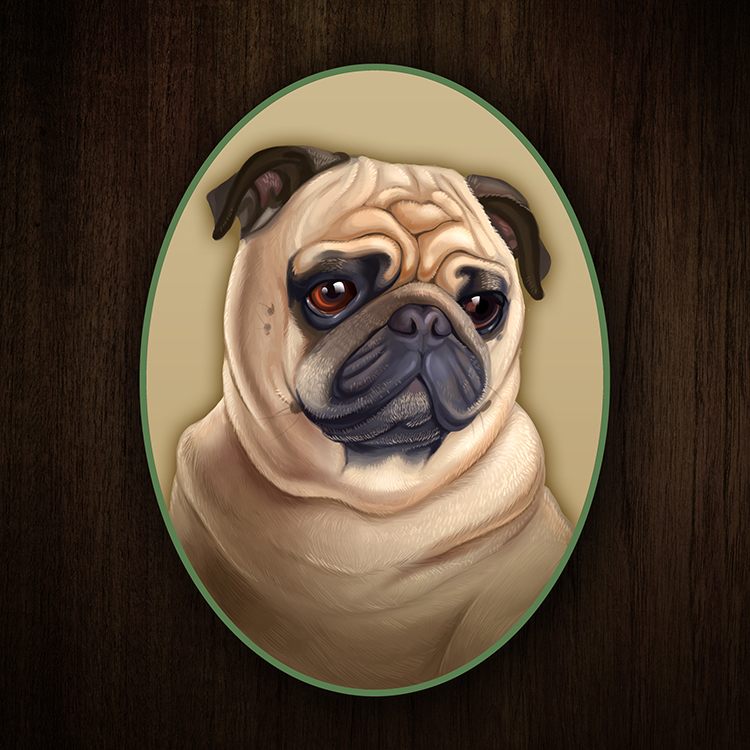 Random Fact: You can find Josh’s graphic work at every Petco in the world. He did the branding and graphics for “Whole Earth Farms” dog food. 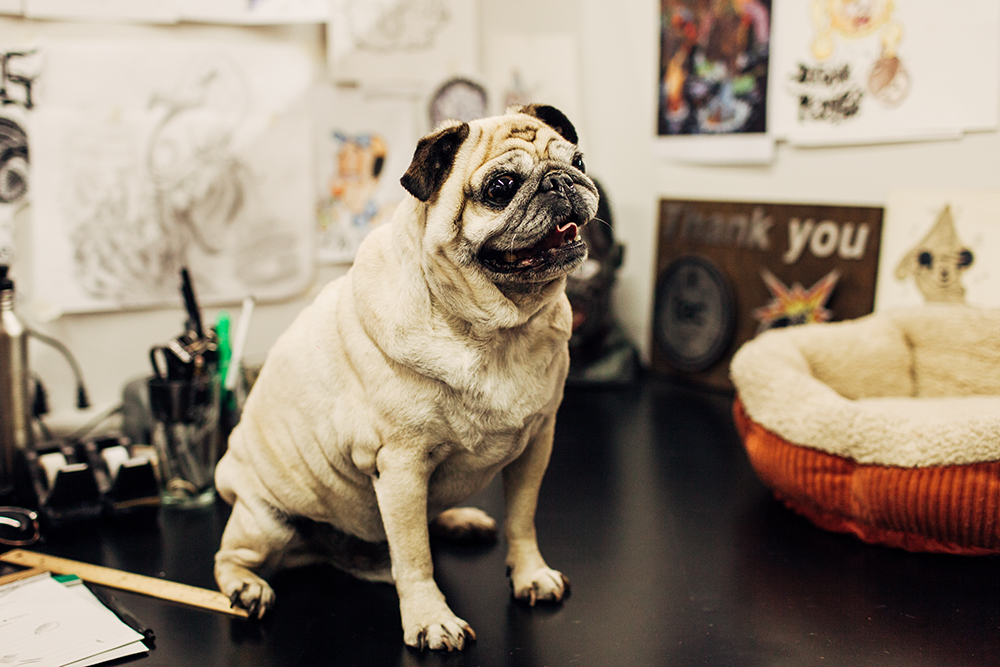 Want to show love for ol’ Wally? You can get your Wallace memorabilia here, including this joint from The Hundreds’ Fall 2014 collection.