A few weeks ago I was invited to The Distillery recording studio in Costa Mesa by way of Nick Waterhouse, who is producing the Allah-Las‘ debut full length — untitled and set to release sometime this year. This was a perfect opportunity to chat with all the guys: bassist Spencer Dunham, lead guitarist Pedrum Siadatian, singer and guitarist Miles Michaud, and drummer Matt Correia, about their recording process, their live show, and everything in between. All in their mid-twenties, hailing from Southern California, and equally influenced by musicians of the past, the Allah-Las have made quite a splash on the scene. With a sort of garage surf rock sound and an EP under their belt, the band held a month long residency at The Echo in August of 2011, opened for The Growlers at the end of the year, and along with their producer and label mate Nick Waterhouse, were listed as one of five acts to watch out for in 2012 by LA Weekly. High fives all around to a group of dudes who admittedly have never played in any other band before they came together three years ago. and for it being Correia’s debut on drums. We piled into Michaud’s pea-green retro van, the sun was setting, and our conversation began. It was entertaining and educational, to say the least, especially when I asked about any good stories they had from the road – whatever you do, don’t bring up Scattergories. Read on to see what I mean. 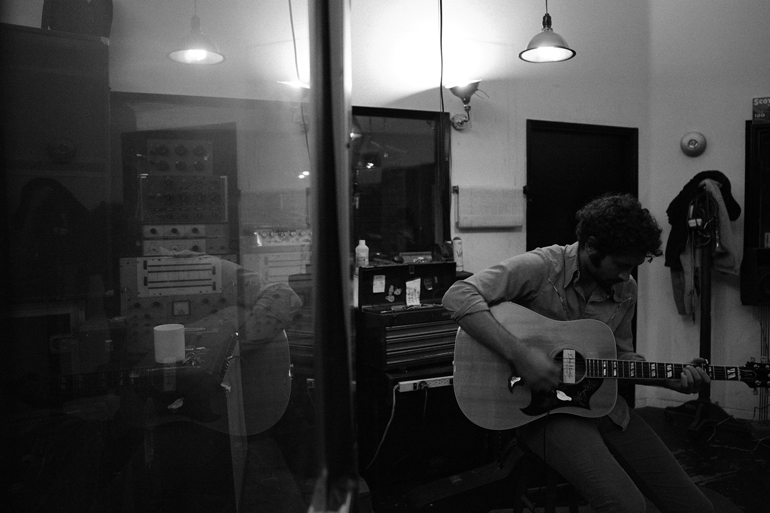 How’d you guys come up with the name “Allah-Las”?

Miles Michaud: The name really came from sounding good. I thought it had a ring to it like the Shangri-Las, the Allah-Las.

The spelling use of Allah is kind of secondary. The reason why it worked for me is because it’s clever, a little shocking to most people, but I think that’s the point. It shouldn’t be shocking, but there’s a bad stigma attached to the word, reasons that are kind of silly — at least I feel. There’s a lot of people in the world that think it’s a beautiful word, just because we’re taught to think otherwise doesn’t mean we should.

We grew up liking musicians that often looked into the past, and that’s a big part of what they were doing – kind of record nerds that play music.

What about some of your influences? I know you’ve mentioned the Paisley Underground as a big one in past interviews.

Pedrum Siadatian: A lot of instrumental music, all kinds of stuff. Lots of ’60s music.

Matt Correia: Yeah, anything that really takes from that era and really does something different throughout the ’80s and ’90s, does it well, and does something new like the Paisley Underground, or the Beachwood Sparks. We grew up liking musicians that often looked into the past, and that’s a big part of what they were doing – kind of record nerds that play music. We’ve known each other for so long and we’ve gone through a lot of different changes in what we like, but there’s a lot of common ground between all of us.

MM: I think it’s hard to define the underlying factor that all the music we listen to has in common, but like Matt was saying, it’s just something unique and different from what’s going on at the time. Something that if the individual is passionate about, and if the individual who makes the music is unique, then it’s something we’ll be drawn to.

When we first started, our sound was completely different. It was more garage, dirty punk. 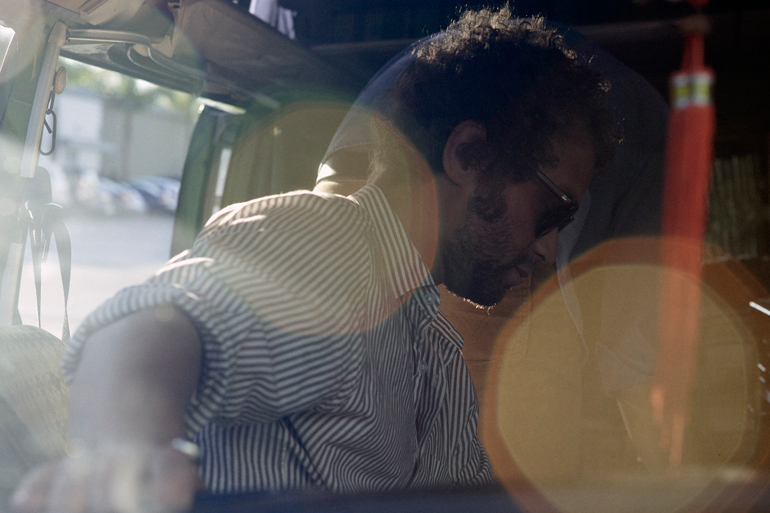 MC: Yeah, cause I couldn’t play anything else on drums. We were really into those garage compilations. But also mixing that with ’90s and more.

Nick Waterhouse: I would say I hear a lot of non-musical influences in your music too.

MM: Yeah, Los Angeles, and California in general bring a lot to the way we sound.

PS: I’m happy that we’ve kind of taken our time with this LP and that we didn’t rush off and record in the early days, because I feel like we’re a lot different. I’m glad we moved on from that, and I’d rather have this LP represent what we’re about now.

MM: It took us a long time to cultivate our sound, and our own identity with that. It’s finally here, maybe in the past year is when we really had that down. And we can even see a common element in all the songs we were writing. It’s something that feels good, because for a while I was concerned that we sounded too much like other bands, and were influenced too much by other people. I don’t feel that way at all anymore.

Yeah, our LP will be released when the world ends. Signed copies will be worth millions in the afterlife.

Was there any particular time when you felt that you had finally come together as a band?

PS: I think once we made ‘Catamaran’ was the turning point for us. That’s when things started slowly shaping into less punky garage rock and more towards rhythmic instrumental. working on making something more “groovy.” I hate saying that, is there another word I can use? I guess just focusing on working together.

Spencer Dunham: We all learned, more or less, how to play together as a band. 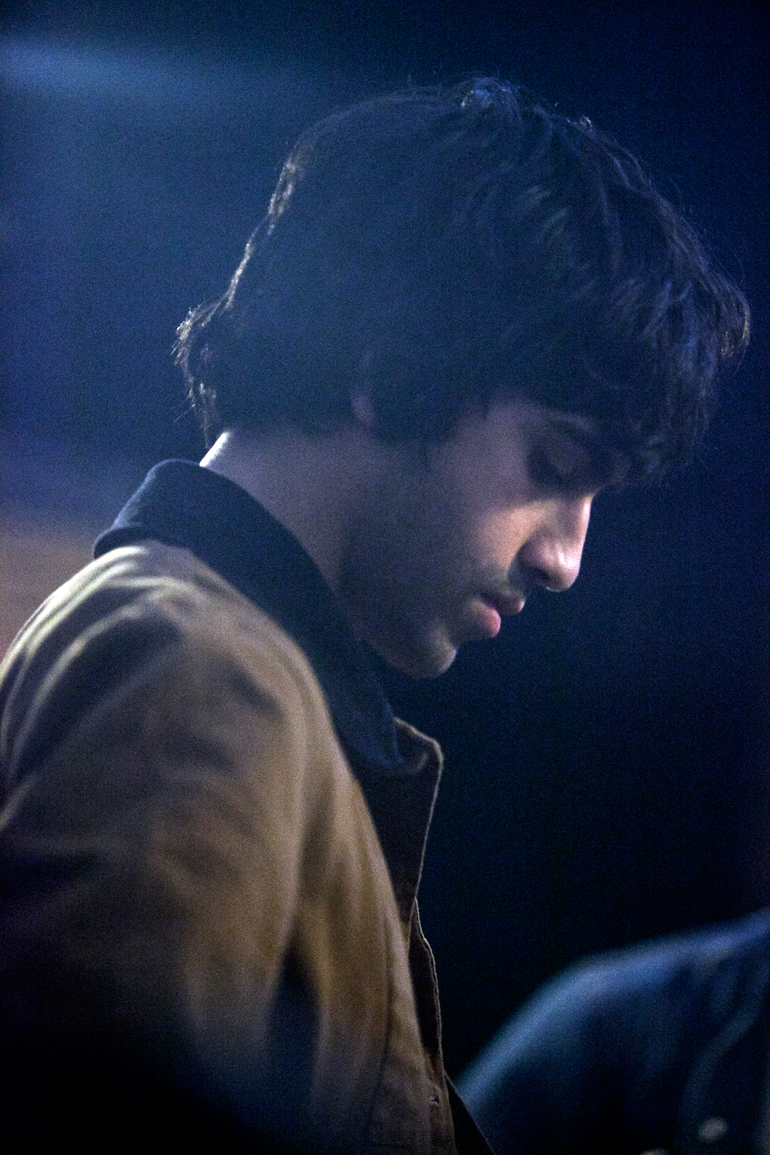 Is there a back story to the LP you guys are working on right now?

SD: It’s our first album. We’ve had a lot of songs that have come and gone, and that we’ve never recorded. So, these are the songs that have outlasted everything, and some new ones too.

Are you going to have any of your EP songs on there?

MM: Just ‘Catamaran’, because ‘Long Journey’ is the B-side of the record. We may, I don’t want to say probably, have another single or EP come out before the record.

How’d you guys get started working with Nick Waterhouse?

MC: I knew Nick from San Francisco State, we both went to school up there. I played tambourine in one of his groups up there, and we’ve just known each other forever. We met in SF and kept in contact, and he found interest in our band, and that’s just how it went down.

And what about recording at The Distillery? What are you guys getting out of recording everything analog?

MC: That’s a relationship Nick had passed on to us. That’s kind of what we always liked, sound-wise. This is how the recordings that we really like were done.

MC: The space does a lot, but knowing Nick as a producer, knowing who we are. plays a big part of it.

How would you describe your live shows?

MC: Our live shows are very much like our practices. We’re not like a performance, we just play our songs

MM: We’ve had both sides of the review when it comes to that ‘€œ we’ve got people telling us that we need to move around more, or people tell us that it looks great and we’re just groovin’ up there.

PS: We’re not really showmen. It’s kind of unnatural for us. We just want to play the songs the best we can, and if the audience is into it, then we feed off of that and move a little more.

MM: It’s a little counter-productive at times, but you know, that’s what we do.

I’m happy that we’ve kind of taken our time with this LP and that we didn’t rush off and record in the early days, because I feel like we’re a lot different. I’m glad we moved on from that, and I’d rather have this LP represent what we’re about now. 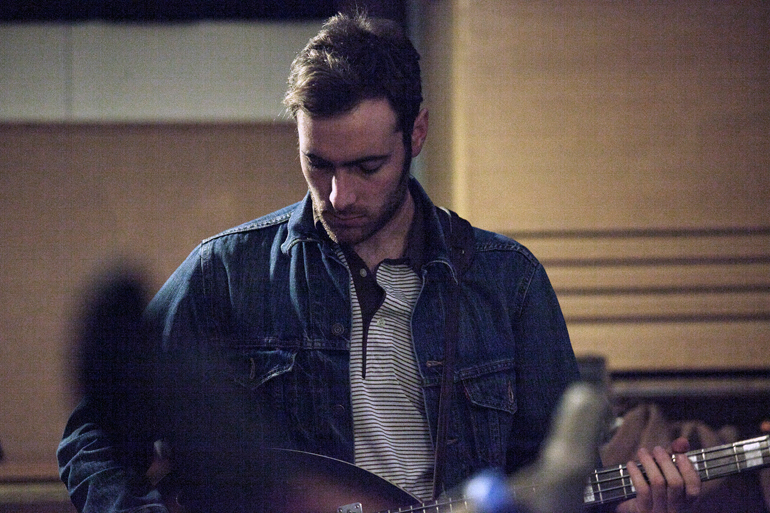 Any good stories from the road?

PS: We don’t talk about Scattergories, Spencer! Hm… When we went up to Santa Barbara last time, Matt mouthed off.

MM: Basically, he doesn’t let people push him around.

PS: Even if they’re not pushing him around. We’re not talking about Miles’ alter ego? He’s called ‘The Murph.’ It involves becoming extremely obnoxious and rowdy over nothing. There’s a lot of raising the roof, lots of hitting walls.

MC: Then he’ll do shit that he doesn’t remember in the morning, like breaking your phone over a Scattegories result.

PS: Don’t talk about Scattegories! He tackled me because I said ‘eagle eggs aren’t round.’ I was just fucking with him but he got really angry. That was going to be a double point.

Any big plans for the new year?

MM: We’re going to SXSW for the first time. It’s going to be fun.

NW: It’s going to be a really good year for the Pres family.

MC: That would suck if the world ends.

PS: Yeah, our LP will be released when the world ends. Signed copies will be worth millions in the afterlife. 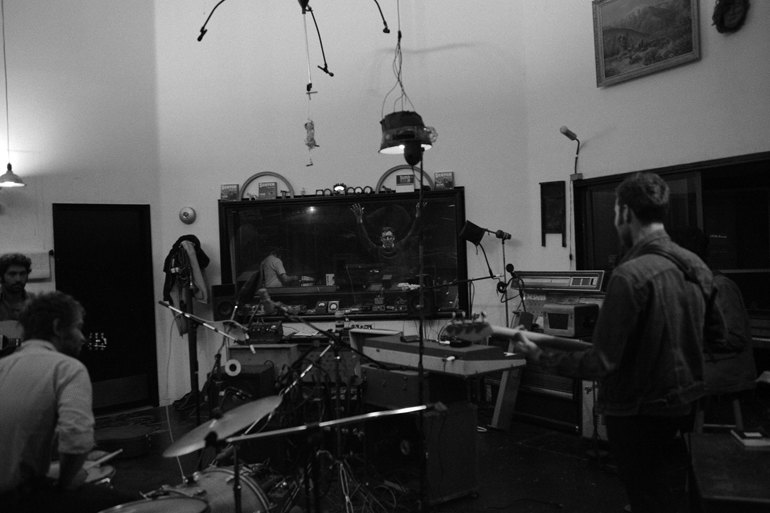