In celebration of the landmark film’s 50-year anniversary, 2001: A Space Odyssey is making its way back to theaters, presented earlier this year in an “unrestored” 70mm format at the meticulous audio and visual specifications demanded by the film’s director, Stanley Kubrick, and with a 4K re-re-release scheduled for October. Warner Bros. has been marketing the special event with bold posters matter-of-factly stating “one movie changed all movies forever.”

For any other film, such a statement would and should be met with a retina-detaching eye-roll. After all, we live in an age of 24/7 nostalgia masturbation where every middling but sellable “classic” gets a 10, 20, and 25-year anniversary repackage, replete with hyperbolic revisionist history claims about its cultural impact. Kubrick’s 2001 is the rare exception to this craven trend and one of the few films that has permeated and influenced all aspects of pop culture to such a vast degree. With an epic story that spans millions of years and multiple dimensions and groundbreaking cinematography aided by jaw-dropping practical effects, it’s no wonder A Space Odyssey is widely regarded as one of the best films ever made.

So far-reaching is the impact of this half-century old film that you likely aren’t even fully aware of the scope of ways it’s touched your life, especially if you’ve never watched it. As Stanley could always stand to have a little more respect put on his name, we’ve compiled just a few of the many ways that 2001 has influenced everything.

Just About Every Sci-Fi Film Since 1968

2001 paved the way for other action-free, philosophical, and bureaucratic stories about space-time and first contact with extraterrestrial life like Arrival, Primer, and Close Encounters of the Third Kind. Kubrick showed us that just because you’re dealing with the vastness of space, that doesn’t mean you can’t tell a small, contained story.

As there are entire books already out there dedicated to deep explorations of 2001’s impact on cinema history, you’ll have to settle for this article’s far more shallow dive into the directors it most affected. Steven Spielberg’s Close Encounters of the Third Kind is teeming with nods to 2001.

The cybernoir cityscape of Ridley Scott’s Blade Runner builds upon the antiseptic, well-lit aesthetic of Kubrick’s vision of the future and spins it out into its inevitable grimy, dystopian conclusion. And Christopher Nolan, who was instrumental in getting Space Odyssey restored and in front of a new generation of audience, is clearly one of the film’s biggest fans out there. His 2014 film Interstellar was nothing short of a love letter to 2001, even going so far as to send its protagonist into a similar time and space-bending wormhole.

While these and countless other members of director royalty have gushed on the record about Kubrick’s sci-fi opus and its effect on their impressionable young minds, no director has his feet more firmly planted on Kubrick’s shoulders than George Lucas. To his credit, the Star Wars creator makes no claims to the contrary about Kubrick’s influence on him, famously quoted as declaring 2001 “the ultimate science fiction movie.” But that statement is surprisingly restrained for the laundry list of Space Odyssey homages, borrows, and references to be found in ‘77’s Star Wars: A New Hope and its sequels.

Speaking of Star Wars, it serves as a good entry point into the myriad cinematographic benchmarks set by 2001 as it borrows them wholesale. First, there are the hazy, simmering shots of Tatooine that mirror Kubrick’s 4,000,000 BC Africa. Then there’s the now-ubiquitous planetary orbit shot that was clearly inspired by 2001’s “Blue Danube”-scored introduction to man’s first steps into the cosmos as various spacecrafts orbit a futuristic Earth (with a very Death Star-resembling bowl carved out of the surface, I might add). One can expect to see this shot about 40 times per Star Wars flick as well as in the Star Trek films and series’ and pretty much all other sci-fi content to come thereafter. In 2016’s Arrival, they pulled off a cheeky subversion of this shot with the alien crafts hovering over farmland rather than using black space as a backdrop.

Within the first few minutes of Episode IV, we see plastic models of starships gracefully floating through space. Again the parallels to 2001 are immediately clear. This similarity is in large part thanks to John Dykstra, an assistant to 2001’s head of effects leading the same department for Star Wars. The use of stunningly realistic models as spaceships inspired similar practical effects in Blade Runner and The Abyss.

2001’s space pod cockpit shots are filmed at a low angle to convey the claustrophobic, cramped feelings of the pilots, a shot that has been replicated ad infinitum (including in—you guessed it—Star Wars). 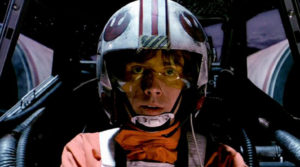 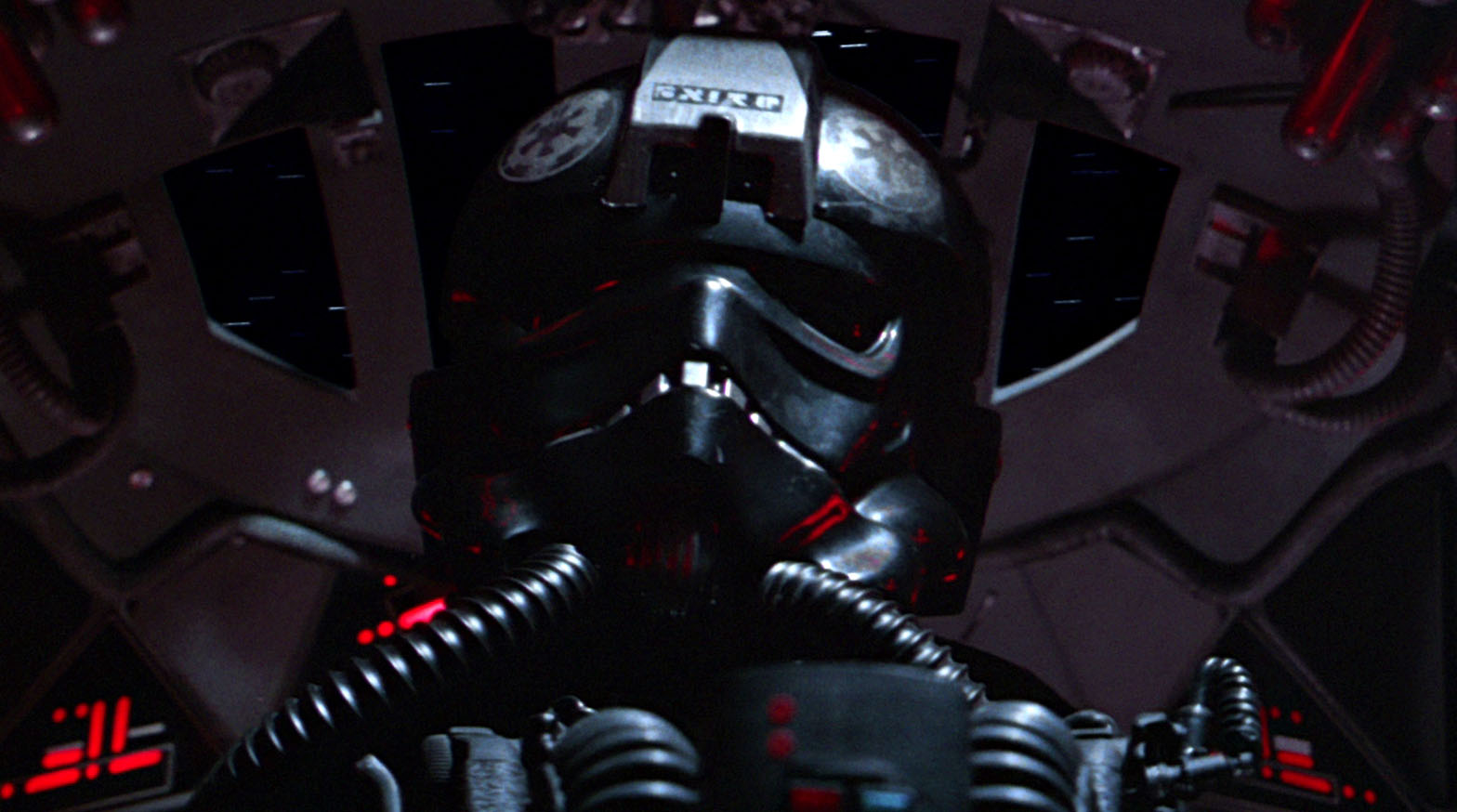 Even the graphic effects and sound design of 2001 is baked into the DNA of most sci-fi to come after. The Millennium Falcon’s jump to lightspeed is just a less colorful version of Dave entering the star-gate wormhole by Jupiter. The same effect would go on to inspire the bullet-time sequence in The Matrix.

By 1968, thanks to Isaac Asimov books and films like The Day the Earth Stood Still, most moviegoers were already familiar with the concepts of robots and automatons. But up to that point, not much thought had been given to the processing power behind their movements. Most movie bots were little more than subservient metal lunkheads. But in 2001, amidst the backdrop of the real-world explosion of computer ubiquity, Kubrick offered audiences their first taste of the sort of hyper-logical programming personalities that would be all around them in the future.

Kubrick’s HAL-9000 character shed the corporeal trappings of the robots audiences were used to. With HAL, society began its first steps down the road of normalizing the concept of abstract helper AI. HAL’s the progenitor of household names like Siri and Alexa who, despite their flaws of being too dumb or listening when they shouldn’t, are at least not plotting to kill us.

Though HAL wasn’t the first bot to assess that humans had to die for the greater good of his mission, he was the first mainstream malevolent movie motherboard to do so. HAL’s eerie flat affect and glowing red camera lens has since been parodied in pretty much every corner of pop culture. His emotionless attempt to take out the nosey crew of Discovery One opened the door for future computer system villains like Terminator’s Skynet, Horizon: Zero Dawn’s HADES, Eric and Cartman’s Trapper Keeper, as well as inspiring corporeal evil cyborgs like Michael Fassbender’s David from the Alien reboot/prequels and Alicia Vikander’s Ava in Ex Machina. Long story short, whenever you spot an on-screen computer using logic to justify exterminating humanity, that’s a nod to Dave. 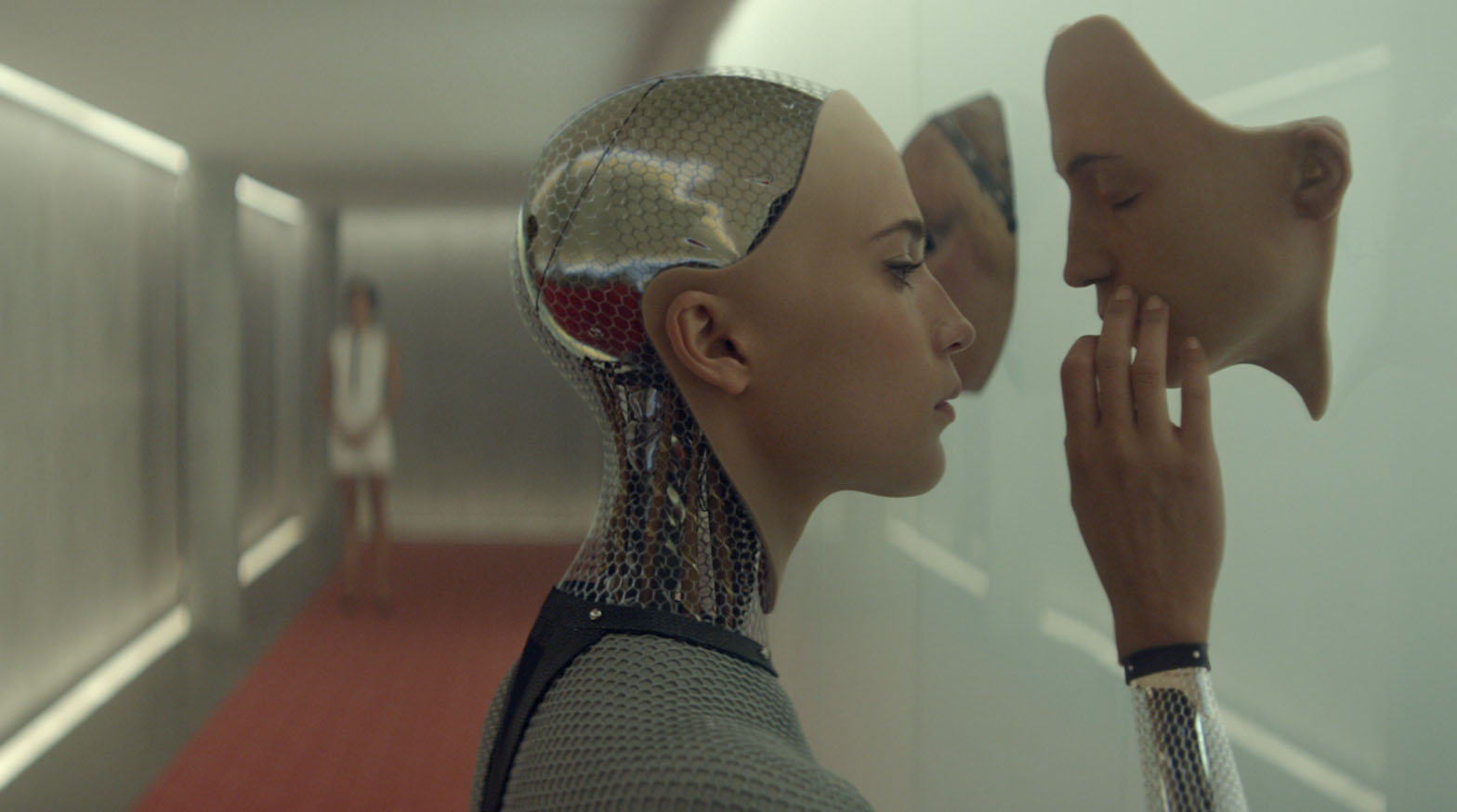 Kubrick initially planned to have an original score developed for the film but decided at the last minute to keep the now-iconic classical music he’d used as placeholders in the film’s final cut.

Today, one can’t hear Strauss’s kettle-drum banger “Thus Spake Zarathustra” without it immediately conjuring images of obelisks, rowdy apes, and space stations. The musical allusion has been used in everything from The Simpsons to Zoolander to the God-fearing VeggieTales who, presumably, don’t even believe in the evolutionary theories presented in the source material.

Kubrick’s decision to use pre-existing music in his film bucked the longstanding trend of scoring space flicks with original—and usually Theremin heavy—music. This had an effect that transcended film and musical genre, changing an entire element of cinema forever. When 2001 was released and other filmmakers saw and felt the emotional impact they could achieve by using familiar songs in unexpected places, it was nothing short of a revolution. Both Scorsese’s dad rock playlists and Wes Anderson’s twee mixtapes owe something to Kubrick’s 1968 disruption of film sound norms.

Other Tropes and Influences

When 2001 landed in theaters with such novel and jarring ideas, visuals, and sounds, it immediately spawned an entire catalogue of tropes and stylistic elements. Through decades of imitation, parody, and evolution, these original tropes have come to be seen as cliché. But to regard them as anything less than iconic is undervalue their genius. So, to close out this article, here are just a few other uncategorizable ways in which A Space Odyssey changed everything.

2001 was the first to correctly convey the lack of sound in space, though I’m sure a 10-year-old Neil deGrasse Tyson still found something to nitpick there upon his first viewing.

Any time a Dave is apologized to before an entity calmly tells him they’re “afraid [they] can’t do that,” that’s 2001.

The concept of a robot or program’s “voice” slowing down and dropping in pitch as it’s powered down comes directly from HAL’s demise in 2001.

Naming your supercomputer or killer robot the [Blank]-[Number] is a nod to HAL 9000 and has given humanity other cultural artifacts like the various Terminator models (T-600, T-1000).

Dave’s heavy breathing during his silent spacewalk to fix his ship’s antenna has been repeated in films like Gravity as a way to convey the tension, danger, and isolation of a trip outside of the safety of a ship and even inspired Darth Vader’s iconic respirator sound. 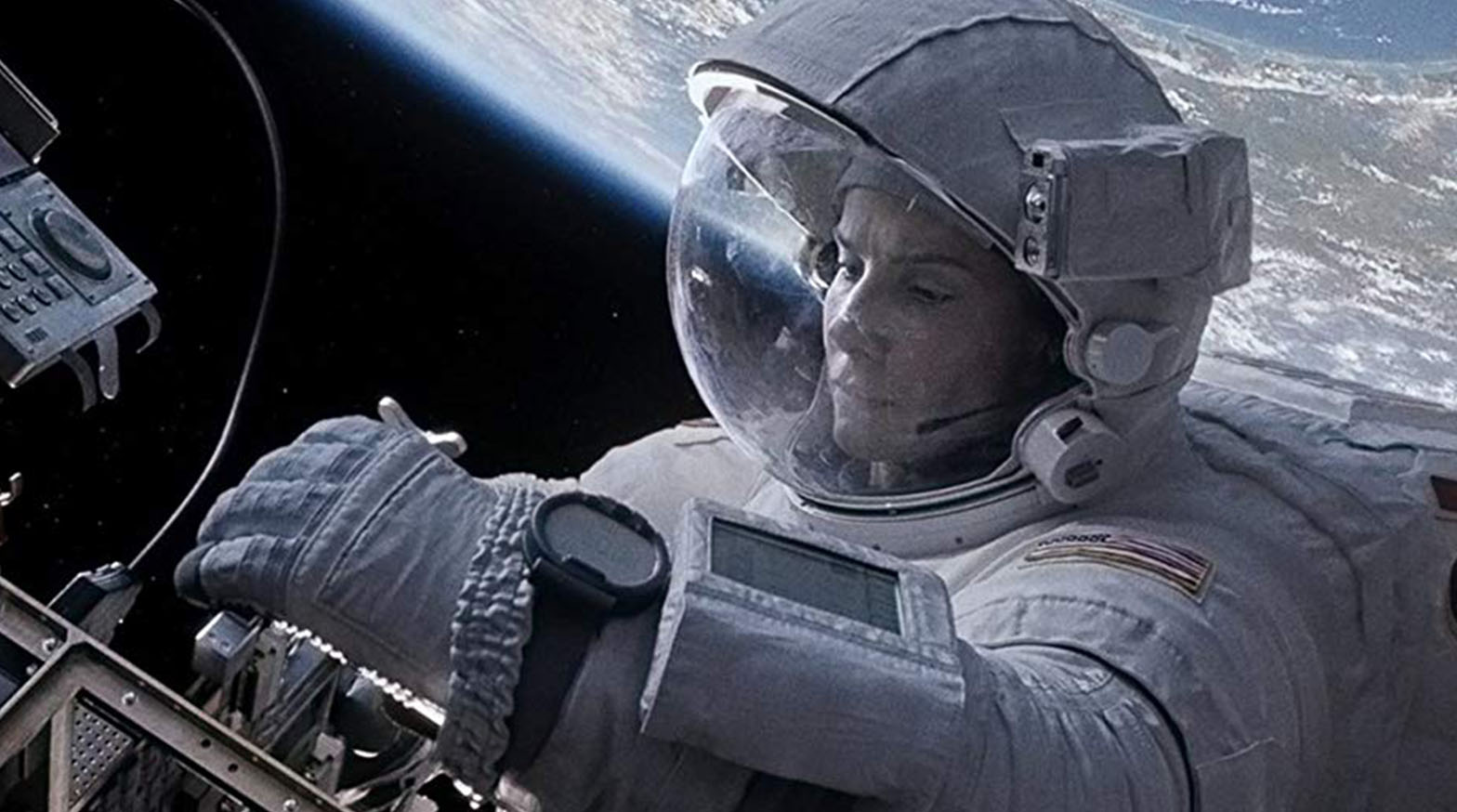 If you see a big ‘ol monolith looming over gobsmacked onlookers, be it made of a mysterious metal, chocolate, or whatever, you’re looking at a 2001 trope.

Oh, and to those of you reading this on an iPhone or iPad, just know that 2001 conceived of  those devices long before Steve Jobs had put on his first pair of dad jeans.

In fact, the copywriter who came up with the name for the iPod credits 2001’s “open the pod bay doors, HAL” line as his inspiration.

Finally, the very way we vocalize years of that aughts era is courtesy of Kubrick coaching the press during promotion for the film, not wanting his futuristic movie to be spoken of with an old-timey “twenty-oh-one.” That pronunciation format stuck. What I’m really trying to say here is, without Stanley Kubrick, we would not have the Black Eyed Peas lyric wherein Fergie calls us “so two thousand and late.”