If any of our stores is rife with symbolism, it’s The Hundreds San Francisco. There are so many hidden secrets and storylines within this shop that it’d be impossible to break ’em all down in one blog entry. So here are my 10 favorite attributes of The Hundreds SF. 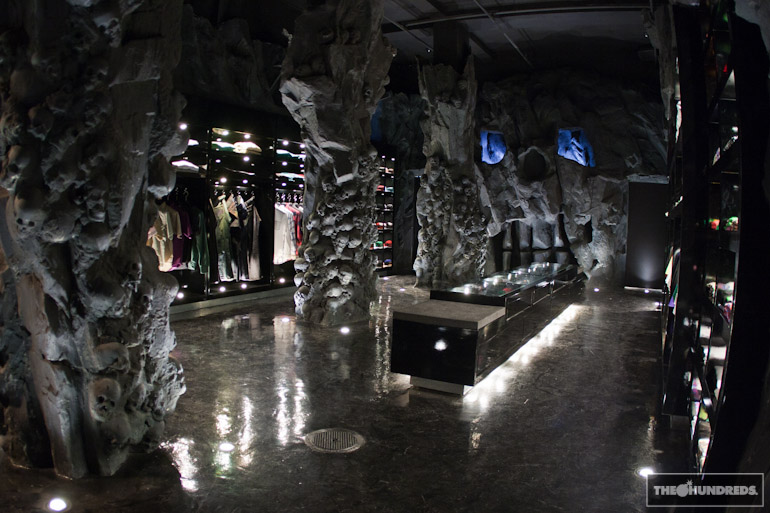 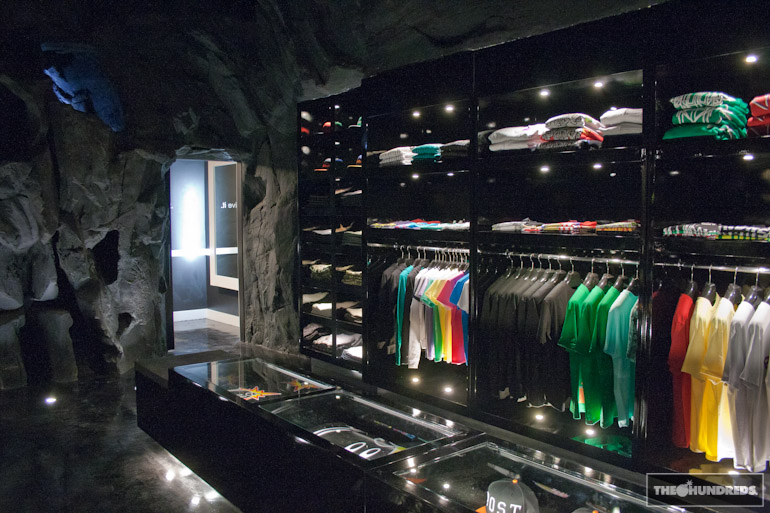 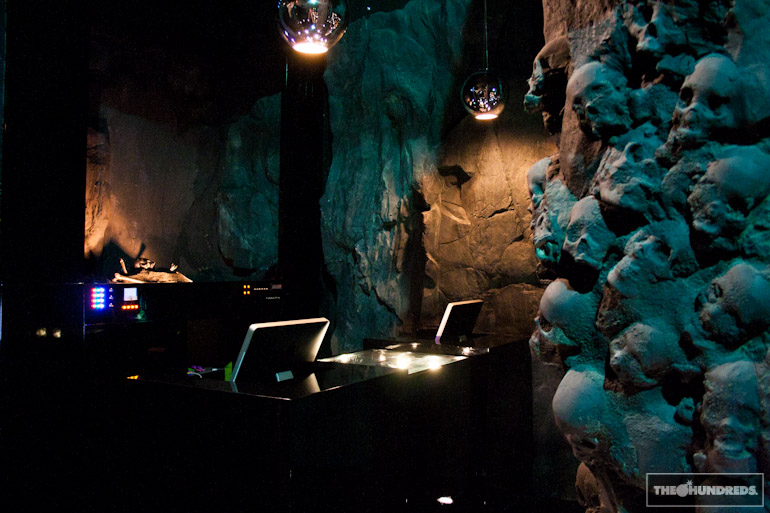 Our door opens-and-shuts faster than the main entrance to the Starship Enterprise, and sounds just as space-futuristic. And yes, it is literally bomb-proof, which is our subtle nod to our logo. Most days, the door just stays open, because we realized many customers are so disoriented with the steel enclosure that they figure we’re closed. So the days you get to actually see it in action, consider yourself lucky! 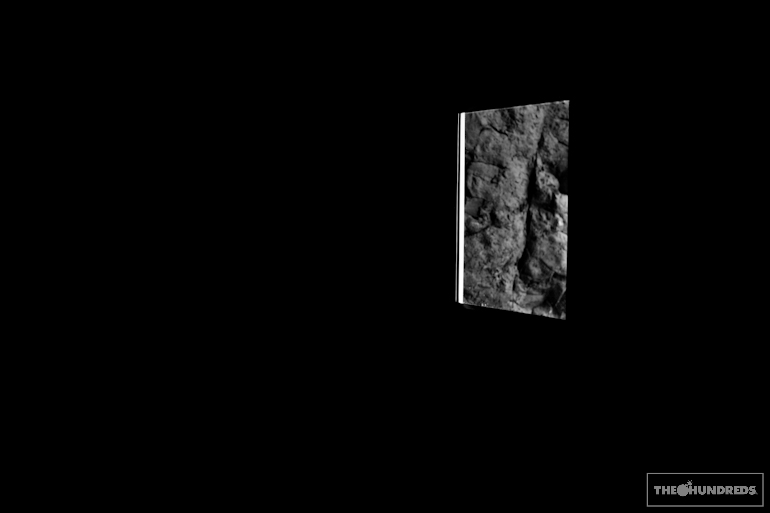 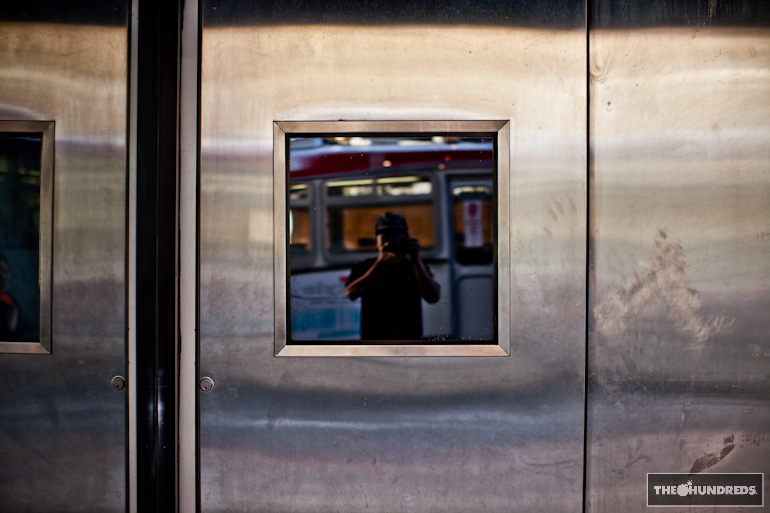 2) 100 fiberoptic lights embedded into the ground

Most everybody skips right over this, in every sense of the word. But at the entrance, there are 100 fiberoptic blinking lights hidden in the cement. They alternate colors and flash at random. 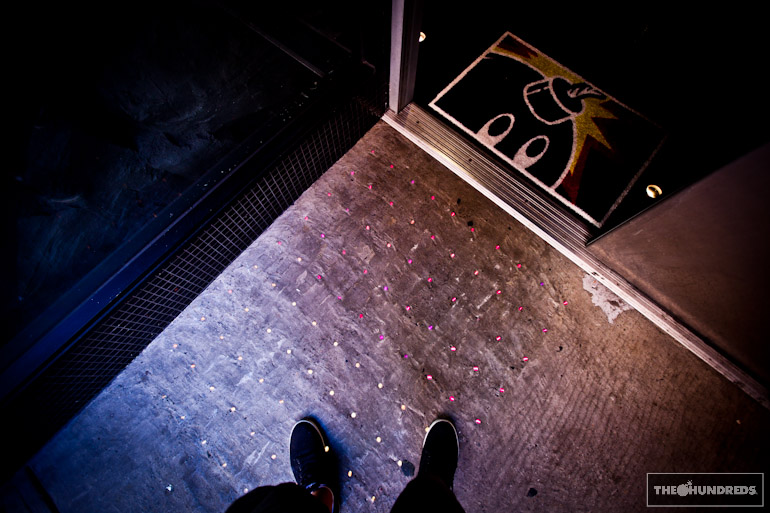 At the far end of The Hundreds SF is Skull Rock, which is home to Captain Hook. Seeing as The Hundreds alludes to the story of the Lost Boys, much of this store was built around the premise of Peter Pan’s adventures. This also includes the… 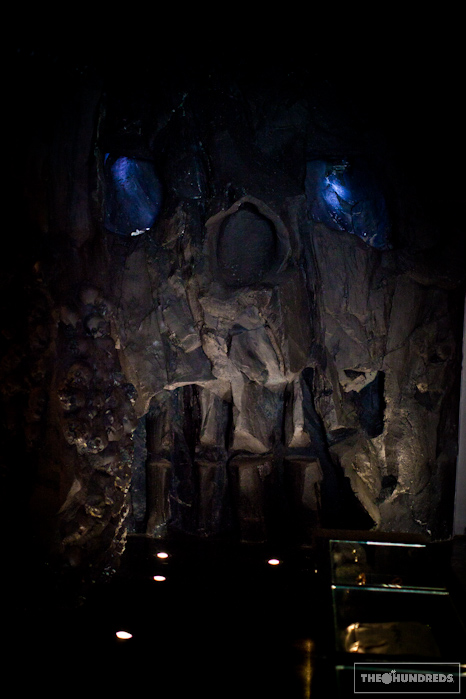 Instead of hanging the clothes on traditional poles, some of our key cut/sew pieces hang on tiny curved hooks, once again an allusion to Captain Hook. 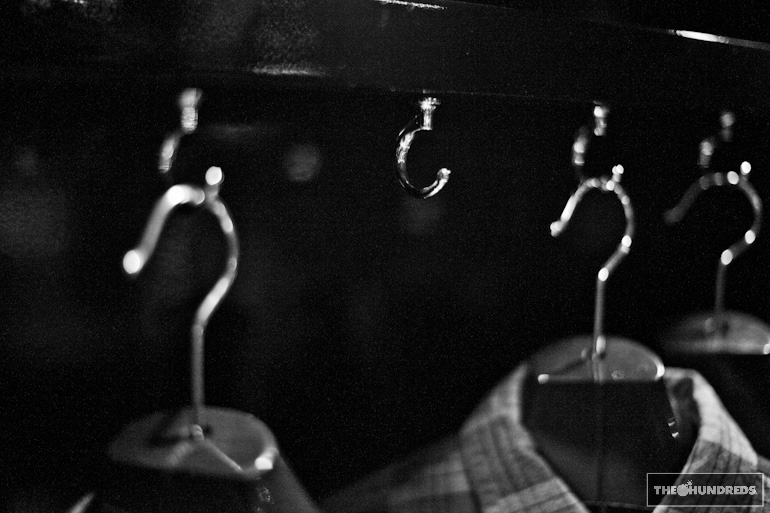 Another big inspiration for THSF was the Pirates of the Caribbean ride at Disneyland. So the floor was varnished with multiple layers of clear-coat to give off the impression of black water. And the showcase in the center of the store mimics a boat sailing through the caverns. 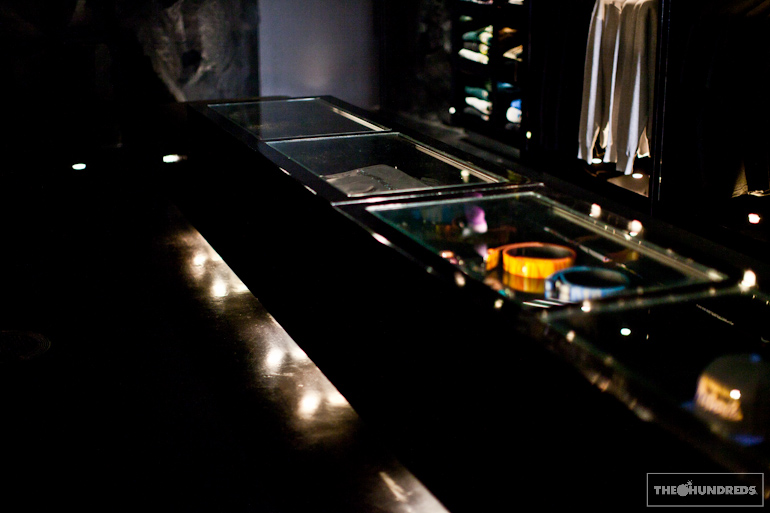 In fact, the entire store is supposed to give off the impression of an amusement park ride. The day we opened the store, we even played a CD throughout the shop that made it sound like a rattling rollercoaster was passing through the walls, with the accompanying riders screaming. 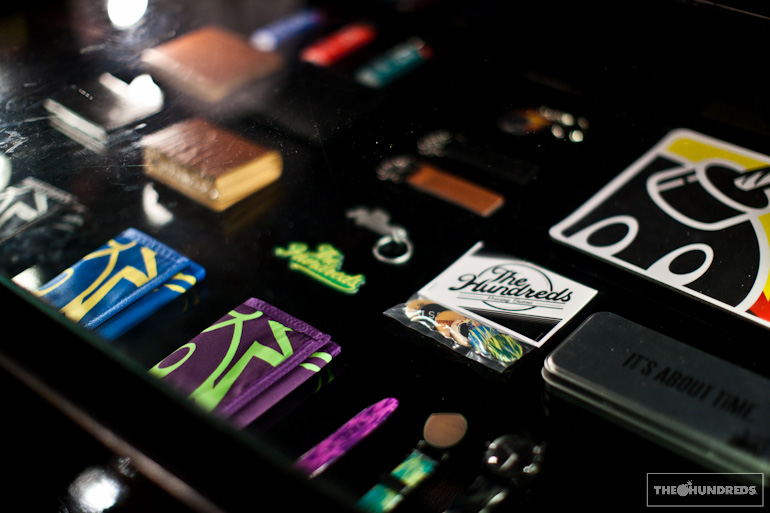 When we built The Hundreds LA, I made a little art installation out front on both sides of the entrance. It’s 2 sets of skeletons, and they represent Ben and I, and our souls being invested in the brand and shop. So that idea continued onto THSF with the skulls basically multiplying and taking over. However, this time the taken souls belong to all of you who have come along with us on this journey, and the generations of California Culture that are the foundation for our brand. So if you look closely, some of the skulls are wearing Locs, or you’ll see different types of skateboards to represent both the ’80s and ’90s, spray cans, etc. 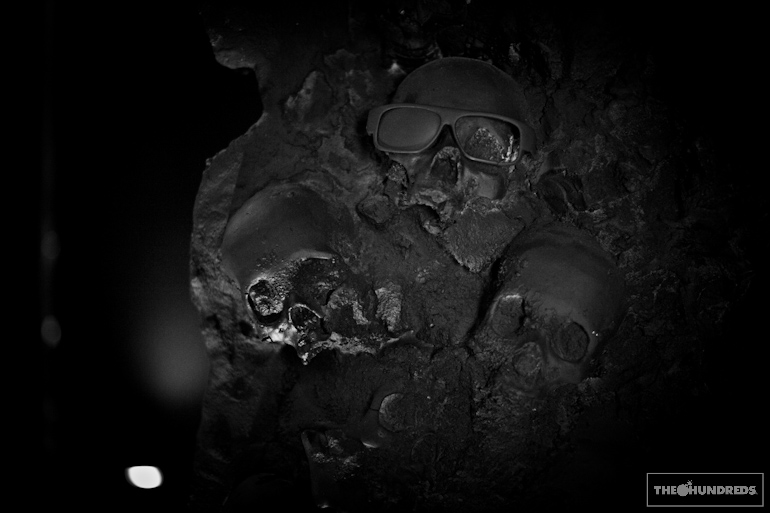 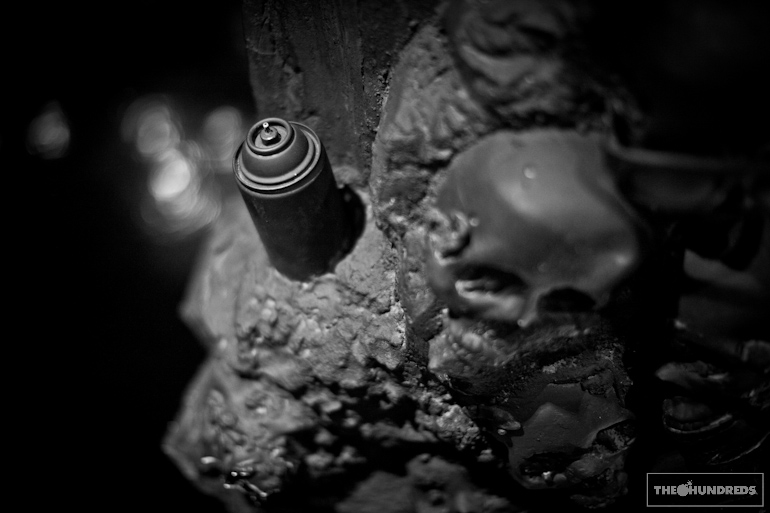 That goes without saying, that the entire store is encased in this beautiful black rock, that actually isn’t stone at all. In fact it’s cement, and the artisan who made the molds actually traveled up Northern California and went down into the original rock quarry where the California Gold Rush started. So you’re virtually standing in the same caves that ignited the mass migration out West over 100 years ago. It’s a loose metaphor for the streetwear gold rush of the time, and also a great story. 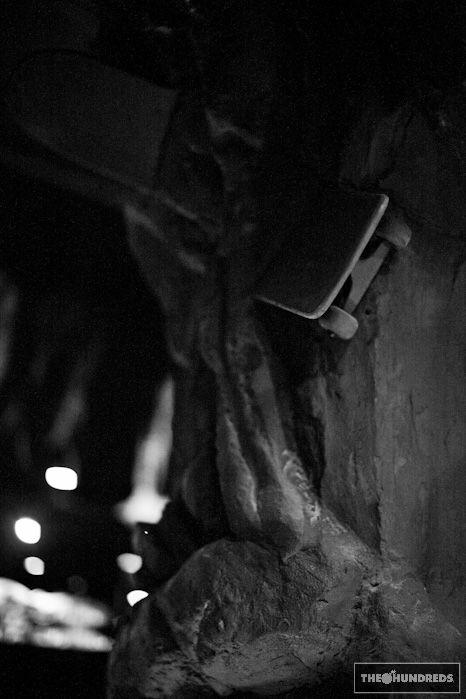 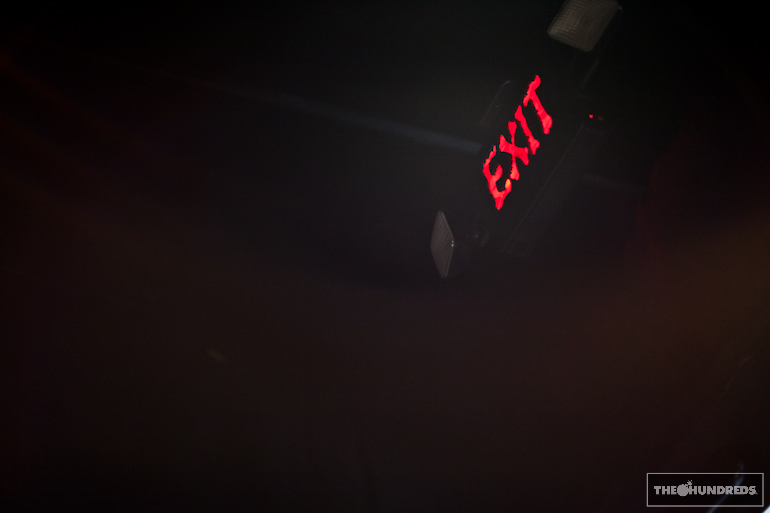 We, nor THSF’s architects, TylerSpencer, had anything to do with the cool spiderwebs sprouting up in the front window. But nature took it’s own course with this one, and we like the effect, so we’re gonna go ahead and keep it around. If that’s alright with you. 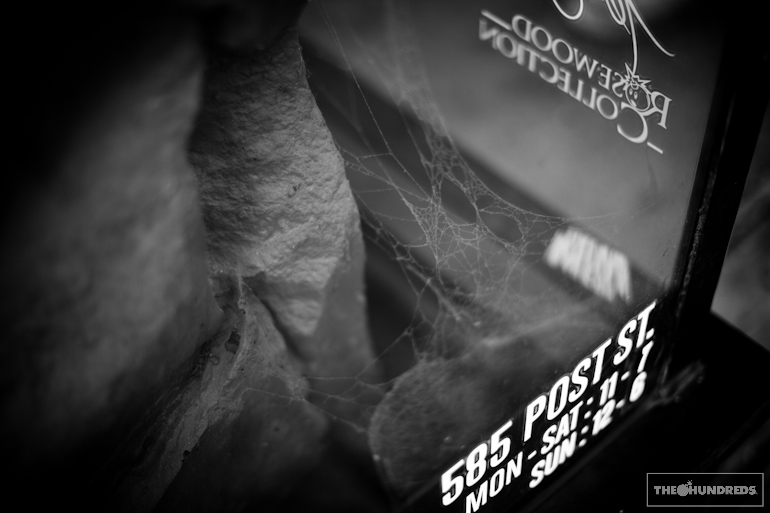