When all is said and done, a typical The Hundreds t-shirt takes over a year to end up on your back. Which means, yes, that we’re working on Spring and Summer 2009 as I write this (Look out for space-age turtlenecks and Viking helmet New Eras). It also means that a tee like our “Wax” t-shirt that you’re seeing for the first time has actually been in the works since March of last year. 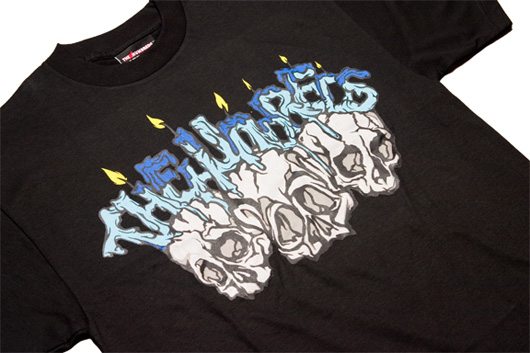 The process begins with a concept, at times inspired by something that’s weighing on my mind. At this time last year, we were bogged down with so much work and riding so hard on deadlines that I was thinking about the phrases “Burning Both Ends” (which ended up as the basis for another graphic) and “burning the midnight oil,” along with candle imagery.Candles, in general, are intriguing. Something that starts off as very stoic and pristine, but as it serves its function, morphs into this atrophied, disfigured shape. As it ages, it loses its beauty, but gains character… kind of a metaphor for life. So yeah, being a lettering guy, I wanted to write our name as if composed of dripping candlewax. I threw in some skulls to draw out the life/death connotations as well (and to win scene points). 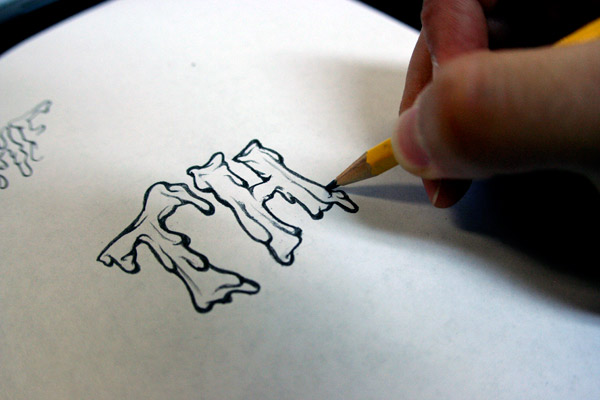 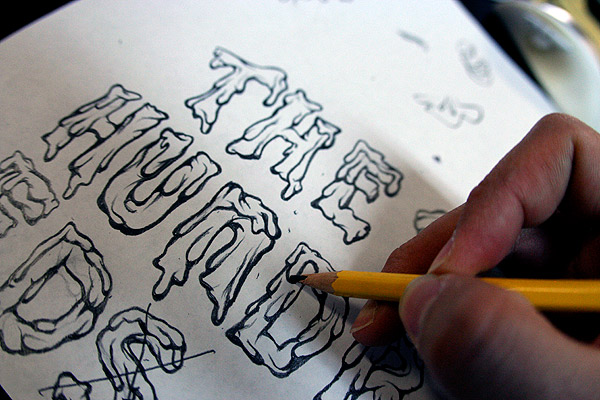 After sketching it out with a No.2, it’s time to manipulate the artwork through the computer. I hand off the roughs to Benjie and Vito to scan in and vectorize on Adobe Illustrator. After they spend a good 40 seconds chuckling to themselves about how they could’ve drawn it better, they do their job, and now the graphic can be colored, positioned, and prepared for silkscreening onto t-shirts. 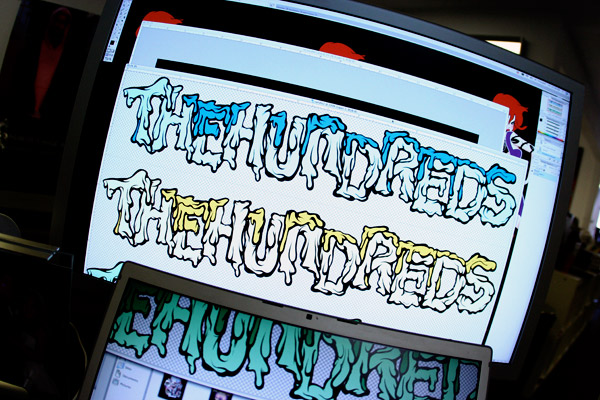 The silkscreening process is a story in and of itself, and a blog for another day. Colors are separated, film output, burned onto screens, inks are mixed, sprinkle some pixie dust with snips and snails and puppy dog tails, and voila. 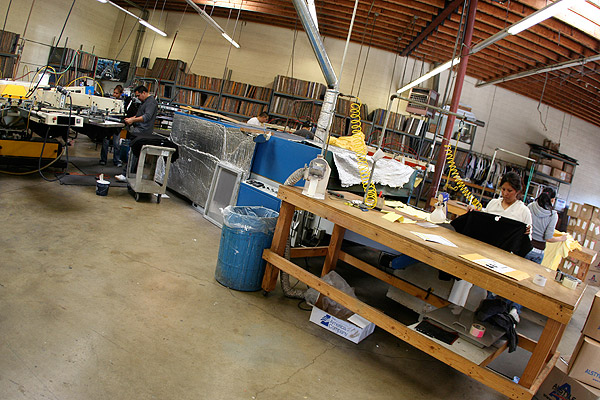 But this is just the sampling round. Once a workable salesman’s sample of the t-shirt is done, Scotty and David take it on the road to tradeshows like Agenda and Magic for months. At these shows, buyers for our worldwide accounts can peruse through the upcoming range and place their order. Then they get really drunk, and wake up the next morning in the back of a strip club. 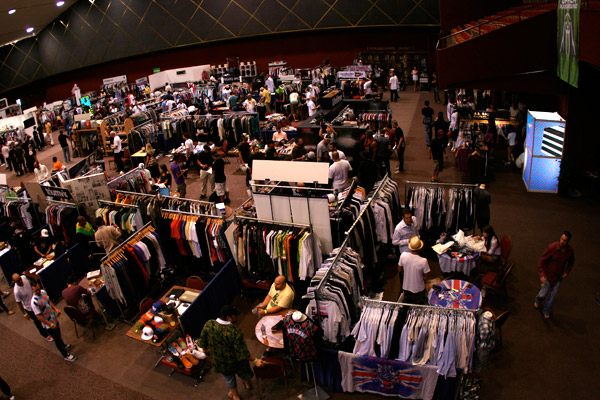 Once the orders are compiled, Ben looks over the numbers, and then Jon begins production. Months later, Drew and HBS Shipping wrap it up and send ’em out, the shirts hit your local boutique, you buy it, and fend off the throngs of scantily-clad women.

Lastly, I write up an obnoxious blog about the whole process. 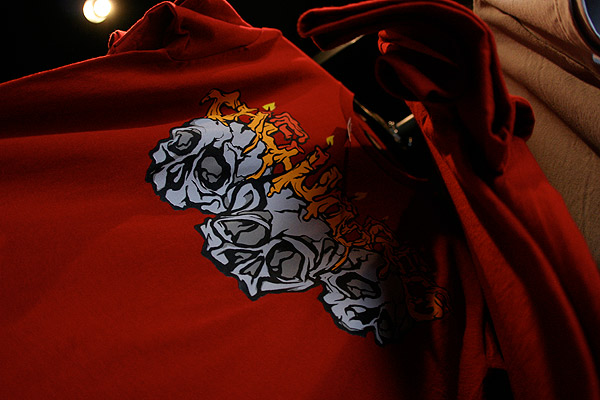