Dave Choe‘s warehouse needs a name. “Fantasy Factory” is taken but this building is a field of dreams. Gigantic trampolines and recording studios, mammoth inflatable penises and the world’s most oddball car collection, a podcast room and the best art everywhere. Land of Choe? Dave’sWorld? How about the Dave Cave? 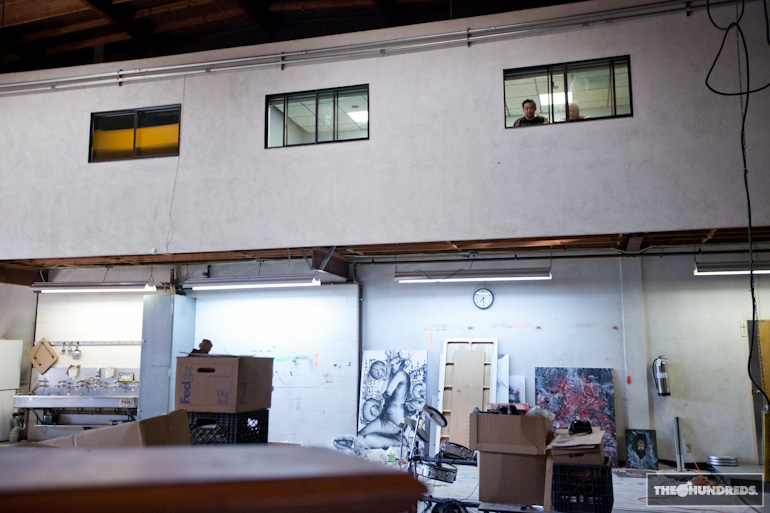 I forget what this crazy pulley/crane thing was used for before the artist moved into the Dave Cave, but it involved transporting heavy machinery or something. Regardless, Dave figured it should be re-purposed to send his friends flying through the air like bats outta hell. Friends like Ben: 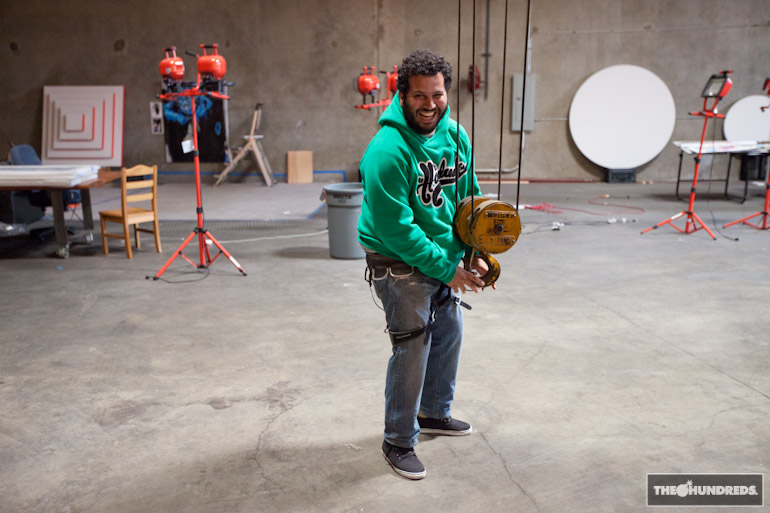 Dave went out yesterday to Sport Chalet and picked up that ghetto harness. We’ve just been strapping it around our waist and legs and hooking in the weaksauce carabiner. So far, it’s been working fine (as in no plummets to death). 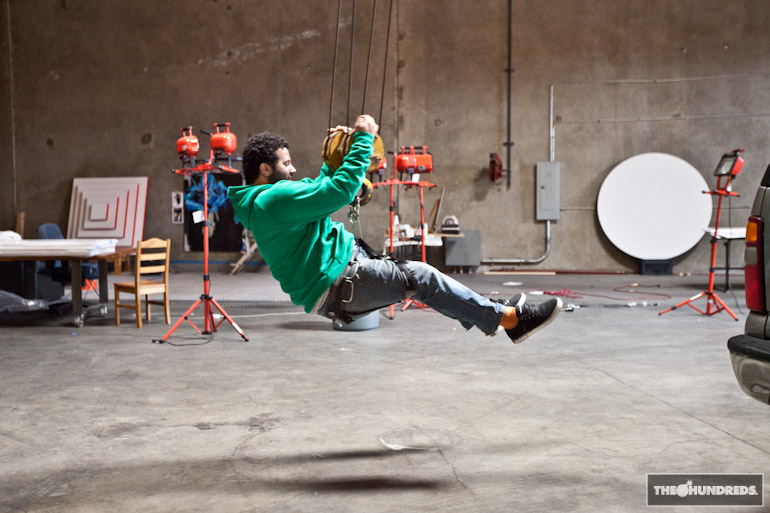 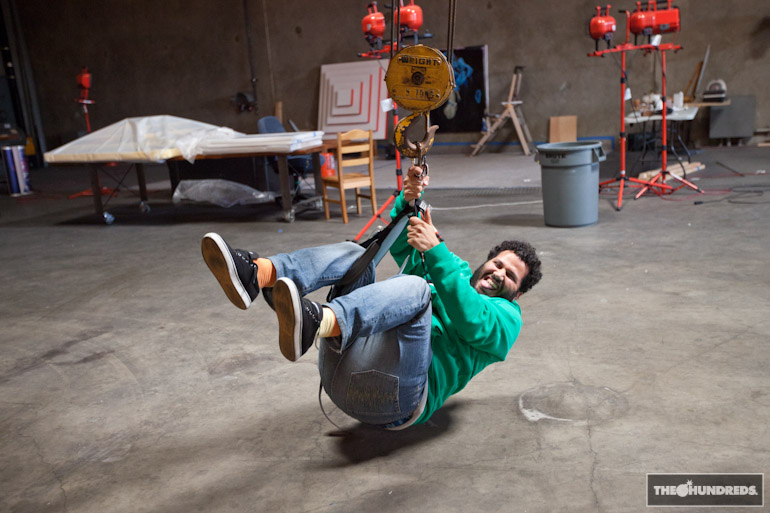 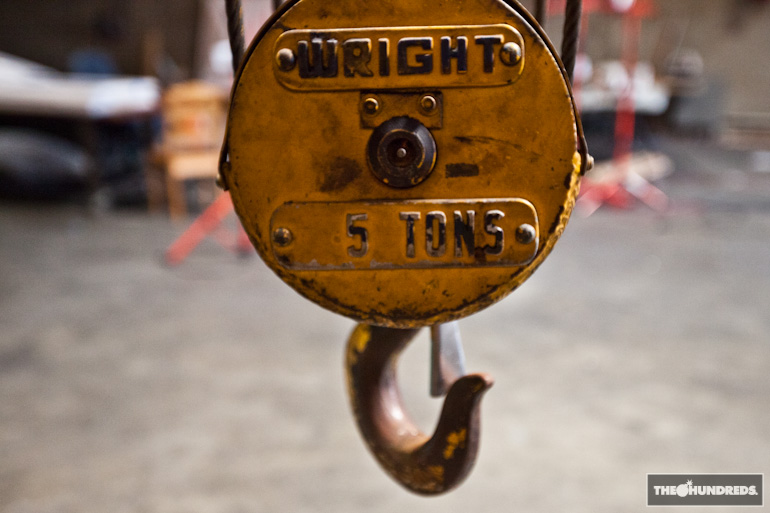 We re-harness Ben, doubled-up, and send him soaring across the warehouse, up, down, and all around. There’s a stegosaurus, because why wouldn’t there be a stegosaurus? This could be the most ridiculous photograph I’ve ever posted on the blog and I’m apologizing for it now. 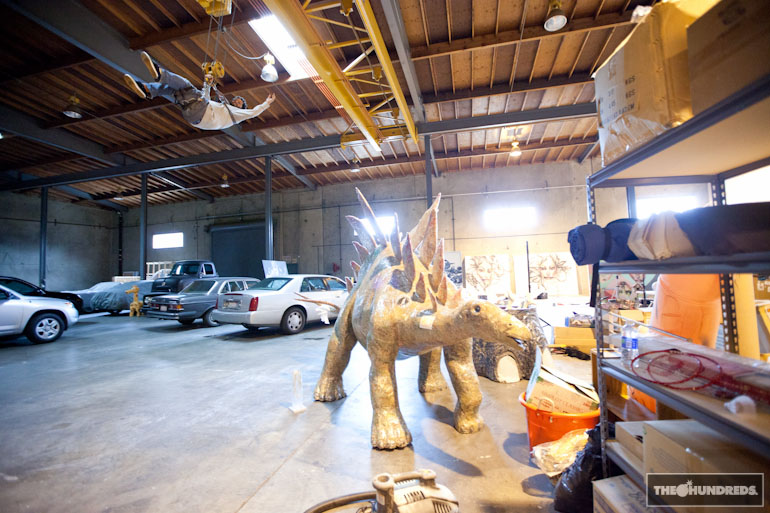 Ben’s starting to lose circulation to his everywhere, and now Joe To wants to play. 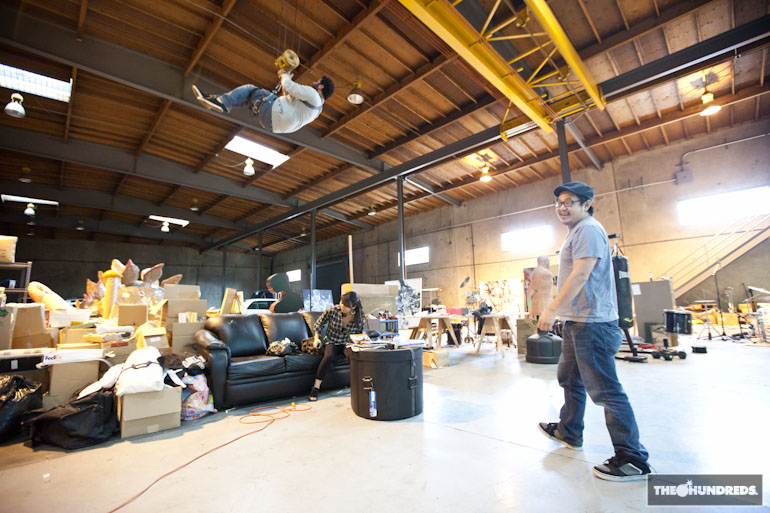 As if this whole game wasn’t experimental enough, we’re gonna see what it’s like to wear the harness backwards, so that Joe can Superman dat ho, and watch him crank dat robocop. 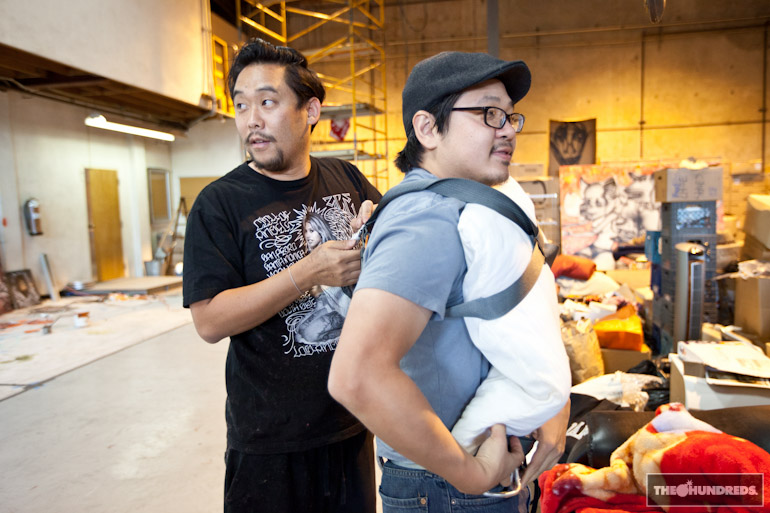 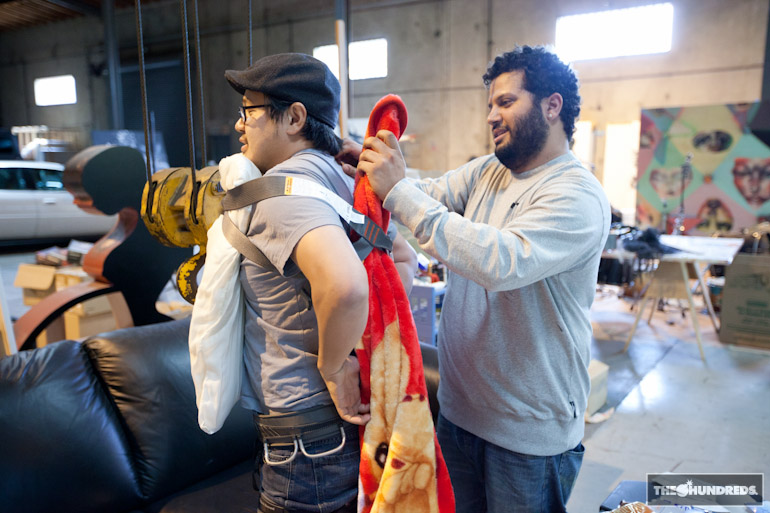 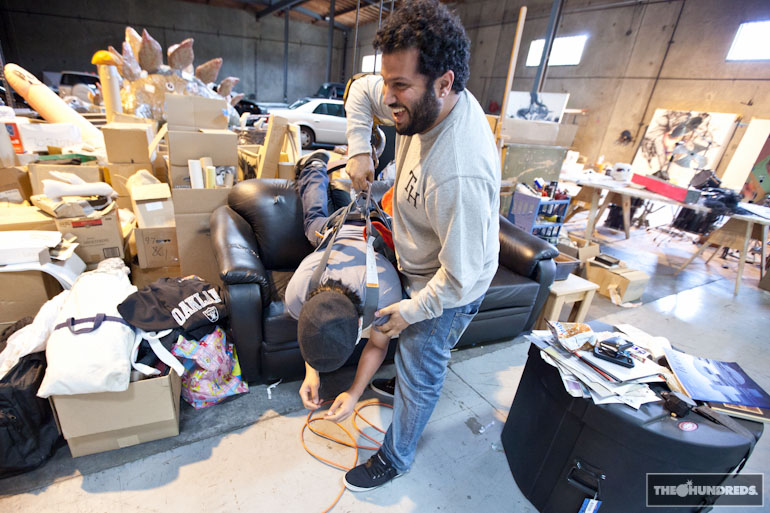 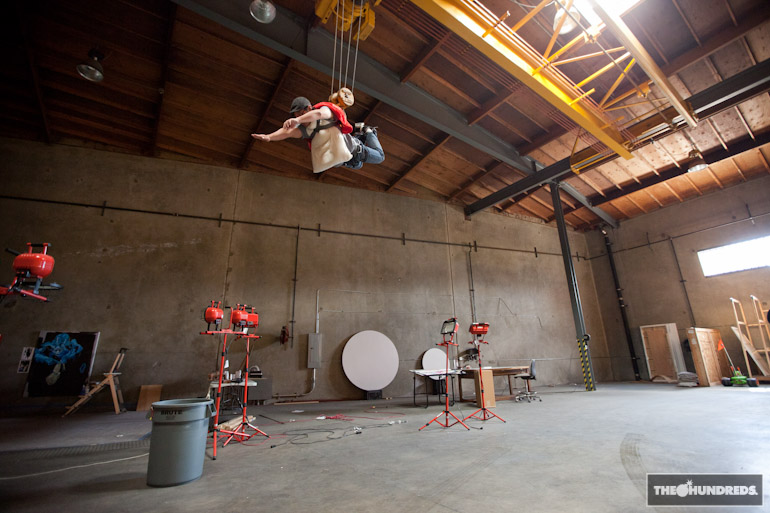 “Wolverine can’t be circumcised, because his skin will just grow back. Plus, there’s no way he can have tattoos.” – Dave 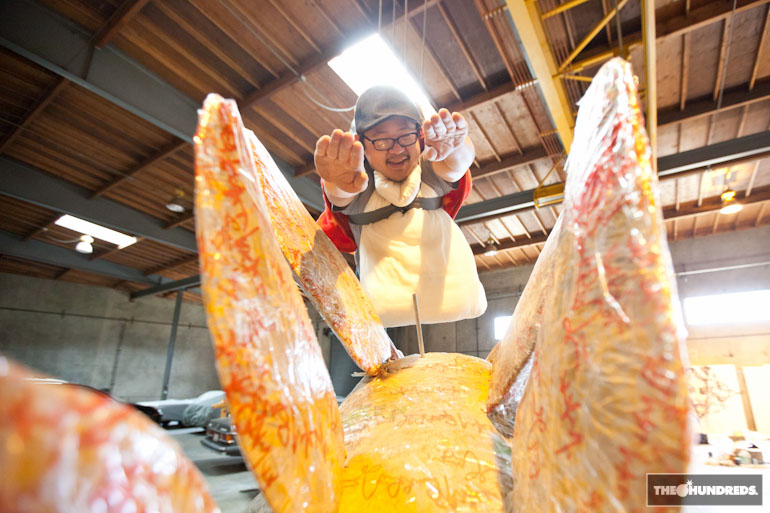 Dude, what is going on right now. 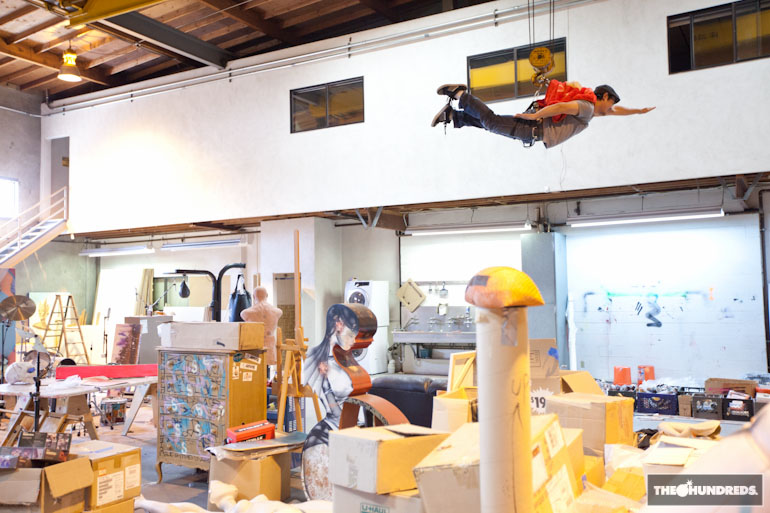 I always like to snoop around the Dave Cave, and I’m assuming you do too. 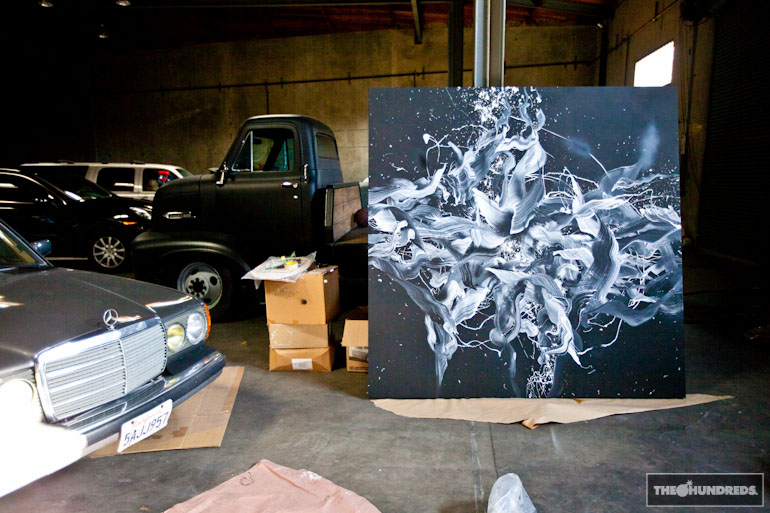 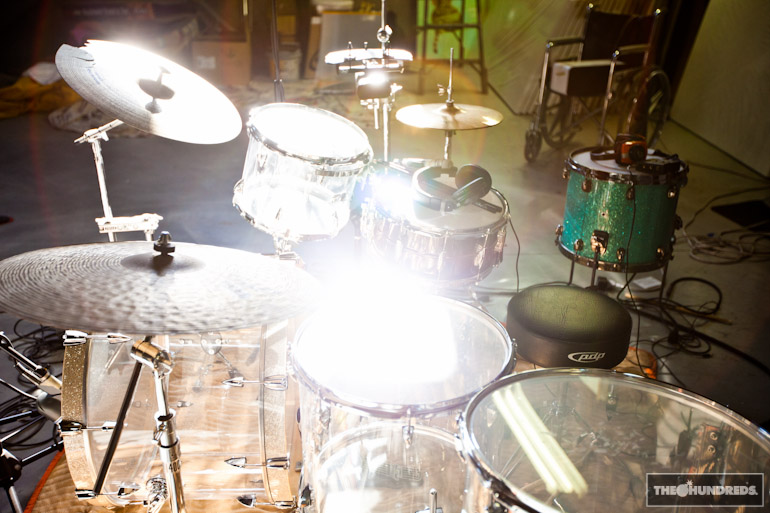 Here’s the recording studio. Some magic’s been going down in here lately with some pretty important music peoples (Hint: not Soulja Boy). 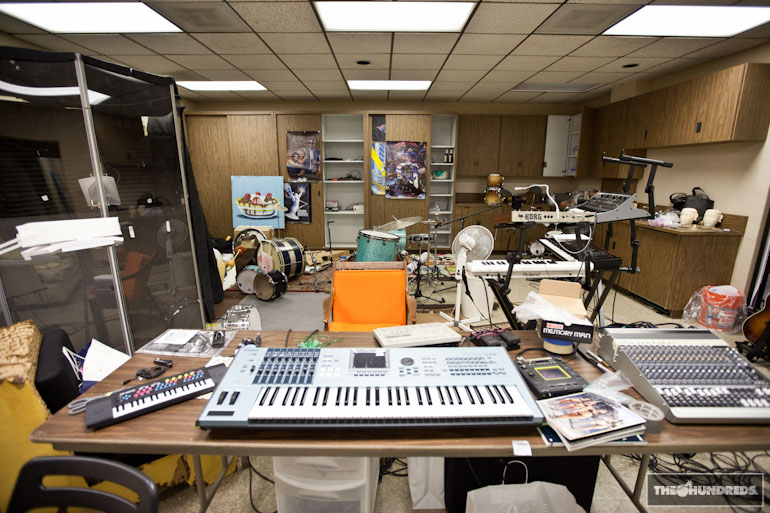 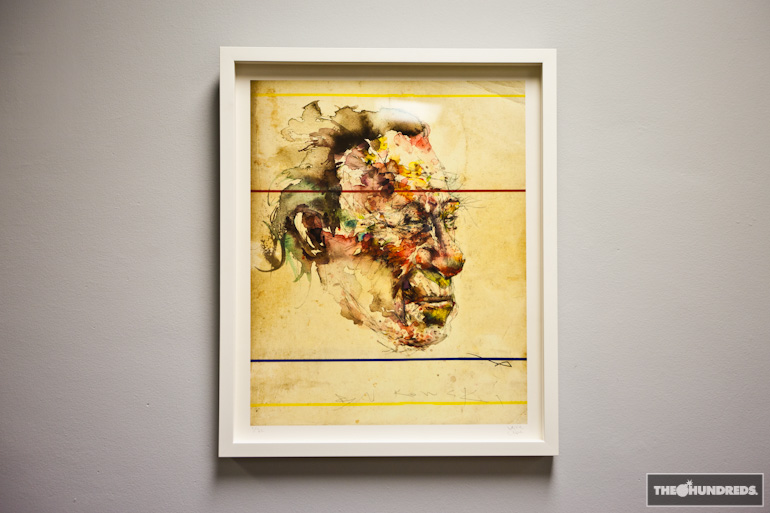 I knew we were here for something. Sometimes we have to act like grown-ups and do man things like have important business meetings. Meetings where we get to play with toys, eat junk food, and talk about Macau bath houses and comic books. 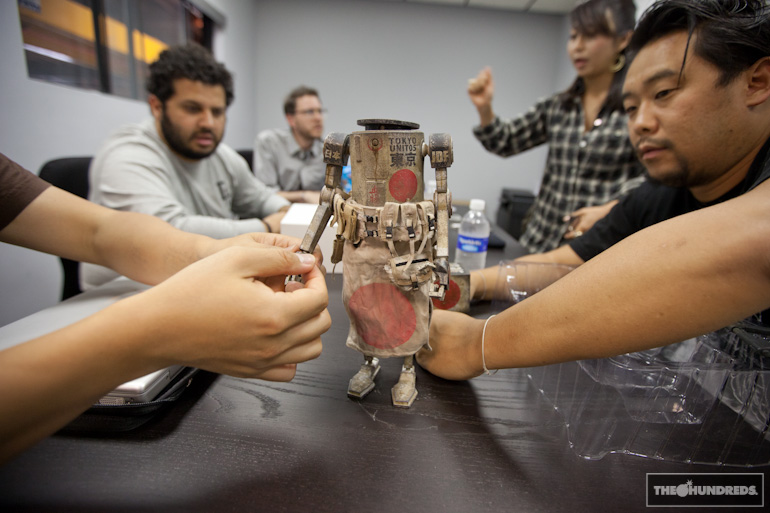