One thing I love about our San Francisco line-ups, whether at THSF or our annual warehouse sale (as we had this past weekend), is that our Nor Cal customers are so much more orderly and behaved, compared to the LA mobs. I’m not sure why, but the LA kids have a really difficult time with staying in line and not complaining about how everything sucks.. Up North? They’ll stand patiently in line for 5 hours in 50 degree weather. No complaints. Much respect (literally). 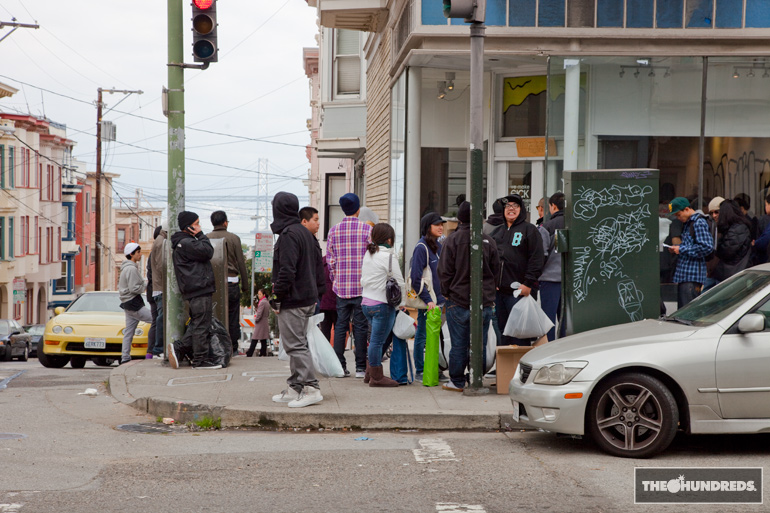 The first 2 guys in line for the first day of the SF Warehouse Sale got to the Medicine Agency gallery as we were finishing setting up… at 6pm the night before. A pretty daunting task, except you’re surrounded by water, wind, and fog in December.

Our annual warehouse sales in both LA and SF are a chance for both the hardcore TH devotees, and those who want to pick up a steal, to put in the time and score big. So for the most part, it’s a specific audience, either broke college kids or teenagers who don’t have the dough. I forget where these guys fall into the mix, but they were a lotta fun. 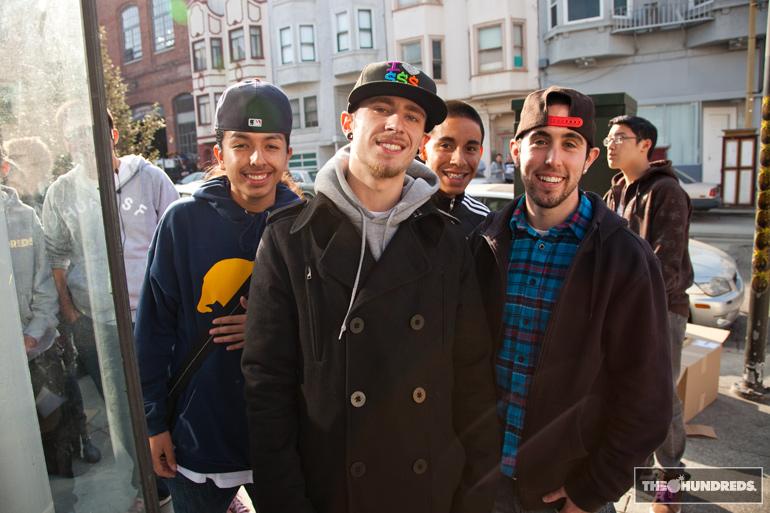 Another thing about the Nor Cal TH crowd is there are a lot more girls in the mix. Yes, many girlfriends (like the couple below) and sisters, but I met plenty of female TH customers shopping for themselves. And if they didn’t wear the clothes, they checked the blog daily, which I will now use as proof that I am popular with the ladies. 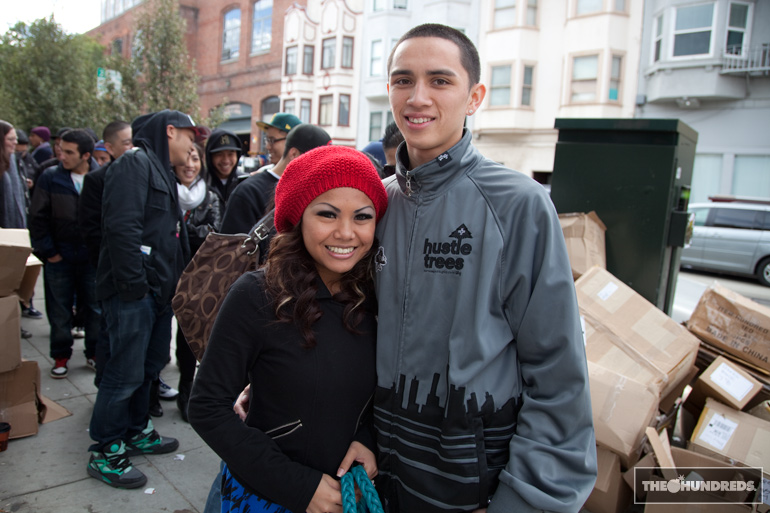 Because of the slightly younger crowd drawn to the Sale, we started playing this game called “OMG YOU WERE BORN IN THE ’90S?!” This kid was taller than most of us, but was born in 1996, which means he’s 13 years old. It also means he was only 5 years old when 9/11 happened.

Does he even care that Michael Jackson died?. I told him he has no right to even wear that shirt! But anyways, good kid, and good sense of humor. 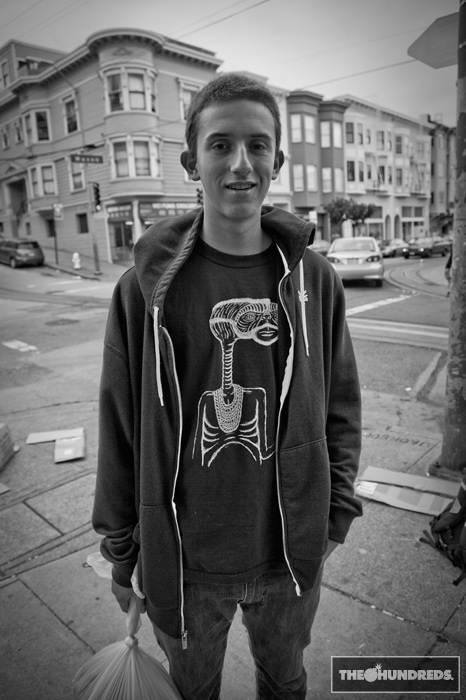 That second dude is my hero. 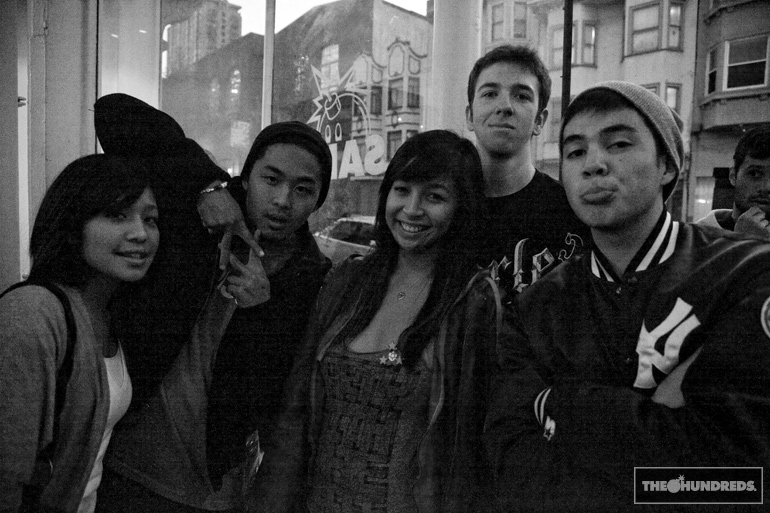 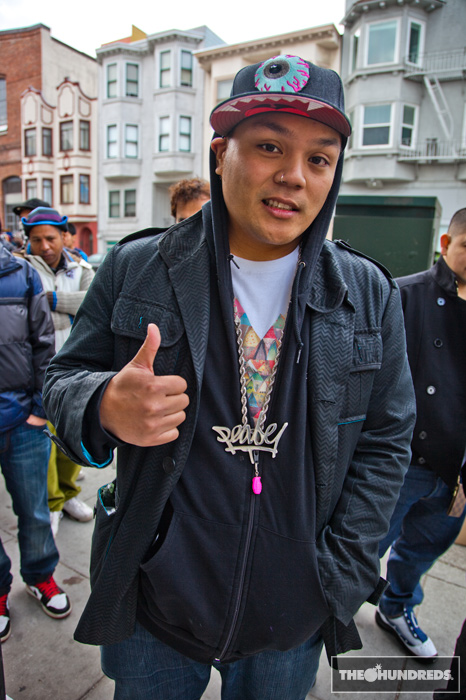 These two came all the way from Long Beach. His girlfriend was super rad and very patient with her man as he dug through boxes. We talked about style, she’s a fan of black. Next time, get the black Johnson Mids dude! 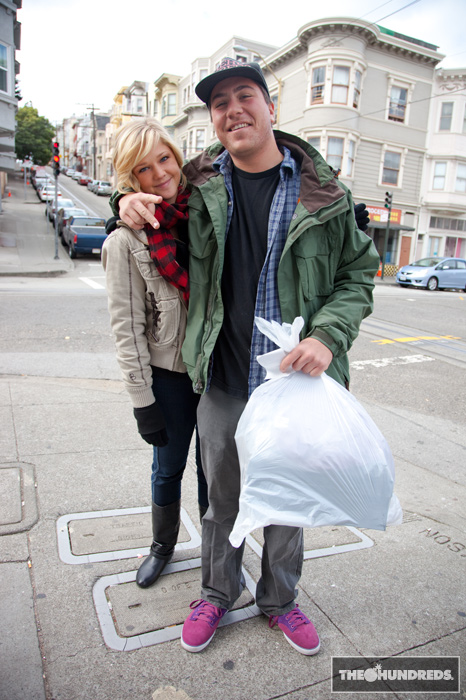 And these were the “interns” for the first night, who volunteered to stay afterwards and clean up. The girl in the middle’s name is Amber. 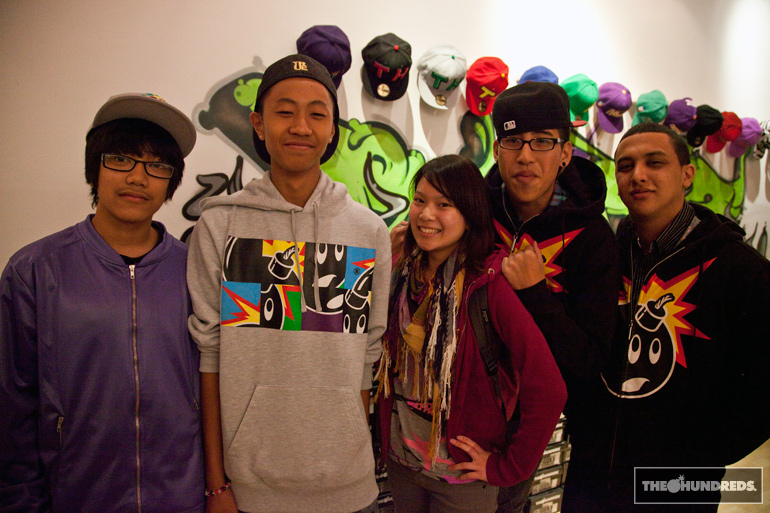