This is the story of The Hundreds San Francisco.

It took us a few visits to San Francisco to lock down a space we were happy with, but right when we saw it, we knew it was ours. Previously a uniform shop, the tenants before us had policemen and nurses as clientele. Our shop staff still see cops and nurses regularly, but for entirely different reasons. 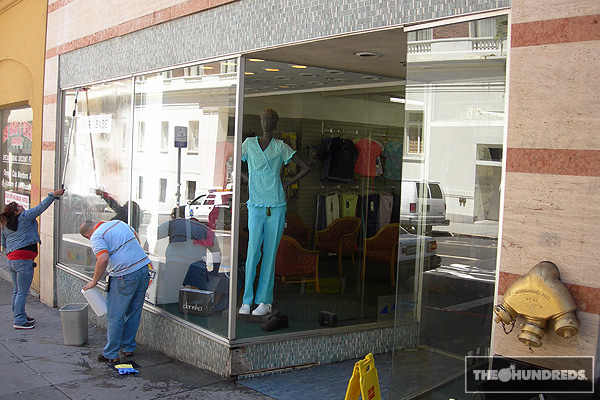 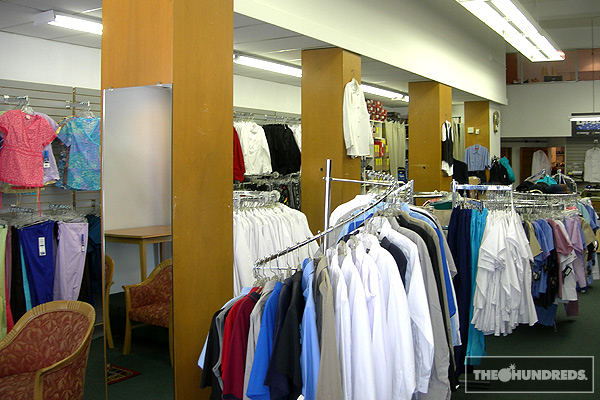 Of course, we went back to Tyler and Spencer, of the respected design firm TylerSpencer , to ask for their expertise in the buildout.

After coming through with the first Store in L.A., Tyler and Spencer knew they had to up the ante for the second go-around. So they brainstormed a vision that took our original premise for THLA and evolved some of its key elements, while also involving a new themed experience.

The second chapter of our retail saga. 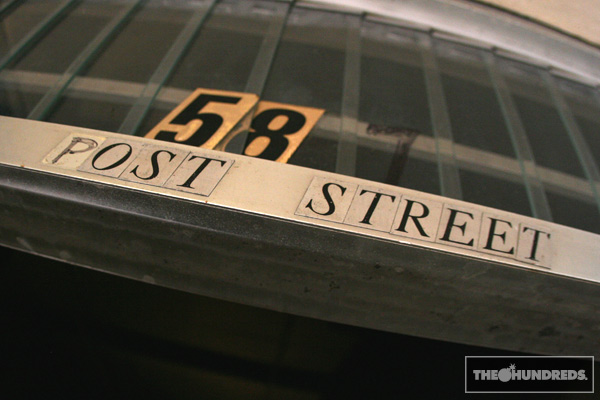 Because THLA was wrapped in a custom-made wood buildout, Tyler and Spencer proposed a new material that we had personally never seen throughout any other store: Rock. Molded from the walls of the original quarry where the California Gold Rush started over a century ago (the reasoning may be obvious), the rock was to create a cave-like experience that recalled dramatic overtones of mysterious adventure. 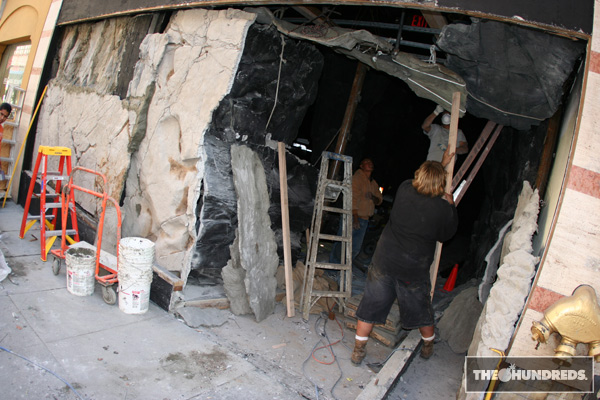 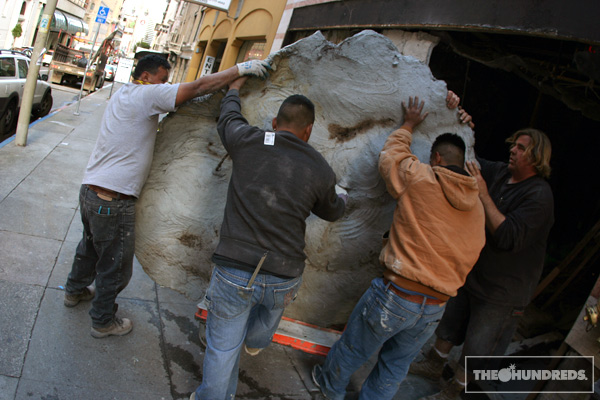 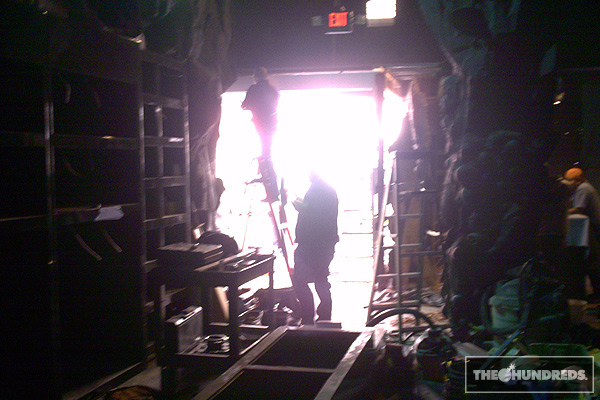 Inspired by a hodgepodge of classic cinematic tales like Indiana Jones, 2001, and the Goonies, the goal behind the space was (kinda) simple. To create a store that mimicked the feeling of going on an theme park ride, instilling nostalgic memories, providing a retail experience like none other, while maintaining brand integrity. 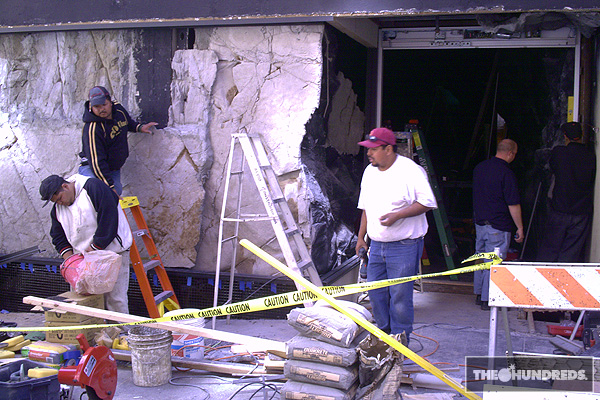 Of course, the color black is the recurring theme throughout The Hundreds, and is once again repeated through a variety of materials and textures in the store. The skeleton/fossil installation at our first store also blossomed into the overwhelming theme here at THSF. The pillars are engrossed with skulls, referencing the Catacombs of Paris. In the back, the mountain of rocks has evolved into the face of a skull, an homage to “Skull Rock,” Captain Hook’s sanctuary in the Peter Pan story (remember? ), considering the parallel between The Hundreds and The Lost Boys. 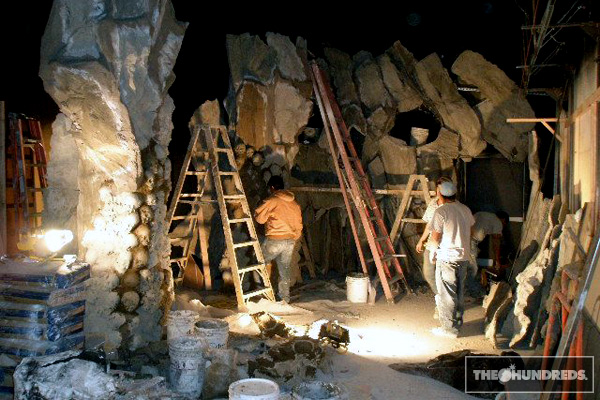 After this photo was shot, the floor was coated with several layers of high-gloss to give the illusion of black water. The central showcase was also installed with lights fixed underneath, thus appearing as if floating through the shop. 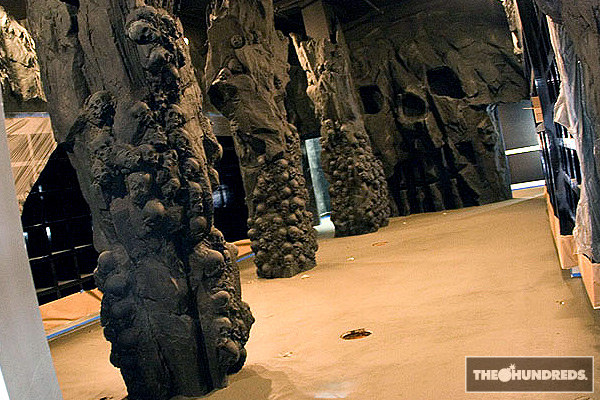 We’ve also hidden some little secrets throughout THSF. Archaic ruins of the cultures that are ingrained in The Hundreds, are also enmeshed in the store’s fabric. I’ll elaborate on some other secrets as time moves on. 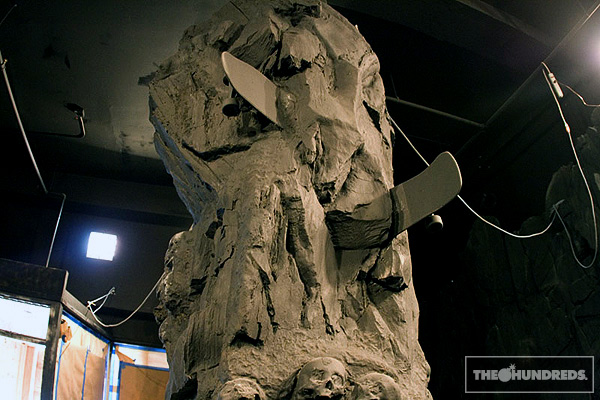 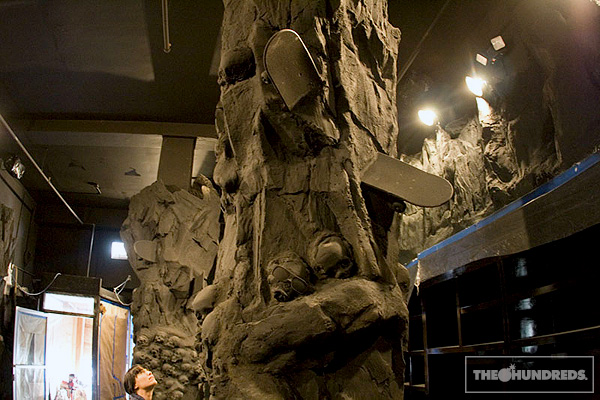 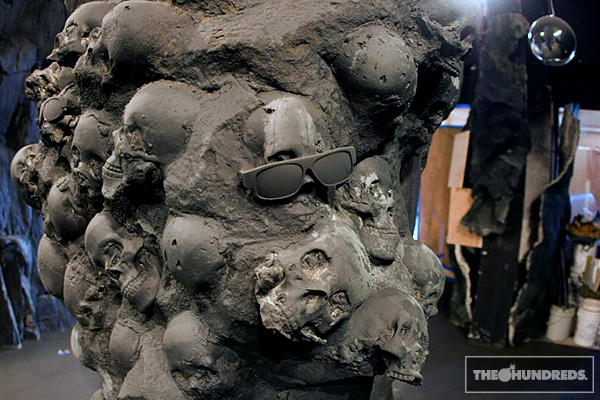 Although much of THSF portrays an ancient vibe, TylerSpencer also successfully incorporated a futuristic emotion by pulling in sleek materials, metals, and light fixtures. The result is an unexpectedly successful formula of old and new fabrications, to work with the notion that The Hundreds is inspired by the past and also setting the pace for the new. Neither here nor there, a truly timeless brand. 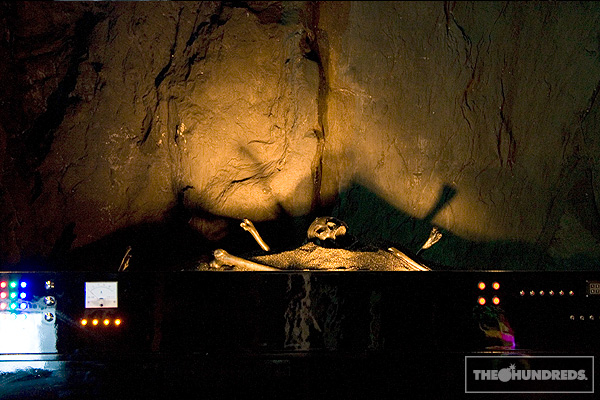 This was the installation of the literally bomb-proof sliding laboratory door. It even makes that cool Star-Trek sound when it whips open. 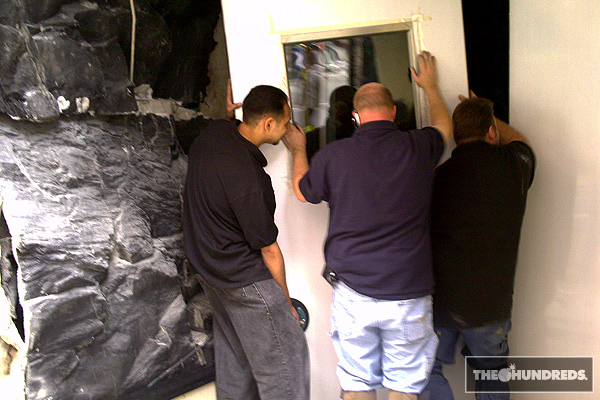 The dressing room is a jarring departure from the rest of the shop, as if you’ve stepped through the looking glass and entered an odd, sterile dimension. The glowing orbs are an allusion to the Skull Rock’s glowing white eyes. Not that you’d ever guess that. 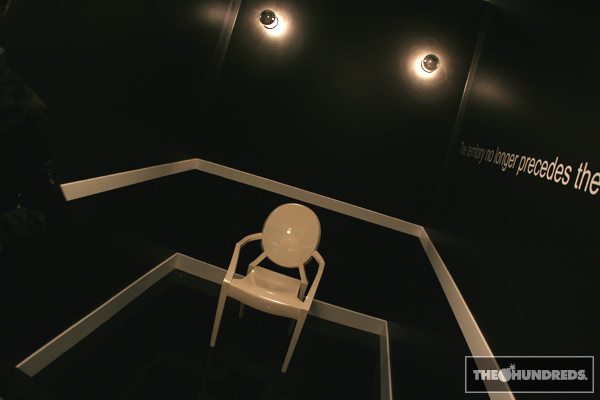 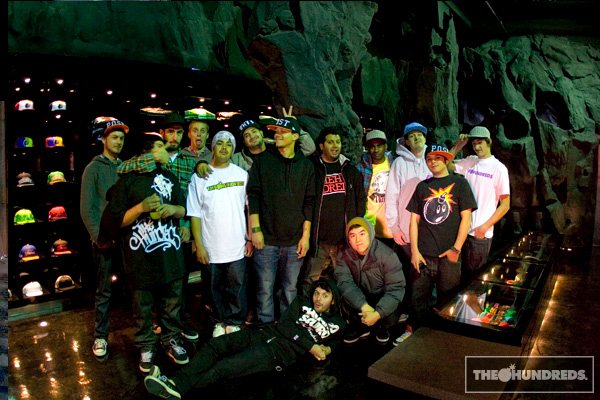 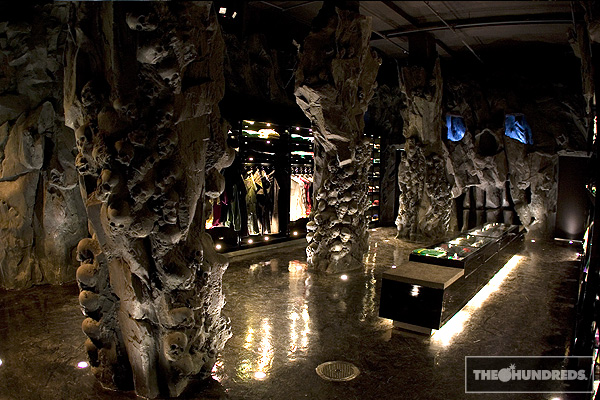 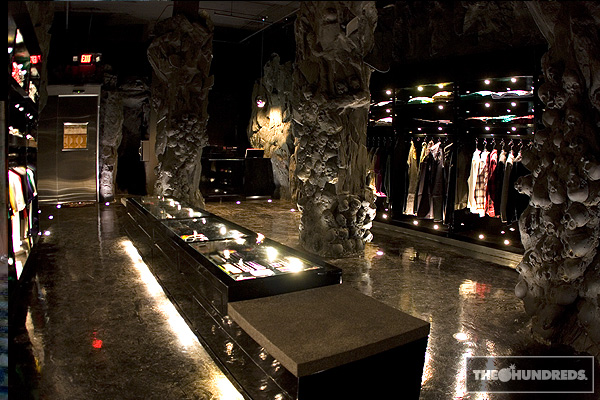