I have so much mahalo for our friends and family in Hawaii who came together to celebrate this The Hundreds Hawaii collection with us. It was one of the most memorable weeks for the crew, and it only cemented the love we have for this place and why we continue to bring you this special project year after year.

But you know, Hawaii isn’t all just sunshine and palm trees. There has always been a tension here between the locals and outsiders – the tourists and non-natives – that can be traced all the way back to the U.S. government’s part in stripping the Hawaiian peoples of their land. Whereas the U.S. tries to atone for similar treatment to the Native Americans with reparations, those of Hawaiian blood still don’t see a dime. To add insult to injury, mainland tourists often don’t treat the islands or their people with the respect they deserve, come here to take, take, take, and return home fat and happy off the Hawaiian land.

When we first introduced the idea of The Hundreds Hawaii last year, there was immediate push-back from select locals who shared these anti-outsider sentiments. And I couldn’t fault them for that. I know what it’s like for opportunists to capitalize off my trade or my culture when it’s profitable, and then ditch it at the first sign of trend’s downturn. Furthermore, The Hundreds has been accused of the same in the past, whether it be from streetwear purists to skateboarding forefathers. Only after you pay your dues does the angry mob extinguish the torches.

This summer, that tide of discontent swelled larger as the popularity and excitement around The Hundreds Hawaii multiplied. Certain Hawaiians called out, “What are you doing for Hawaii besides making money off it?” I guess it really depends on how you look at it. The entire objective of The Hundreds Hawaii was to do something special for our retailers, partners, and fans in Hawaii, that would be exclusive to them. They make that extra dollar that stays in Hawaii. They get access to product that can’t be found anywhere else worldwide. We don’t create a collection like this for anyone, so the idea of a Hawaii-exclusive collection in itself is a way to show our mahalo. Plus, we try to spend the weeks around the project educating our community on how much Hawaii has to offer, spotlighting the personalities and brands that are progressing the culture not only for this small, looked-over terrain, but for the entire world.

We love Hawaii, have a respect for Hawaii, and we want to share that with everyone on the outside. So far, our family here have seen it and supported us, so maybe the doubters will follow suit. Or maybe not. Regardless, we will work hard to pay those dues over time, and to bring you The Hundreds Hawaii at least annually (if not more frequently!) to show some real ALOHA. 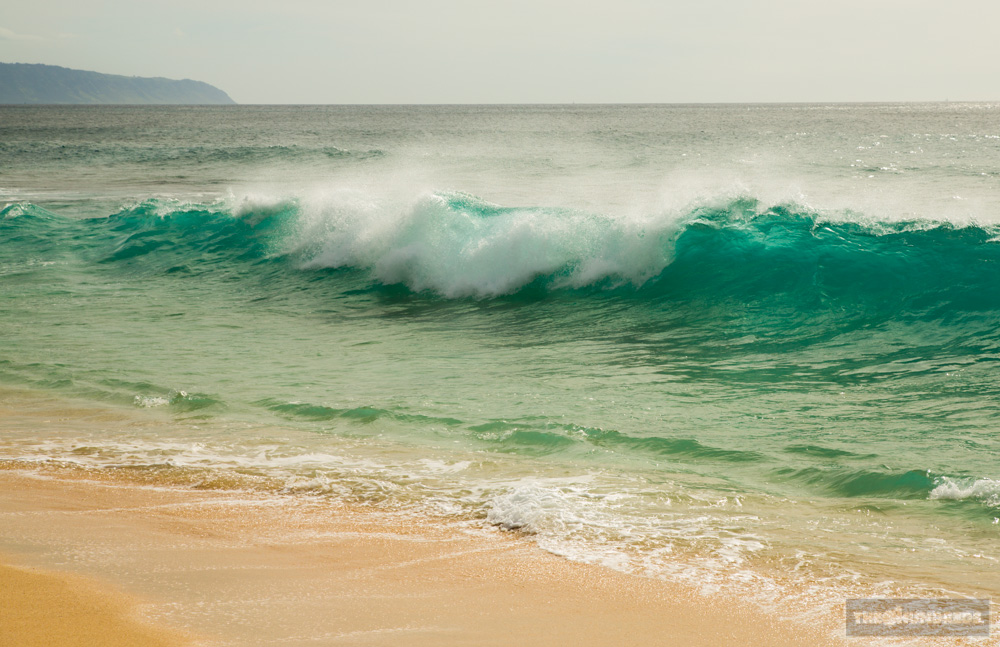 First off, gotta show love to our immediate ohana for the week: Patrick, Scotty iLL, Austin Carlile of Of Mice and Men, Ben, Honrdog (kneeling)(also the guy who’s shooting all the video)(also a horndog)(also a psychopath according to this picture), and not pictured, Tal Cooperman and Baby D are The Hundreds IN Hawaii: 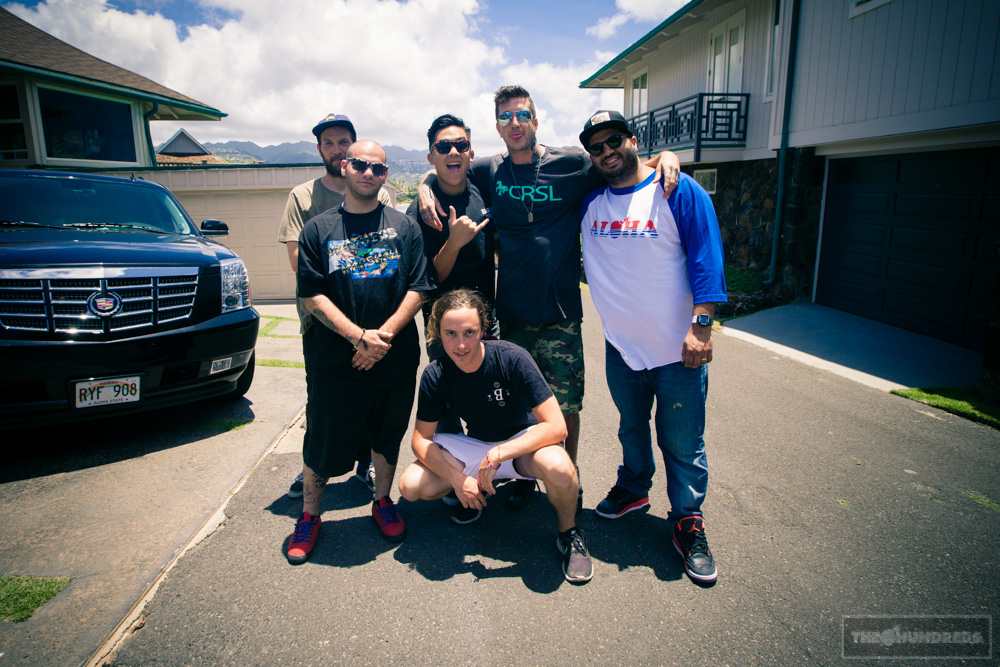 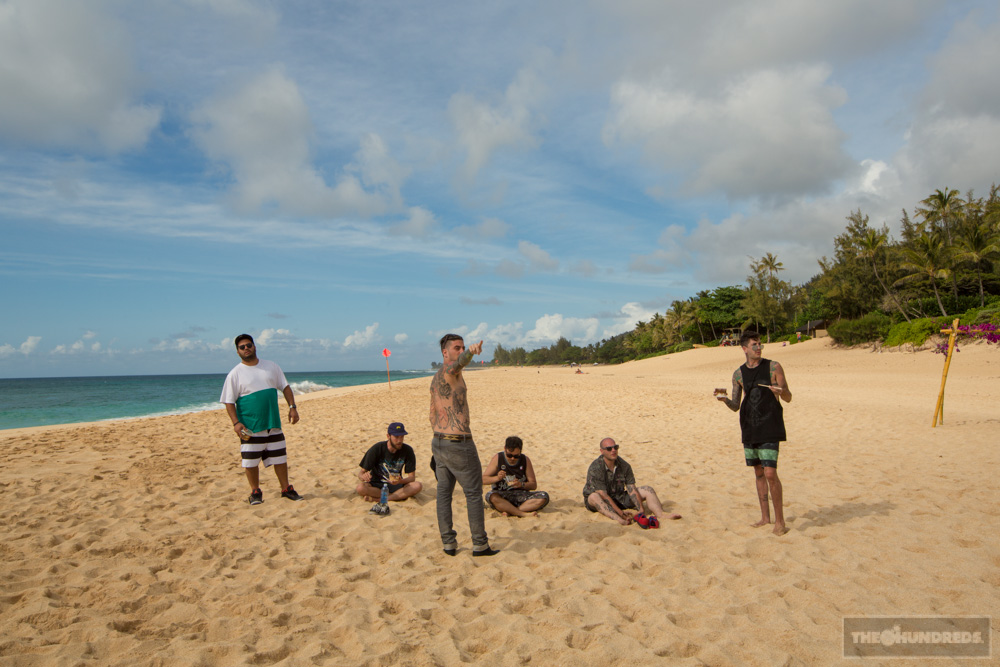 We’ll probably be here next for Pow Wow..? 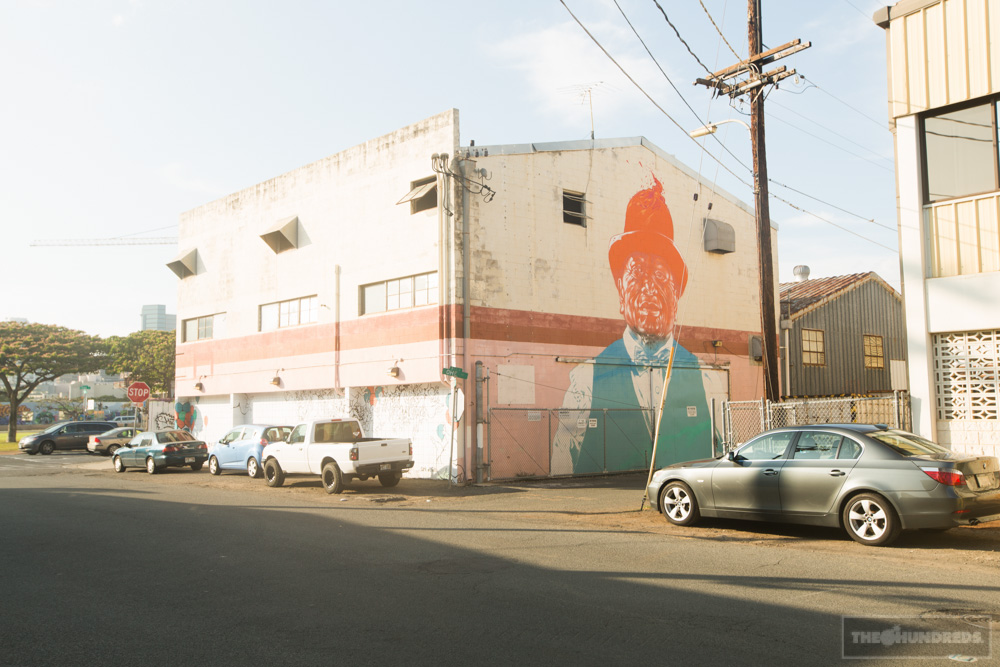 My favorite shot from Hawaii: 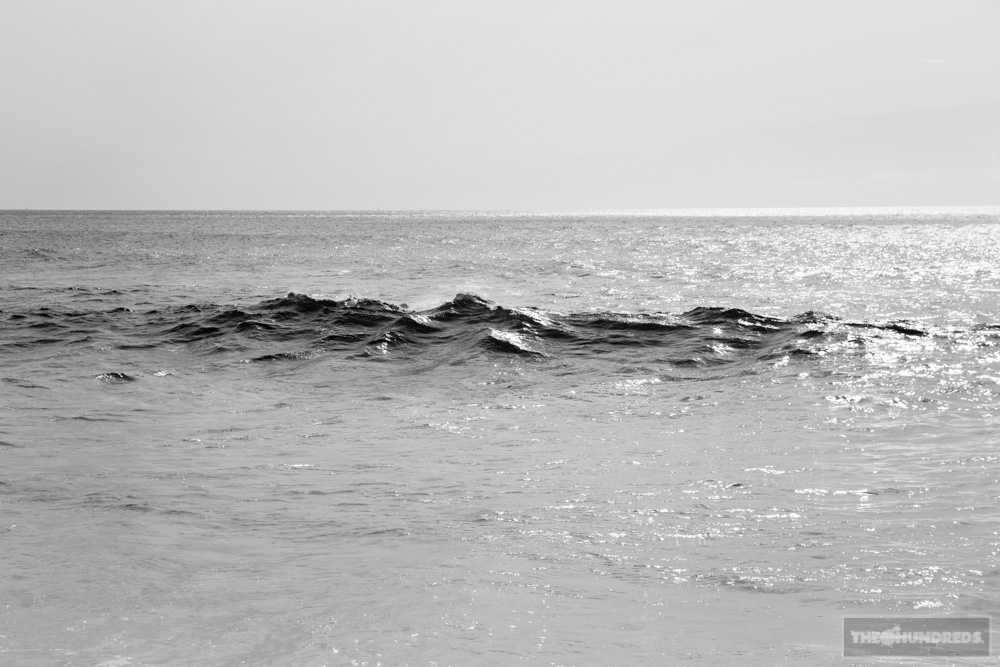 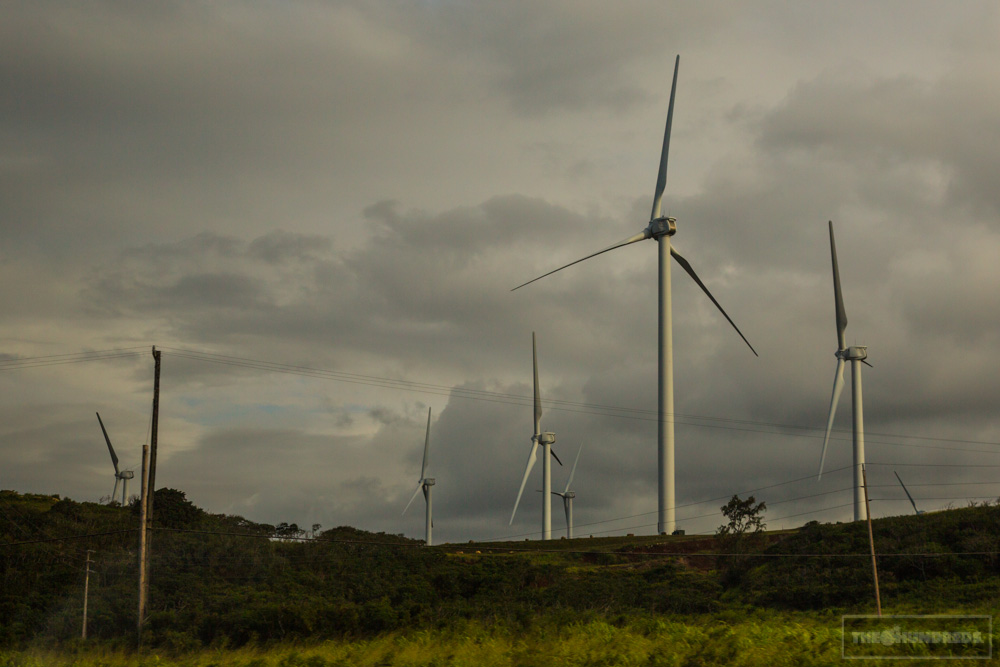 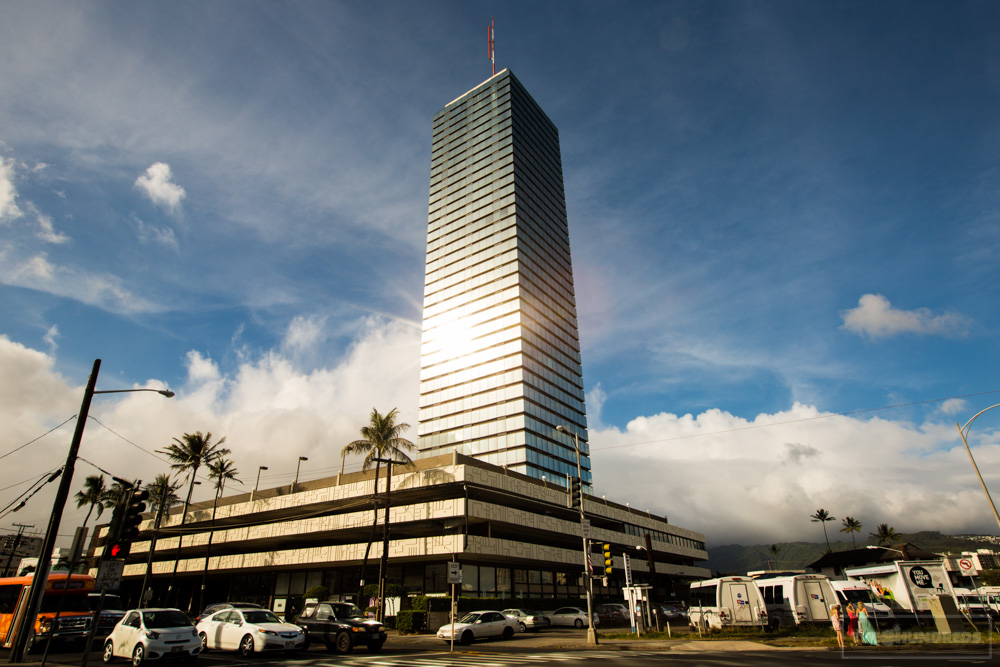 While we were here, Ben and I held a meet-and-greet at Blue Hawaii,Pearlridge. Thank you to all our peeps that rolled: 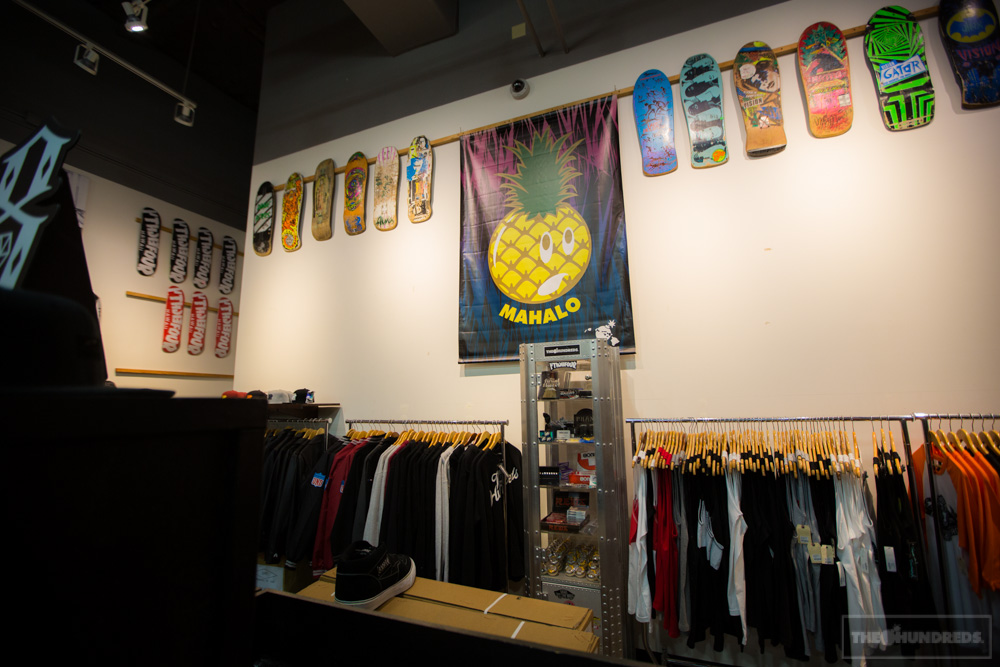 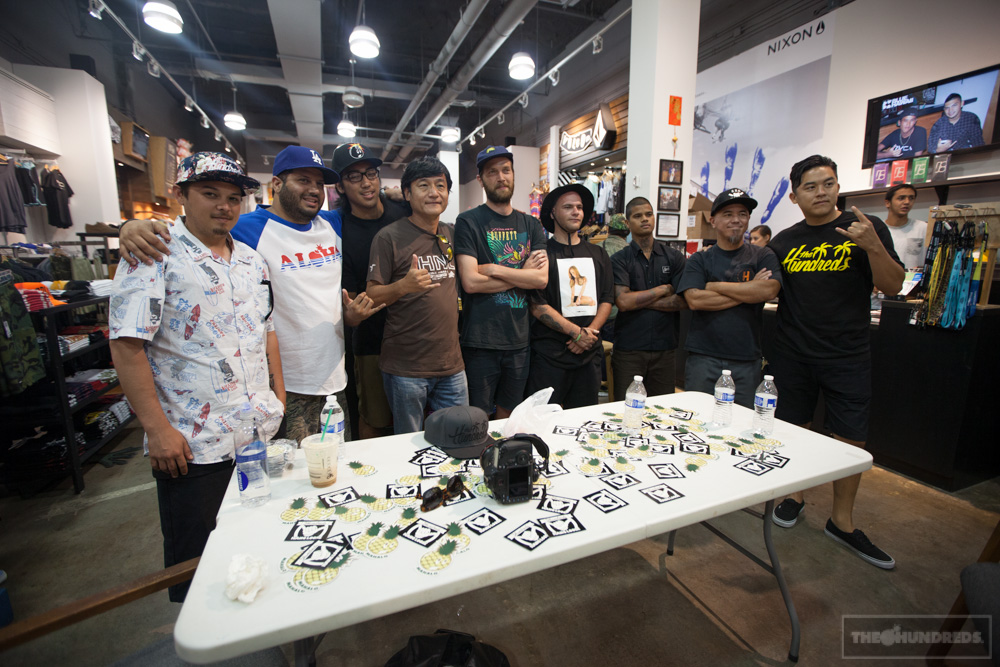 This is our crew on the island: The Hundreds Hawaii street team, otherwise known as the KEYSTEALERS. 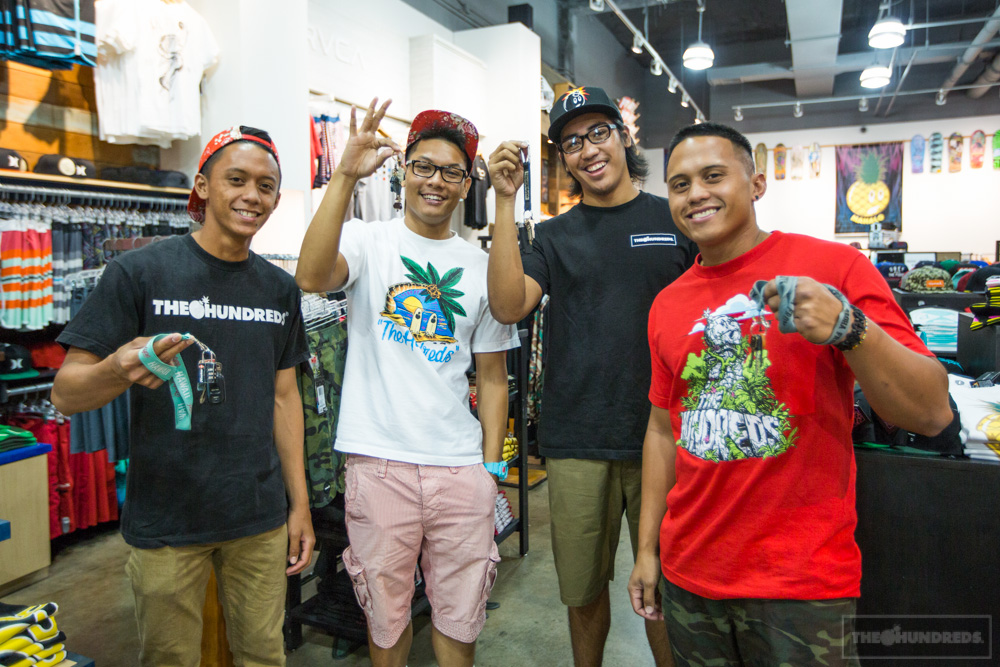 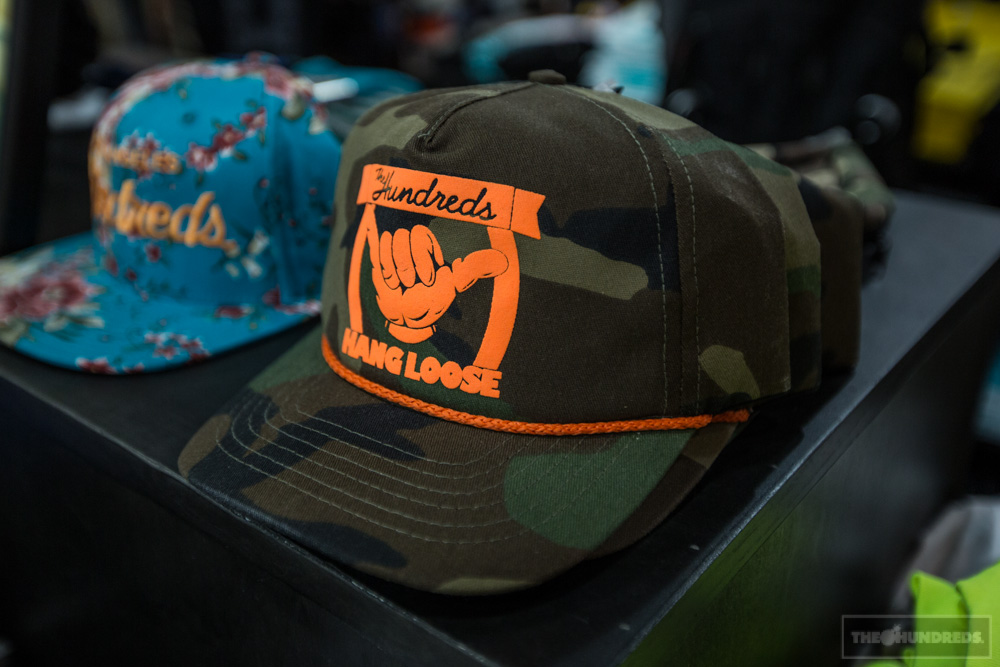 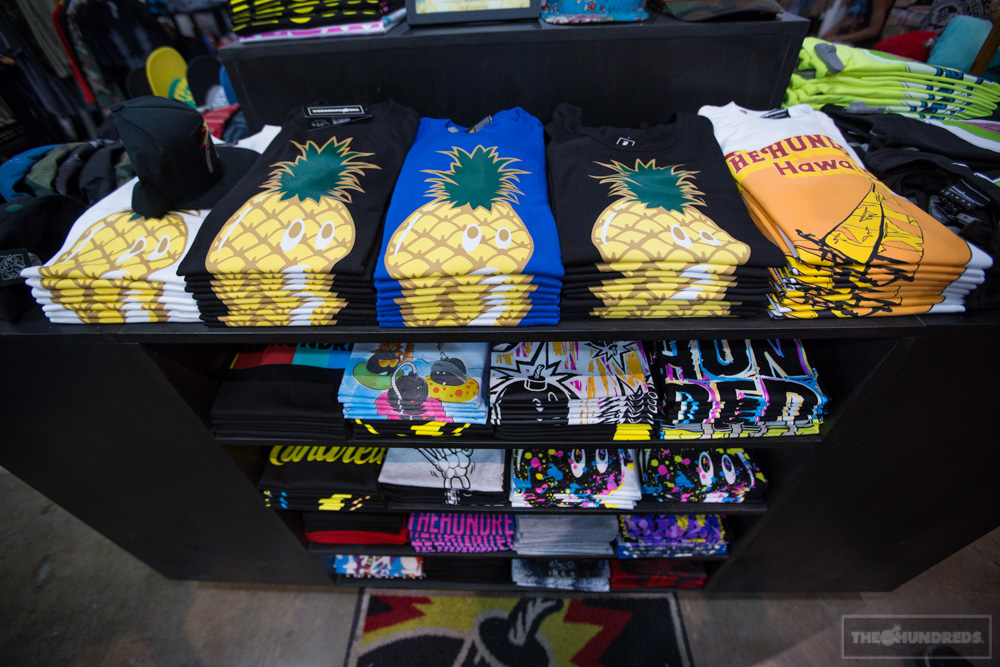 We hosted a barbecue at our house one night for local friends. The legendary Island Snow ohana: 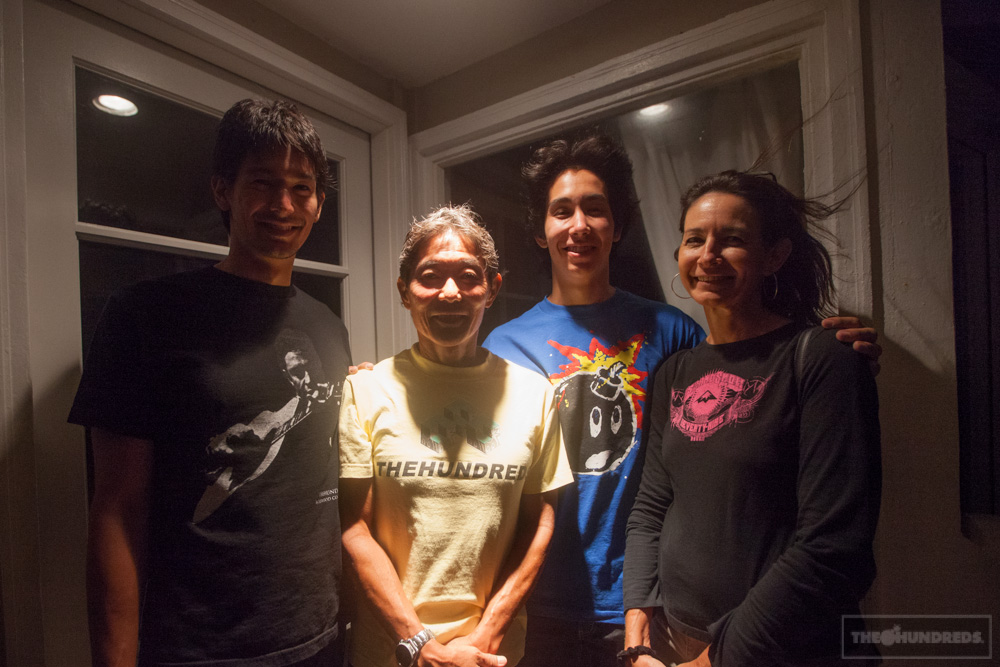 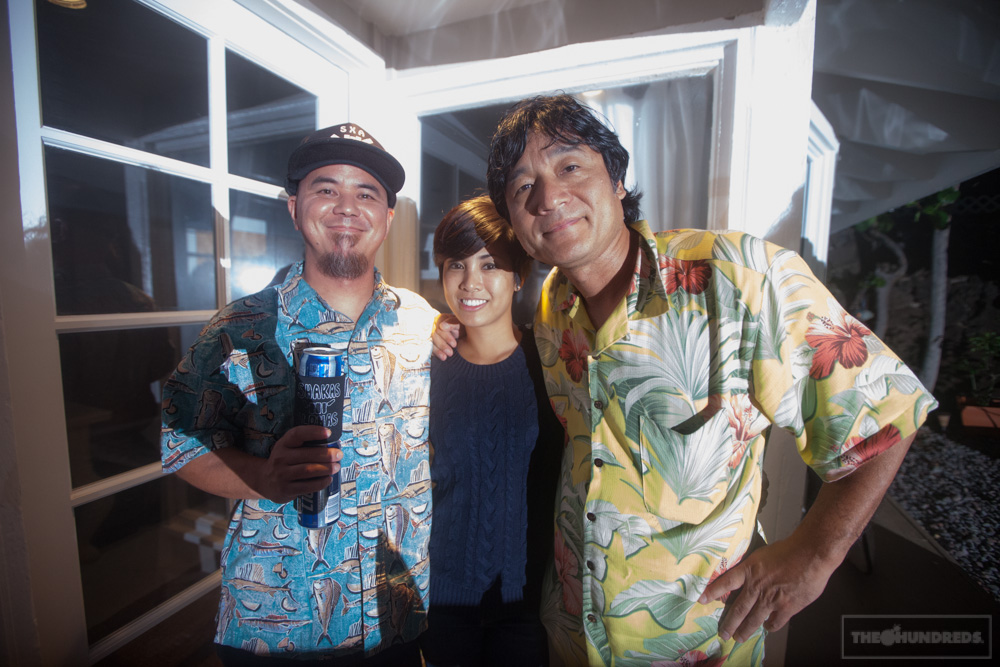 Keola (Fitted) and ohana are our ohana: 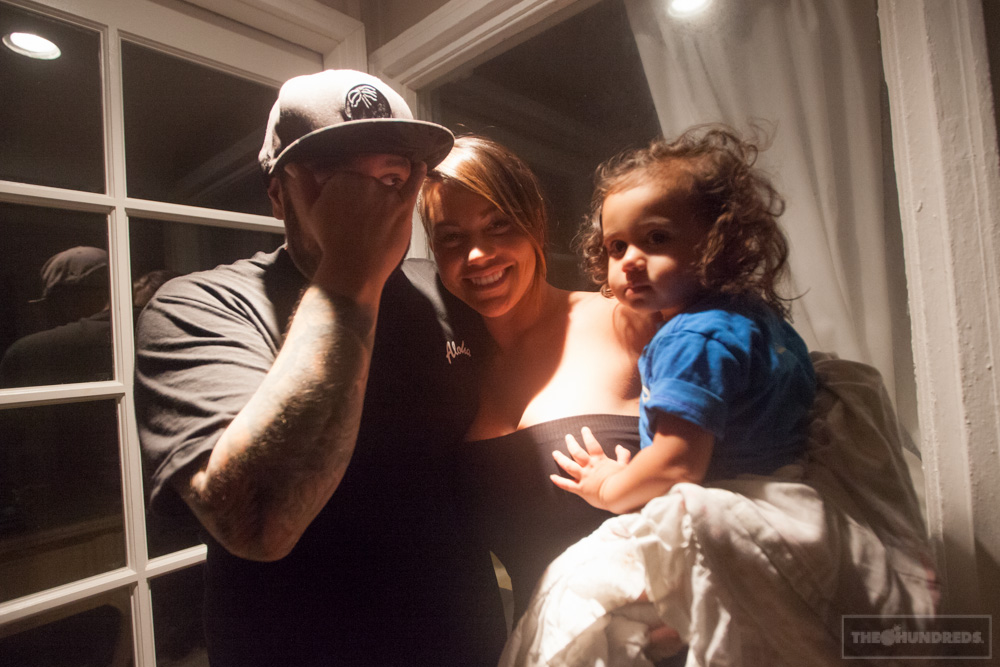 And then there’s this pool. Our secret pool that wasn’t really that secret, considering the entire island was trying to get in there. But our memories are in there. As well as Horndog’s feet: 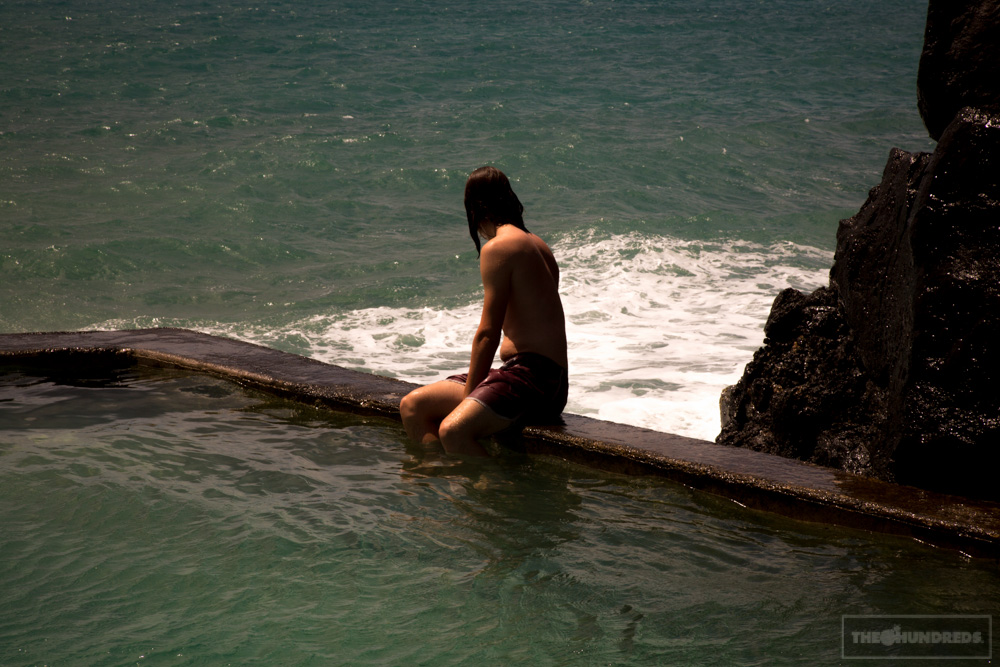 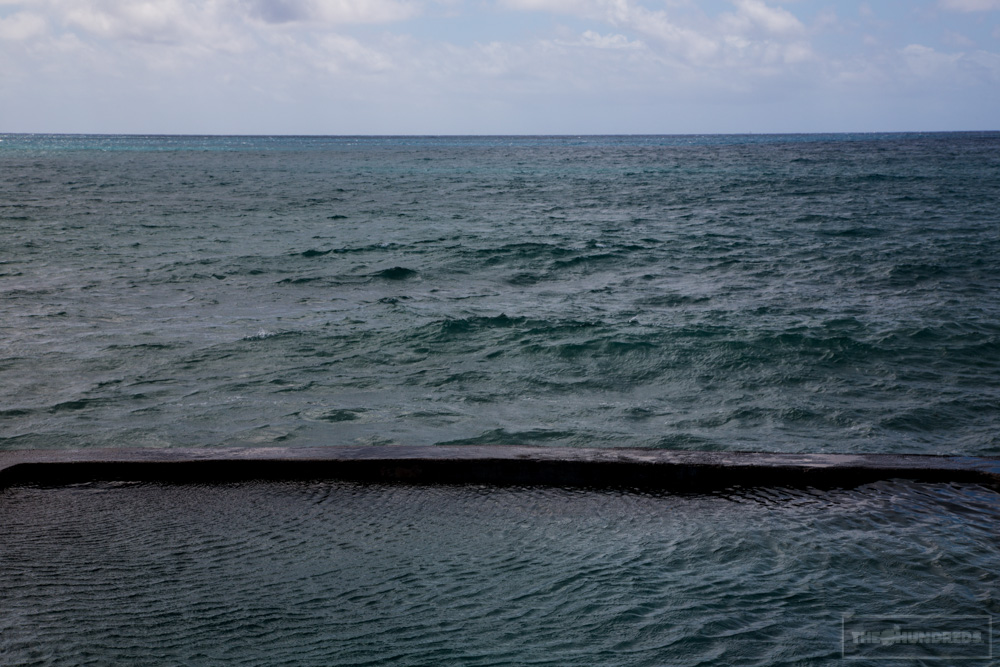 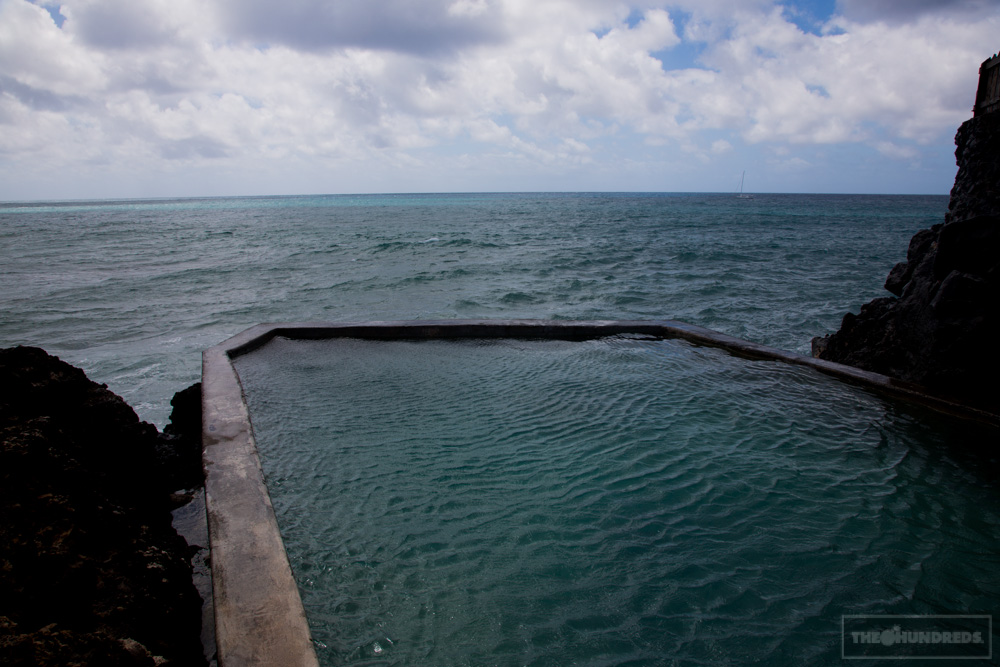 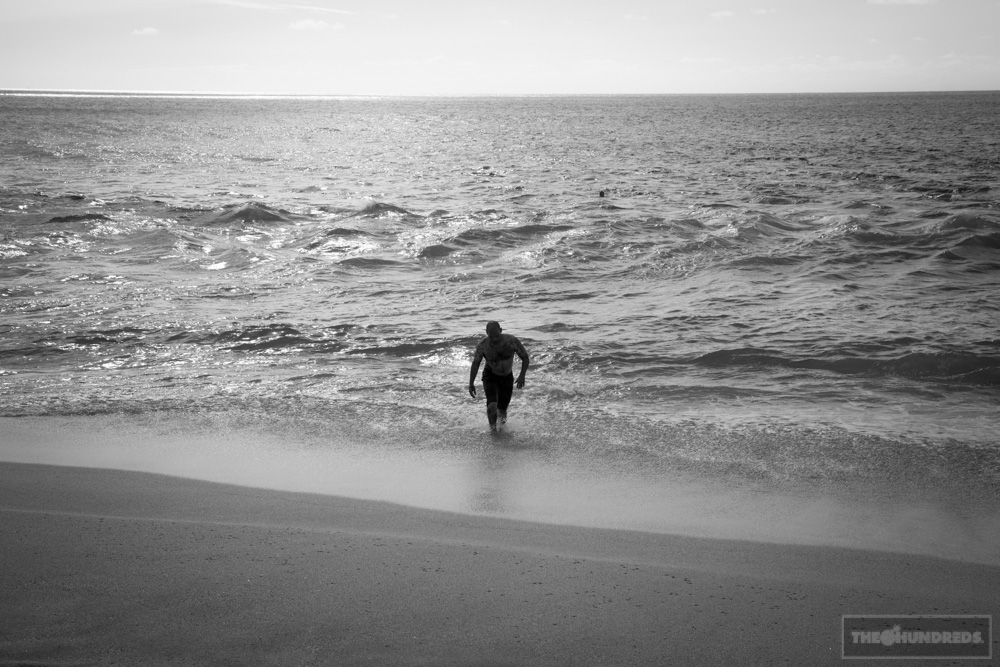 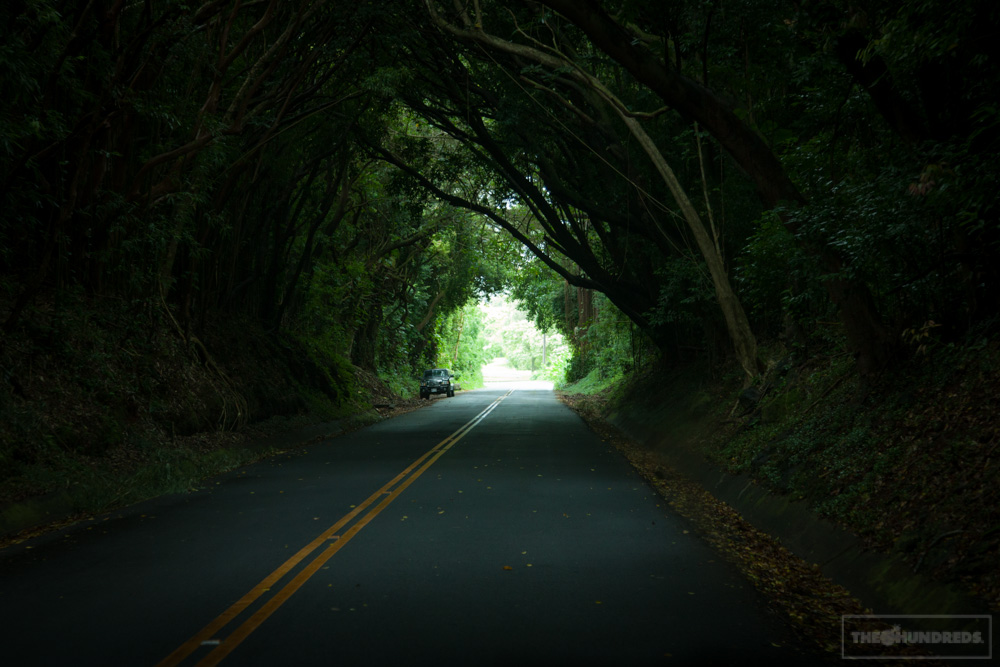 Heaven must feel something like taking a nap on this couch and getting blessed with that golden, offshore breeze: 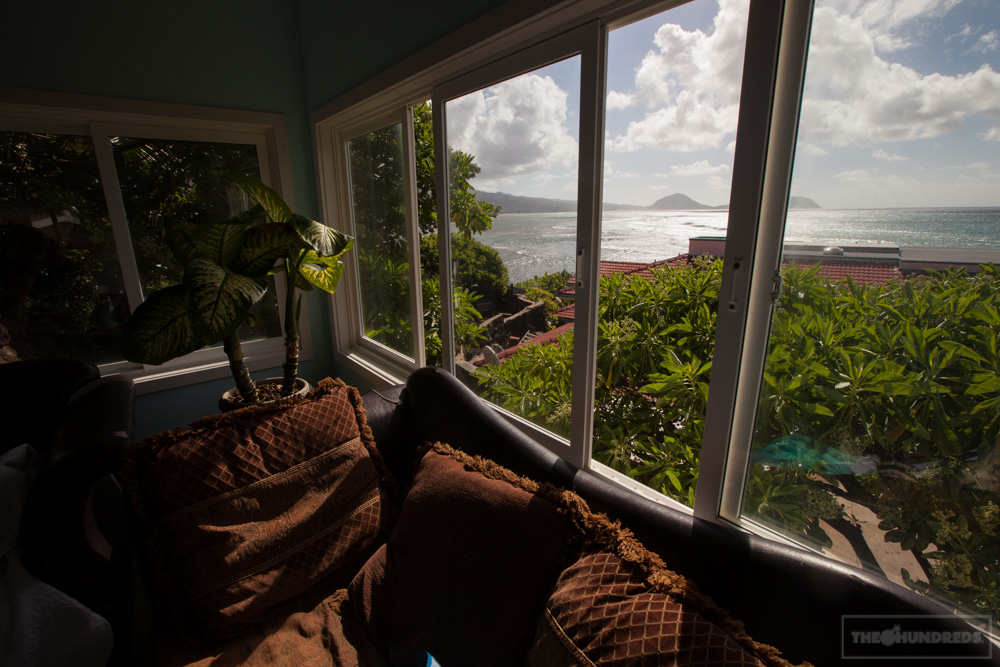 It’s unfortunate that Zachy Horndog is our filmer when the camera should really be turned on him most the time: 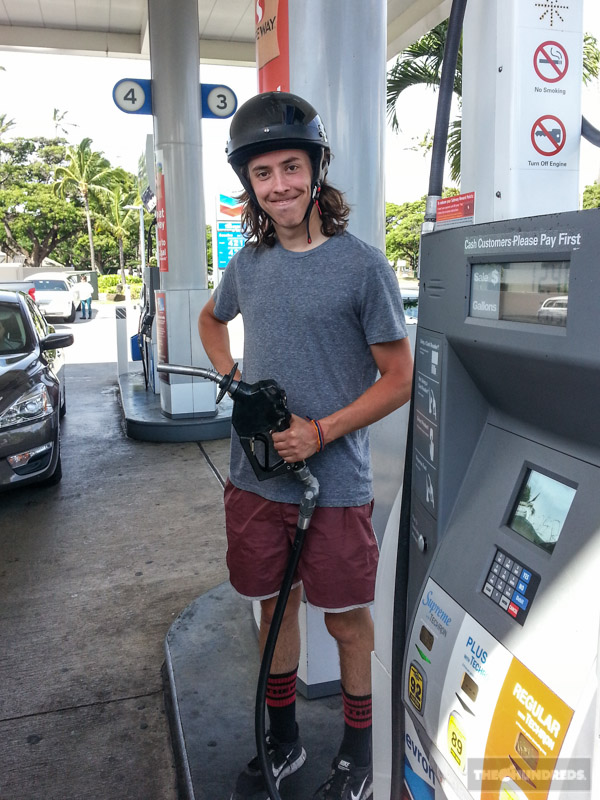 One of my favorite moments – not only from this week, but maybe life and my total existence in sum as a human being: 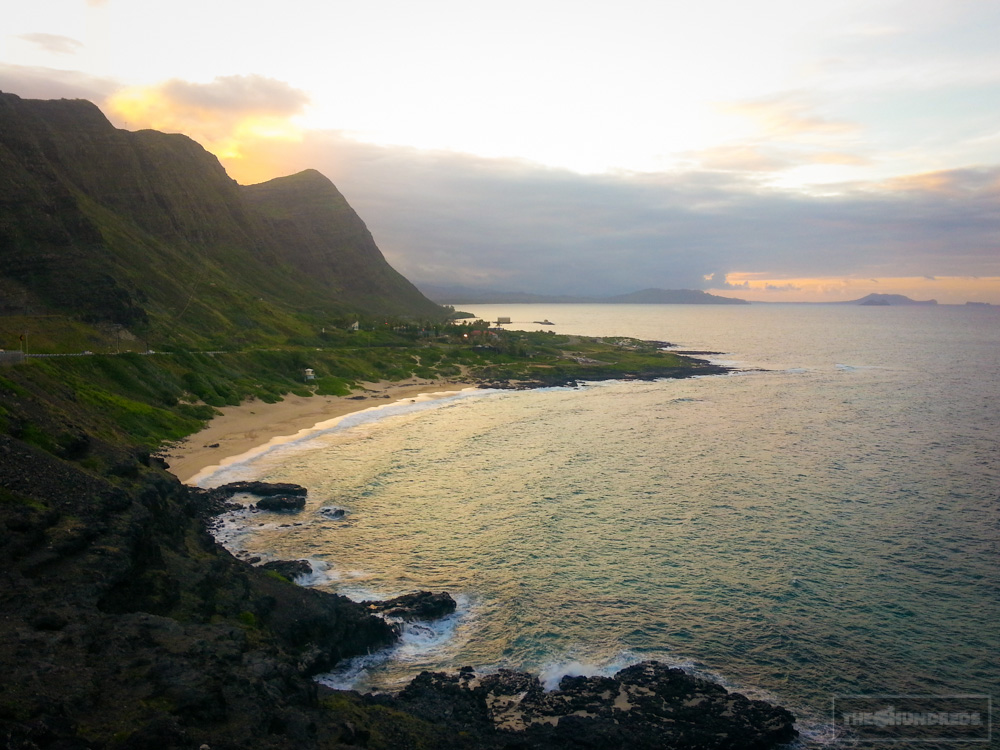 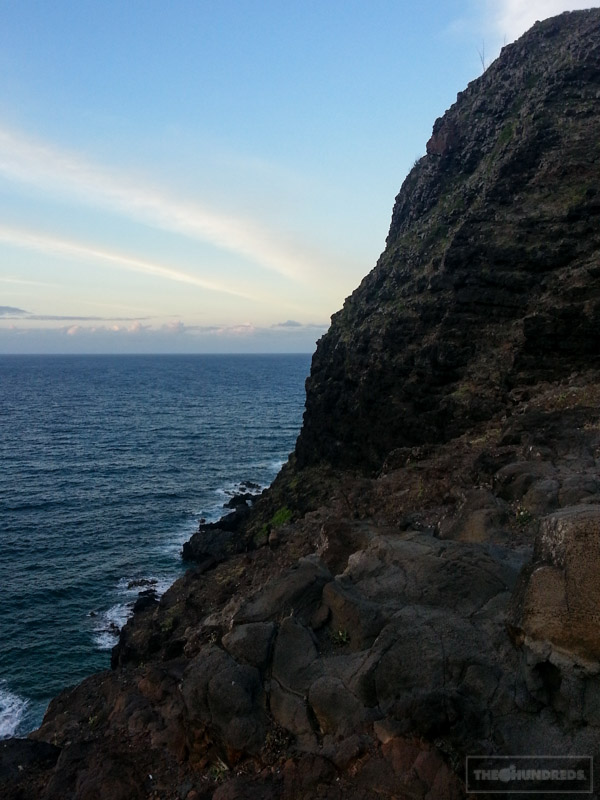 See you next year. And once again, Hawaii, MAHALO. 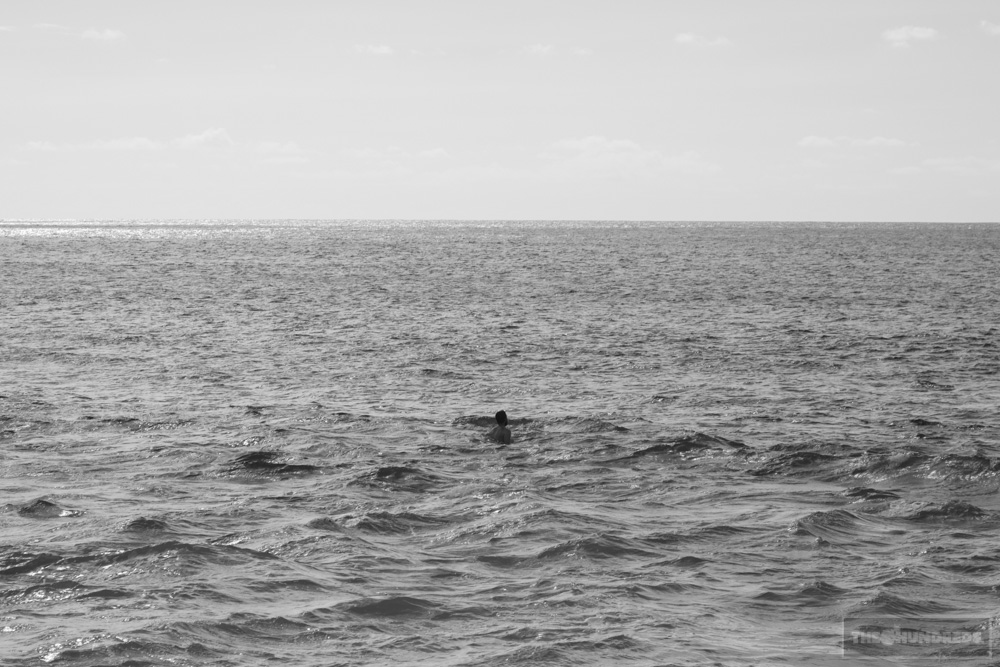