I had lunch with my friend Kevin Poon from CLOT today. We went to Soda Pop’s, which is appropriately named, although it’s pretty suspect they don’t stock Mr. Q’s Cucumber Soda. Had one of the better sandwiches I’ve had in LA outside of Bay Cities and All About the Bread, and had the absolute finest service from the register girl who was so nice and accomodating that I thought she was gonna ask me to join a cult by the end of the conversation. But nope, she just wanted me to convert to the Church of Delicious Sandwiches. 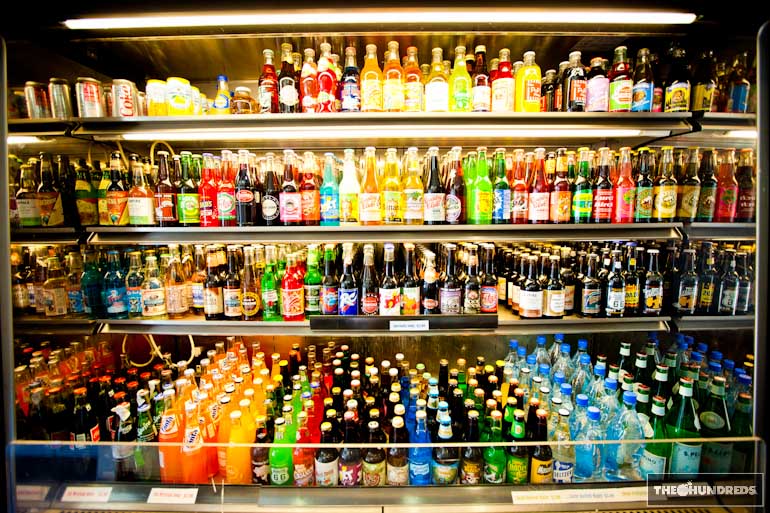 Afterwards, we met up with Ben and headed to Jensen‘s new spot with his girl Meghan (you may remember her from this). There’s Poon’s shoes, as evidence that I’m not making up all this coolguy name-dropping. 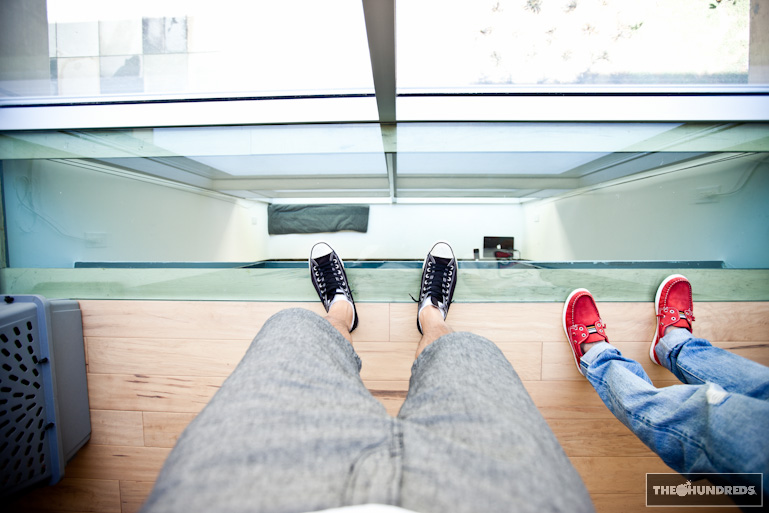 Being that Jensen runs Gallery 1988, you’d expect him to deck his walls with some mean art. You’d be right. I love this Josh Keyes: 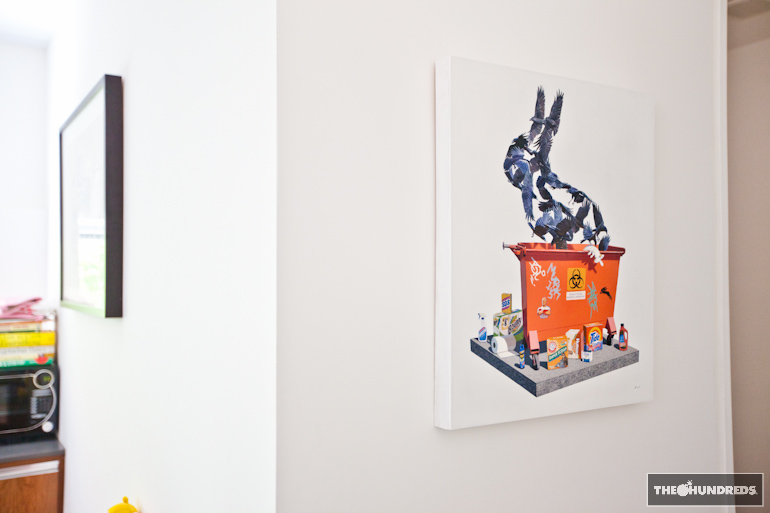 and Scribe did their bedroom wall. I think Meghan did the unkempt bed and Jensen did the unfinished furniture. (What kind of exotic bedroom rituals involve a spray bottle?) 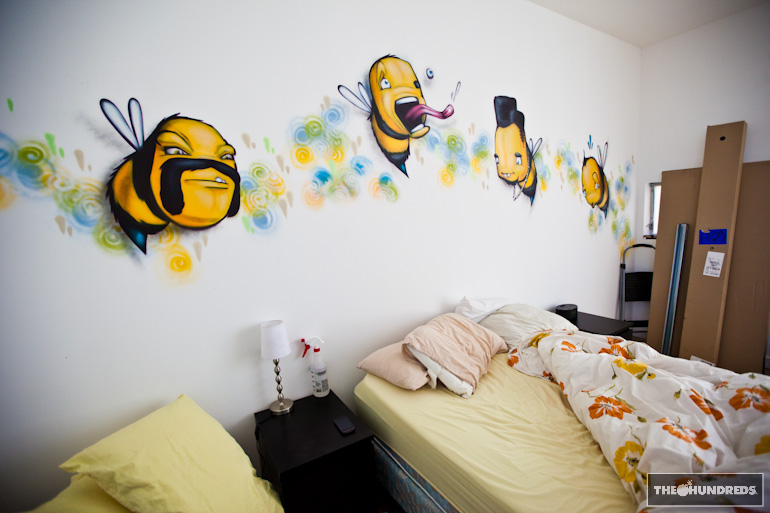 That’s Bill Murray, their heavily Instagrammed cat. Ben and Jensen exchanged urban legend Bill Murray stories where the cult actor’s been known to go around in public spaces, act erratically, then tell people “No one will ever believe you,” before ducking out. I don’t know if there’s any worth to these myths, but you best believe I’m gonna start spreading the rumors as my own personal accounts. 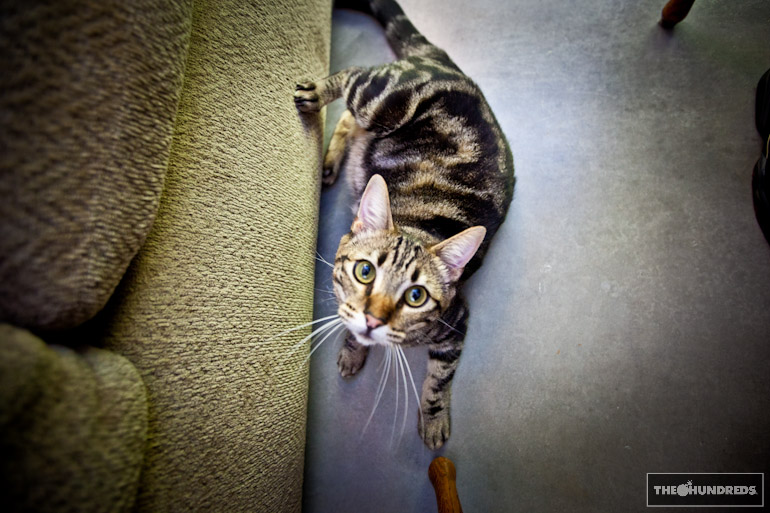 Ben and I podcasted for Jensen’s online radio show, Hypemen. Should be out in a couple weeks, but until then, listen to these past shows and hear how other people did it BETTER. 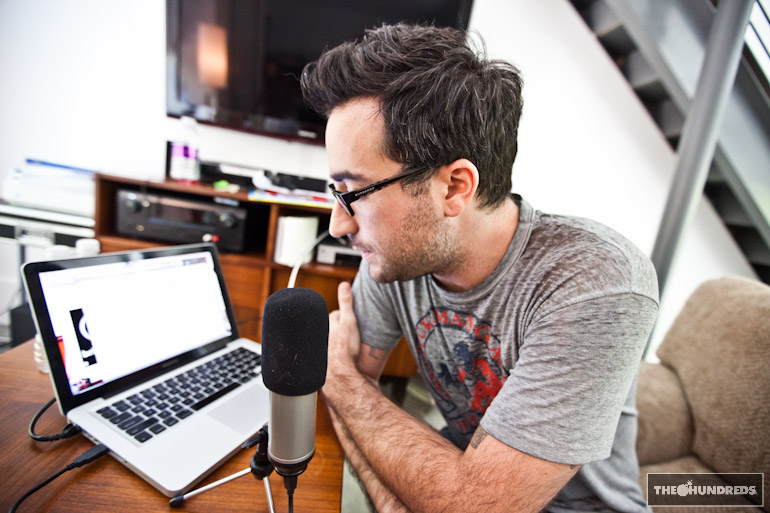