This season is centralized around *MOVE MOUNTAINS*, the idea that anyone can do the unfathomable through faith, perseverance, and hard work.  The world is yours, as big as you can dream it.  And the world is definitely Ryan Rigsby’s, filmer and captain of the Delistatus ship.  What started out as a Youtube channel to document his friends’ skateboarding around Los Angeles has erupted into a phenomenon in the street underground.  Passing 50,000 subscribers and racking up 15 million views on just 36 uploads, Delistatus broadcasts LA lifestyle to the like-minded, four-wheeled, worldwide, thirsting for that next monthly video.

Today, we sit down with Ryan Rigsby as he takes us behind the story of Delistatus, and we also introduce you to DS riders, as well as some of the crossover kids from The Hundreds Santa Monica’s skate team: 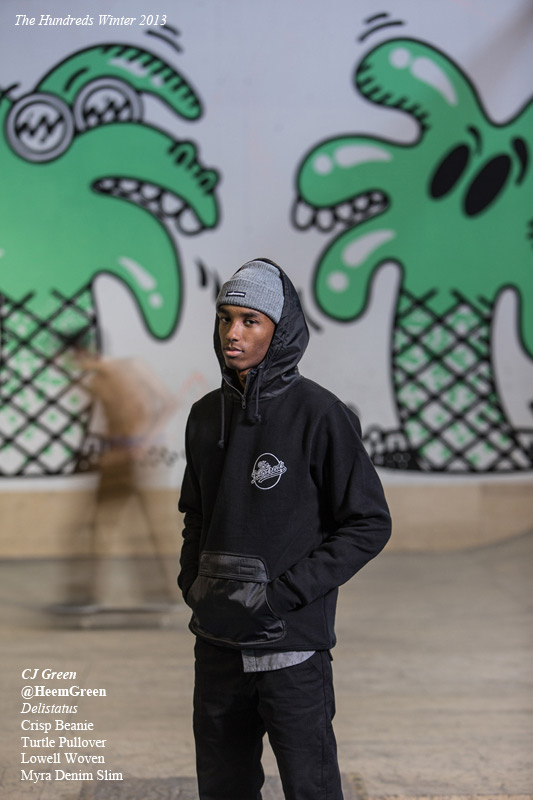 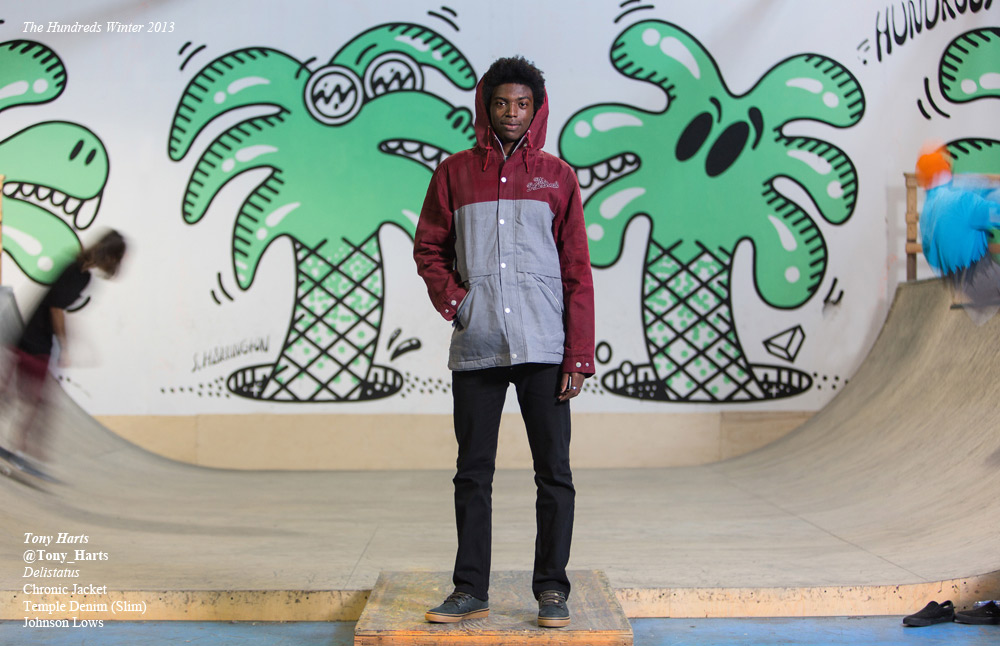 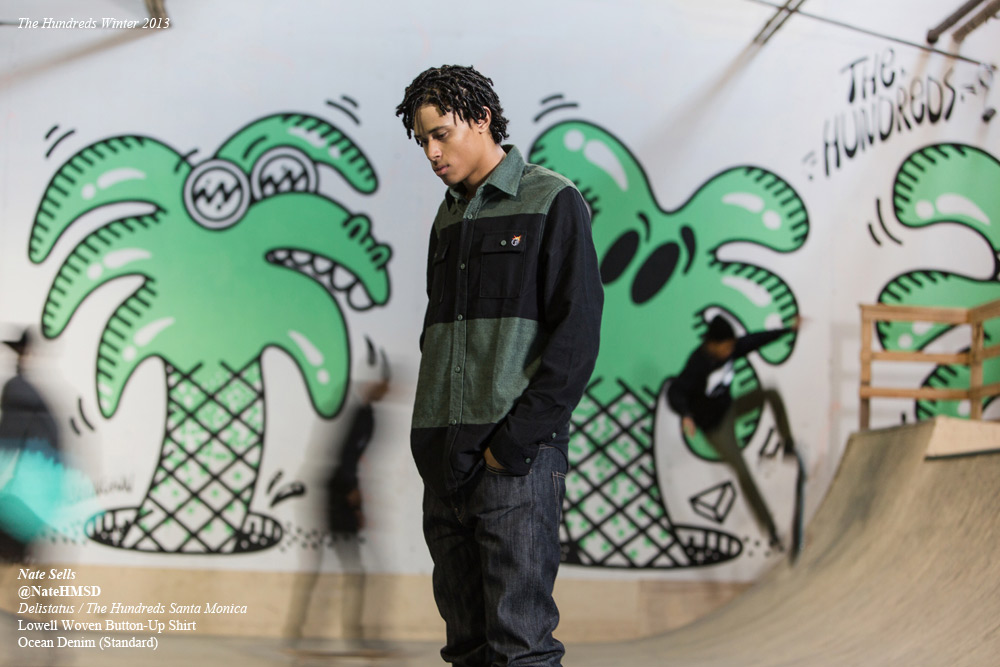 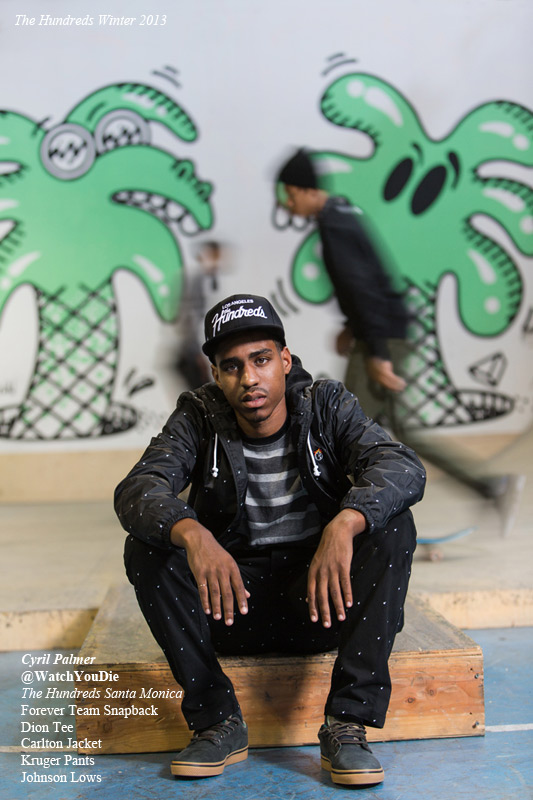 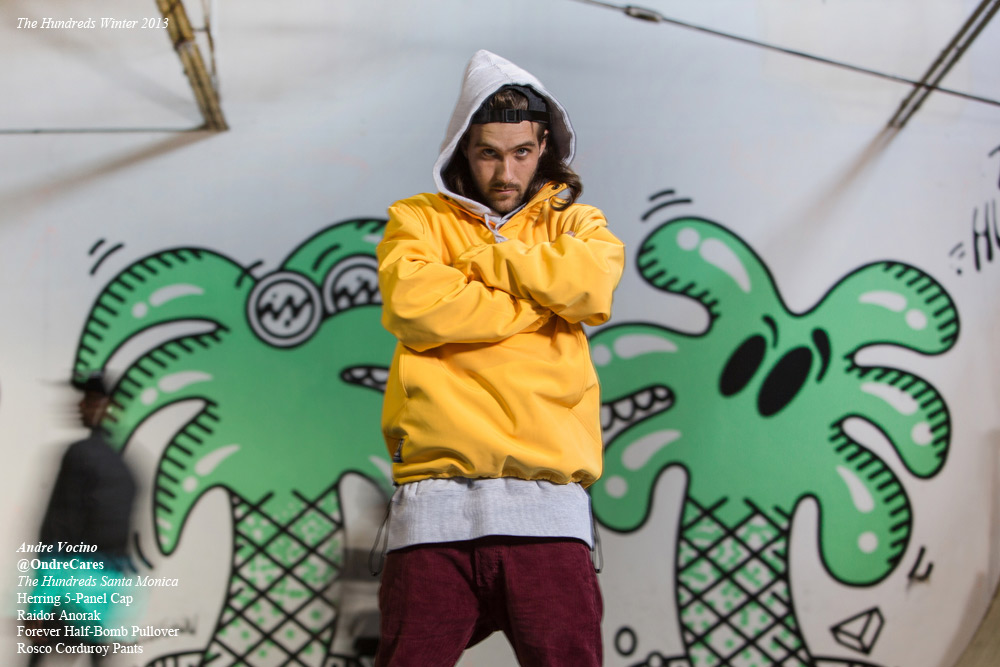 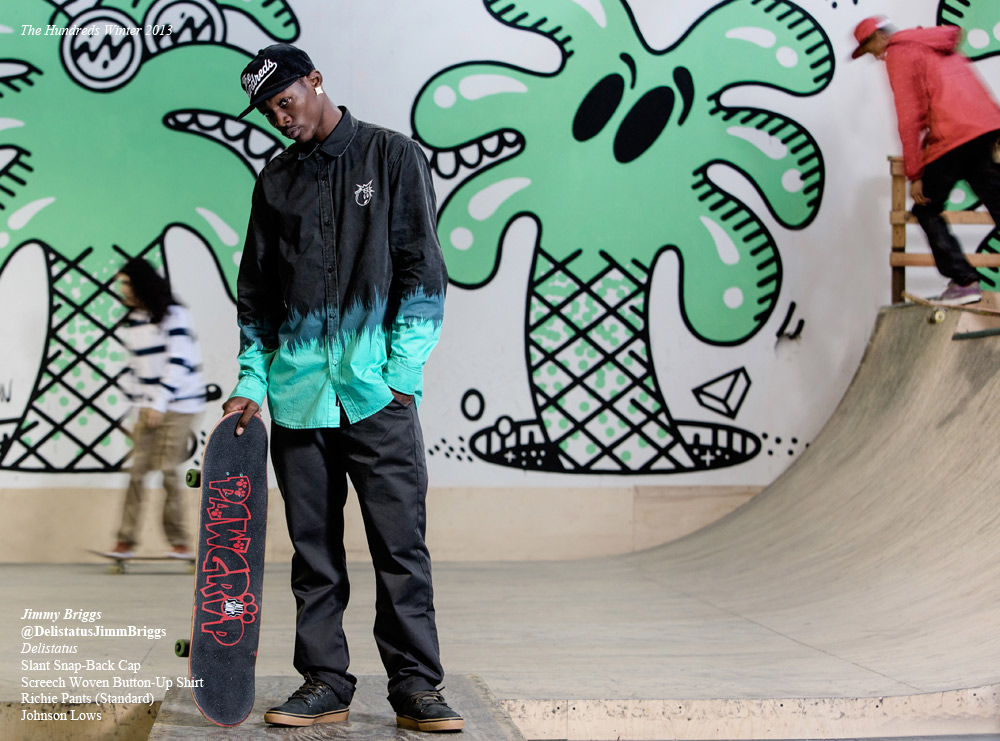 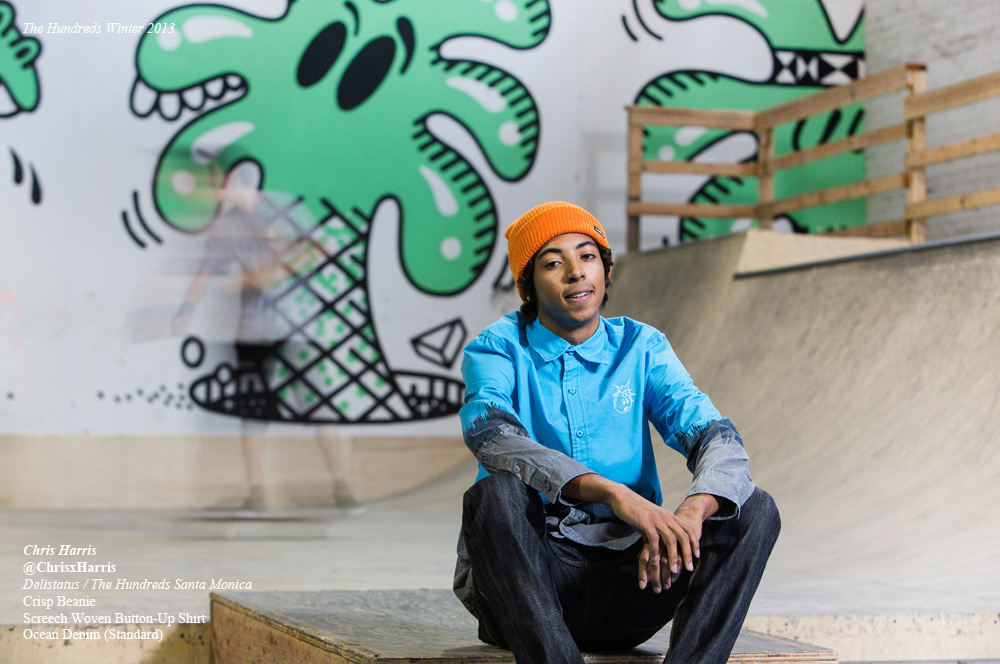 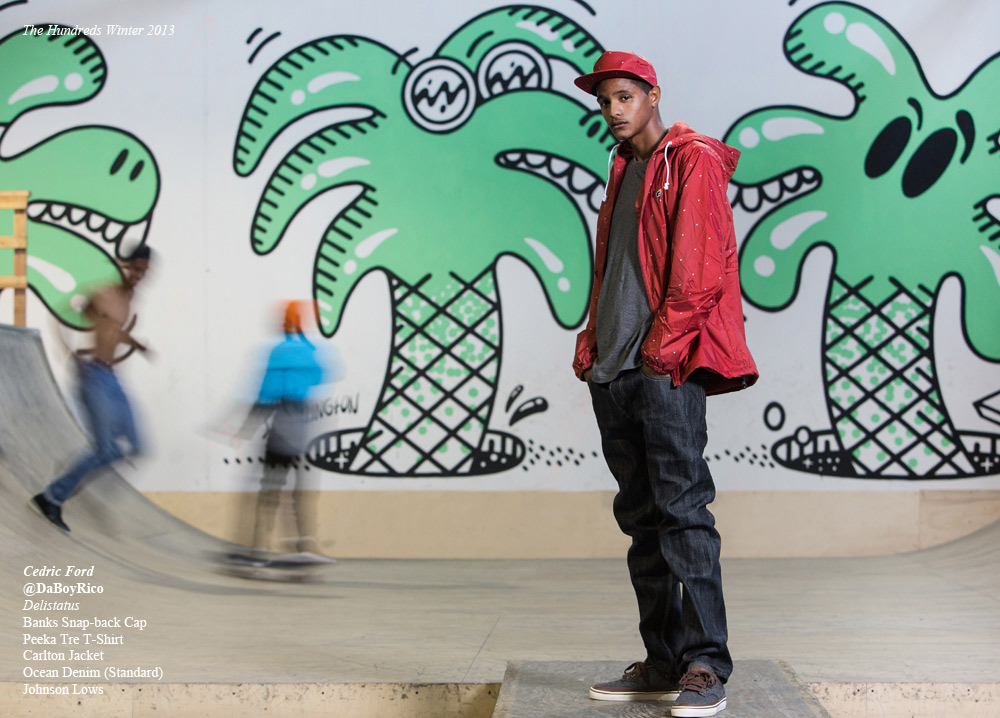 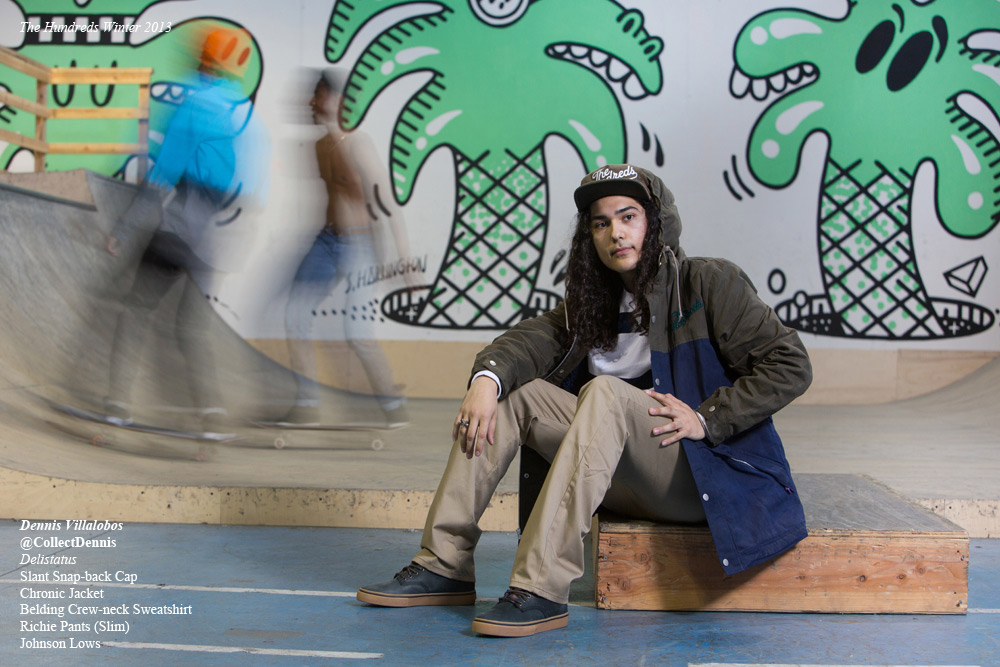 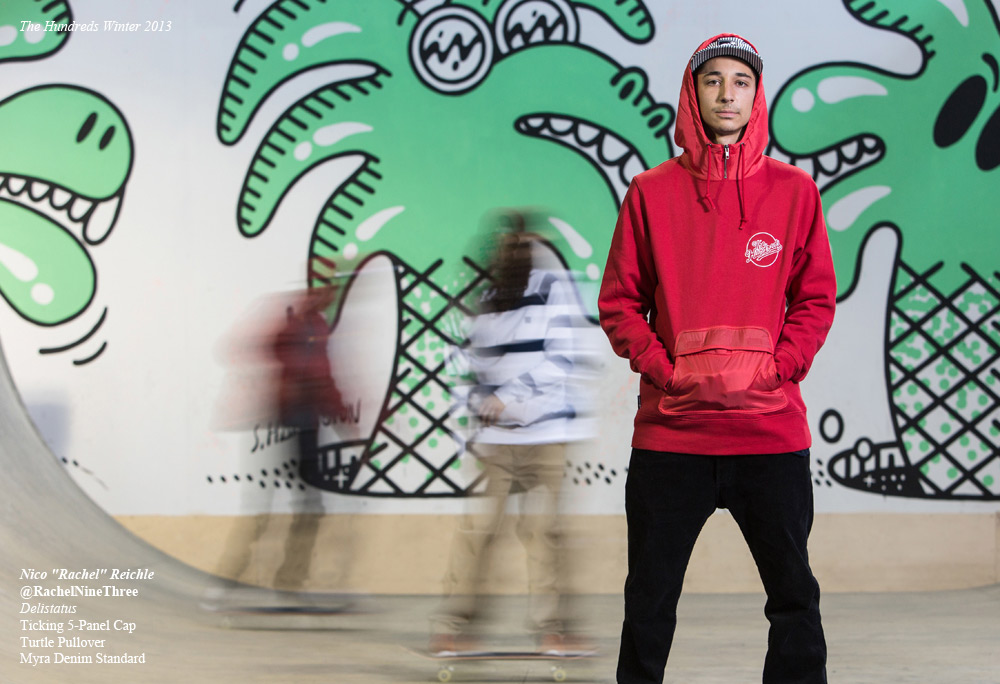 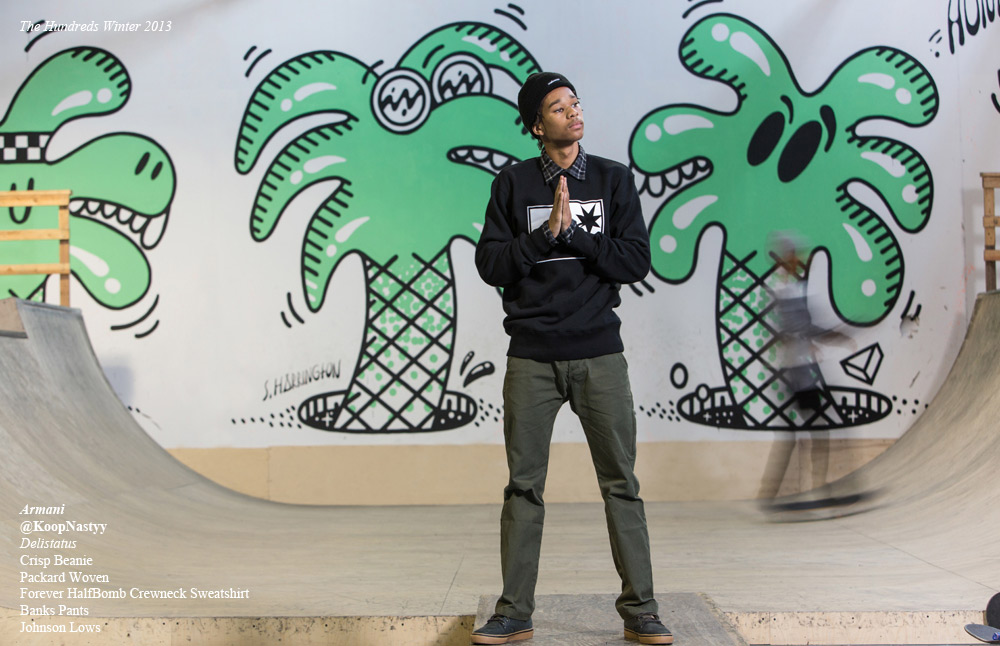 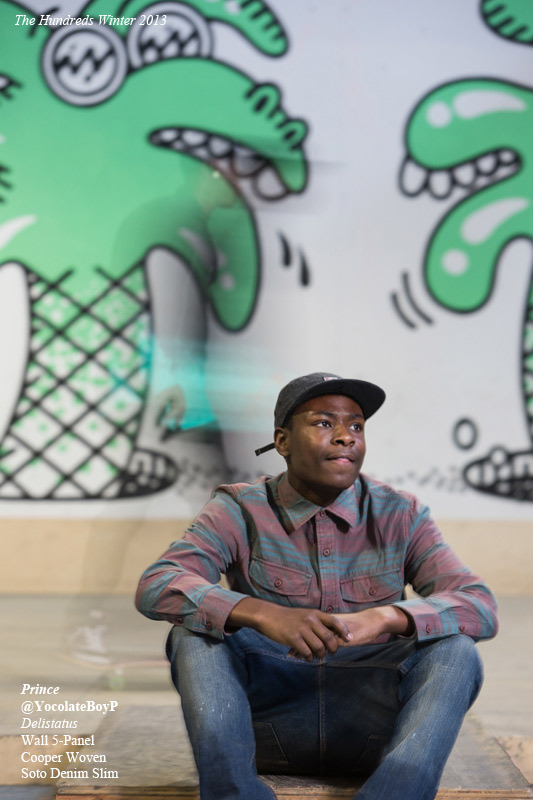 Ryan: Every video that I had made, starting in about 2009, I uploaded to my Facebook page. For some reason (that I can’t remember now) I used to be very against making a YouTube account, but Tyler [the Creator] used to comment on my Facebook videos telling me to put them on YouTube. I never ended up putting my old videos onto YouTube, but when Tyler told me once again to make a YouTube account so that I could upload some footage that we had gotten at the Key Club, I gave in. That’s why the first video on my channel is what it is.

Where did the name “Delistatus” come from?

In 2007 my cousins DS and Byron, my brother Chris, and I used to make fun of my dad for always talking about deli meats. And well.. somehow we started using “deli” as a synonym for like “vibe”. We used to always make up weird lingo of our own. We used to say “good deli” and “bad deli”, meaning things were good or things were bad. Then this slang branched into question form, which was “Deli status?” That statement I guess translates to something like “Whats good?” or “How’s it going?”. Then yeah, we used to just say that a lot as a joke or whatever. But that’s all completely irrelevant to skating or anything that “DeliStatus” has become today. That was all before I knew anyone that you see on the YouTube channel.

Is Delistatus a crew, a brand, or just your Youtube handle?

Delistatus originally was literally just a name that I used for usernames on websites like Flickr.com, Myspace, etc. Once I started uploading my skate videos onto my YouTube channel and the videos began gaining popularity, that’s when viewers started referring to the people they saw in the videos as “Delistatus crew” or a bunch of other crazy names like Deli squad and Deli team which is so ugly to me. In reality, Delistatus today is just a YouTube channel that features the friends of Ryan Rigsby, not a team or crew. But you can definitely expect more from Delistatus than just videos in the future.

As of recently, yes.

Why do you think your videos have achieved so much success and notoriety?

I can truthfully say that the videos on my channel that I filmed with Tyler and the other Odd Future people definitely brought in YouTube traffic back when I uploaded them. But there’s no doubt that the Delistatus channel is known for its skate videos. I believe that the videos have achieved notoriety because of the crazy charismatic people that you see on the channel, the stylish skating, and the unique editing of the footage. There’s lots of dialogue, hi-jinx, and just overall memorable moments that people seem to really get a kick out of from the videos. People always comment about the music in the videos, so I guess that’s a factor as well. The craziest part is that from the beginning, there was no initial grind or hustle to try to gain popularity or “make it to the top” or whatever. We just did what we did and people liked it. Thats the coolest part.

You seem very particular about your work and make the conscious effort to put together high-quality, long-format video pieces, instead of just vomiting clips every single day. Does that increase the demand for your videos?

Fans of Delistatus have literally hit me up with threats when I go over a month without uploading a new video haha. Viewers seem to get bummed out because I don’t upload videos as often as other YouTube channels, but I’d rather take my sweet time and upload something I’m proud of as opposed to just dumping footage because the fans ask, beg, and threaten me for it. I can’t lie though, the desire that people have for the videos is very inspirational and makes me love uploading new content.

What’s next for Delistatus? More videos? Apparel? What do you want to see out of Delistatus?

The Delistatus videos are never going to stop, no matter what. Most that are involved with Delistatus have other talents in the arts that I have plans for exposing in multiple ways soon, apparel being one of them. In my eyes when it comes to the success of Delistatus, I want the public to enjoy and love what we put out and I want for myself and everyone skating with me to enjoy themselves in the process. I want opportunities for us to be noticed. I want to do everything that would make Krab happy to see. Rest in peace Kameron “Krab” McFadden.