To wrap up 2010, the crew went up to L.A.’s local ski resort,Mountain High, for the day. 3 hours traffic up the hill was like a Coachella flashback, but once we were on the mountain, it was all gravy, I mean,powder. This is as good as snow gets in Southern California, so we’ll take it. 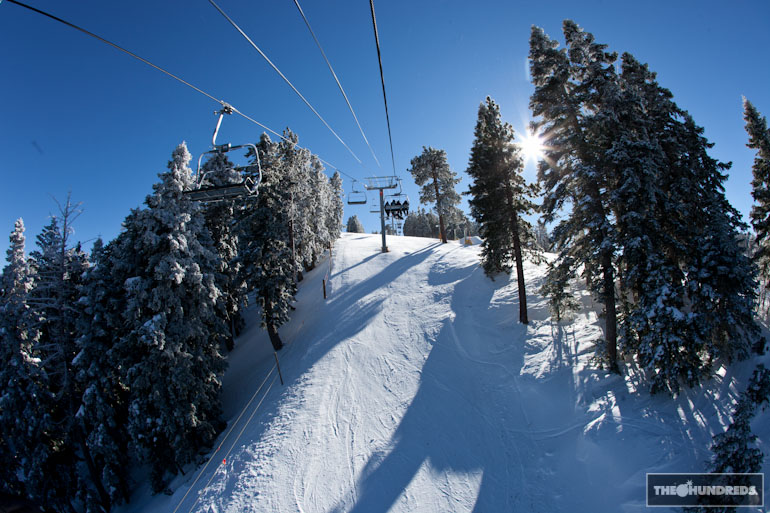 It was unusually cold, in the 20s with a wind chill on top. I still don’t have full sensation back in a few fingers, seriously. 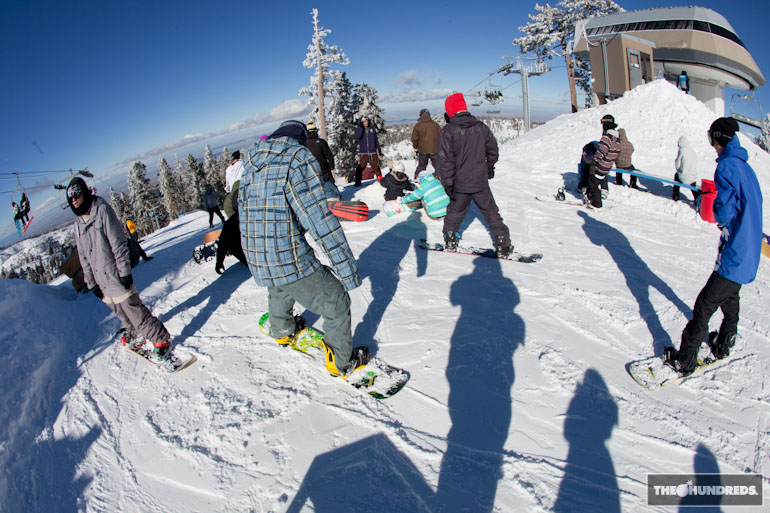 Vito, Pat, Scotty iLL, Iron Mike was around somewhere.. Switch and B.Mo flaked.. we had a proper crew. But really, all we needed was Boss. 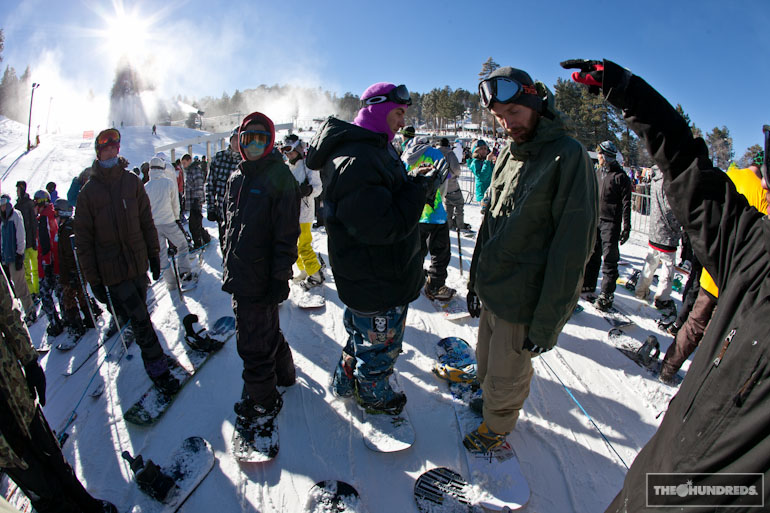 We ducked into the forest a few times, which may not have been the brightest idea considering a snowboarder just died here on Monday, but Boss wanted to show us something — This weird little makeshift fort in the midst of all the trees. He strapped up, bombed down the hill, and logjammed it. 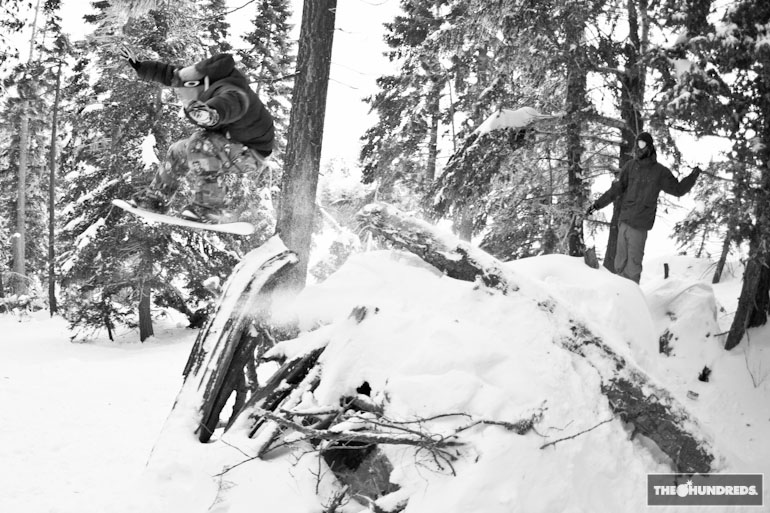 That’s not the best angle to show you exactly how sketchy this was. Here’s Pat standing on the hill, that alone shows you how steep the takeoff and landing were. Plus, once Boss 50-50’d up the tree trunk and launched 15 feet in the air, he had nothing but an icy slope and a bundle of trees to welcome him back to Earth. 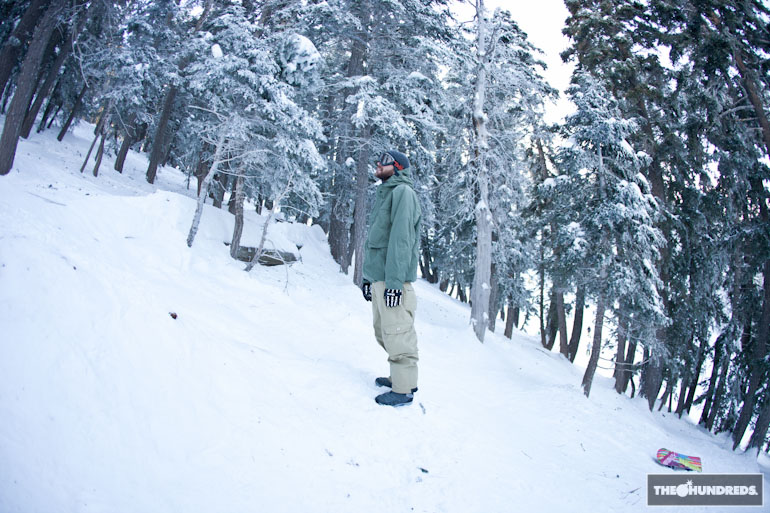 He jumped twice for me. We didn’t want to press our luck any further so we called it quits after that. Perfect way to cap off the year. 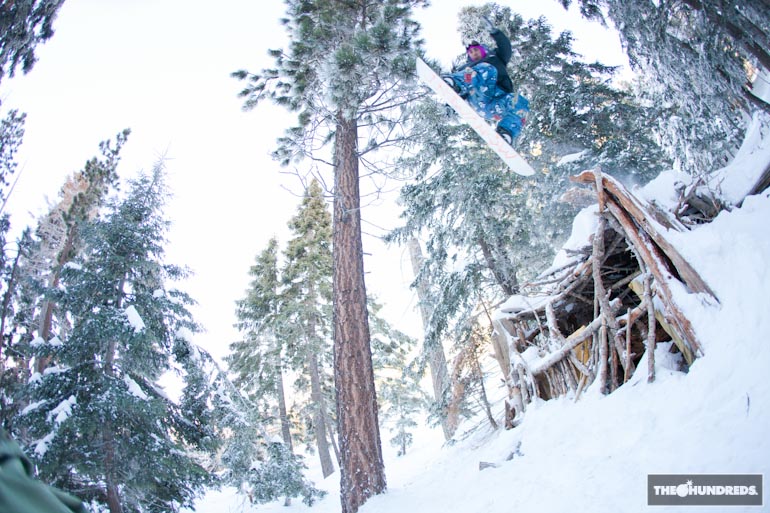