When it comes to pop art (or post-pop art I should say), I’m a straight-up sucker for cartoons and colors. Perhaps it has to do with growing up in Southern California, surrounded by graffiti competing for passers-bys’ attention with vibrant characters and a rainbow of paints. Maybe it was due to the heyday of Saturday morning cartoons and comic strips,.. and there’s a lot to be said for Disney’s influence on just about everything that shaped my childhood. So when my girl’s parents gave me a book by a Japanese artist named Takashi Murakami back in 2000 entitled The Meaning of the Nonsense of Meaning, I was captivated. It was kinda like manga.. except disturbingly perverted and twisted. It was childish and fun, but dark and sinister underneath. I was intrigued.

The following year, Giant Robot Magazine released their 21st issue, the cover story being this guy, Takashi Murakami. Within that 5-page article, Eric Nakamura introduced the Japanese artist to the rest of the world. I was immediately struck by the Andy Warhol parallels, Murakami running his own factory of apprentice artists, albeit outside of Tokyo instead of New York. The article also went on to explain how he only did his own original art for a couple hours a day, the (still) confusing history behind his signature character Dob, and how the heavy implementation of eyeballs was inspired by The Matrix. 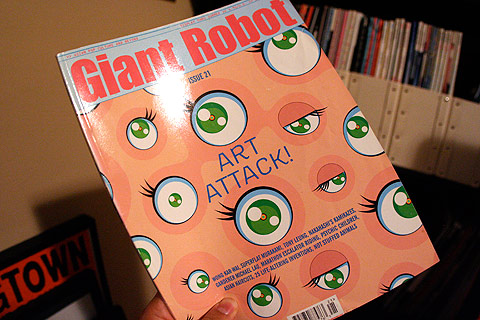 That interview also coincided with the introduction of Superflat, Murakami’s expression for his post-pop style (After something pops, it goes flat. Get it?) and his traveling art exhibition featuring 19 Japanese artists like Mr. and Yoshitomo Nara. In my mind, that 2001 show at L.A.’s Museum of Contemporary Art is still unmatched as far as art gallery experiences go. It was so ahead of it’s time and so new that it felt like being broadsided by a Mack Truck in slow motion. You couldn’t really tell what was going on, but you just knew that it was gonna leave a mark.

My gradual obsession with The Artist carried further into the year when his “summon monsters? open the door? heal or die?” show opened at The MOCA in Tokyo. I was living in Japan with my girlfriend at the time, and because of the prohibitively expensive cab fare, we shot around the subway, trudged through sloppy rain up grey streets, and hand-gestured for directions to finally reach the space. But it was all worth it. The DOB-heavy event was monumental,.. while Superflat had debuted Murakami’s fantastic world to our ill-prepared senses, “summon monsters?” ensured that we were comfortable with his characters and style, and catapulted his true agenda into the art atmostphere. 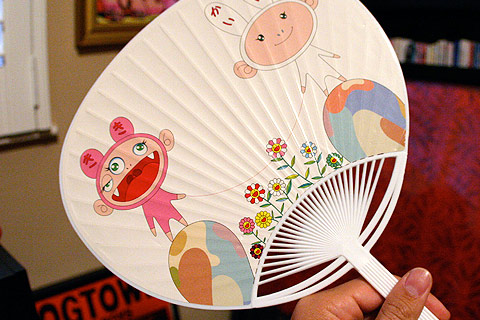 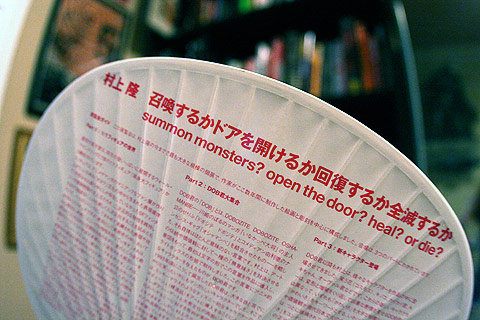 That’s where the trail, for myself, turns cold. You see, Murakami, in many ways, encapsulates modern Japanese culture in that there is an unnerving fusion between art appreciation and consumption. Perhaps you’ve seen it with the Japanese lineups for particular limited-edition shoes or streetwear items for the mere sake of consumption/appreciation, a phenomenon that’s trickled down to… you. And with The Artist’s work, it was no different. Murakami was wooed by a certain Marc Jacobs to join forces with a designer label you may have heard of called Louis Vuitton. Since that time, you’d have to be a blind, bedridden eskimo to not see the artist’s work on the arm of every fashion-conscious female in the world. 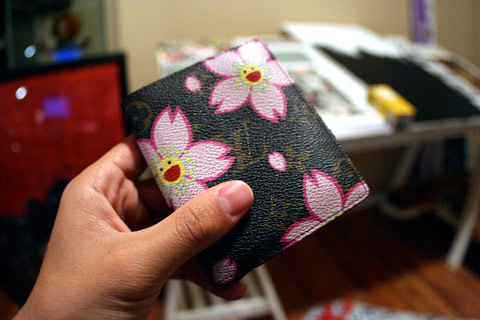 So as Murakami’s art flourished, so did this cross-fertilization with fashion, with material product, and buying things. Because in essence, that’s as much a part of the Murakami experience as the observation. The only problem for me is that in some ways, the process is cheapened. The art’s longevity and substance is at stake if it can be mass-distributed, accessorized, and disposed of. The way I see it, if the art is intended to be on the shelves, then it’s also intended to have a shelf-life. And call me crazy, but I like my art to be timeless.

Regardless, maybe The Artist’s vision won’t reverberate decades from now (or maybe it will), but for the present, it’s sure doing it’s job. Admittedly, I even came out-of-pocket for a slice of the Murakami take-home experience a month ago when one of my favorite brands, Supreme, collaborated with The Artist on a 3-deck series. 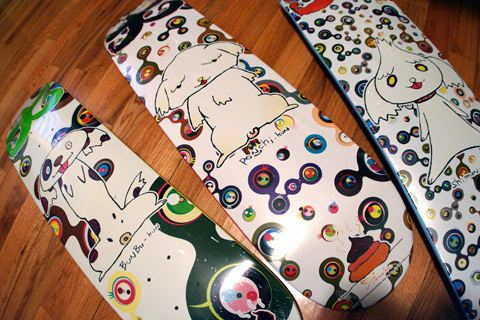 As of Monday morning, Takashi Murakami’s latest and most comprehensive exhibition is opening to the general public once again at L.A.’s MOCA. This is pretty much the man’s entire history of work, all the way up to his current projects involving animation and crazy-out-of-control Dob. There’s also a Louis Vuitton store that’s been installed in the middle of the show space, selling co-branded Murakami pieces that aren’t available anywhere else in the world. *Ahem* that’s where that whole art/commerce thing comes to a head,.. but I digress.

Although photographs have been disallowed since the official press showing last week, I was granted the opportunity to take photos of the exhibit this past weekend. But don’t be satisfied with online photos, which do little justice to the magnitude of these pieces. Make the trek out to the space.

Even if it’s raining. 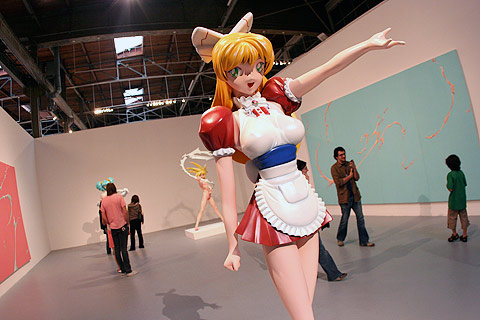 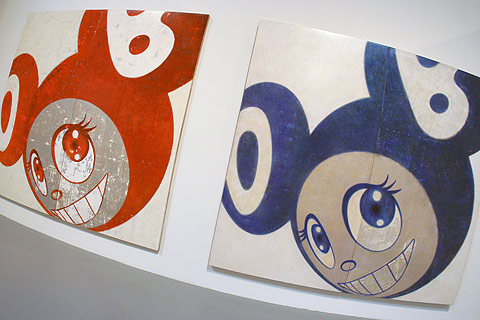 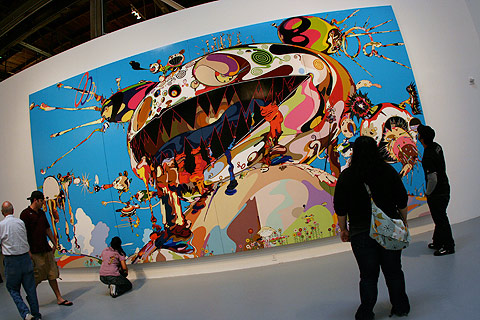 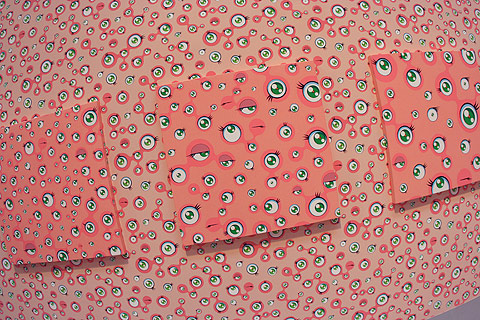 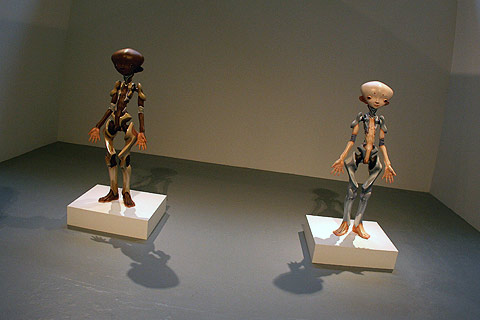 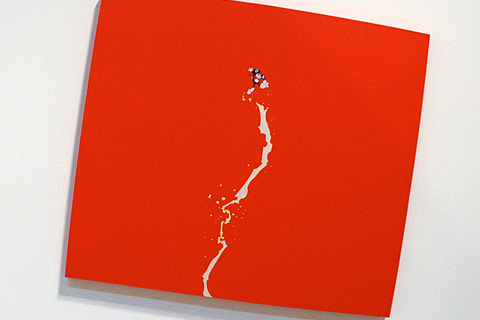 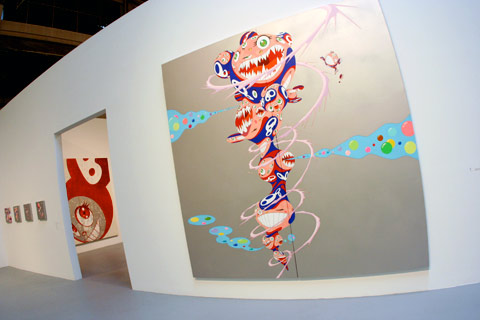 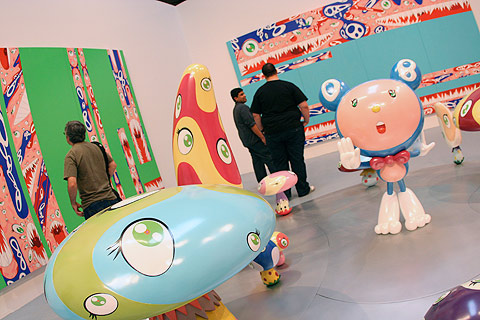 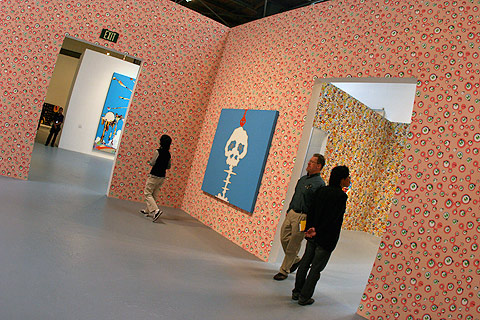 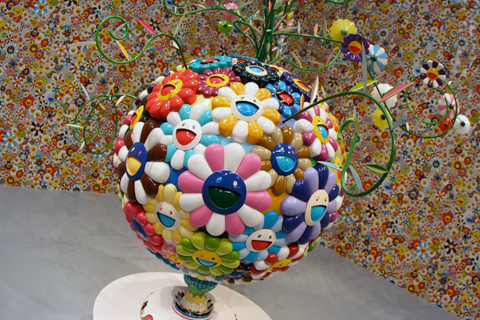 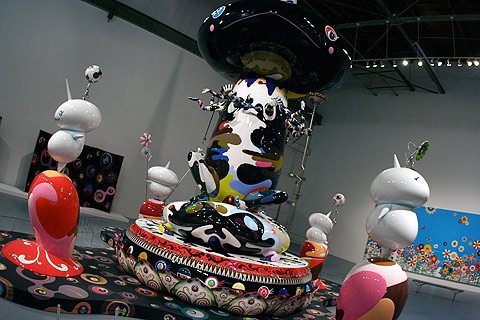 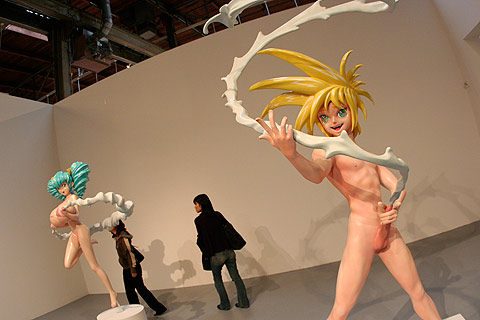 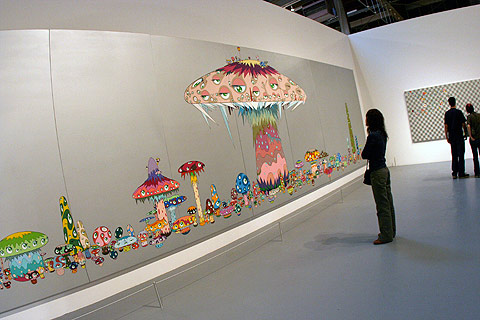 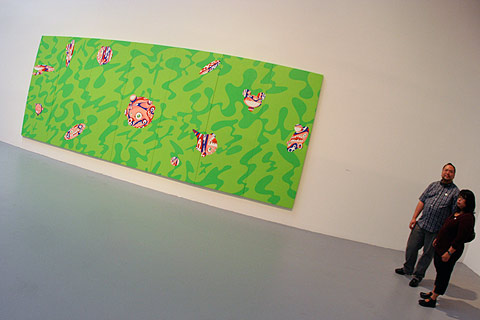 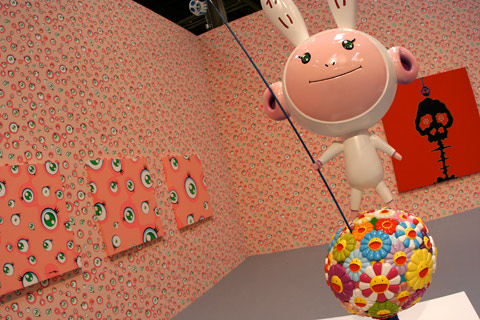 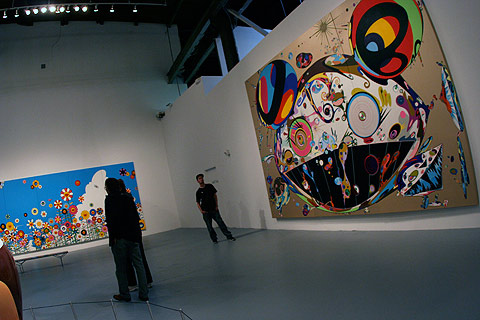 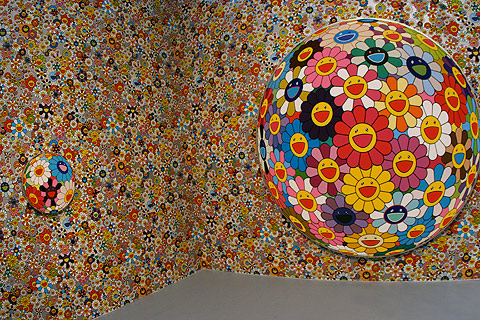 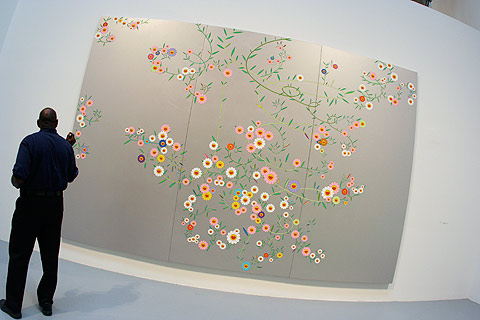 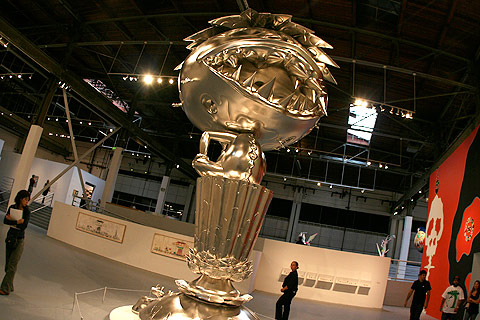 In certain kinds of writing, particularly in art criticism and literary criticism, it is normal to come across long passages which are almost completely lacking in meaning.
— George Orwell, “Politics and the English Language,” 1946